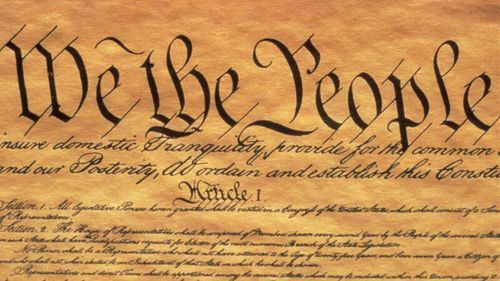 Zoning Should Be Unconstitutional

In rural Wyoming and progressive San Francisco, governments don’t agree on much. But they do agree on one thing: controlling how you use your land, or zoning. Zoning is the policy of creating specific zones that restrict building height, density, and use.

Perhaps this is a rare occasion where libertarians and liberals can converge, since when you let people do whatever they want with their land housing gets cheaper, people get better neighborhoods, and we reduce our impact on the planet.

My passion for this topic arises from founding AirGarage, which operates paid parking lots and aims to put them to a higher use. The entire premise for the company was enabled by zoning rules called "parking minimums" that mandated parking be overbuilt. Our first customer was a church that was required to build one parking space per pew even though there was a five-story university parking structure next door.

As an example of the negative cost zoning imposes on society, consider the First Church of Christ Scientist in Carmel, California. They originally tried to build affordable housing on their land, but after residents didn’t like that idea, the planning commission nixed the project. Then, the church tried to generate additional income with AirGarage by opening the parking lot to the public. The Carmel Planning Commission then sent a cease and desist because the lot is zoned for "single family residential." Now, the parking lot sits empty except for church services, and housing and parking are more scarce in the area.

These inefficiencies were part of the inspiration for starting CityDAO, which bought 40 acres of land collectively in Wyoming. We were surprised to learn that many onerous zoning restrictions applied even in rural Wyoming, for example, restricting each 40 acre lot to one single-family dwelling.

Zoning comes from a place of good intentions, like preventing factories from being built next to residential areas. But the negative costs have far outweighed the positives.

Zoning law is (probably) an infringement on property rights

The Constitution of the United States guarantees a right to own property. As a thought experiment, imagine that the government passes a law that forbids you from building anything on the property. What does it mean to own property if you can’t do anything with it? Do you even truly own it? Obviously this is an extreme example, but current zoning law exists somewhere on this spectrum, abridging some of the rights that ownership confers.

Since the fifth amendment allows private property to be acquired for "just compensation", one reasonable interpretation is that if the government uses zoning to limit how property can be used, they must compensate owners for the difference between the highest-value use and the allowed use.

Zoning should move towards allowing things by default

Today, zoning plans specify a narrow list of allowed uses. This makes it a lagging indicator of what the market wants and what is needed. In a way, zoning takes a snapshot of what a city looks like and embalms it - stifling innovative use cases and housing production. In fact, many of San Francisco’s apartments would be illegal to build today. Before zoning, markets dictated what was needed and if housing prices were high, skyscrapers got built and if the neighborhood needed a laundromat or corner store, an entrepreneur opened one.

Zoning change must come from the state and federal level

Local politicians are almost always beholden to their constituents, and even if they know what’s best for a city at large, they are often pressured to reject projects like affordable housing that is sorely needed but may cost them re-election.

In summary, zoning rules are probably unconstitutional, and if they continue to exist should be limited to preventing hazardous uses with significant externalities (say, pollution-emitting factories).