Yield vs. Return: What's the Difference?

Yield vs. Return: An Overview

Yield is the income returned on an investment, such as the interest received from holding a security. The yield is usually expressed as an annual percentage rate based on the investment's cost, current market value, or face value. Yield may be considered known or anticipated depending on the security in question, as certain securities may experience fluctuations in value.

Yield is forward-looking. Furthermore, it measures the income, such as interest and dividends, that an investment earns and ignores capital gains. This income is taken in the context of a specific period and is then annualized with the assumption that the interest or dividends will continue to be received at the same rate.

The current yield is the bond interest rate as a percentage of the current price of the bond. The yield to maturity is an estimate of what an investor will receive if the bond is held to its maturity date.

Return is the financial gain or loss on an investment and is typically expressed as the change in the dollar value of an investment over time. Return is also referred to as total return and expresses what an investor earned from an investment during a certain period. Total return includes interest, dividends, and capital gain, such as an increase in the share price. In other words, a return is retrospective or backward-looking. 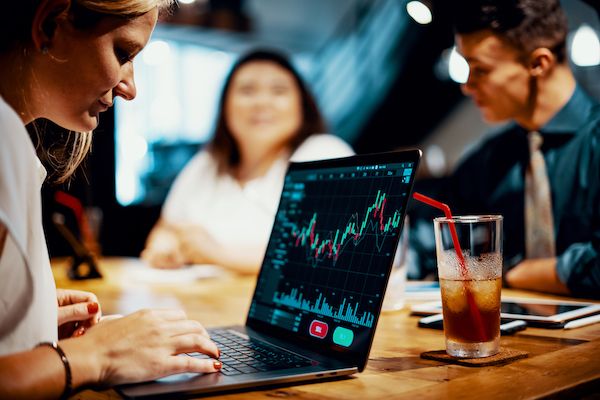 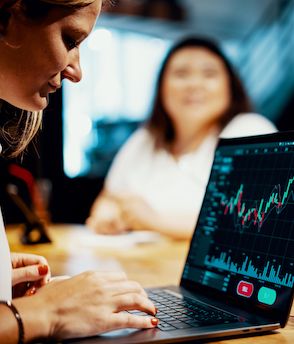 The Ultimate Guide to Dividend Investing

The investment landscape is shifting rapidly. These insights can help you make the most of new and existing opportunities.

Risk is an important component of the yield paid on an investment. The higher the risk, the higher the associated yield potential. Some investments are less risky than others. For example, U.S. Treasuries carry less risk than stocks. Since stocks are considered to carry a higher risk than bonds, stocks typically have a higher yield potential to compensate investors for the added risk.

The rate of return is a metric that can be used to measure a variety of financial instruments, while yield refers to a narrower group of investments—namely, those that produce interest or dividends.

The Rate of Return vs. Yield

Rate of return and yield both describe the performance of investments over a set period (typically one year), but they have subtle and sometimes important differences. The rate of return is a specific way of expressing the total return on an investment that shows the percentage increase over the initial investment cost. Yield shows how much income has been returned from an investment based on initial cost, but it does not include capital gains in its calculation.

Rate of return can be applied to nearly any investment while yield is somewhat more limited because not all investments produce interest or dividends. Mutual funds, stocks, and bonds are three common types of securities that have both rates of return and yields.

The formula for rate of return is:

In our earlier example, if a stock is bought for $50 and sold for $60, your return would be $10 for the investment. Adding the dividend of $1 during the time the stock was held, the total return is $11, including the capital gain and dividend. The rate of return is:

Consider a mutual fund, for example. Its rate of return can be calculated by taking the total interest and dividends paid and combining them with the current share price, then dividing that figure by the initial investment cost. The yield would refer to the interest and dividend income earned on the fund but not the increase—or decrease—in the share price.

There are several different types of yield for each bond: coupon rate, current yield, and yield to maturity. Yield can also be less precise than the rate of return since it is often forward-looking, whereas the rate of return is backward-looking. Many types of annual yields are based on future assumptions that current income will continue to be earned at the same rate.

Sponsored
Self-Directed Investing Simplified
Merrill Edge® Self-Directed is a great way to begin investing your money with helpful online tools & guidance. With Merrill, you can enjoy unlimited $0 stock, ETF, and option trades, with no annual account fees or balance minimums. Other fees may apply. You can also receive a cash bonus of up to $600 when you invest in a new Merrill account. Find out more and start investing today.
Take the Next Step to Invest
Service
Name
Description

Fidelity Investments
$0 commission for online US stock and ETF trades.

Yield to Maturity vs. Coupon Rate: What's the Difference?

How to Calculate Return on Investment (ROI)

What's the Difference Between ROI and IRR?

How to Calculate Your Portfolio's Investment Returns

How to Create a Modern Fixed-Income Portfolio

Partner Links
Related Terms
Understanding What Yield Involves
Yield is the return a company gives back to investors for investing in a stock, bond or other security.
more
Rate of Return (RoR)
A rate of return is the gain or loss of an investment over a specified period of time, expressed as a percentage of the investment’s cost.
more
What Is Gross Yield?
Gross yield is the return on an investment before taxes and expenses. It is calculated as return prior to taxes and expenses divided by current price.
more
What Is a Dividend Payout Ratio?
The dividend payout ratio is the measure of dividends paid out to shareholders relative to the company's net income.
more
Bond Yield Formula and Calculation
Bond yield is the amount of return an investor will realize on a bond, calculated by dividing its face value by the amount of interest it pays.
more
Understanding Bonds
A bond is a fixed-income investment that represents a loan made by an investor to a borrower, ususally corporate or governmental.
more

Investopedia is part of the Dotdash Meredith publishing family.