Why Tech Moguls Are Obsessed With Building Utopian Cities 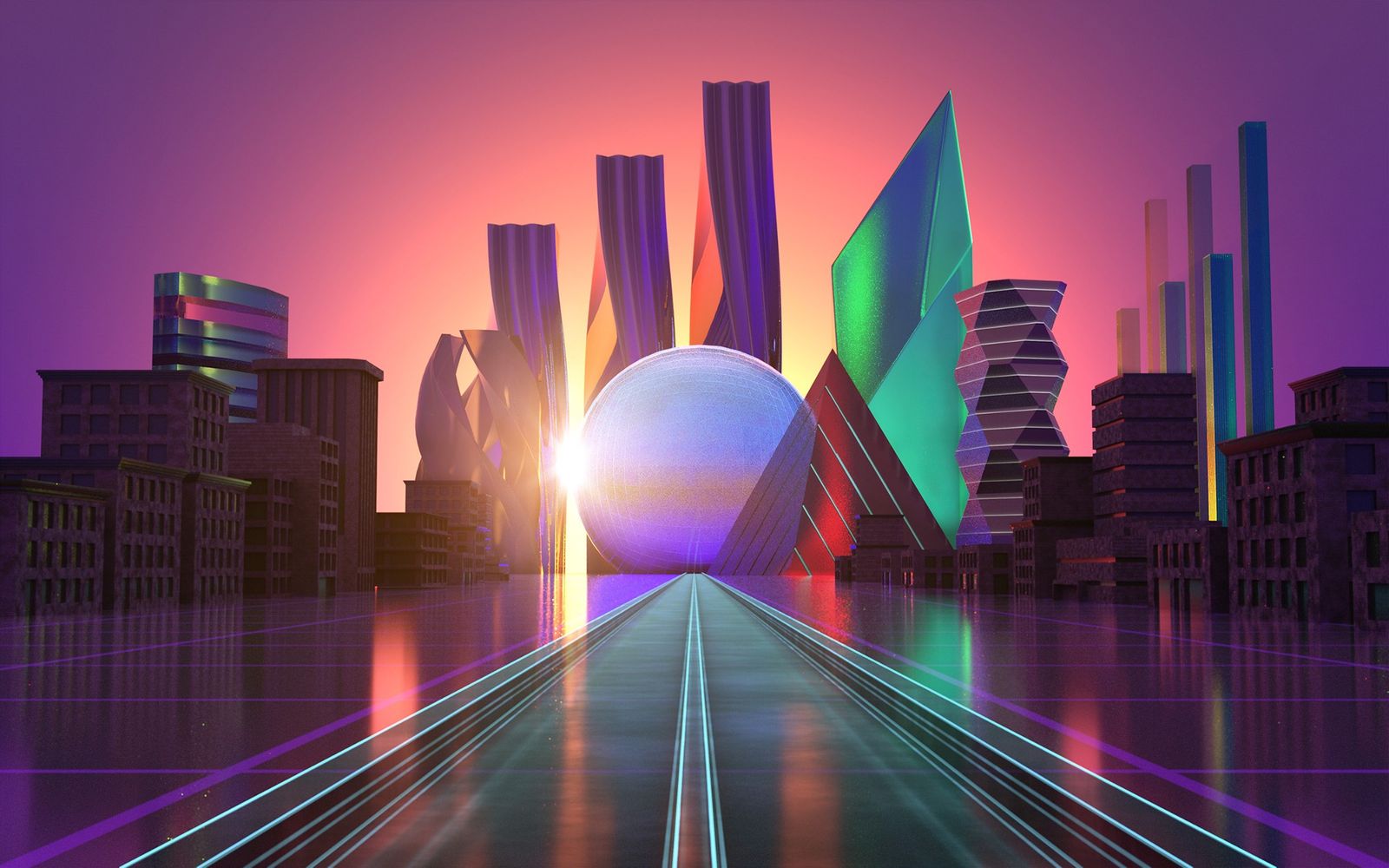 In historian Ben Wilson’s new book on the history of cities, Metropolis, he notes that the ancient Mesopotamian settlement of Uruk, considered urbanization’s first draft, actually came thousands of years after an elaborate stone worship site was assembled on a mountainside in present-day Turkey. "The temple came before the farm," he wrote. In other words, beliefs are more important than buildings.

This truism of city hatching is just as relevant today, at a time when tech moguls seek to refashion themselves as a different kind of founder. In a recent interview with Recode, Marc Lore, a billionaire serial e-commerce entrepreneur considered the brains behind Walmart’s successful online expansion, announced he’s retiring to join a rarefied club: tech titan turned city father. The logistics and efficiency expert, a founder of both Jet.com (the sale of which netted him nearly half a billion dollars) and a digital diaper delivery service acquired by Amazon, will turn his focus toward building a high-tech city of the future boasting "the vibrancy, diversity, and culture of New York City combined with the efficiency, safety, and innovation of Tokyo and the sustainability, governance, and social services of Sweden." (He’s quite partial to Stockholm).

It’s nothing short of a "new model for society we’ll be testing," he said, built on a "reformed version of capitalism." While details are sparse — Lore did not return Marker’s requests for comment — he’s compared the endeavor to that of a disruptive startup, arguing to CNBC that "there’s an opportunity here to test a new model for society, and just like in typical startup fashion, doing it on a clean slate is the easiest way I know how to do it. Trying to make change in the country as it exists today would be much tougher."

The tech industry is built on serendipity. If workers flee the Bay Area, what’s left?

In their most basic form, cities are markets, places to gather to trade goods and services. The smart cities being envisioned by contemporary tech leaders — Bill Gates’s desert metropolis in suburban Phoenix, the late Tony Hsieh’s revitalization of downtown Las Vegas, libertarian venture capitalist Peter Thiel’s (now defunct) dream of a seaborne floating settlement in the Pacific — are perhaps best seen not as visions of the future, but statements about their core beliefs, most pointedly around markets and the economy. These urban utopias, in a real and philosophical sense, represent the ultimate vision of scaling up.

The idea of one man building his own city, perhaps the ultimate collaborative human endeavor, can come across as a well-funded version of a child building their own tree fort. Zappos’ founder Tony Hsieh, when emailing a journalist about his vision to remake Sin City back in 2010, used the subject line "Playing SimCity in Real Life,’’ preceded by a smiley-face emoji.

Taken to its extreme, it’s only sensible that visionary, well-resourced tech founders, even with a lack of government experience, would take a step towards City 2.0, a blank slate model showcasing the superiority of their philosophy.

The stakes in such schemes are much higher than they are in even the most well-funded venture-backed startup. For consumers, the thrill of encountering new technology — testing out a ride-hailing service for the first time, or the game-changing experience of same-day delivery — is often followed by the realization that whomever created said magical experience made a lot of decisions about downstream consequences, power dynamics, and resource allocation. That’s much more pronounced at the urban scale: The beliefs that shape buildings also shape their inhabitant’s lives. Noted urbanist Lewis Mumford wrote that the impulse to build cities, "freed the community from the caprices and violences of nature—though no little part of that gift was nullified by the further effect of subjecting the community more abjectly to the caprices and violences of men." In other words, cities replace the laws of nature with the laws of men.

A significant number of tech firms that have become household names over the last decade — Uber, Airbnb, Bird, DoorDash, and Amazon — have engaged in a similar dialogue around urbanity, city life, and local government. If only the government could move at the speed of tech, and loosen stiff and outdated regulations, unfettered and unencumbered innovation would radically improve how we get around, where we stay, and how our marketplace operates. Taken to its extreme, it’s only sensible that visionary, well-resourced tech founders, even with a lack of government experience, would take a step toward City 2.0, a blank slate model showcasing the superiority of their philosophy.

How Compass Became the Bane of Real Estate

That explains why in 2008, Peter Thiel, a right-leaning entrepreneur who has encouraged startups to become monopolies, backed an as-yet unrealized scheme by the Seafarer Institute to build a man-made island near French Polynesia with its own cryptocurrency. It’s why Bill Gates — a software genius and ruthless monopolist turned global philanthropist — spent $80 million to purchase more than 24,000 acres of land to build his own smart city in suburban Phoenix, "a forward-thinking community with a communication and infrastructure spine that embraces cutting-edge technology." It’s why Sidewalk Labs, an urbanist think tank backed by Google’s parent company Alphabet, abandoned its plan to develop a next-generation sustainable, smart neighborhood in Toronto, in part due to complaints about data privacy and surveillance capitalism. Why wouldn’t a tech giant, built on monetizing data and predicting what people are looking for, be an uneasy digital overseer of a new neighborhood?

Company culture can’t help but bleed over into these urban visions; it’s infused their workplaces and architectural imprints (see Apple’s spaceship-like Silicon Valley home, impossibly precise engineering set above the fray). Hsieh, the founder of Zappos, a firm that exuded young tech bravado and a kinder, gentler vision of e-commerce, who tragically died from injuries sustained during a house fire late last year, sought to turn downtown Las Vegas into a playground of sorts for the young techies and startup founders it attracted. His effort had mixed results, helping re-establish downtown and catalyzing new businesses and festivals, along with attracting new development and displacement. By contrast, Amazon’s massive expansion, in its Seattle hometown as well as Virginia, New York City, and Nashville, was, via the HQ2 contest and battles over tax breaks and subsidies, indicative of the kind of coldly efficient, monopolistic strategy Amazon has always used when dealing with local leaders.

What kind of city-builder might emerge from Lore’s background? He’s a New Jersey-bred "human calculator," as his friend called him. He started trading stocks at 14, skipped class in high school to play blackjack in Atlantic City and eventually mastered logistics, helping to popularize many of the innovations — algorithmic delivery schedules, warehouse robots, and urban warehouses — currently shaping our shopping experience. Lore told CNBC that, during the course of his time at Walmart, "We tried a lot of things. We innovated. Not all of them are going to work. We learned from our failures."

Cities are certainly collective experiments writ large, that need to test boundaries, try new things, and evolve. But part of their beauty comes from complexity, chance, and the gradual coalescing of culture instead of calculating, iterative improvements. It’s not that these tech-led cities lack vision, or even a desire to make life better. They lack a certain perspective. Cities are messy, but they’re not a video game to be mastered.