Home / Resources / Blog / October 2016 / What is the difference in a PUD, a master planned community and a "regular" neighborhood

Email a friend Print this page

Do you know what the difference in a PUD, a master planned community and a "regular" neighborhood is

Over the 20th century, community development morphed from building one home at a time on a single lot to master planned communities where multiple neighborhoods and various businesses, schools and places of worship are combined into cities within cities. Traditionally, a municipality in cooperation with state laws, established zoning and land development ordinances which allowed residential construction. Such neighborhoods generally did not have governing documents which specified home design, size or configuration. Nor did they necessarily have open space or recreational or amenity space. In the years following World War II, many new residential developments were built. Developers and Cities extended water lines, sewer service and improved roads to new, contiguous areas. Mortgages became more widely available and the GI bill allowed for improved quality of life as veterans returned to school. Levittown is one of the first "modern subdivisions" in the United States. Locally, Charleston’s Byrnes Downs was one of our city’s first modern subdivisions built outside the peninsula. Today, across the Lowcountry, there are many localities each with their own planning departments, commissions and ordinances. These commissions manage and regulate the development of land within that municipality’s boundary.

As you search for a home in the greater Charleston area, you have undoubtedly read or heard the terms Planned Unit Development (PUD) and Master Planned Community (MPC). However, unless you are a student of urban planning, you may not know the difference between each of these types of planned developments. According to the Community Associations Institute (CAI) in 2015 "an estimated 68 million Americans—21.1 percent of the U.S. population in 2015—lived in common-interest communities, including homeowners associations, condominium communities and cooperatives."

Planned Unit Developments in the Lowcountry

PUDs are a type of comprehensively planned development. They are allowed by South Carolina law Local Government Comprehensive Planning Enabling Act of 1994 which sets forth how localities may go about the process of working with landowners who wish to set up a PUD. Ordinances regarding PUDs are set out by the city or town in which the PUD land lies. PUDs can be distinguished by a number of characteristics such as: open land for community and resident enjoyment and use; amenities such as tennis courts, swimming pools, biking, hiking, or walking trails; various types of housing such as single family homes, townhomes, condominiums, or apartments. In a PUD all residential unit owners are governed by a Homeowners’ Association. According to South Carolina law, "a 'Homeowners' Association'...means an incorporated or unincorporated entity upon which responsibilities are imposed, to include managing, maintaining, or improving the property and of which the voting membership is comprised of persons owning separate lots or units who are required to pay assessments to the association for the purposes delineated in the declaration and governing documents of the association." A PUD development has CC&Rs (covenants, conditions and restrictions) which specify rules and regulations for the community. These may cover all types of issues from where you may park your car, the type and number of pets, and landscaping and a home’s exterior appearance. CC&Rs also seek to prevent undesirable or detrimental conditions which would negatively affect a property’s value. According to the South Carolina Dept. of Health and Environmental Control, Office of Ocean and Coastal Resource Management (SCDHEC-OCRM), "PUDs allow developers to deviate from standard zoning and development regulations on large properties in exchange for site-specific open space conservation, mixed land uses, and other design innovations and improvements. Each PUD has unique land uses, densities, open space, and development standards that are described in a site-specific master plan, which must be reviewed and approved by the local government...The town or city council makes the ultimate decision regarding approval or rejection of the development; this usually results in a more politically oriented process than is the case for traditional subdivision developments." Local governments’ planning commissions generally have development agreements with PUD developers. These may allow the developer to "lock in" adherence to current zoning laws and regulations governing PUDs. SCDHEC-OCRM notes, "Development agreements are a tool that can provide for more predictable and orderly growth by allowing developers to "lock in" to existing, local land use and environmental regulations while providing local governments with a development timeline to better plan for necessary capital facilities."

A Master Planned Community is often referred to as a city within a city. These developments usually have multiple neighborhoods and different builders within each neighborhood. They, too, are governed by CC&Rs. PrivateCommunities.com defines MPC as "a PUD that is larger than 2,500 acres...The development type may comprise tens of thousands of acres and numerous individual subdivisions that include both single-family and multi-family homes. The MPC typically has an abundance of recreational and social amenities that are usually restricted for use by residents, exclusively." In the Lowcountry, Cane Bay, Carnes Crossroads and Daniel Island are examples of Master Planned Communities. In 2015 Cane Bay with a rank of 23, was one of the 50 Top Master Planned Communities in the United States. The first Master Planned community was in South Carolina — Sea Pines Plantation. According to a citation from Houston Galveston Planning Council, it "was built in the 1950s, on Hilton Head Island, South Carolina." The Houston-Galveston Area Council also notes of MPCs, "Most of these communities have a wide range of housing choices offered by multiple builders, which provides greater choice in type, floor plans, pricing, and lot sizes. Unlike subdivisions, the businesses in a master planned community are a part of the developer’s original plan and are built with the hope that as housing is developed, business will follow. A master planned community typically has its own defined community character with many of the details, such as architectural styles, building materials and common areas standardized throughout the development."

Benefits of a planned community

When you buy a home in a PUD or MPC, you will have an extra layer of governance and pay fees to your homeowners’ association. You will enjoy many more amenities as compared to residents of traditional neighborhoods and will be protected from non-compliant uses of property and obnoxious activities or poorly maintained homes. Search for a new home from one of the many planned communities in the Lowcountry.

Thank you for reading and sharing our articles from The Greater Charleston New Homes Guide. Our business is to know Charleston, SC's new home construction, home builders, neighborhoods, and homes so we may assist you as you take your new construction home journey. Please take the time to explore our site. The Greater Charleston New Homes Guide is considered the best and most reliable ‘local’ resource to new home construction, builders, neighborhoods, and homes throughout the Lowcountry since 2004. 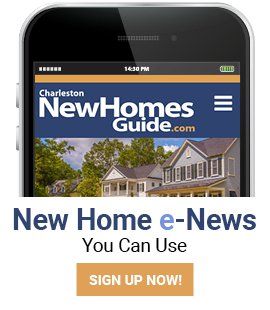 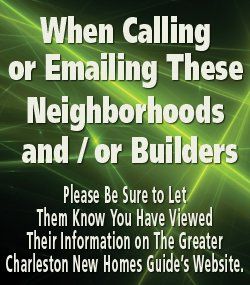 Get New Home e-News - News you can use!

All prices, features and special offers are subject to change without notice.