What Is an Investment Banker? An Overview

Investment banking is a draw for many interested in a Wall Street career, given the profession's high profile and handsome compensation. But the job title of investment banker says little about what one actually does. So, what do investment bankers do?

Investment bankers famously have a central role in the launches of initial public offerings (IPOs) by young companies preparing to go public. However, that's just one example of their work assignments.

Essentially, investment bankers are financial advisors to corporations and, in some cases, to governments. They help their clients raise money. That may mean issuing stock, floating a bond, negotiating the acquisition of a rival company, or arranging the sale of the company itself.

The Roles of the Investment Banker In Depth 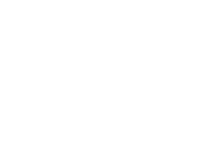 Investment bankers play a role in a number of financial activities undertaken by companies and governments. Below is an overview of the main types of deals they are involved in.

If a large company wants to build a factory, it probably doesn't have the cash on hand to do it. It may decide to issue a bond to raise the money to proceed with the project. The cost of the bond will be paid from the increased production generated by the new factory.

Similarly, a government may need to finance the construction of an airport, a highway, or any other large municipal project. If it issues a bond, it can do the work now and repay the bond from future tax revenues.

In either case, an investment banker may be brought in to arrange for the financing. The investment banker would plan the bond issuance, price it appropriately, complete the U.S. Securities and Exchange Commission (SEC) documentation required to issue the bonds, and finally help market the bonds to buyers.

The most cost-efficient way for companies to finance their growth and expansion is either by selling bonds or by selling stock. The investment banker also plays a role when it comes to arranging the sale of stock, or equity financing.

Suppose a young company decides to raise money for its expansion by launching an initial public offering, or IPO. It would first hire an investment banker to put together a prospectus for potential investors explaining the terms of the offering and the risks it carries.

The offering then has to be managed through the process of marketing to investors, explaining to the media, and gaining approval from the Securities and Exchange Commission (SEC).

The investment banker plays a leading role throughout each step of this process.

While arranging capital markets financing, investment bankers often undertake the underwriting of the deals for their clients. This means taking on much of the risk inherent in the process by buying the shares outright from the issuers and then selling them to the public or institutional buyers.

Investment bankers sell the shares at a markup to generate profit for their employers. The difference between the purchase price and the markup price is called the underwriting spread.

Not all companies want to go public. Investment bankers also help clients who prefer to raise capital through private placements rather than on the stock or bond markets. In such cases, the investment banker is expected to have the contacts and the credibility to get the sale done.

For instance, a company could sell an entire offering of bonds to a single institutional investor such as an insurance company or a retirement fund. This can be a faster and easier way to raise money since there is no need to register the placement with the SEC.[1]﻿ The government considers institutional investors to be more sophisticated than individual investors, so there are fewer regulations for private placements.[1]﻿

Acquiring or merging with another company is generally a drawn-out process of planning and negotiation. Investment bankers often have an advisory role in that process, particularly on arriving at a fair price for the deal.

Mergers and acquisitions can involve lengthy battles with investment bankers on both sides of the table evaluating a series of offers and counter-offers.

Investment bankers unquestionably help grease the wheels of capital markets, but they have attracted considerable criticism while doing it. The potential for conflicts of interest is at the center of much of that criticism.

The invisible barrier that is supposed to separate divisions of an investment bank in order to avoid conflicts of interest.

Wall Street's biggest financial powerhouses have an investment banking division, a securities research division, and a trading division. There is supposed to be a so-called Chinese wall separating these divisions and limiting communications between them.

The SEC has approved rules to address conflicts of interest between a firm's investment banking business and its securities research activities.[2

Investment bankers have been accused of pressuring analysts to favorably rate securities to please their clients and generate more investment banking business.

Another conflict of interest can occur if investment bankers, who have access to confidential information from clients related to their business and prospects, pass information to their firm's traders. Traders can exploit this insider information for an unfair advantage.

Wall Street and many of the players in it attracted the ire of the world following the 2007–08 financial crisis. Their role in the crisis led to greater scrutiny and regulation for the financial sector. The crisis, which came to a head after investment bank Lehman Brothers filed for bankruptcy in Sept. 2008, exposed the underbelly of Wall Street.[3]﻿

Although the luster of being a Master of the Universe was tarnished somewhat as a result, careers on Wall Street still remain a draw for top graduates.

Diversity figures for investment bankers specifically are not released, but the top jobs at the nation's leading banks are still dominated by white men.

According to data provided to the U.S. House Committee on Financial Services, about 17% of members of boards of directors identify as minorities, compared to 40% of the U.S. population. About 29% are women, compared to 50% of the population. None has a chief diversity officer who reports directly to a CEO.[4]﻿

That said, the industry knows it has a problem, and many of the banks have diversity programs that actively recruit promising women and minorities to the field.

Getting Started in Investment Banking

Investment bankers are deal-makers, and getting themselves hired is the first deal they have to pull off.

A college degree with a major in finance or economics from a prestigious school is practically a pre-requisite. An MBA, an advanced degree in math, or a Chartered Financial Analyst (CFA) certification can improve the prospects of a candidate.

Networking informally and formally is crucial. An internship at a top firm can help someone get onto the first rung on the ladder. It's also key for gaining experience on-the-job.

Appearances count, too. Investment bankers mingle with tycoons, and they're expected to blend in.

How Do You Get Into Investment Banking?

There are several formal licensing tests from the Financial Industry Regulatory Authority (FINRA) that are pre-requisites, including the Series 9, the Series 63, and the Series 79.

As noted above, a business degree and an MBA are helpful as educational background.

And, there are a number of other skills that don't necessarily come with a degree. Investment bankers are persuasive and tenacious. They have the people skills to build a network, and the negotiating skills to get deals done.

How Much Do Investment Bankers Make?

What Are the Big 4 Investment Banks?

The big four are JPMorgan, Goldman Sachs, Citigroup, and Morgan Stanley. Some other global giants are treading right on their heels, including Deutsche Bank, Barclays, Credit Suisse, and UBS.

There are at least 100 highly-regarded global investment banks. These are banks that provide a full range of financial services to companies and high-wealth individuals.

What Are the Types of Investment Banking?

Virtually all investment banks today provide a full range of financial services. The types are defined more by scale or specialty than by function. A regional boutique bank might specialize in a particular area such as mergers and acquisitions. An elite boutique bank takes on only the biggest clients.

The bulge bracket banks include the Big Four, plus all of their close rivals. They dominate the financial activities of the Fortune 500.

Investment bankers play a role in helping their clients raise capital to finance various activities and expand their businesses. They are financial advisory intermediaries who help companies and governments raise money for various uses.

While this activity helps smooth the wheels of capitalism, the investment banking industry has come under scrutiny, particularly because it plays a key role in so many elements of the process of raising money.