We're not dumber than our ancestors, we just have power tools 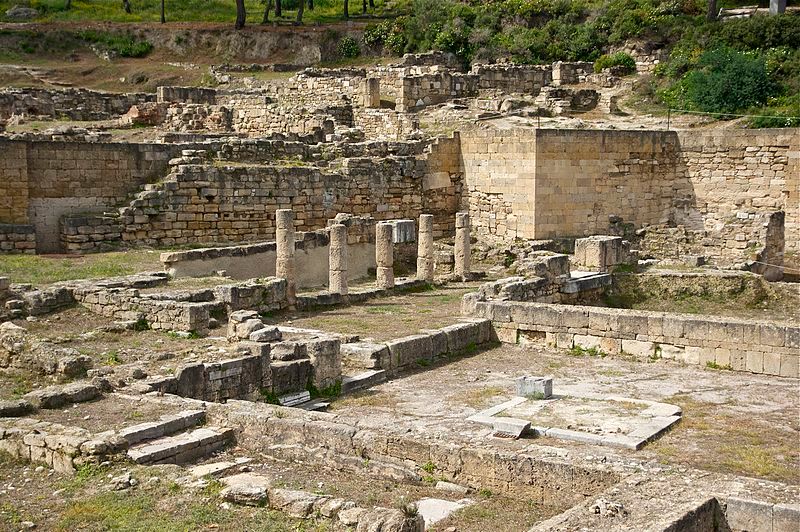 The ruins of Rhodes (Source: jebulon)

In 305 BCE, Demetrius, the eventual king of Macedonia, laid siege to the city of Rhodes. Rhodes was an important sea port, gateway to the Aegean Sea, and significantly for Demetrius, a friend of Ptolemy I and his Egyptian dynasty. The Macedonians saw the conquest of Rhodes as an opportunity to plunder a wealthy center of trade while simultaneously cutting off a potential supplier of ships and arms to their Egyptian rivals.

After a year of sustained efforts to overtake the city failed, Demetrius and his forces turned back to Macedonia. The Rhodians celebrated their victory by gathering the supplies and materials left by the Macedonians to turn into The Colossus of Rhodes, one of the seven wonders of the ancient world.

The Colossus was an ancient marvel — a statue roughly the size of the Statue of Liberty. It was constructed by building earthworks around the lower parts as higher parts were built. Once completed, the earth was dug away to reveal the giant figure gazing out over the harbor of Rhodes. The Colossus stood sentry over the Port of Rhodes for little over 50 years before being felled by an earthquake; the spoils of war and a generation’s labor reduced to rubble, never to be remade.

The ancient world was filled with grand schemes that have all failed in some form or another. The Roman Empire once stretched across Europe, North Africa, and into the modern Middle East, only to collapse as its ossified society could no longer maintain power over distant lands. The same fate befell the Egyptians. Our human history is a story of boom and bust, expansion and contraction.

At Strong Towns we often talk about the hubris of our modern development pattern. We have vastly overbuilt our infrastructure. Our policies for managing urban growth actively promote unprofitable development and undermine profitable development, relying on a ponzi scheme to stay afloat. When you do the math it’s no surprise many of our cities are functionally insolvent.

The history of urban development in the last century or two is far too complex to boil down to a single isolated dynamic that bears the blame for our current predicament. One of the causes we focus on here is the departure from traditional city-building principles of incremental improvements driven by local actors in favor of ever-larger investments made by outside actors, coupled with top-down, orderly-but-dumb forces that drive most development today — an industrial approach to city building that sees our neighborhoods as factory widgets to be standardized for mass production, not as complex ecosystems to be nurtured.

While this approach is markedly different in scale from the way we have built successful cities for millennia around the world, I think it’s important to recognize that the impulses that have led us here are human impulses. It’s the same drive that took the Romans into Persia and Spain, the same appetites that brought the Spanish into South and Central America, and yes, the same celebration of plenty that drove the Rhodians to erect a giant metal sculpture on the banks of the sea.

"We’re not constitutionally divergent from our ancestors, but there are some significant differences that make our circumstances particularly explosive."

We’re not constitutionally divergent from our ancestors, but there are some significant differences that make our circumstances particularly explosive. For starters, mechanization and the energy orgy brought on by the ubiquitous use of fossil fuels has dramatically altered the scale at which our societies can operate. It would have taken weeks or even months to cross the greatest empires of our ancestors; we can fall asleep on an airplane and wake up halfway around the world. The reach of computer technology connects us instantaneously to people and markets virtually anywhere on the globe. It’s not that these advances are necessarily deleterious — most of humanity enjoys at least some of the benefits accrued by these trends in the form of affordable vaccines, greater food security, and communication with distant loved ones — it’s that they have also amplified our ability to overextend, making a potential collapse all the more precipitous and painful.

At the same time, the last few centuries have ushered in the dominance of liberal (in the classical sense) philosophy, which prizes individual initiative and autonomy over all else and envisions the state as a vehicle for securing individual rights. There are clear benefits to this development as well — as a religious minority I cherish my First Amendment right to practice religion as I please — but liberal ideology carries costs as well. Patrick Deneen argues in Why Liberalism Failed that the price of individualism has been the systematic weakening of traditional sources of social stability and informal governance as well as, paradoxically, the expansion of state power over everyday life.

Deneen also describes how liberal principles have tended to divorce us from the past and the future so that we live in an ever-present now. Quoting Alexis de Tocqueville:

[Aristocracy] links everybody, from peasant to king, in one long chain. Democracy breaks the chain and frees each link. . . Thus, not only does democracy make men forget their ancestors, but also clouds their view of their descendents and isolates them from their contemporaries.

"The cultural forces once responsible for instilling virtue and a sense of shared destiny in each person — as imperfect as those cultures were — have been undermined at the same time that we’ve amplified the potential energy wound up in the system."

Liberalism makes humanity into mayflies, and unsurprisingly, its culmination has led each generation to accumulate scandalous levels of debt to be left for its children, while rapacious exploitation of resources continues in the progressive belief that future generations will devise a way to deal with the depletions.

Over millennia of trial and error, our ancestors developed cultural conventions that tended to curb the greatest excesses and dull the force of the natural cycles that we’ve faced since we first crawled out from the ocean millions of years ago. We now face a double-whammy: the cultural forces once responsible for instilling virtue and a sense of shared destiny in each person — as imperfect as those cultures were — have been undermined at the same time that we’ve amplified the potential energy wound up in the system, ready to fling us groundward from the heights we’ve reached.

I don’t pretend to have an easy solution to our predicament, but we can’t begin to correct course if we don’t face the all-too-human foibles within all of us that drive us towards our uncertain future. 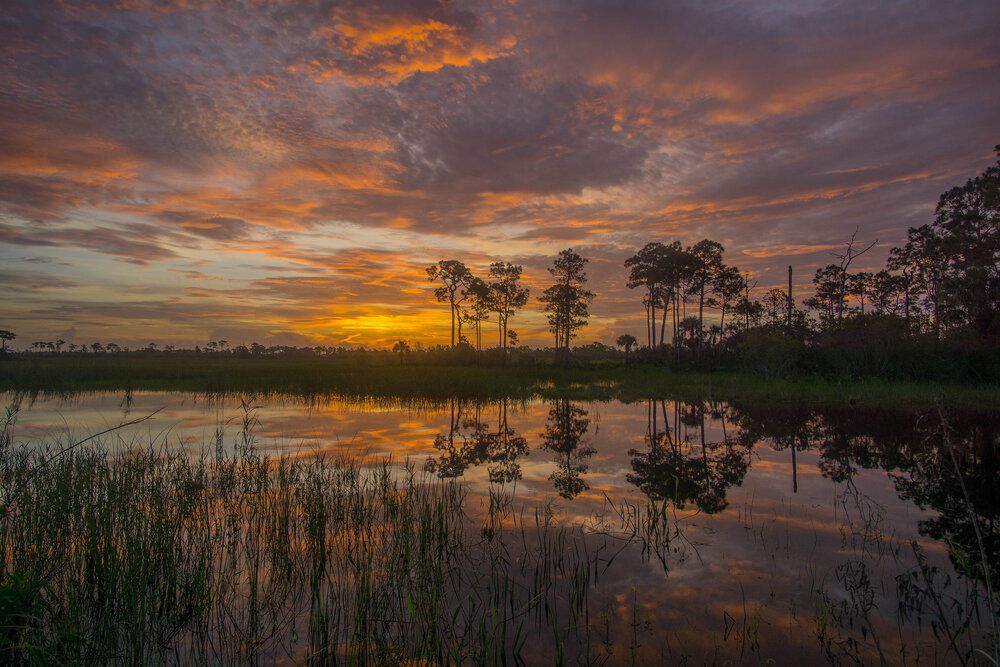 Who Pays for Growth in Collier County, Florida: Part 1

In this new series, we’re looking at Collier County as a case study for how insolvent growth persists in Florida. What's the history behind Collier’s development, and where is it headed? 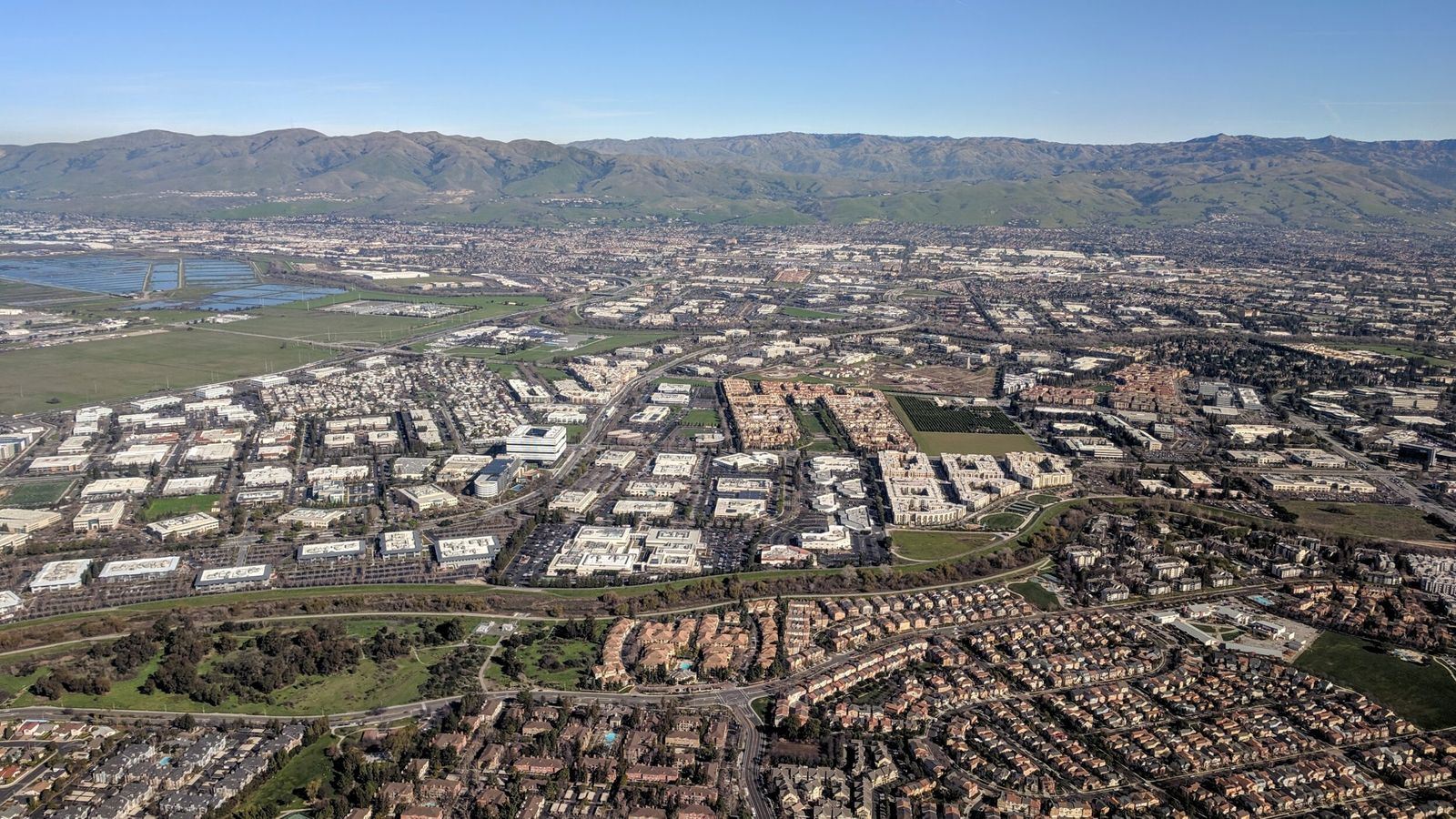 The "growth machine" is too big to fail. What if it fails anyway? 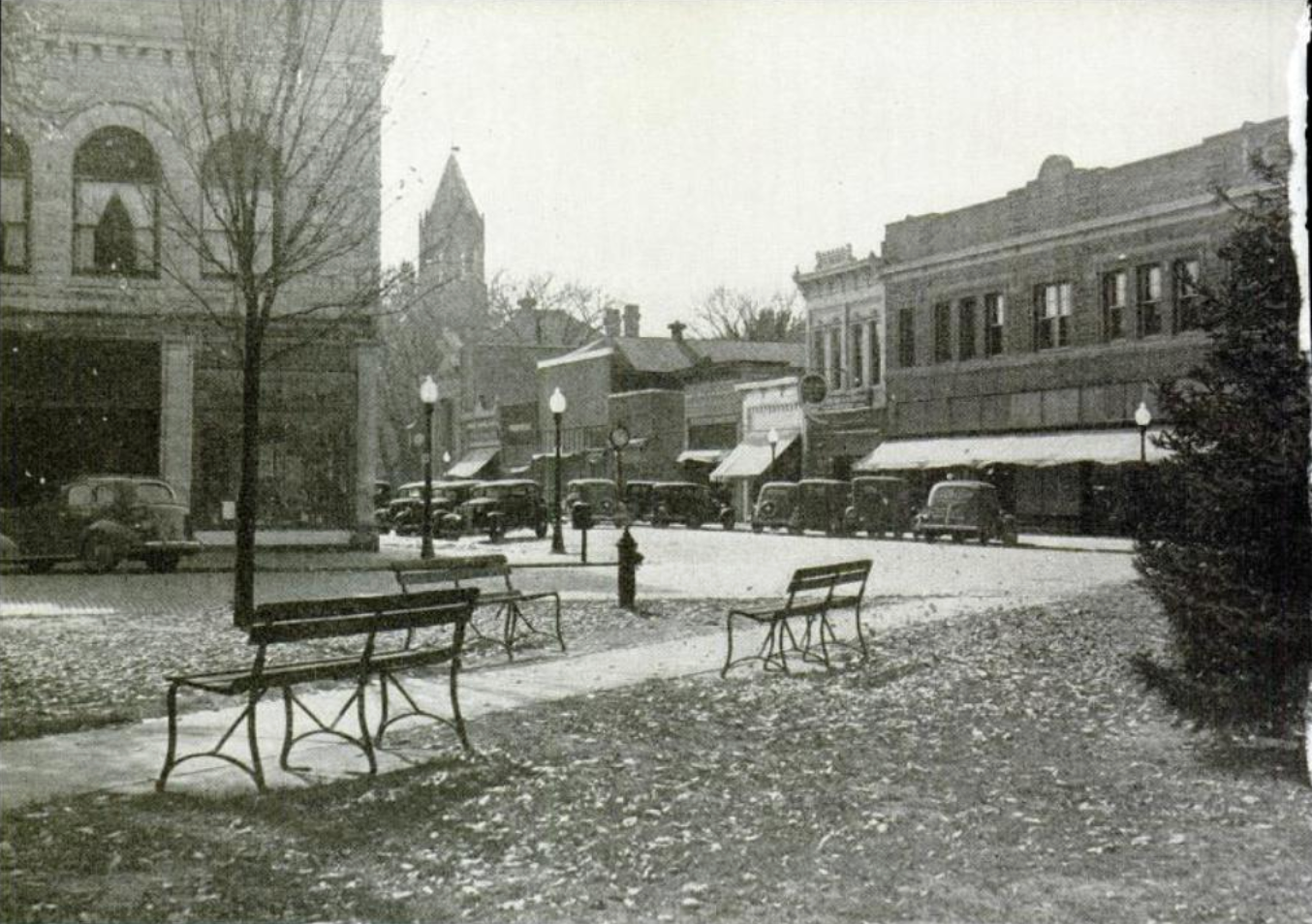 When the Feds Believed in Strong Towns

After World War II, the federal government subsidized a massive suburban experiment that was completely unprecedented in human history. But—as a mostly-forgotten 1942 manual by the Department of Commerce makes clear—it didn’t have to be that way. 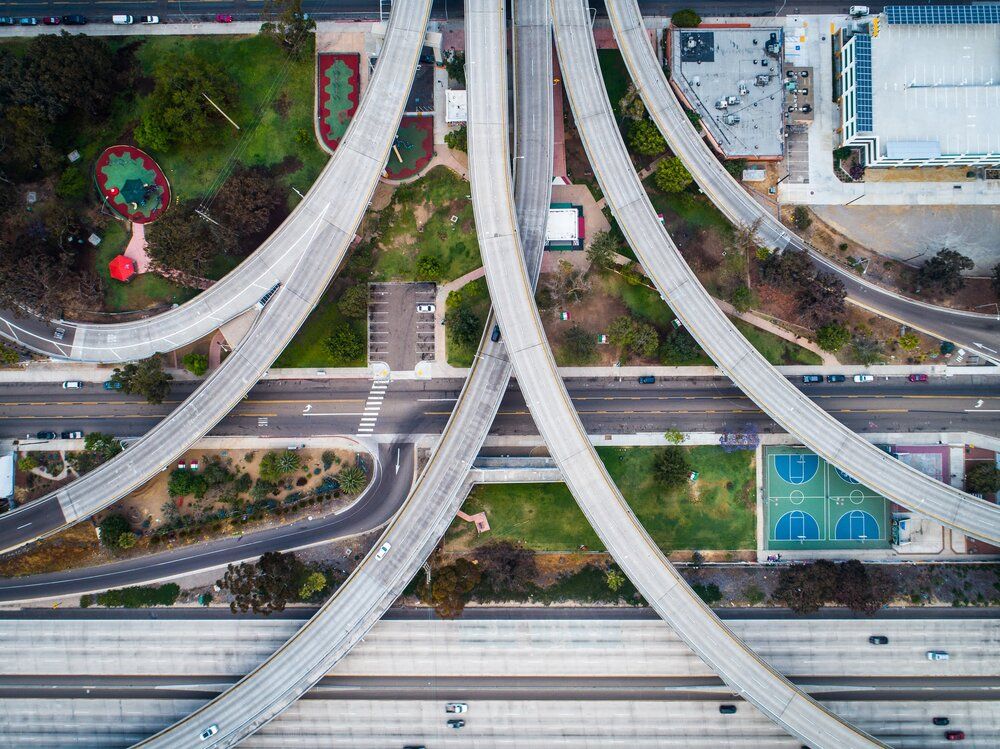 The American pattern of development creates the illusion of wealth. Today we are in the process of seeing that illusion destroyed…and with it the prosperity we have come to take for granted. 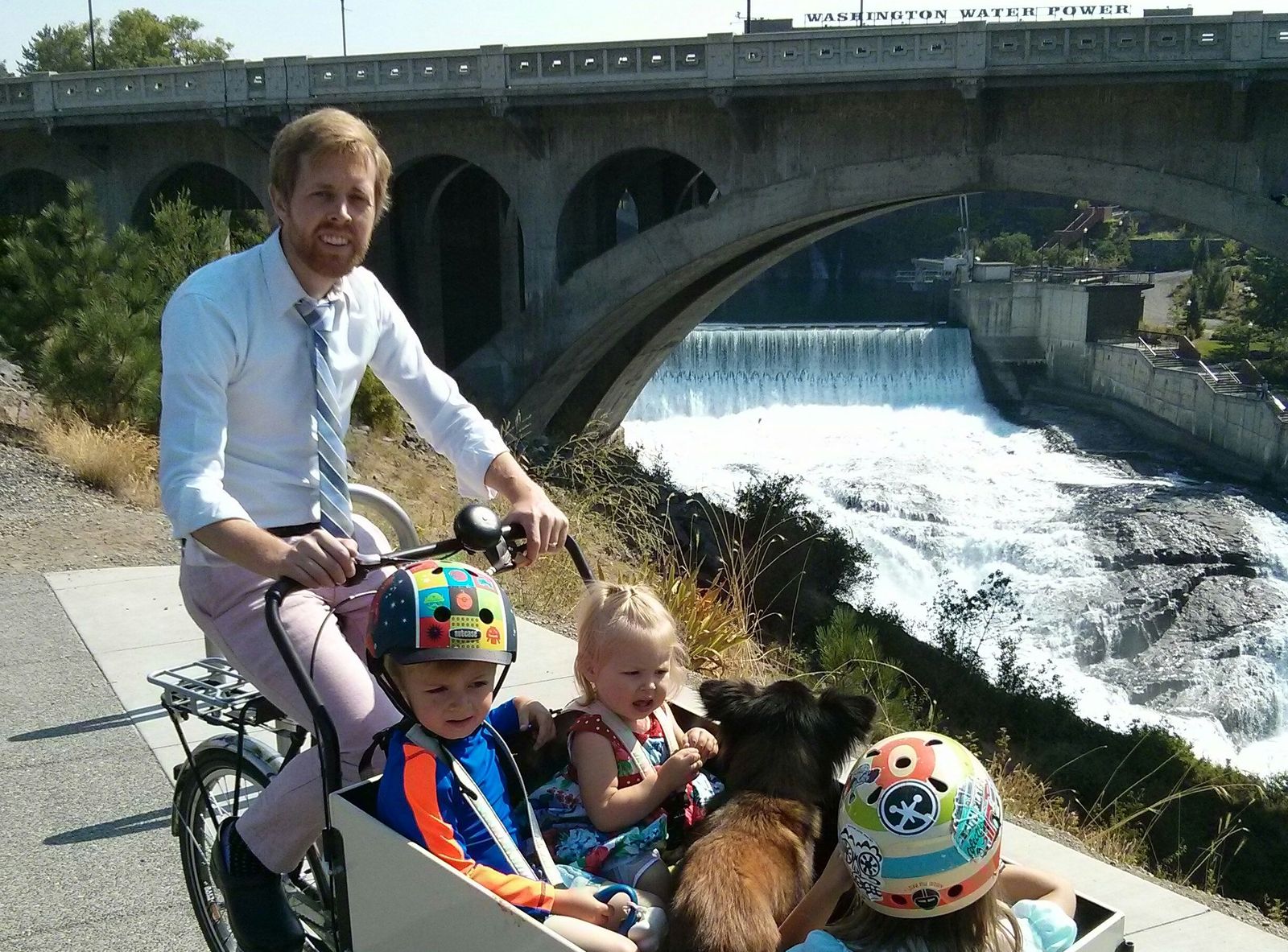 Spencer Gardner has been writing for Strong Towns since 2016. He is a transportation planner based in Spokane, WA, who spends his spare time chasing his children, riding bikes, and doing hobbyist computer programming. He's also getting started on his own missing middle development project in Spokane's West Central neighborhood.


× Comments for this thread are now closed