Sam Walton’s heirs have an estimated net worth of more than $90 billion. To put that into perspective, the Walton family is as rich as Bill Gates and Warren buffet combined. Virtually all of this wealth came from Wal-Mart Stores, Inc., the publicly traded company that operates as the world’s largest retailer, bringing in a staggering $400+ billion in annual revenue.

[mainbodyad]What most people don’t know is that almost all of the family’s fortune is held through private holding company known as Walton Enterprises LLC that serves as the investment vehicle for the family. Sam Walton was smart enough to know that he didn’t just want to own retail stores – he bought banks, newspapers, and other assets along the way. It just so happens that same holding company is the vehicle through which he wielded control of his retail empire and that it became so successful, people associated him with it. Had Wal-Mart been just another regional retailer, though, the Walton family would have still ended up rich from their diversified investments.

Today, Walton Enterprises LLC Is Funded By Wal-Mart Dividends and Other Subsidiaries

Walton Enterprises LLC is the modern day incarnation of early ownership structures including a limited partnership through which Sam and his family owned their assets. Throughout the year, members of the Walton family meet to discuss how they want to handle the money held within Walton Enterprises LLC. Each year, the company generates billions in dividend income that they need to decide how to redeploy. 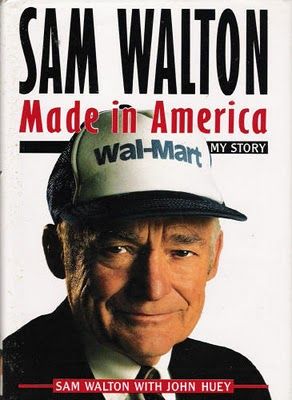 You can learn more about the history of Wal-Mart and his life in the Sam Walton – Made in America autobiography. Click on the image to see the product page at Amazon.com, where it is really inexpensive.

How big are those dividends? Walton Enterprises LLC owns an estimated 1,680,506,739 shares of Wal-Mart stock. The entire Wal-Mart company is divided into 3,636,547,192 shares. That means that the family holds somewhere around 46.2% of the firm with other investors owning the other 57.4%. We know that Wal-Mart Stores pays a dividend of $1.21 per share. That means that the family holding company, Walton Enterprises LLC, collects a staggering $2,033,413,154+ before taxes each year in dividend income.

To put that in perspective, Walton Enterprises earns almost $5,570,995 in pre-tax dividend every 24 hours! And that doesn’t even include the other investments, which we will discuss in a moment.

In addition to their equity stake in Walton Enterprises LLC, each of the individual family members owns somewhere between 2.8 million and 11 million shares of Wal-Mart Stores stock outright, in their own name. It is reasonable to assume that the dividend income on those shares would go directly to each owner, who could use it to support their lifestyle, give to charity or build their own investments. Much of this was bought by the Walton children along the way or at the time of the Wal-Mart IPO.

There are also a series of charitable foundations, trusts and other structures that aren’t publicly known, through which the Walton family holds investments that serve to support worthy causes.

Not content to just own his retail store, Sam Walton and his family did what any successful entrepreneur does when he finds himself in possession of more cash after having a good year: They invested it in something.

[mainbodyad]They founded Arvest Bank and began rolling out bank branches throughout the states surrounding Arkansas. Some of the bank branches are found within Wal-Mart stores and they even have a service that helps Wal-Mart employees deal with their stock options.

Well … actually back in the 1980’s there was a rumor (but I don’t know if it is true or not) that Walton bought a bank that turned him down for a loan to expand Wal-Mart when he was first starting his company. He then fired the entire staff. He figured if they were too stupid to tell that he was a good risk, they wouldn’t be good bankers. Like I said, it may just be an urban legend, but even if it is, it’s a nice story.

Today, Arvest has 200+ bank branches, $11+ billion in assets, and a $1+ billion net worth. In fact, in only a few short years it is likely that the Arvest bank holding alone would qualify the Walton family for inclusion on the Forbes 400 list of richest Americans, even if Wal-Mart didn’t exist.

Sam Walton also bought the Benton County Daily Record, which allowed Sam to publish Wal-Mart advertisements at almost no cost. The company now operates under the parent Community Publishers, which is owned by Walton Enterprises LLC. He then started buying up newspapers back in the days when they offered 40%+ profit margins, giving him another source of passive income.

This has lead to an interesting concentration of power in the hands of the Walton family in Northwest Arkansas. Consider what Fortune magazine wrote in 2004:

Consider for a moment the power that Wal-Mart and the Walton family hold in the northwest corner of their state. It’s not unlikely that an individual works at Wal-Mart, owns Wal-Mart stock in his 401(k), banks and has his mortgage at Jim Walton’s Arvest, gets his news from the Benton County Daily Record, and perhaps even has a subscription to the Walton Arts Center. While a few people have complained about this concentration of power, generally the populace has no objections. The Waltons have done well to maintain a level of independence among these operations. (The Benton County Daily Record, for instance, recently ran some anti-Wal-Mart ads paid for by a group in Vermont.) And because of the Waltons’ success in business— and that of people like Tyson and Hunt— Bentonville and the surrounding towns and counties are growing so fast that most folks are just too busy to care.

The Reasons I Like the Walton Enterprises LLC Business Model 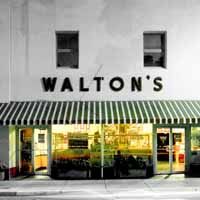 Sam Walton began his small retailer in Bentonville, Arkansas. When Wal-Mart Stores, Inc. later went public, he held most of his shares through a family holding company called Walton Enterprises LLC, which was divided among him, his wife, and his four children. Today, that family holding company owns more than $90 billion worth of Wal-Mart stock, receives more than $2 billion a year in dividend income, owns a bank with assets in excess of $11 billion and more.

One of the things I think is beneficial about the Walton Enterprises LLC business model is that it forces the family to act and think like a unit. Everything is done by consensus and they speak three times a year about how they are managing their fortune. In fact, it has been reported that the officers and managers of the publicly traded Wal-Mart Stores give a presentation on the state of the business directly to the Walton clan every Christmas.

If the entire Walton family votes not to pay a dividend out of Walton Enterprises, then the money gets retained. One rogue person couldn’t take the entire thing down … they are a clan and have always been such.

But what makes me love this country is that all of that immense wealth came from a tiny five-and-dime store in the middle of nowhere by a guy with almost no money but a lot of drive. The family retained their earnings, lived modestly, and loved what they did. They weren’t buying gold-plated faucets or $2,000 cashmere sweaters. They just wanted to be the best merchants in the towns where they competed. They focused on the small things, day in and day out, and over time, compounding did the rest.

They didn’t cheat. They didn’t steal. Everyone else was free to invest in distribution systems like they did to lower costs. They started with enormous disadvantages compared to Sears and K-Mart. And yet, they won. Wal-Mart is so efficient that 70% of the merchandise is sold to customers before the company has even paid the vendor for it! Anyone intelligent enough to see what he was building back in the 1970’s got very, very rich by buying the stock. In fact, if a competitor had realized how successful Wal-Mart was, sold their inventory and shut down their store, putting the money from the liquidation into shares of Sam’s company, they would likely be multi-millionaires today. 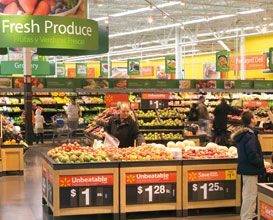 As shown in the Walmart annual report to stockholders, the company is one of the most successful enterprises in the history of the world – it is almost unbelievable how it has grown from a tiny five-and-dime. In fact, just walking into a Walmart makes me happy because I think of what it took for Sam Walton and his family to build it. It is a testament to all that is good and right about the United States. The Walton family controls Wal-Mart Stores through Walton Enterprises, LLC.

It is like I explained to the Dairy Queen franchisee over at About.com, a division of The New York Times in an article called How to Turn $10 a Week into $10 Million. Someone in a small town could start a holding company, and even if they just reinvested a small amount annually – say $25,000 – at the average return on book value of 12% (since they are the only owner and effectively paying 1x book, this would be their return) – they would have almost exactly $60,000,000 in fifty years.

Why do you think that I spend so much time driving my family members to save during their 20’s? I know if I can get them in control of assets around the time they are 30, inertia will take over and, short of doing something spectacularly stupid, they should end up rich, even if they have no interest in finance or stocks like I do.

Oh, yeah … and my favorite part of the Wal-Mart story? Sam Walton was 44 years old when he founded the company. He wasn’t a spring chicken. Just like Rose Blumkin, who was in her 40’s when she founded Nebraska Furniture Mart, which is worth hundreds of millions of dollars today, you are never too old to start. Even if you have nothing right now, you aren’t a "loser" unless you stop playing the game … you are just temporarily knocked down. As long as you keep pressing "restart" and you are alive, you only have to do it right and get rich once. It doesn’t matter how many failure attempts it takes to get there.

Ultimately, many Walton watchers expect the bulk of the Walton Enterprises LLC assets to go to charity.