The military acted with a ferocity and thoroughness previously unknown to Uruguay. Thousands of people were arrested—reputedly giving the nation the highest ratio of political prisoners to population in the world—and numerous human rights abuses were perpetrated, including torture, killings, and disappearances. The junta also outlawed political parties, dissolved unions, and heavily censored the media in order to strengthen its hold on power and force a new economic outlook on the citizenry. The regime held wages down, forbade strikes, attracted capital from foreign banks and lenders by setting high interest rates, and encouraged industrialists and ranchers to borrow and modernize. Though real wages fell and many businesses failed because they could not compete with cheap imports, the policy had some successes, including an increase in manufactured exports, a building boom, and Montevideo’s reemergence as a banking and financial centre; in addition the government built roads and other public works. In 1980 voters rejected the military’s proposed new constitution in a plebiscite—much to the military leaders’ surprise, because they controlled the media and severely restricted the political opposition. The plebiscite greatly damaged the regime’s legitimacy.

Economic conditions also deteriorated. In the 1980s foreign loans became more difficult to acquire, and Uruguayan trade was limited when Argentina’s economy suffered a downturn, caused partly by the Falkland Islands War (1982). The military government, despite previous assurances, was compelled to let the exchange rate of the Uruguayan peso fall. Businesses, ranchers, and the government saw their debts dramatically increase. With Uruguay’s economic crisis worsening, the military reluctantly negotiated a return to democratic rule.

Julio María Sanguinetti, a Colorado Batllista, was elected president in November 1984 and inaugurated the following March. Sanguinetti attempted to appease the military—and to safeguard against a coup—by sponsoring a general amnesty (1986), despite calls for criminal trials. Uruguay’s enormous foreign debt inhibited economic recovery, but Sanguinetti refused to embark on dramatic economic programs that would have entailed high risks. A referendum in April 1989 upheld the amnesty law, but the Colorado Party lost the subsequent presidential election to the Blanco candidate, Luis Alberto Lacalle.

The Lacalle administration (1990–95) carried out economic reforms and made Uruguay a member of a regional economic bloc, the Common Market of the South (Mercosur), in 1991. Uruguay’s economy grew markedly, largely because of trade with its Mercosur partners, but the country also became more vulnerable to economic shifts in Brazil and Argentina. Lacalle’s policies were seen as a threat to Uruguay’s long-standing welfare system, and voters in a referendum rejected his plan to privatize the state-owned telephone company. This defeat, coupled with charges of government corruption, brought about a roughly three-way split in the 1994 elections between the Colorados, the leftist coalition Broad Front (Frente Amplio; FA), and the Blancos. Sanguinetti was elected to a second nonconsecutive term (1995–2000), and a constitutional amendment in 1996 simplified the method for electing the president (the old "double simultaneous voting" system, which had effectively combined primaries and final elections, had unfairly favoured the traditional parties). The Colorados retained the presidency in 2000 following the election of Jorge Batlle Ibáñez, son of Batlle Berres and great nephew of José Batlle y Ordóñez. Meanwhile, the FA held onto the mayoralty of Montevideo, which it had controlled for a decade.

In 2005 Tabaré Vázquez became Uruguay’s first leftist president, having secured a win in the 2004 presidential election. In concurrent legislative elections, the coalition of left-wing groups led by Vázquez—the Progressive Encounter–Broad Front (Encuentro Progresista–Frente Amplio; EP–FA)—won a majority in both houses of the General Assembly for the first time. During his term, Vázquez was credited with improving an economy that had been beset by years of negative growth; financing social programs; and investigating disappearances, murders, and other crimes committed under the military regime. 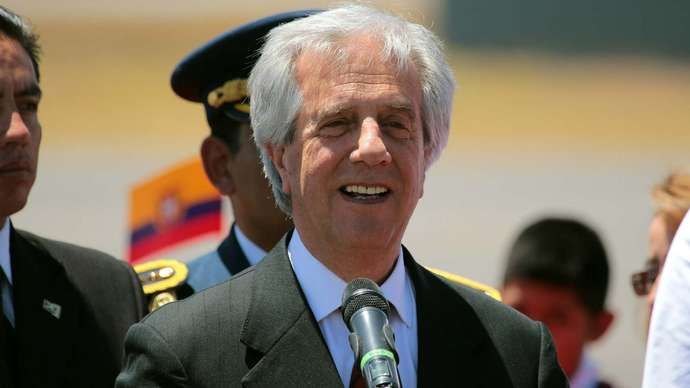 In the first round of the presidential election in October 2009, the EP–FA’s presidential candidate, José Mujica, a senator and former left-wing guerrilla, won just less than half the vote, which was not enough to avoid a runoff election against the runner-up, former president Lacalle of the Blanco Party. In a referendum, voters also rejected the proposed revocation of an amnesty law shielding military officers from prosecution for human rights abuses during the period of military rule. The amnesty law had been approved by voters in a 1989 referendum. In the November 2009 runoff election Mujica was elected president of Uruguay with more than half of the vote. 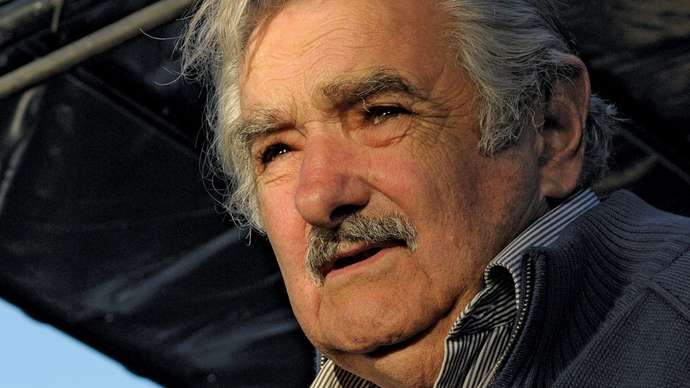 Under Mujica’s leadership, the country continued to experience economic growth and low unemployment rates. In 2011, after the Inter-American Court of Human Rights declared that the amnesty law was incongruent with the Inter-American Convention on Human Rights, the Uruguayan Congress passed legislation annulling the amnesty law. Investigations into human rights violations under military rule were begun; however, in February 2013 the future of those investigations came into question when the Uruguay Supreme Court ruled that significant portions of the 2011 legislation were unconstitutional. In October 2012 Uruguay became the first South American country to allow abortions up to the 12th week of pregnancy. In May 2013 Mujica signed a bill that made the country the second in Latin America to legalize same-sex marriage. Yet another of the Mujica administration’s revolutionary legislative initiatives—the president’s proposal that the government cut off revenue to drug dealers by legalizing marijuana and putting its production, distribution, and sale under state control—became law in December.

Polls indicated that a majority of Uruguayans opposed the new marijuana laws, and Luis Lacalle Pou of the conservative National Party (son of former president Luis Lacalle Herrera [1990–95]) made altering the legislation a cornerstone of his candidacy in the 2014 presidential election. However, seemingly content with the country’s ongoing economic progress under the Broad Front coalition led by Mujica (who was constitutionally prohibited from running for a second, consecutive term), the electorate opted for continuity and returned the presidency to Vázquez, who triumphed over Lacalle Pou in the November runoff election. Although he was less enthusiastic about the marijuana legislation than his Broad Front partner Mujica, Vázquez pledged to enforce the law.

Vázquez was trained as an oncologist, and the Uruguayan government got the best of Big Tobacco in July 2016 when the International Centre for Settlement of Investment Disputes, the arbitration arm of the World Bank, ruled against the Philip Morris Company in the case that it had brought against Uruguay. The tobacco giant had challenged stringent Uruguayan antitobacco laws that required cigarette packages to be 80 percent covered with graphic health warnings.

In his first term as president, Vázquez experienced high job-approval ratings from the Uruguayan populace, an indicator of the general success of the Broad Front governments, which oversaw a reduction in the poverty rate from 32.5 percent in 2006 to 8.1 percent in 2018. However, as the economy slowed during Vázquez’s second term (with GDP growth averaging just 1.6 percent per year), his popularity declined significantly. In addition to feeling anxious about the economy, Uruguayans were concerned about growing rates of crime and violence, particularly a leap in the homicide rate from 5.7 per 100,000 residents in 2005 to nearly 12 per 100,000 in 2018.

Nevertheless, the Broad Front’s presidential candidate in 2019, Daniel Martínez, a former mayor of Montevideo, finished atop a crowded field of candidates in the first round of voting, in October. But, having fallen just short of the 50 percent-plus-one vote total necessary to preclude a runoff, Martínez was left to face the second-place finisher, Lacalle Pou, in the second round of voting, on November 24. This time the three major opposition parties—which had run separate candidates in the first round—joined forces. Consequently, not only did Lacalle Pou narrowly edge out Martínez for the presidency (48.9 percent to 47.4 percent), but the opposition also ended the Broad Front’s roughly 15-year monopoly on control of both houses of the legislature, taking 17 seats in the Senate, compared with 13 for the Broad Front, and 54 seats in the Chamber of Representatives, compared with 42 for the Broad Front.

Shortly after assuming the presidency in March, LaCalle Pou was confronted with the threat of the global coronavirus pandemic that had originated in China in late 2019. Responding quickly to the first instances in the country of COVID-19, the disease caused by the virus, the new president shut down public gatherings, churches, schools, and such business enterprises as shopping centres and bars. He also closed Uruguay’s border with Brazil, which proved to be the country hit hardest in the region by the pandemic. By employing broad testing and contact tracing from the get-go, Uruguay managed to contain the outbreak of the virus better than its South American neighbours did.

The Editors of Encyclopaedia Britannica