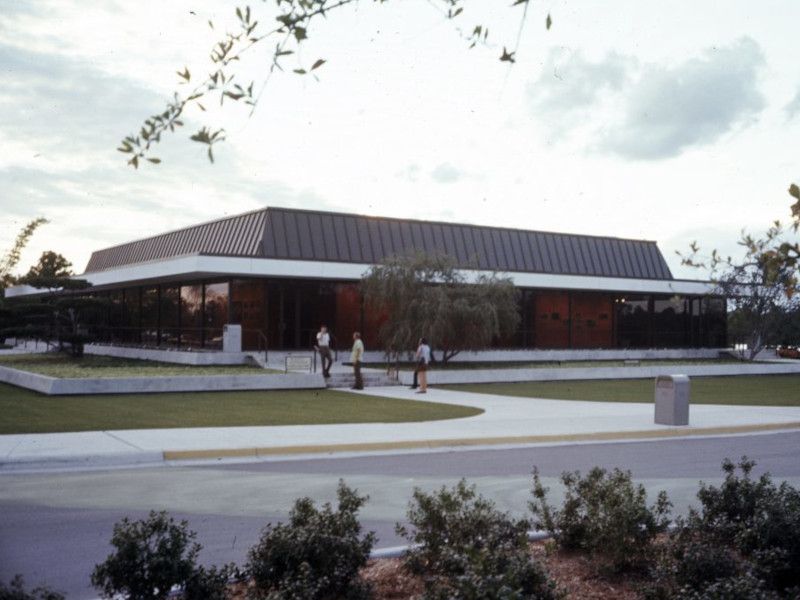 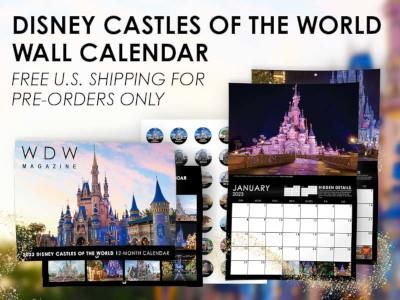 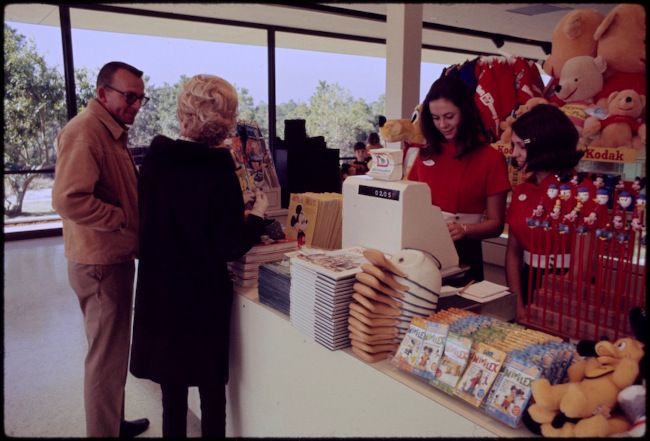 As interest grew in the construction of the upcoming "Vacation Kingdom of the World," Disney made the decision to open a preview center where they could show future Guests firsthand what construction projects were taking place on property.

In addition to scaled models and artist renderings for areas of the resort, the preview center was consistently updated with aerial and on the ground photos of construction sites.

Comparatively to other Central Florida attractions of the time, the Walt Disney World Preview Center saw greater visitation, a surprising fact considering the resort was not yet open however Guests still prioritized a stop at the I-4 and State Road 535 over local staples.

The preview center not only showcased what Guests could expect to see when the Walt Disney World Resort opened, but it also gave them a taste of the now-renowned service people would later come to expect while on property.

A visit to the preview center was a complete experience and an attraction in itself, with Cast Members nearby to answer questions, video presentations featuring Walt Disney announcing the "Florida Project" years earlier, and even a snack bar and merchandise shop. 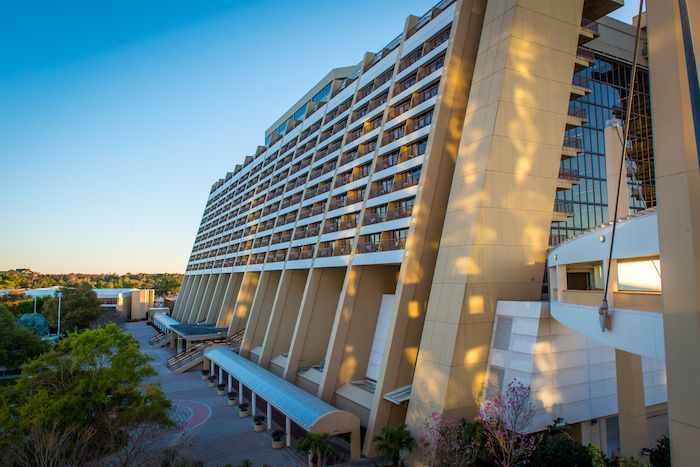 The projects shown in the preview center focused on "Phase One" of the Walt Disney World Resort’s opening, or the first five years.

Guests would see glimpses of everything from Cinderella Castle and the construction of Main Street to models of the original resorts, including a miniature of Disney’s Contemporary Resort complete with a monorail running through the center.

Vacation Kingdom of the World 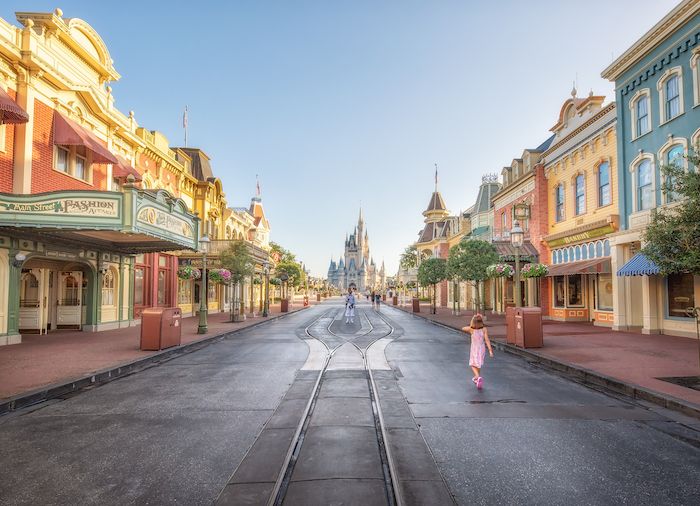 One major incentive of the preview center was to show both Guests and members of the media that the Florida project would not be a simple duplicate of Disneyland.

The "Vacation Kingdom of the World" would be just that. At 44 square miles, or twice the size of Manhattan, the Walt Disney World Resort would have plenty of accommodations, recreational offerings, and of course things to do that the Magic Kingdom to keep Guests happy without them having to set foot outside the property.

The concept of the Vacation Kingdom of the World was truly the first of its kind. While other theme parks existed by 1970, and certainly other family vacation and entertainment destinations were popping up, many Guests would have had a difficult time separating this new, more inclusive concept from Disneyland.

With championship golf courses, hotels just a short walk or monorail ride away from the Magic Kingdom, loads of restaurants, pools, sports, entertainment in the forms of live music, parades, and dinner shows, the Walt Disney World Resort would prove to be like no other vacation experience– And Guests visiting the preview center would have this takeaway before the resort even opened.

The Opening of Walt Disney World 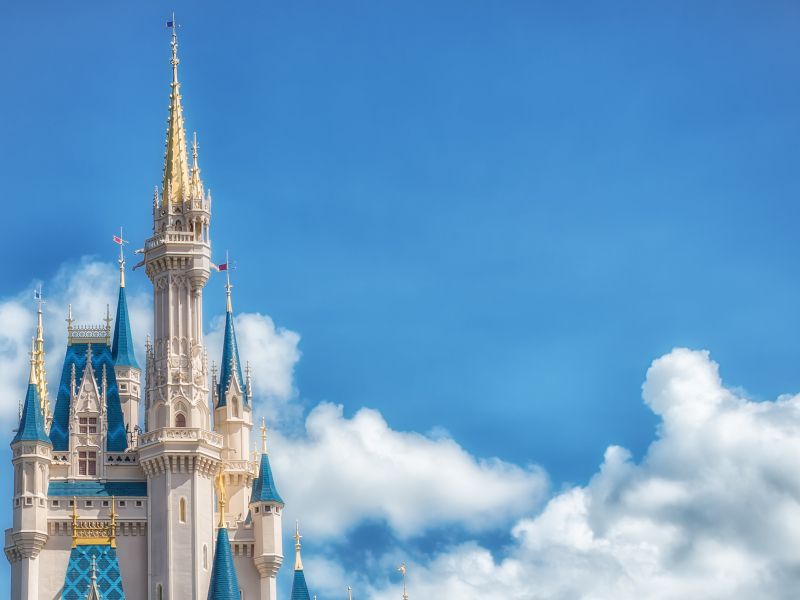 The preview center closed just as the Walt Disney World Resort opened, one day before to be precise on September 30, 1971.

On October 1, the Magic Kingdom, along with Walt Disney World’s original resorts and recreational offerings opened and the preview center was no more.

Media coverage of course continued through the opening weeks and months of the resort, but as a result the preview center was no longer needed.

While the preview center does not exist today, Walt Disney World has continued the legacy of previewing new attractions ahead of their opening, primarily at Walt Disney Presents in Disney’s Hollywood Studios.

The last room of this walk-through attraction features rotating models and previews of new theatrical releases are often shown in the attraction as well. 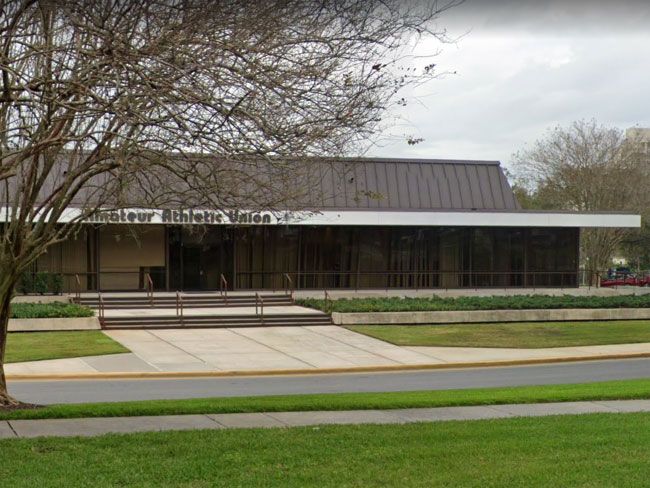 Currently, the building that once housed the Disney World Preview Center is still in use today.

You gotta love that the Amateur Athletic Union has chosen a retro font to grace the front of their 1970 building.

What do they do? Most National Championships for youth athletes in the United States have been lead by the Amateur Athletic Union.

Today, the preview center may be less of a necessity thanks to social media and the ways information is able to spread quicker, but in 1970 the preview center was the ultimate teaser for a look at the opening of the "Vacation Kingdom of the World."

Did you know that we have a new Today in Disney History every week? Subscribe to our newsletter, so you never miss out on historical snippets like this, and tell us about your favorite pieces of Disney history on our Facebook page!

Brittany DiCologero is a freelance writer specializing in Walt Disney World history, along with various travel, and lifestyle topics based in New England. She is the author of "Red, White, and Disney: The Myths and Realities of American History at the Walt Disney World Resort," and "Brittany Earns Her Ears". When she is not writing, you can find her exploring local museums and historic sites, and binging documentaries on Disney+.

WDW Magazine is not associated with The Walt Disney Company in any way—we're just big fans!