Devon's clippings   ·   Clipped: Thu-21-Jul-2022   ·   Original: fastcompany.com/90769791/an-abandoned-berlin-airport-is-being-transformed-into-climate-neutral-car-free-neighborhood
advertisement
Opportunities in Crypto
The most powerful applications of blockchain may be unrelated to cryptocurrencies.

For Professional Investors only. All investments involve risk, including the possible loss of capital.

An abandoned Berlin airport is being transformed into a climate-neutral, car-free neighborhood

The site will have 5,000 new apartments—along with schools and stores that all residents can walk to. 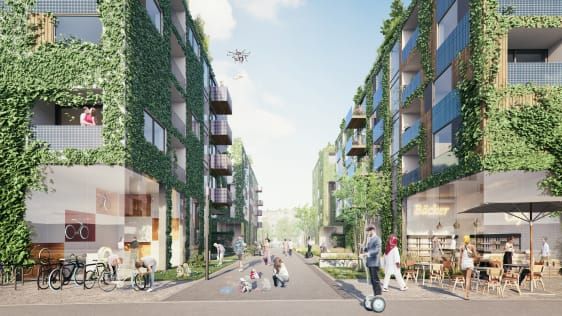 Last year, after Berlin’s Tegel Airport had been replaced by a new international airport at another location, workers started clearing the land for a new project: a neighborhood built from scratch with the climate in mind.

Some parts of the airport will be reused, with old terminals turned into commercial space for research and offices for startups. But a more-than-100-acre area near where the runway used to sit will be completely reimagined, with 5,000 new apartment homes built in a walkable, bikeable, carbon-neutral neighborhood with parks, schools, and stores. 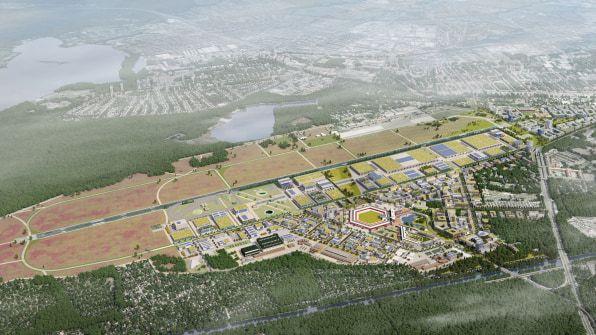 [Image: © Tegel Projekt GmbH]
"The planning is based on questions such as: How do we want to live and get around in urban spaces in the future? What qualities are important to us as individuals and as a community? And what functionalities can’t we do without?" explains Constanze Döll, press secretary for the Tegel Projekt, which is developing the area, called the Schumacher Quartier. While the final designs are not yet complete, the project has several guidelines. First: People take priority, not cars. 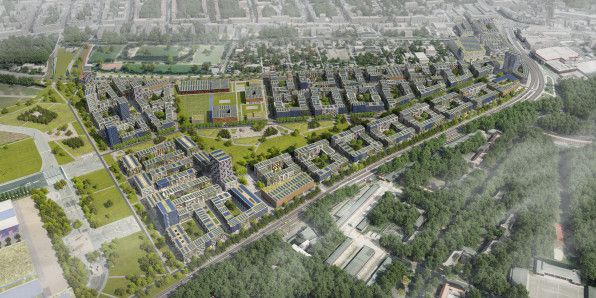 [Image: © Tegel Projekt GmbH]
"The Schumacher Quartier is planned in such a way that the streets and squares belong to the people again, rather than to cars," Döll says. "We want to let people rediscover the public space . . . for socializing, playgrounds, places to relax and talk. Important locations in the neighborhood, like the kindergarten, school, bakery, supermarket, can be reached easily by foot."

The plans call for wide bike lanes and green spaces. At the edge of the neighborhood, there will be access to micromobility and existing public transit. The neighborhood will allow limited access to cars (people who are disabled, for example, will be able to drive up to their buildings), but will otherwise be car-free. 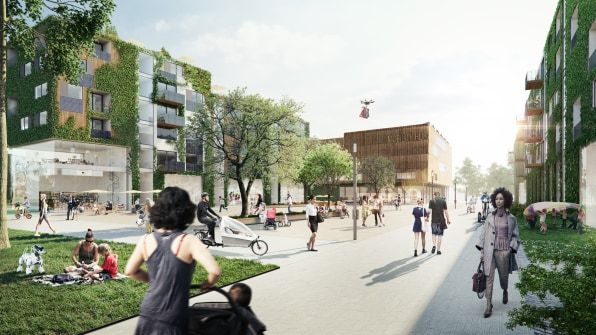 [Image: © Tegel Projekt GmbH]
The apartment buildings will be built from wood, and when completed will be the largest group of mass timber buildings in the world.

"Wood in particular enables long-term CO2 storage, and the use of wood as a building material reduces the consumption of environmentally harmful materials such as concrete," Döll says.

The team will source timber locally in Germany, and expects to reduce CO2 emissions in construction by 80%. The designs will also be ultra-efficient, and all energy will be produced on the site, including solar and geothermal power. A system will also harvest waste heat from adjacent commercial buildings to heat the homes.

The commercial part of the redevelopment, called the Urban Tech Republic, will be home to new startups whose technology—from recycling to new mobility systems—will be developed and can be tested in the residential area. 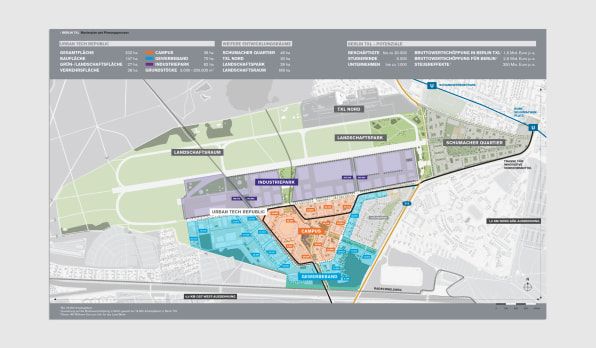 [Image: © Tegel Projekt GmbH]
The neighborhood will also include "sponge city" designs that help capture water in heavy storms to prevent flooding. Green roofs and gardens will use some of the water, and some will be stored underground.

"All rainwater is used or stored in the quarter; nothing is lost," Döll says. "If the water evaporates on hot days, it cools the surrounding area—and if instead it seeps in, it fills up the groundwater. This self-contained system makes for local climate regulation, aided by many large-leaved, deciduous trees that act like natural air-conditioning systems." 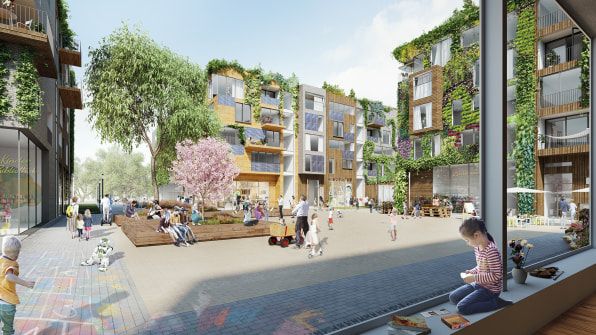 [Image: © Tegel Projekt GmbH]
The plan also includes a concept of "animal-aided design," developed by ecologist Wolfgang Weisser and landscape architect Thomas Hauck, that incorporates biodiversity. Open spaces and buildings will be designed to support 14 rare species, including broad-winged bats and nightingale grasshoppers, with the goal of helping them permanently settle in the area and attract other species.

Over the past year, the Tegel Projekt team has been working on the first step of the development: clearing some of the old debris that existed on the site before it was an airport, when it was used for military training in World Wars I and II. So far, Döll says, more than 5,000 pieces of ammunition, including old grenades and bombs, have been removed.

This fall, the project will begin allocating land, and architects will work with residents on the design details. The first buildings, which will include social housing, cooperatives, and student housing, will be completed in 2027.

Adele Peters is a staff writer at Fast Company who focuses on solutions to some of the world's largest problems, from climate change to homelessness. Previously, she worked with GOOD, BioLite, and the Sustainable Products and Solutions program at UC Berkeley

#FCFestival returns to NYC this September! Get your tickets today! 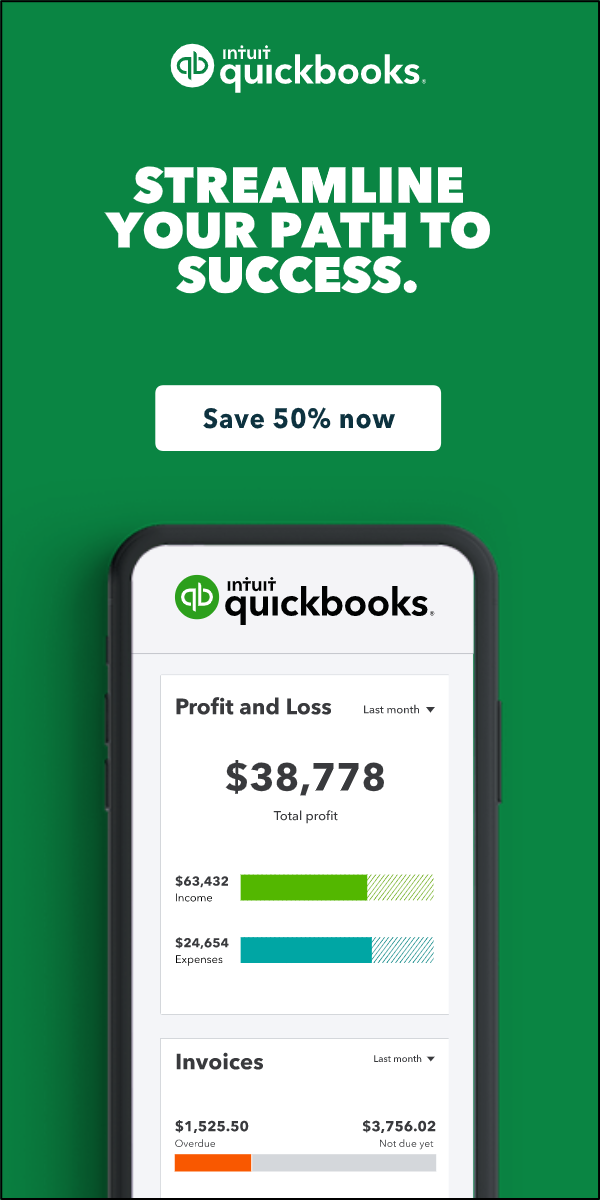 advertisement
Opportunities in Crypto
The most powerful applications of blockchain may be unrelated to cryptocurrencies.

For Professional Investors only. All investments involve risk, including the possible loss of capital.

At a time when many companies are rethinking or scrapping their IPO plans, the sustainable retailer is making its trading debut with gusto. More Like This
Fad or frenzy, BeReal is having a real moment right now
Bill Burr’s new Netflix special exposes the problem with both-sides comedy
What is titanium dioxide? Skittles lawsuit highlights an ingredient that’s in much more than candy
By Sam Becker 2 minute Read

Sustainable consumer products retailer Grove Collaborative went public today with the help of Virgin Group. The 10-year-old company, which listed through a SPAC transaction, is now trading on the New York Stock Exchange under the ticker symbol "GROV."

Grove Collaborative has previously made waves by pledging to go plastic-free by 2025. Still, with its public listing, it’s finding another way to stand apart from its peers. That’s because the company choosing to go public now is more or less bucking the trend. After 2021 saw record-high levels of IPO activity, the first quarter of 2022 saw the number of IPOs fall 37% year-over-year globally, according to data from Ernst & Young. In the Americas, the numbers are even bleaker—during Q1 2022, there were 37 IPOs (a decrease of 72% year-over-year), totaling $2.4 billion in proceeds (a decline of 95%).

This is, in large part, due to rising interest rates, higher costs, and the general economic slowdown. Russia’s invasion of Ukraine also prompted some companies to rethink their IPO plans. As such, going public now, as the stock market gets shellacked by investors scrambling to find a safe haven from both the drawdown and inflation, may seem precarious. The S&P 500 is down more than 10% over the past month, and down more than 23% since the beginning of the year.

But Stuart Landesberg, the cofounder and CEO of Grove Collaborative, says that he and the company aren’t worried about the short-term happenings on the market, and instead, have a long-term vision with the potential to entice all sorts of investors.

"For me, it’s not about the stock ticker," he tells Fast Company. "I can’t control the market next week or over the next six months. But I don’t care. What I care about is doing this today, and getting closer to fulfilling our mission."

That mission includes reducing Americans’ addiction to plastics—and single-use plastics, specifically. Tackling the problems with plastics amounts to a massive market opportunity, Landesberg says, and by going public, it not only raises funding for Grove Collaborative to expand its retail reach, but also raises the company’s profile with shoppers and investors.

"We have an insane plastic addiction," Landesberg says, adding that, over the years, plastics have "created a lot of value for investors." But, he continues, "it’s a trillion-dollar market opportunity for solving it—with a multi-year view, we’re leading in a market that’s absolutely inevitable 20 years from now." That, he says, is "what’s always made this company attractive to investors."

Landesberg adds that with a long-term mission for sustainable change in mind, along with the excitement of taking Grove Collaborative public, he’s not going to let a bear market and the prospect of a recession get him down. "I’m totally jazzed about [going public], regardless of market conditions," he says.

#FCFestival returns to NYC this September! Get your tickets today! 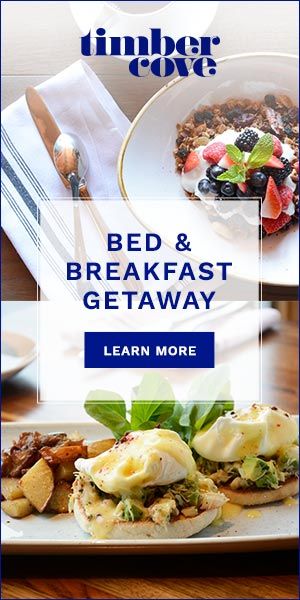 technology
Palmer Luckey: The U.S. is falling behind in defense because Big Tech is scared of China
03

if360-fastco-works
Electrifying everything: From trucks to jet skis, the revolution is just getting started
05

ideas
An abandoned Berlin airport is being transformed into a climate-neutral, car-free neighborhood
More Top Stories:
About Connatix V171867 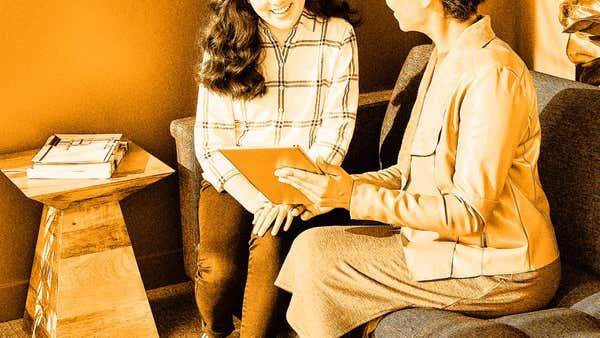 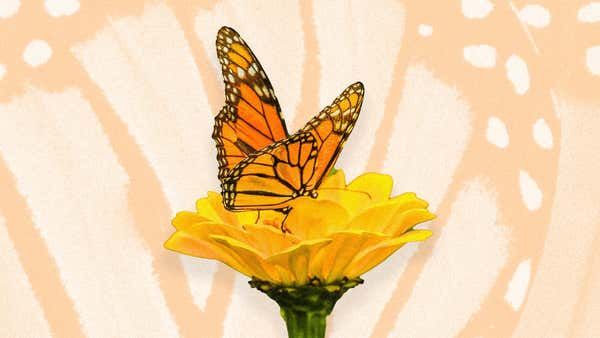 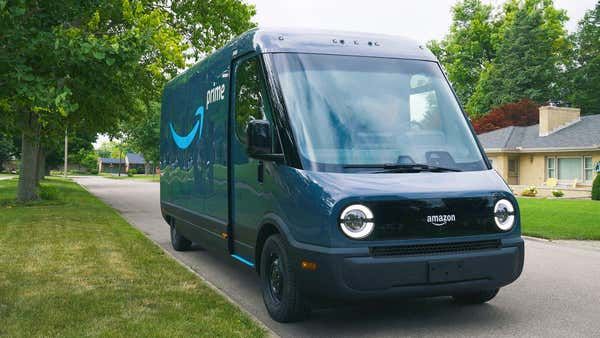 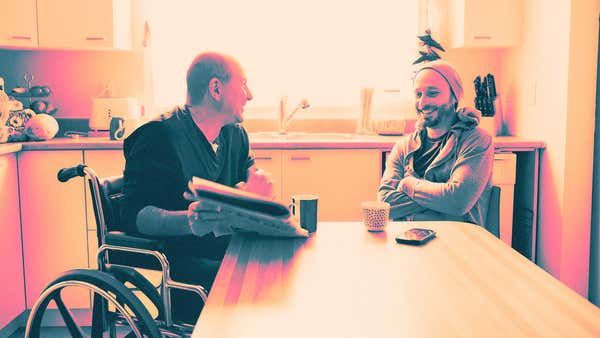 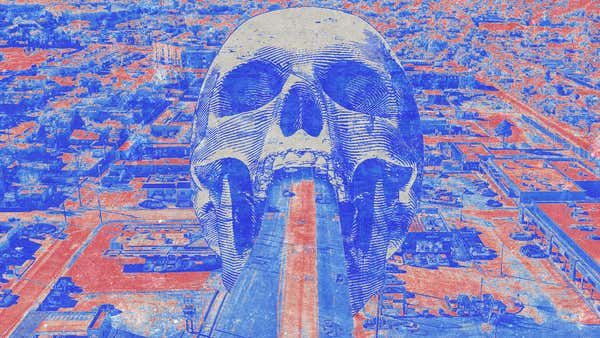 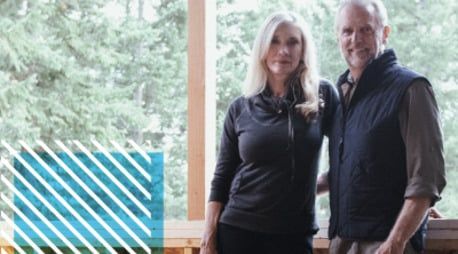 Personal Capital
Have You Tried This Free Retirement Planner? 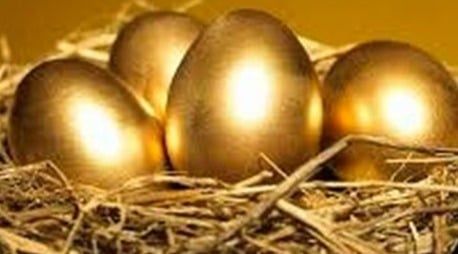 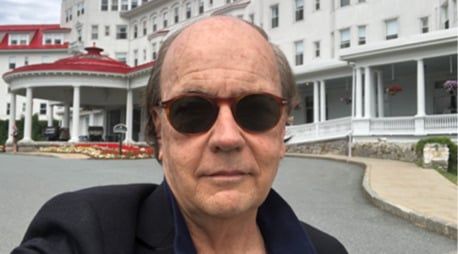 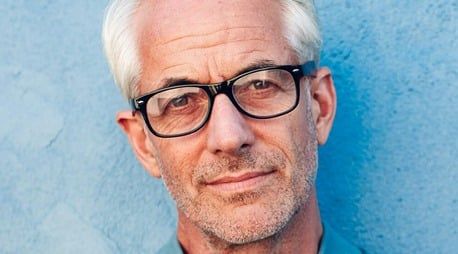 smartasset
New York: The List Of The Top Financial Advisor Firms Is Out
advertisement

technology
Will crypto winter go the way of the dotcom bust? The CEO of SDF explains

technology
Influencers are out—authenticity is in

technology
When will Democrats deliver on their promise to restore net neutrality?

co-design
A bold case against zoning

news
What is titanium dioxide? Skittles lawsuit highlights an ingredient that’s in much more than candy

co-design
‘Why are you so scared of breasts?’ Florence Pugh, Valentino, and the policing of women’s bodies

co-design
Inside the dissolution of Apple’s legacy design team

co-design
American roads are designed to be deadly

ideas
Forget returning to the office. The future of cities lies in vibrant civic spaces

co-design
How a small change to U.S. quarters is part of a big trend in logo design

leadership
Employee engagement is out. This is the new goal

How technology is driving serendipitous shopping on social

iOS 16’s custom Lock Screens are surprisingly fun. Here’s how to set them up

Fad or frenzy, BeReal is having a real moment right now

Netflix was expected to lose 2 million more subscribers. Can it pull off a Q2 earnings surprise?

The underappreciated brilliance of nightclub design

How MIT students are helping revitalize a tiny Italian village

Why these 100,000-square-foot warehouses are designed like hip coworking spaces

Where to live if your company is sticking to remote work

This is the difference between equity and equality

How Patreon is rewriting the equation between creators and their fans