There's a Wire Above Manhattan That You've Probably Never Noticed 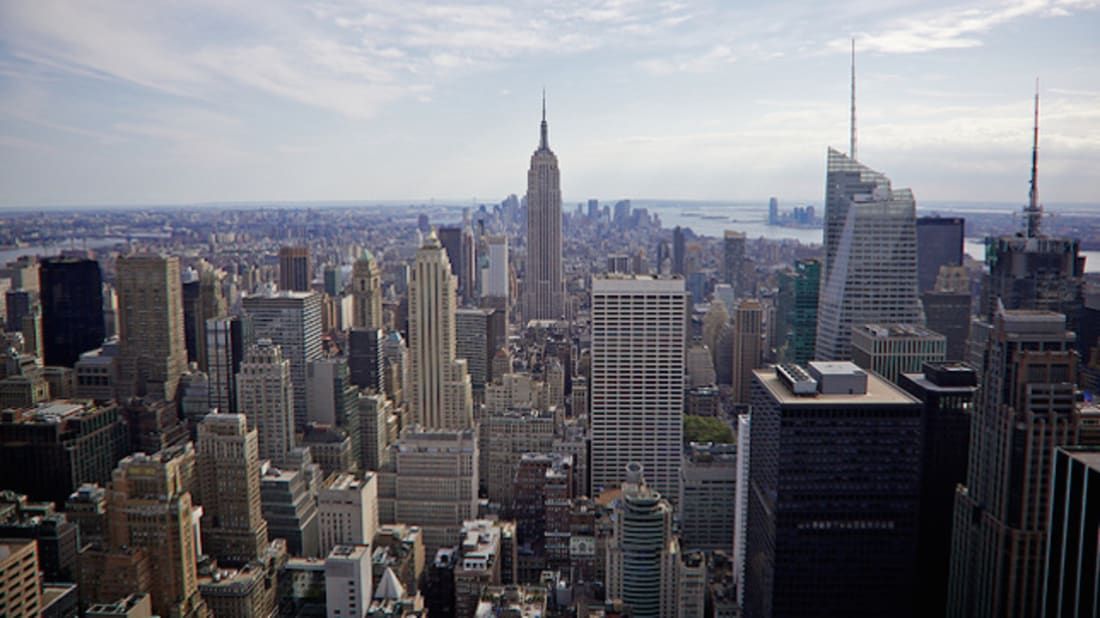 It's hard to imagine that anything literally hanging from utility poles across Manhattan could be considered "hidden," but throughout the borough, about 18 miles of translucent wire stretches around the skyline, and most people have likely never noticed. It's called an eruv (plural eruvin), and its existence is thanks to the Jewish Sabbath.

On the Sabbath, which is viewed as a day of rest, observant Jewish people aren't allowed to carry anything—books, groceries, even children—in public places (doing so is considered "work"). The eruv encircles much of Manhattan, acting as a symbolic boundary that turns the very public streets of the city into a private space, much like one's own home. This allows people to freely communicate and socialize on the Sabbath—and carry whatever they please—without having to worry about breaking Jewish law.

Along with everything else in New York City, the eruv isn't cheap. It costs a group of Orthodox synagogues $100,000 a year to maintain the wires, which are inspected by a rabbi every Thursday before dawn to confirm they are all still attached. While wires do occasionally fall, the overall eruv has survived events such as the Macy's Thanksgiving Day Parade and Hurricane Sandy. When eruv wires do break, it can cause enough of a stir to make news. Most notably, in 2011 a wire broke near the United Nations building, which caused a problem when repair crews couldn't get past security to fix it. The issue was eventually resolved, but not before a good deal of panic set in. 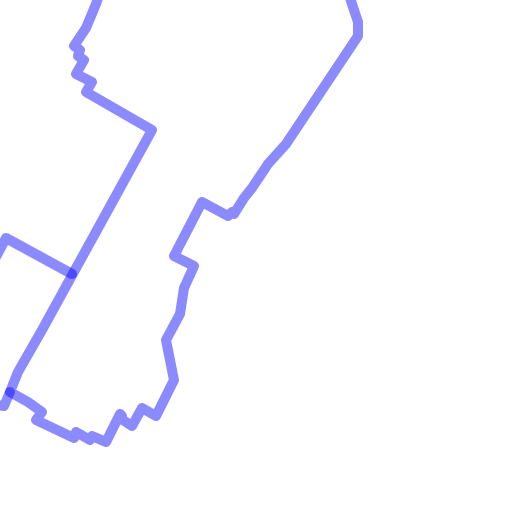 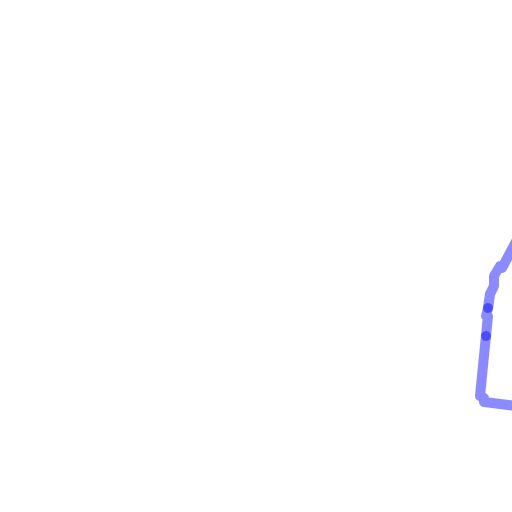 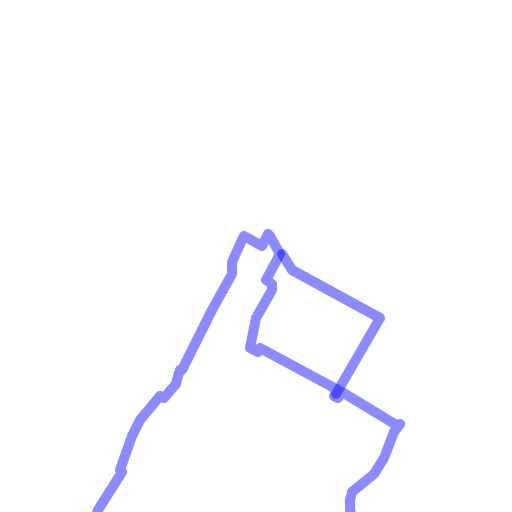 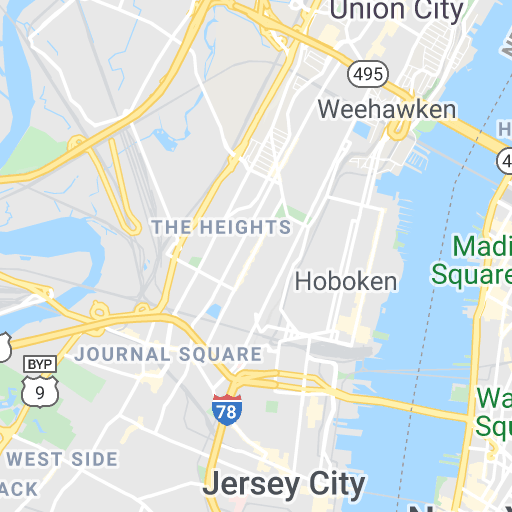 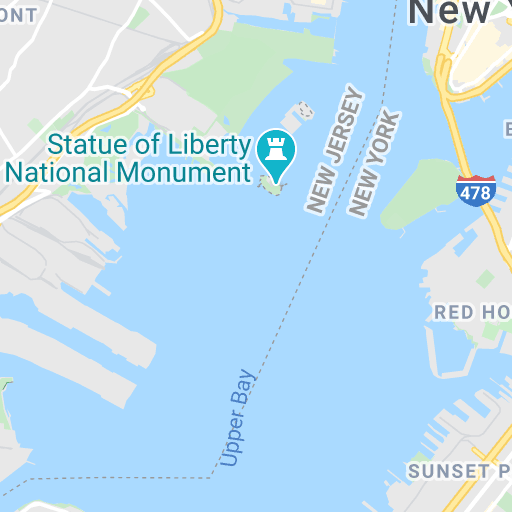 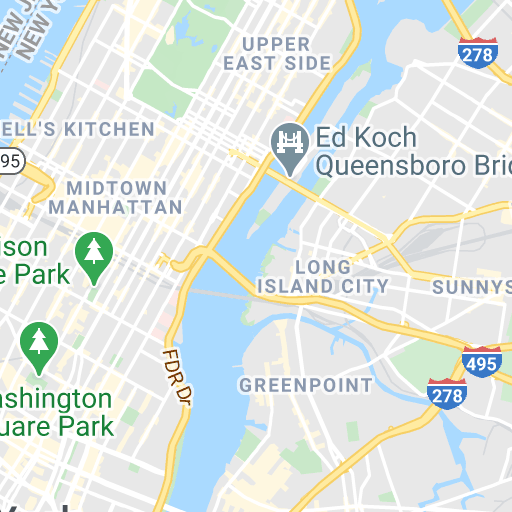 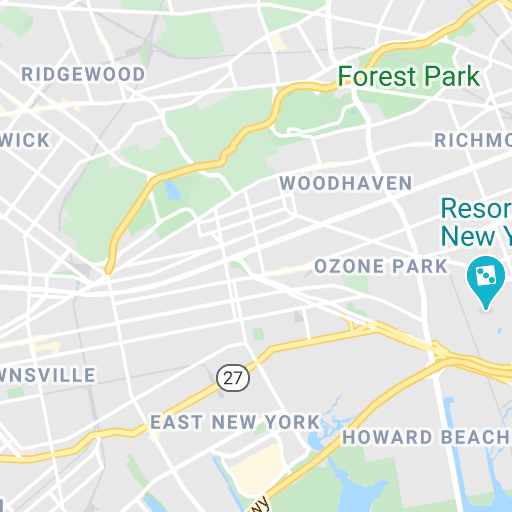 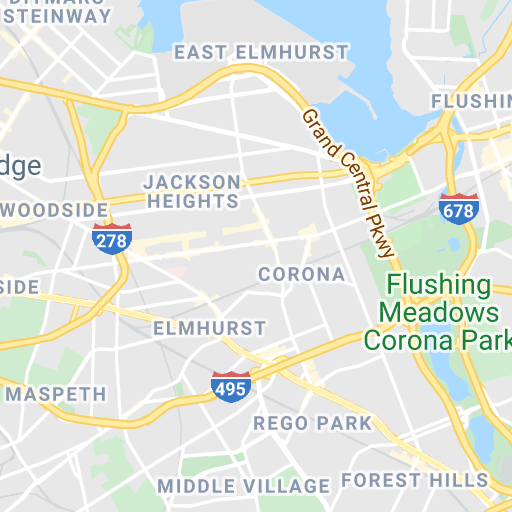 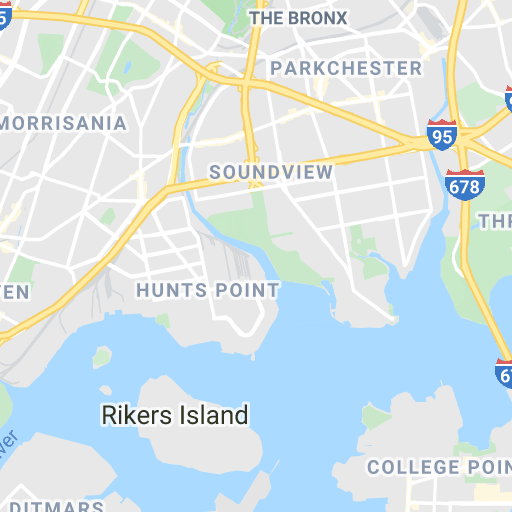 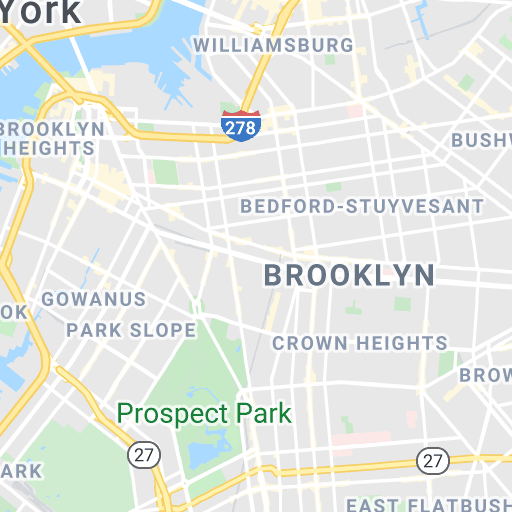 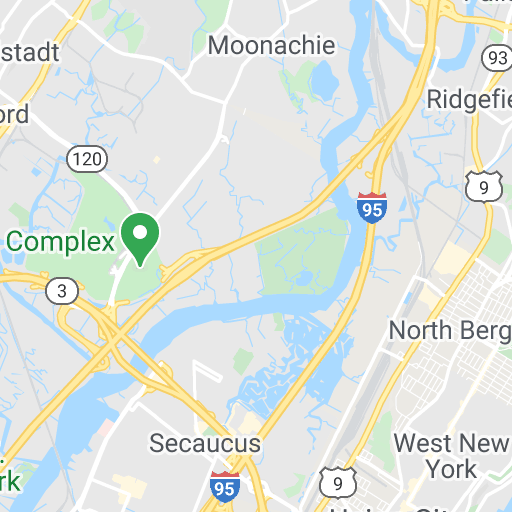 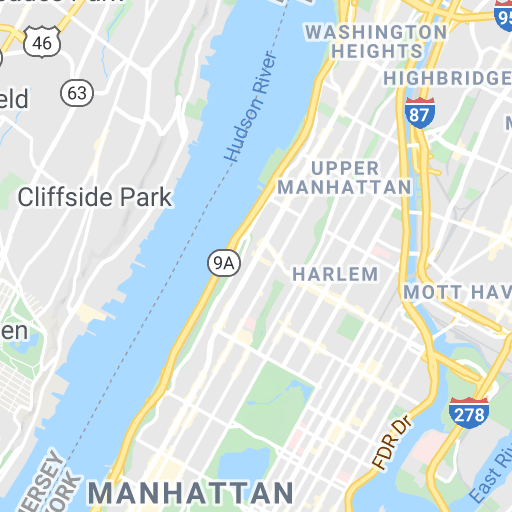 Manhattan has had an eruv in one form or another since the early 20th century, but the present-day incarnation began on the Upper West Side in 1994. It has since expanded from 126th Street to Houston Street, and its exact locations can now be viewed on Google Maps (and an intermittently updated Twitter feed). The city does have some rules in place regarding the eruv: The wires can only be a quarter-inch thick, and they must be hung at least 15 feet off the ground.

New York City isn't the only metropolis in the U.S. with an eruv. They can also be seen (or not seen) in St. Louis, Atlanta, Baltimore, Chicago, Dallas, and numerous other cities across the country. Rabbi Adam Mintz, co-president of the Manhattan eruv, talks more about it in the video below, courtesy of Business Insider:

This article contains affiliate links to products selected by our editors. Mental Floss may receive a commission for purchases made through these links.
BY Elaine Selna
January 6, 2021 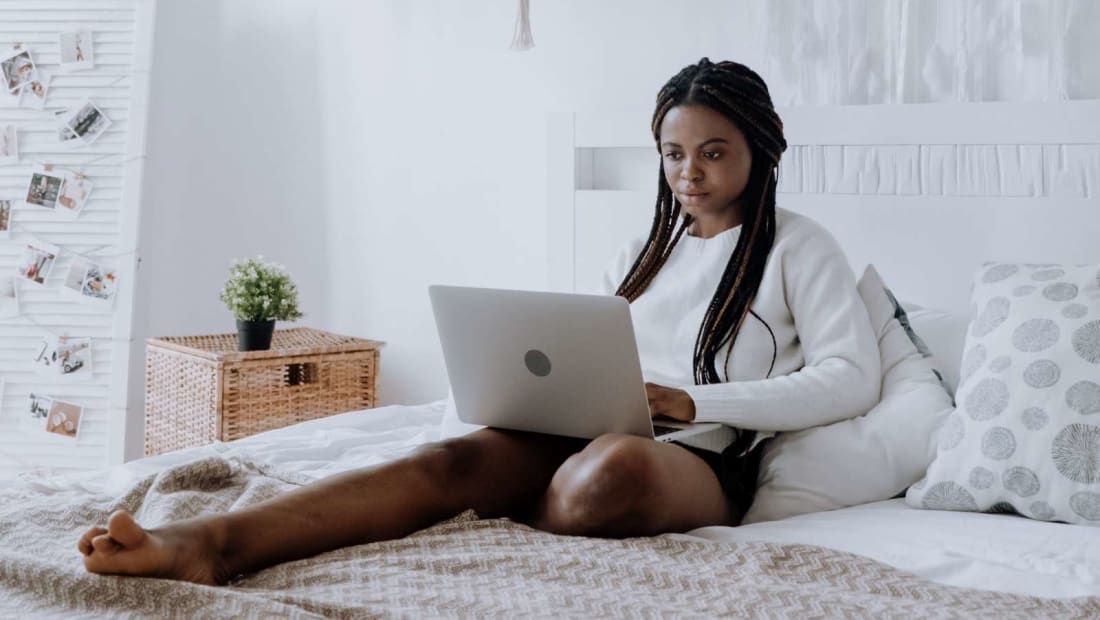 Photo by cottonbro from Pexels

Getting a bargain on products isn't exclusive to holiday deals and flash sales if you know where to look. And if you head on over to the Amazon Outlet store, you can get major deals on thousands of items every day, ranging from home goods to musical instruments to shoes. The page is split up into sections based on products and themes, such as books, sports, clothing, and outdoors. However, three sections will help you get the best deals, so make sure to look at products in categories like under $10, bestsellers, and overstock deals.

There are great deals at the moment on both women’s adidas sneakers and men’s Reebok sneakers, which are more than 40 percent off. You can also give your bedroom new life with a Lacoste comforter set discounted by 23 percent, or improve the rest of your home with a set of floating shelves for 43 percent off. You'll also find a Russell Hobbs hand mixer for $18 off and a gel office seat cushion for $13 off.

If you miss traveling, start preparing for your next big trip with a new Samsonite three-piece luggage set for $185 off or a Contigo water bottle (perfect for hikes) for 54 percent off. The Outlet page is also a convenient way to get cheap tech accessories like smartphone screen protectors and power banks.

To take advantage of these deals, make sure to take a look at the Amazon Outlet page. If you want even more deals, check out Amazon’s coupon page and warehouse section. 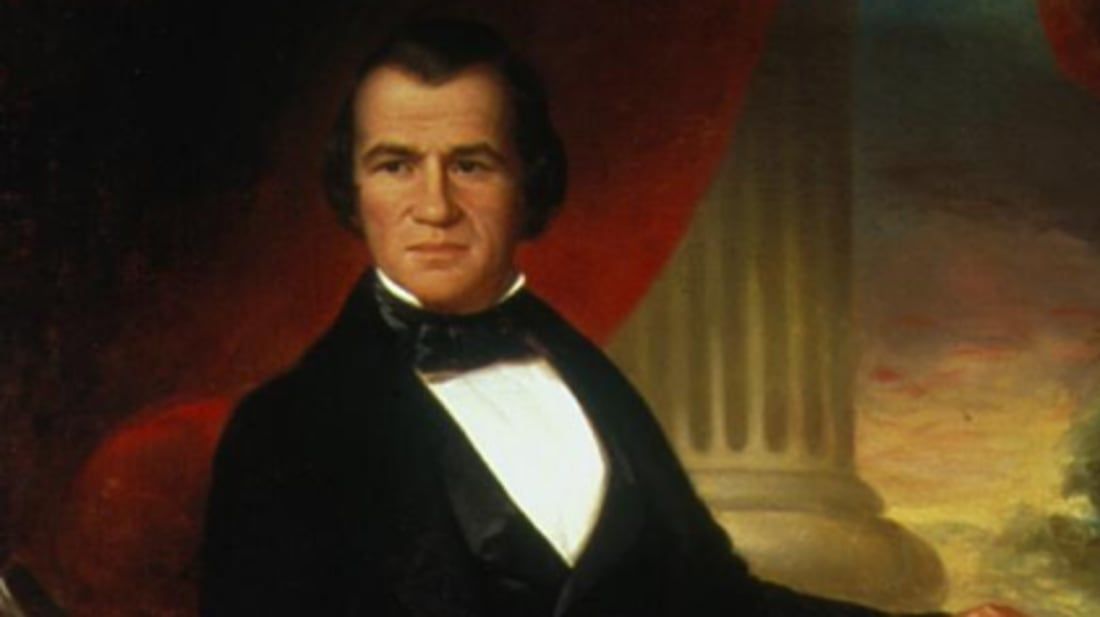 The presidency of Andrew Johnson arrived as the result of a tragedy that shook the nation. Johnson—who was born on this day 210 years ago—took office after Abraham Lincoln was shot by assassin John Wilkes Booth in 1865. But that was far from the only notable milestone in Johnson’s term. In addition to buying Alaska, he became the first American president to face the consequences of impeachment. Keep reading for more on Johnson’s hardscrabble life and tenure as U.S. president.

Born in December 1808 in Raleigh, North Carolina to two working-class parents, Johnson enjoyed few privileges while growing up. His childhood home was a log cabin; following the death of his father in 1812, he worked instead of attending school and apprenticed as a tailor. Though Johnson taught himself the fundamentals of reading, he didn’t receive a formal education until marrying Eliza McCardle in Tennessee in 1827. McCardle taught him the basics of math and writing, skills that would eventually aid in his acquisition of real estate and lead to prosperity he once considered out of reach. Following his success, he rose in the ranks of Tennessee politics, eventually becoming mayor of Greeneville before entering the U.S. House of Representatives in 1843. He then became Governor of Tennessee in 1853 and a Senator in 1857.

2. Andrew Johnson straddled the line during the Civil War.

Johnson was on the wrong side of history when it came to slavery. During his time in the Senate, he continued to advocate for a territory's right to decide whether the practice was allowed. When Lincoln was elected president in 1860, seceding confederate states began breaking off from the Union. But Johnson resisted, believing secession was detrimental to the country as a whole, and remained loyal to Lincoln even as his home state of Tennessee joined the confederates. Due in large part to his support for the president as a "Southern Unionist," Lincoln chose him as his vice-president in his run for re-election in 1864.

3. Andrew Johnson had a tough inauguration. 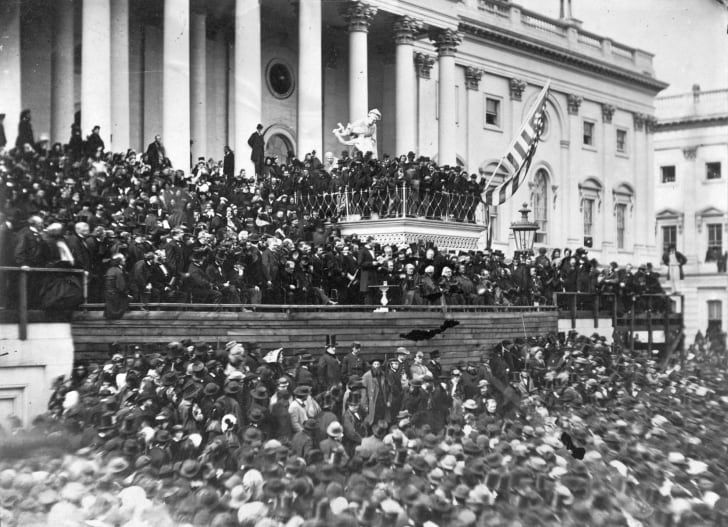 In Johnson’s day, typhoid fever was much more common in the U.S. than it is today—and Johnson happened to be struck with the infection shortly before Lincoln’s inauguration on March 4, 1865. Though he made a recovery, he was still feeling ill before the ceremony. To combat the symptoms, he drank whiskey, slurring his words as a result. The public display of his inebriation led to rumors Johnson had a drinking problem. Lincoln himself was forced to address the rumors, reassuring Washington that they hadn’t just ushered a drunk into the Executive Branch.

4. Andrew Johnson was almost killed along with Abraham Lincoln.

Lincoln was shot by John Wilkes Booth on April 14, 1865—and if Booth had had his way, he would have taken several more lives that day, including Johnson’s. Meeting with three co-conspirators before their fateful encounter with Lincoln at Ford’s Theatre in Washington, Booth instructed two of them to kill Secretary of State Seward and then told the third man, George Atzerodt, to attack Johnson. Around the same time Booth was preparing to shoot the President, his cohorts attacked Seward at his home, stabbing him to near-death. Atzerodt took up a post at a nearby hotel where he knew Johnson was staying and attempted to work up the courage to knock on his door and shoot him. But Atzerodt couldn’t do it. He went for a walk instead. After Lincoln’s death and a rash of arrests, he confessed his role in the crime and was hanged on July 7 of that year. Johnson, now the president, signed an executive decision ordering the man's death.

For well over a century, Russia had claimed possession of Alaska. The Russians had first explored the 586,000-square mile territory during an expedition in 1741. Fur trading proved bountiful for years, but a slow decline of the export and increased concern they would be overrun by American or British forces led Russia into discussions to sell the land to the U.S. in the 1850s. After the Civil War, Secretary of State William Seward expressed interest, and by March 30, 1867, Johnson’s administration had secured Alaska for $7.2 million in gold. The property didn’t seem worthwhile to political observers, who labeled it "Johnson’s polar bear garden" and "Walrussia" in mocking editorials. Congress delayed the transaction until Johnson failed to secure the Democratic party nomination for president in 1868.

6. Andrew Johnson was the first U.S. president to be impeached. 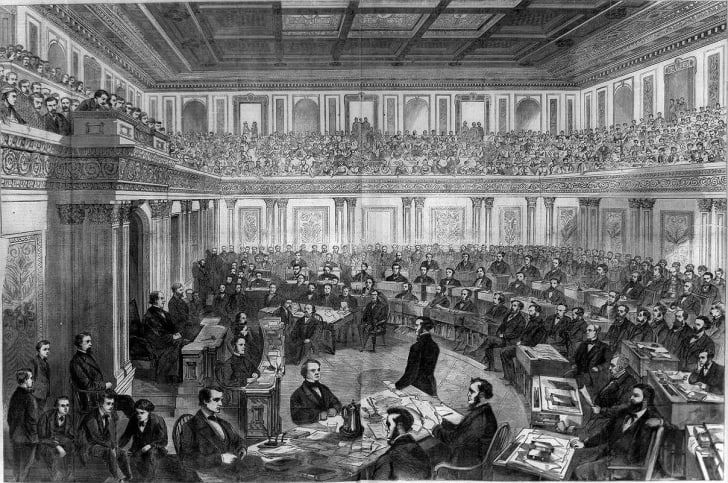 Less than three years into his term, Johnson was coming under heavy fire for his Southern philosophy on reconstruction and formerly enslaved people. Under his presidency, southern states began enacting "Black Codes" that limited the rights of Black Americans, angering the Republicans holding power in the Senate. Johnson also ignored the Tenure of Office Act of 1867, which was intended to limit the president’s power to dismiss officials without Senate approval: He fired Radical Republican ally and Secretary of War Edwin Stanton. Considering it a deliberate act of defiance, the House of Representatives voted to impeach Johnson on February 24, 1868, with a vote of 126 to 47. Over 11 weeks, Johnson stood trial in front of the Senate, wisely backtracking on most of the positions that had irritated his political enemies. On May 16 and 26, votes were taken and he was allowed to remain in office for the rest of his term.

7. Andrew Johnson got chased out of a few towns.

While beating the drum for his narrow view of reconstruction in 1866, Johnson went on a speaking tour from Washington to Pittsburgh. Scheduled for 18 days, things started to go sour halfway through, when Cleveland, Ohio crowds greeted Johnson with boos. In Bloomington, Johnson was practically drowned out with a chorus of jeers, the audience surrounding his train begging instead for an appearance by Ulysses S. Grant. Pulling away, Johnson saw an effigy hanging from a pole near the train tracks holding both bread and butter, a nod to the disparaging Bread and Butter Brigade term for his appointees.

8. Andrew Johnson tended to a family of mice.

Following the melodrama of his impeachment, Johnson had largely lost the illustrious status afforded to a U.S. president. Still at odds with Congress over reconstruction, he became less motivated. In the White House, he was said to be preoccupied with a family of mice that had taken up residence in his bedroom. He left out water for them and made sure flour was available in case they wanted something to eat. Following his departure from office in 1869, Johnson served in the Senate—the only president ever to do so following his presidential term—before succumbing to a stroke in July 1875.