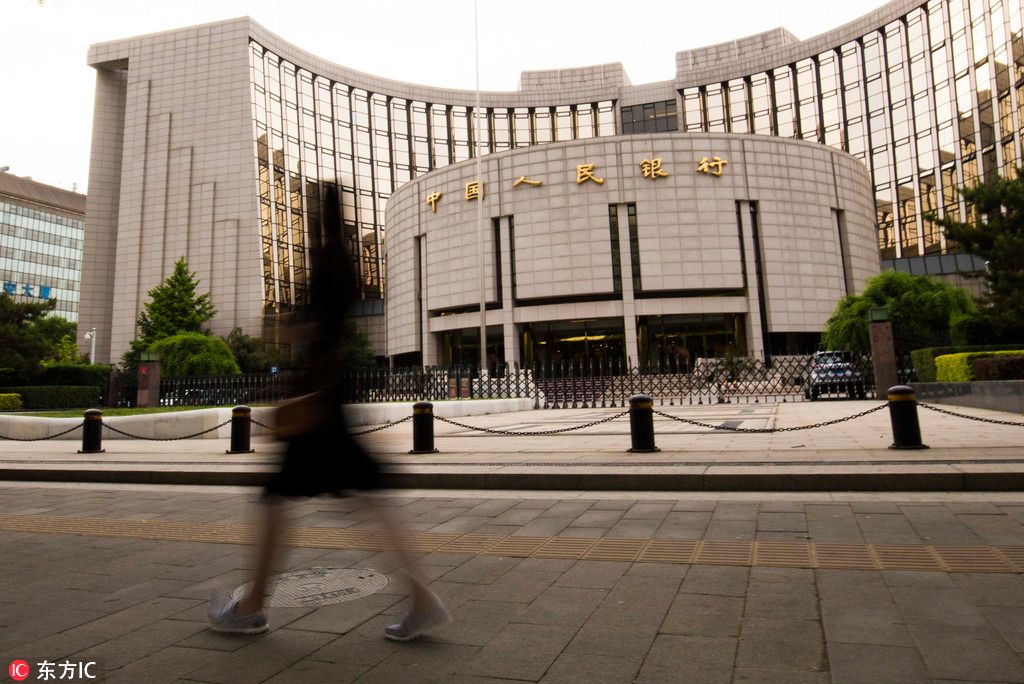 A pedestrian walks past the People's Bank of China (PBOC) headquarters in Beijing, May 4, 2016. [Photo/IC]

In contrast, a socialist market economy is dominated by public ownership, in which the government represents the people and serves their interests. This makes it possible for the government to implement regulations for social and economic development in order to meet the people's increasing needs for a better life, and achieve prosperity for all.

Those that equate the Chinese economy with "state capitalism" claim that an economy in which the government intervenes to serve the interests of capital and private ownership will be seen as following the "free market system" irrespective of the extent of its intervention. In contrast, a socialist market economy for them is equivalent to "state capitalism" regardless of the aim and magnitude of the government intervention.

This shows such observers identify Western countries with the "free market system" even if their governments support enterprises with policies and financing. But if an emerging market economy does the same, it is labeled "state capitalism". Which is a typical example of economic hegemony.

Since launching reform and opening-up four decades ago, China has developed the socialist development road, theory, system and culture with Chinese characteristics, fulfilled the basic economic requirements to build the primary stage of socialism, allowed public ownership to develop along with private and other forms of ownership, and transformed from a planned economy to a dynamic socialist market economy.

Moreover, since the 18th National Congress of the CPC, China, under the strong leadership of the Party with Xi Jinping as the core, has more vigorously helped the market to play a decisive role in resource allocation. Simultaneously, the government has taken concrete measures to improve the property rights system, further deepen economic reform, and improve the socialist economic system with Chinese characteristics, in order to promote high-quality economic development.

China is committed to building a community with a shared future for mankind and improving global economic governance, by safeguarding and promoting economic globalization and free trade. In this regard, it has taken a series of measures to greatly ease access to its huge market, build a more attractive investment environment, strengthen intellectual property rights protection and expand imports.

These are the great achievements of socialist market economy and socialism with Chinese characteristics, and have nothing to do with "state capitalism".

The socialist economic system with Chinese characteristics is the result of Chinese wisdom, the Party's leadership and Chinese people's efforts to build a prosperous but sustainable social and economic system, and thus a great innovation in economic development history. Chinese people, led by the Party, have embarked on the road of socialism with Chinese characteristics. And they most certainly will achieve success after greater success.

This is an excerpt from a signed article published on Qiushi magazine.