When Bob Dylan sang, "To live outside the law you must be honest," he probably wasn’t thinking of seventeenth-century pirate captains. Nonetheless, his dictum seems to apply to them. While pirates were certainly cruel and violent criminals, pirate ships were hardly the floating tyrannies of popular imagination. As a fascinating new paper (pdf) by Peter Leeson, an economist at George Mason University, and "The Republic of Pirates," a new book by Colin Woodard, make clear, pirate ships limited the power of captains and guaranteed crew members a say in the ship’s affairs. The surprising thing is that, even with this untraditional power structure, pirates were, in Leeson’s words, among "the most sophisticated and successful criminal organizations in history." 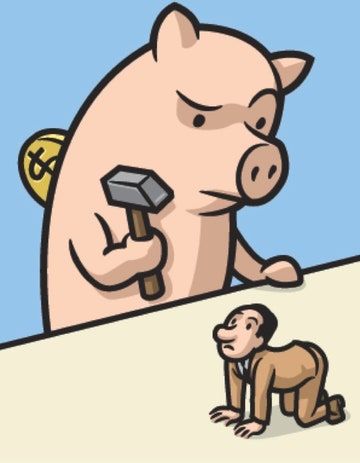 Leeson is fascinated by pirates because they flourished outside the state—and, therefore, outside the law. They could not count on higher authorities to insure that people would live up to promises or obey rules. Unlike the Mafia, pirates were not bound by ethnic or family ties; crews were as remarkably diverse as in the "Pirates of the Caribbean" films. Nor were they held together primarily by violence; while pirates did conscript some crew members, many volunteered. More strikingly, pirate ships were governed by what amounted to simple constitutions that, in greater or lesser detail, laid out the rights and duties of crewmen, rules for the handling of disputes, and incentive and insurance payments to insure that crewmen would act bravely in battle. (The rules that governed a ship that the buccaneer John Exquemelin sailed on, for instance, provided that six hundred pieces of eight would go (pdf) to a man who lost his right arm.) The Pirates’ Code mentioned in the "Caribbean" series was not, in that sense, a myth, although in effect each ship had its own code.

But rules alone did not suffice. Pirates also needed to limit the risk that their leaders would put individual interests ahead of the interests of the ship. Most economists today would call this problem "self-dealing"; Leeson uses the term "captain predation." Some pirates had turned to buccaneering after fleeing naval and merchant vessels, where the captain was essentially a dictator—"his Authority is over all that are in his Possession," as one contemporary account had it. Royal Navy and merchant captains guaranteed themselves full rations while their men went hungry, beat crew members at their whim, and treated dissent as mutinous. So pirates were familiar with the perils of autocracy.

As a result, Leeson argues, pirate ships developed models that in many ways anticipated those of later Western democracies. First, pirates adopted a system of divided and limited power. Captains had total authority during battle, when debate and disagreement were likely to be both inefficient and dangerous. Outside of battle, the quartermaster, not the captain, was in charge—responsible for food rations, discipline, and the allocation of plunder. On most ships, the distribution of booty was set down in writing, and it was relatively equal; pirate captains often received only twice as many shares as crewmen. (Woodward writes that Privateer captains typically received fourteen times as much loot as crewmen.) The most powerful check on captains and quartermasters was that they did not hold their positions by natural right or blood or success in combat; the crew elected them and could depose them. And when questions arose about the rules that governed behavior on board, interpretation was left not to the captain but to a jury of crewmen.

Leeson’s analysis of pirate governance focusses mainly on the way in which this system deterred self-dealing. But the pirate system was also based on an important insight: leaders who are great in a battle or some other crisis are not necessarily great managers, and concentrating power in one pair of hands often leads to bad decision-making. Interestingly, although many law firms and Wall Street partnerships have taken this insight to heart—managing partners and top executives are often elected, and power in these organizations is generally more diffuse—most corporations since the mid-nineteenth century have behaved more like the Royal Navy, with C.E.O.s who have close to unlimited power and employees who have no say in who runs the organization or how it’s administered. C.E.O.s have never been kings—they’re chosen by a company’s board of directors and can be fired at any time—but in practice they have often functioned more like monarchs than like democratic rulers.

This model of C.E.O. leadership is increasingly being questioned, with a greater emphasis being placed, at least rhetorically, on the need for executives to be more responsive to employees and on the value of dividing authority (although no one is seriously considering letting ordinary employees elect the boss). Nonetheless, there is an abiding fear among executives and management theorists alike that moving too far beyond traditional top-down models, or putting too many restrictions on C.E.O. authority, will ultimately lead to inefficiencies and chaos. In that sense, pirate governance, peculiar as it may sound, offers an intriguing example of how limits on executive power can actually make an enterprise more successful and, because workers are convinced they’re being treated fairly, can deepen their commitment. You can take this comparison only so far; it’s a lot harder to run a multibillion-dollar corporation than it is to chase down a brigantine, and it’s unlikely that any American corporation is prepared to have its C.E.O. set his beard afire to intimidate the competition, as Blackbeard did. But it may be only a matter of time before someone publishes "The Management Lessons of Captain Kidd." I’d read it. ♦