Did the Repository for Germinal Choice conceive 219 (genius) babies? Plus my search for a celebrity look-a-like donor.

Waiting Room is a blog that explains incentive misalignments in healthcare and health tech. Today, we’re covering the infamous Repository for Germinal Choice.

There are countless bizarre, forgotten histories that I want to cover in Waiting Room but there’s no better place to start than a California sperm bank with unsavory origins.

Infertility consultations jumped between the 1960s and 1970s, leading some health professionals to claim that infertility would become a pandemic. Robert Graham, a wealthy, eccentric optometrist and inventor, was one of those people. He believed infertility was a consequence of poor human coupling, and that he could reverse the trend by filling the world with the genetic offspring of Nobel Prize winners.

Graham’s eugenicist goal hinged on the controversial idea of IQ heritability. The proverbial nature vs. nurture debate is important because early eugenicist ideas - the kind that Nazis propagated - were definitely seen as hateful and inchoate by 1979. Graham, undeterred, started building the Repository for Germinal Choice that year. 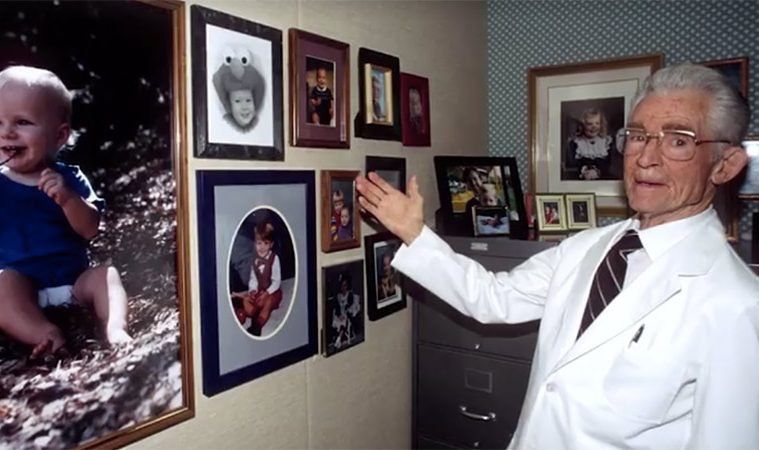 Founder Robert Graham in his office. Screenshot from the Genius Factory documentary (2017).

He recruited a few Nobelists before the public caught wind of his plans. All but one dropped out of donating: William Shockley, a physicist and an open white supremacist. (Shockley is also credited with bringing the silicon to Silicon Valley. After leading a group of Bell Labs scientists to invent the transistor, he recruited bright ex-employees to California for new business ventures. Many of them left Shockley because of his general unpleasantness and started their own companies, including Fairchild Semiconductor. Fairchild employees would go on to found Intel and Kleiner Perkins.)

Graham looked for alternative donors as the laureates rejected his requests. His assistant Paul Smith traveled throughout the nation, finding recruits at college campuses (mostly scientists and academics) before expanding requirements to accept sperm from athletes, artists, and businessmen. The Repository’s donation guidelines remain industry standard. Men donated 3 to 4 days a week with 48 - 72 hours of abstinence between appointments. Specialists would conduct cytometry to evaluate sperm concentration, shape, and motility (aka directional movement; forward motion is good but circle movement is bad). A high count was also vital because liquid nitrogen freezes and kills most sperm. 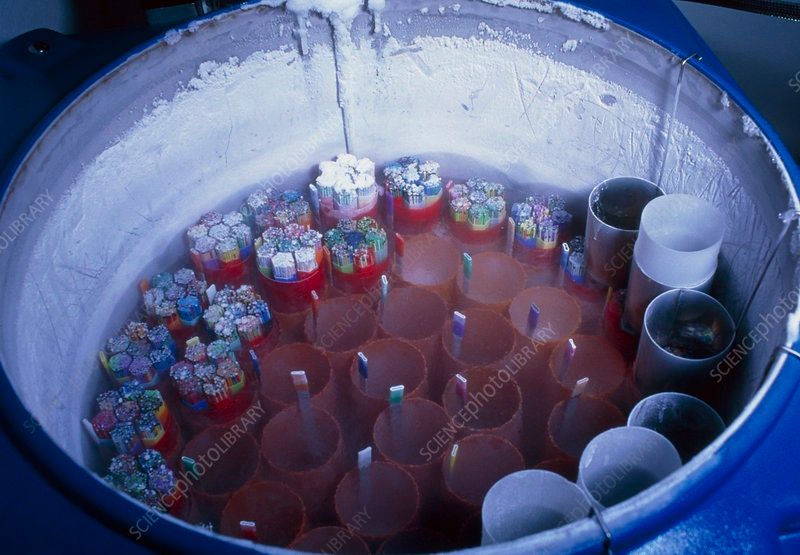 Yet we’ll never know most of the Repository’s donors. The list was lost in the nineties when the bank shut down and only color-coded files remained.

Some men came forward for documentaries about the sperm bank, like Paul F. Kisak, whom Graham recruited because of his CIA background. Jason Kaiser (a geneticist) appeared in a 2003 Discovery Channel segment to reunite with three children born from his donations. Journalist David Plotz researched the Repository in his 2006 book, The Genius Factory, and tracked down most of the conceived children. None of the 219 are Nobel winners (yet). Plotz concluded that it’s hard to know if Graham was right about the sperm of high-IQ men creating high-IQ children because the Repository’s donor archetype was more illusion than reality. One man falsely claimed an IQ of 160 (his semen was not removed from the bank). Another was the son of a Nobel Prize winner but was otherwise noted as "unremarkable" in his files.

My Brief Search For A Celebrity Look-A-Like Donor

While the Repository is gone, hundreds of cyrobanks exist today. I thought about visiting one for this post, but thanks to Covid-19 and the fact that I cannot drive, I’m stuck with the internet. Turns out that was all I needed for some wacky original research.

Ever heard of California Cryobank? Infamous for its 1% donor acceptance rate? More importantly, renowned for its trademark Donor Look-A-Likes program? 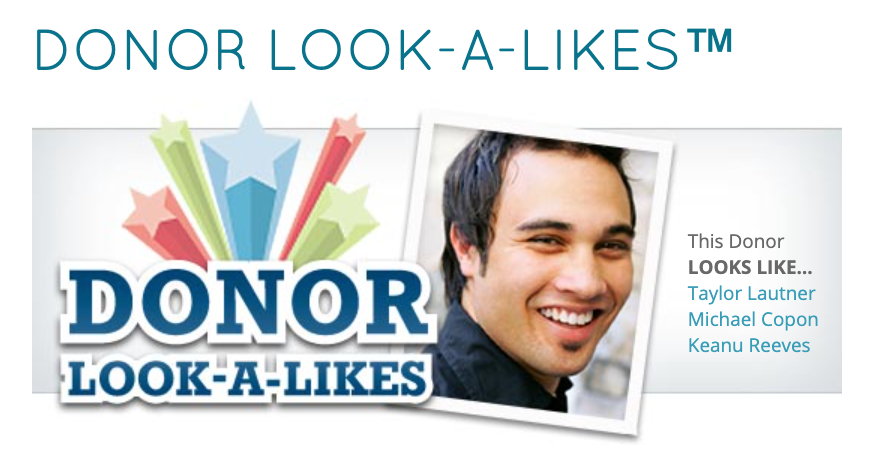 I, too, was disappointed that this donor looks nothing like Taylor Lautner or Keanu Reeves but my interest was piqued. I had to learn more. As one does, I paid $145 for respectable, Level 2 digital access to the cryobank. 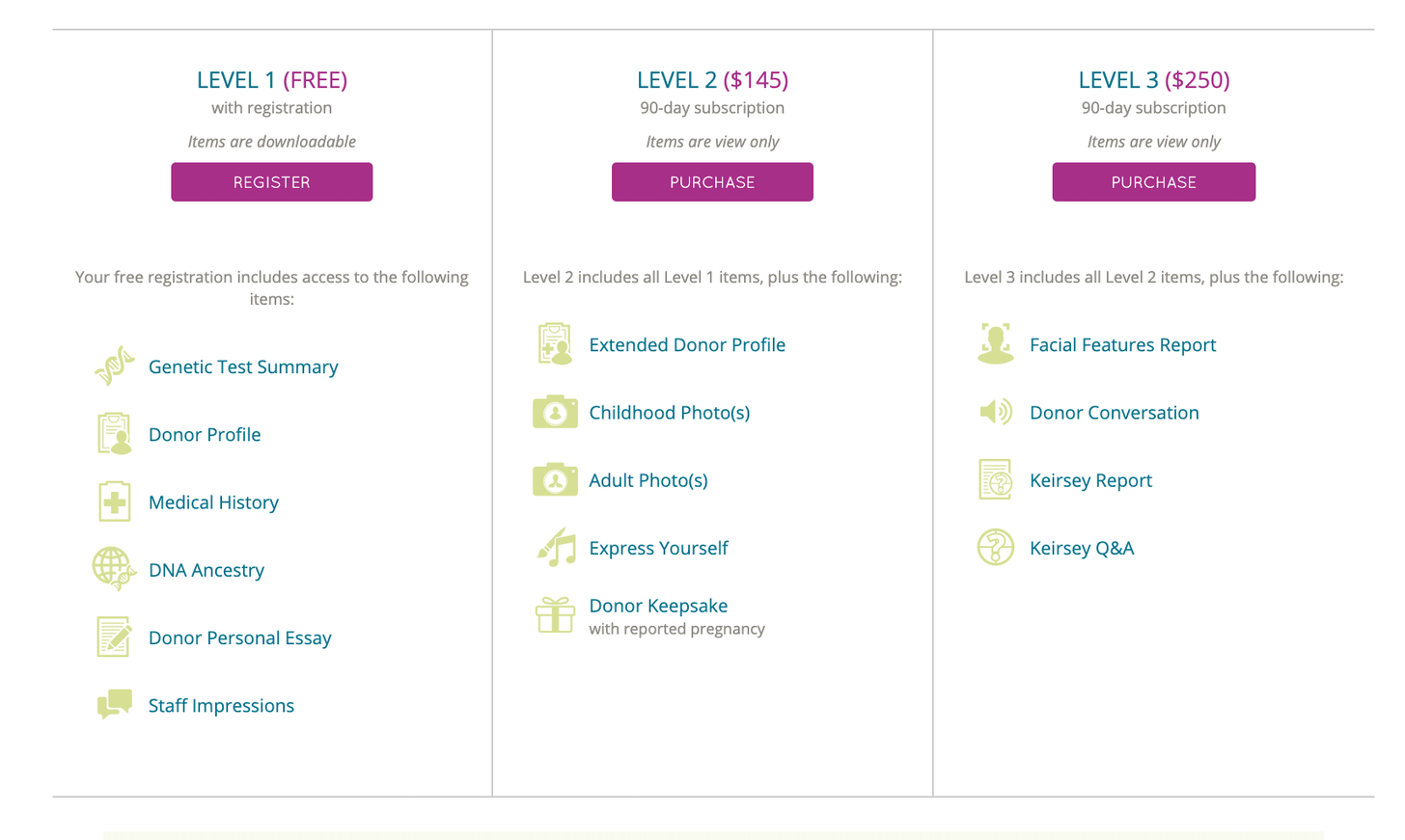 Even without registering for an account, anyone can browse for a donor and see high-level information. The Quiet Creative. Blue-Eyed Optimist. Social and Sporty. Natural Protector. Sky’s The Limit. Come Together. MVP. Eye of the Storm. More Science Than Fiction. Math Triathlete. These are some of the pithy monikers attached to public donor profiles.

According to California Cryobank, height and ethnic origin are the most dominant factors in choosing a donor. Almost two thirds of the donors identify as White (25% as Asian, 10% as Hispanic/Latino, and 3% as Black). There’s also a section that asks donors about their complexion - like fair, medium, dark - relative to their ethnicity, which I’m not crazy about… Only 6 donors are not college-educated. 165 have a "DNA Advantage" (a generous way of saying the donor’s detailed genetic screening came back negative for 200+ disorders and syndromes). Here’s a sample test summary.

Most of the men are Anonymous Donors or Open Donors. Anonymous Donors have not agreed to contact with potential future offspring, though they have not ruled out anonymous interaction in the future. Open Donors have agreed to a minimum of one communication with any offspring once the child turns 18. That communication might range from an email to phone call or in-person meeting.

I spent a little too much time on the Look-A-Likes filter. Because I can’t show you these donors (Terms of Service), here’s my colorful commentary:

But all of these filter for external qualities. What if I want to get to know the donors more personally? Califonia Cryo provides detailed analysis on hobbies, athletic pastimes, creative expression, and favorite animals. There’s even personal essay prompts, with donors answering milquetoast questions like "if you could have lunch with any person from history, who would it be?"

The Staff Impressions section is a doozy. These qualitative perspectives read like a bad dating profile, or a realtor writing a platitudinous but positive pitch. Think something on the lines of: "Passionate, smart, and happy-go-lucky, Donor 33333 has always been drawn to outdoor living. He teaches young children and does stand up comedy in his free time - who wouldn’t want a donor that makes people of all ages laugh? Donor 33333 is 5’11", maintaining a lean physique from hiking. He is the kind of guy who makes sacrifices for the people he loves. Donor 33333 comes to the cryobank in faded t-shirts and khakis, often after visiting his grandmother. He likes long walks on the beach."

The donor process is like an intense college application complete with a DNA sample, childhood photos, handwriting analysis, audio supplement, and sperm vials. No wonder it costs a cryobank over $2,000 to recruit and screen each candidate! I also learned that male donors can have a member of the opposite sex in the room to provide stimulation and assistance with sperm production/ejaculation And if donors manage to produce/store at least 3 vials a session and their vials are in high customer demand, donors can end up making $1,000 a week.

As a final note, I want to recognize other kinds of donors like those undergoing chemotherapy or gender transitions. Deployed military families are also turning to cryobanks since the Pentagon created a pilot program in 2016 to cover sperm and eggs freezing. Cryobanks perform a critical function when male or female fertility is at risk; storing healthy sex cells is a wise contingency plan. There’s always more that can be written on this subject, particularly since I didn’t touch upon women’s fertility and IVF… maybe one day we’ll even have synthetic sperm. But I’ll leave prophesying and deeper investigations to the real journalists!