The Housing Market Has Fed Whiplash. It Doesn’t Have to Be This Way.

Mortgage rates spiked to a 13-year high in June after the Fed tightened monetary policy. Monthly mortgage payments have surged nearly 50% since last year, putting a big chill on the housing market. As a result, builders are retreating, which means the U.S. will go another year with tepid home construction when we are already facing a housing shortage of four million units. At this rate, it is hard to imagine that home construction will ever catch up to demand.

This is why we need a better plan to drive home construction even when interest rates make building market-rate housing unappealing.

Some ups and downs are an unavoidable feature of the housing market. When the economy is doing well and debt is relatively cheap, homebuyers flock to the housing market. Prices increase sharply and quickly because supply is slow to react to rising demand. Only after prices and profit margins increase do home builders react and begin building more homes. But as soon as increasing interest rates or a weakening economy threaten demand for homes, builders pull back. The cyclical nature of the housing market means that builders consistently underbuild because overbuilding is too risky.

There are many other reasons why housing is undersupplied, such as restrictive zoning, red tape for new projects and property tax structures that discourage development of land. All of these issues could be remedied by policy changes, but the housing market cycle is more immutable. The only entity that can directly affect the length and amplitude of the housing cycle is the Federal Reserve, which only prioritizes the health of the housing market when the housing market is at risk of collapse.

The Federal Reserve intervened in the housing market to buy billions of dollars worth of mortgage backed securities during the housing market collapse of 2008, and again when there was fear of a collapse in 2020. But those swift and immense interventions have actually made the housing market’s cycles more disruptive and have worsened affordability for first-time homebuyers.

The Fed is fighting high inflation now because its policy makers misstepped by keeping interest rates at zero for too long. The Fed only started tightening in March 2022, a full year after Americans began receiving their first doses of the coronavirus vaccines. An influx of homebuyers taking advantage of low interest rates overheated the housing market, sending home prices up by nearly 40% since the start of the pandemic. Now that the Fed is correcting its policy, the housing market has been jerked back down to earth. Builders didn’t even have a chance to sufficiently increase supply during the heights of demand in 2021 due to pandemic-related supply-chain shortages. And just as the building industry was starting to make incremental improvements in the supply shortage, the Fed raised interest rates, making home building less profitable and more risky.

The housing market is now entering hibernation due to the rapid rise in mortgage rates. Both buyers and sellers are stepping away. Builders are pulling back too and likely won’t ramp up construction again until the next time prices shoot up.

In an ideal world, interest rates, inflation, and economic growth would all be steady and predictable. This would reduce risk for builders and allow them to build a steady flow of homes, which would help lessen the housing shortage. But unfortunately, it seems like the world, and consequently the economy, is getting more uncertain and less predictable.

Global economic uncertainty is surging, according to the International Monetary Fund. We are in unprecedented economic times given Russia’s war in Ukraine, global climate change, and continued supply-chain interruptions. The high interconnectedness of the world means that a catastrophe thousands of miles away (like the war) could have large consequences on prices in the United States, resulting in the Fed having to make swift changes in interest rates, making housing cycles even more volatile. Like the last seat at the back of a school bus, the housing market feels bumps in interest rates more acutely than the rest of the economy. And the road ahead looks rough.

We need more government policies that support construction of housing during the troughs in the housing cycle. One such policy is to automatically deploy funds to subsidize or build new construction of affordable housing any time mortgage interest rates increase by more than 25%. Legislating automatic triggers for subsidies would allow new supply to come on just as builders start getting skittish. Builders would face less risk knowing they can shift their efforts to the construction of government subsidized affordable housing when the profitability of market-rate housing starts turning down, or they could sell unfinished projects to a public developer to complete for use as social housing.

California’s Assembly Bill 2053 would have created a publicly owned housing agency to use private contractors to build mixed-income affordable homes funded by rents on market rate units and state bonds. Because the public agency would develop its own land that is only increasing in value, the public fund would theoretically be self-sustained without relying on tax revenue. This bill doesn’t seem to have a path forward, which is unfortunate because if successfully implemented it would have helped California climb out of its housing shortage even during downturns in the housing market.

"The tight link between housing production and the business cycle is a tremendous drag on growth," says Paul Williams, executive director at the Center for Public Enterprise. "If we are going to confront not just the housing shortage, but broader economic stability, we need these kinds of public programs that can smooth construction across cycles."

Guest commentaries like this one are written by authors outside the Barron’s and MarketWatch newsroom. They reflect the perspective and opinions of the authors. Submit commentary proposals and other feedback to [email protected].

Recession May Be on Our Doorstep. Why That Could Be Good News for Investors. 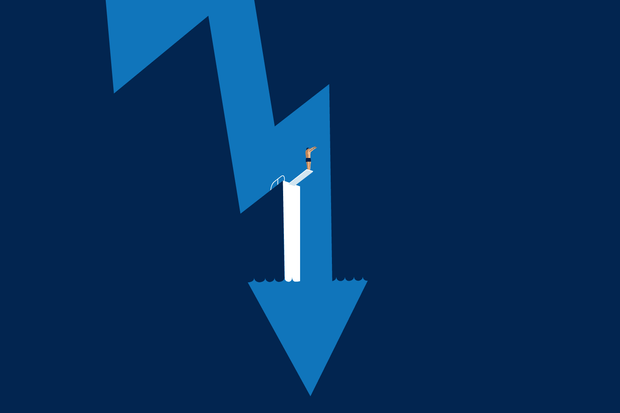 About the author: Larry Hatheway is a co-founder of Jackson Hole Economics and the former chief economist of UBS .

Economists and pundits who expect recession but not until 2023 may soon be surprised to find it already at our doorstep.

That’s a big deal. It matters whether a recession comes sooner or later, for the following reasons.

First, despite large setbacks in global equity and credit markets this year, investors are ill-prepared for an...