The Coconut Grove we love is getting wiped out

Luke Fronefield is a writer and filmmaker who lives in Coconut Grove with his family. HBO recently purchased the rights to his short film "El mar y el," a tragicomedy about the Mariel Boatlift. He and his wife run the Instagram accounts SoyLaGrove and SavetheGrove. 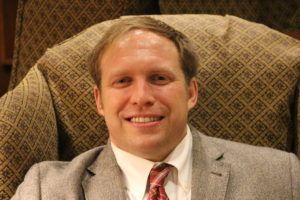 It’s our honeymoon in Venice. My wife and I are inside Harry’s Bar seated next to a table full of Europeans when we overhear the name of a familiar place: Coconut Grove. Of all the gin joints, in all the towns, in all the world… a table full of aristocrats in Venice are discussing the Miami oasis we call home.

"You have to go," a woman exclaims. "It’s a cathedral of trees with people living in between the nature!"

Sign up for our daily newsletter and get The New Tropic in your inbox every morning. Check out our latest newsletter.

My wife and I feel the need to interject and explain ourselves. Soon there are roars of laughter and drinks. It’s a story we’ve told over the years. And it’s a great story because it’s true. But as the Grove "develops," it’s a story that requires context and perhaps a disclaimer. People in Venice, Italy, talk about Coconut Grove, Florida. Why is that?

Sure, the Grove — with its banyan trees and ancient oaks, roaming peacocks, and Jurassic Park overgrowth—is a thing of beauty. But beauty can be arbitrary in a city where silicone bodies and twisting skyscrapers defy rules of gravity. Get beyond the beauty and you realize the Grove is something even more rare and sublime: ONE-OF-A-KIND.

With its high ground and abundant rainfall, the Grove is a unique subtropical rain forest ecosystem, unlike the rest of Miami which is essentially reclaimed swamp. This has allowed beautiful canopies like that of Main Highway to flourish with a semblance of manicured control, though left to its own devices the entire Grove would revert to jungle.

It’s that barely concealed wildness — jungle tucked inside the sprawling concrete metropolis of Miami — that makes the Grove like nothing else in the United States, and perhaps like nothing else in the world. It’s not sexy and it’s not slick. It’s the wild child of Miami. From a bird’s view, the Grove must look like a small patch of green surrounded for miles by strip malls and skyscrapers. Today, that patch is in danger of becoming a dot or disappearing altogether.

Miami is the supermodel of America’s post-recession real estate development boom. Bolstered in large part by international cash, the pace and style of building happening in Coconut Grove is unprecedented. It’s no surprise to see the recent Wall Street Journal headline: "Miami’s Coconut Grove Grows from Birkenstocks to Billionaires."

But billionaires aren’t murdering the Grove. While they are purchasing condo units downtown, it’s the developers bulldozing the "cathedral" of trees, as well as properties up and down the cozy streets of the Grove, who are acting recklessly, and, in many cases, illegally. Lots are being bought, sold, and flipped at an exhausting pace. Many developers are subdividing the lots so there will now be two or three homes where there was previously one.

Developers, real estate agents, investors and families, all of whom are attracted to the Grove because of the tree canopy and natural environment, seem to have no problem destroying the same elements of this natural oasis they’re seeking. And let’s be honest: the modern white cubes popping up throughout residential Miami are disturbing not simply because of their ostentatious tacky appearance in today’s terms (imagine when they become dated!), but mostly because of their designers’ insistence on the uniform two-level compounds taking up as much space as possible.

The "Butterfly House" on Loquat was demolished this past week. As you read this there are dozens of Grove properties either up for sale or sold recently to developers. For many years the landmark house at 3600 Hibiscus was cloaked by a majestic garden that rivaled Fairchild. No wonder it was the first stop on the Grove’s Garden Tour.

Children in the neighborhood watched recently as the roots of that garden were torn away and dozens upon dozens of trees were stripped bare and pulverized. The house was demolished and now residents are left to ponder the fate of the blemished plot of land where the home once stood hidden by the Grove’s natural beauty. Will the development for this property follow code, and, if so, will the current code and enforcement protect the intrinsic beauty and character of the neighborhood?

I’ve spoken with City of Miami Commissioner Ken Russell and his assistant Anthony Balzebre and they assure me they are working on both the code and its enforcement. But unlike the tree razing and demolitions, that kind of work doesn’t happen overnight. In the meantime, will there be yet another giant white symmetrical cube built here? Or worse, will there be two or even three modern cubes here in place of one home like before?

It’s greed and development gone bad with modern "homes" that in no way fit the character and scale of Grove life and community and whose image evokes what can only be described as the industrial dentistry complex. These office buildings parading as homes come at the expense of a sacred tree canopy and natural space that can never be reclaimed. Their creators dress nicely and drive expensive cars, but don’t let that kind of beauty distract you: these modern developers and cubes are slowly, but surely, killing the Grove. And who’s going to stop them?

Miami has always felt a little like the "wild west," a place where law and good taste take a backseat to the highest bidder. But the Grove is the ancient pearl inside the fly-by-night city—a world-wonder with a rich history and lush landscape that is worth protecting and preserving for future generations.

For all its history there is something that has bound the trees, landscape and the people inhabiting the houses of Coconut Grove, and that’s a very simple understanding: the trees and peacocks reign supreme. This kind of understanding and lifestyle is not for everybody, and that’s why there are zillions of other places to live. As a neighbor recently remarked, "You want a lawn and more light getting to your flowers, go ahead and move to the Gables." Coral Gables is an architectural and community gem in its own right. But it’s not The Grove.

Do you remember the film Best in Show when the insufferable snob played by Parker Posey explains how she met her yuppie soulmate? "We met at Starbucks. Not the same Starbucks, but we saw each other at different Starbucks across the street from each other." It doesn’t matter if you’ve seen this movie or not. We’ve all seen this movie before. We’re making it right now. Over and over. We are the audience. We’re also the actors.

Your View is a recurring series of opinion pieces from members of The New Tropic community. To share your ideas, goals, and work about Miami with the community in a Your View piece, please email us at [email protected]

By The New Tropic