This article is the third in a four-part series we launched this week on American alleyways as promising sites for incremental infill development. Read part two here. The author, Thomas Dougherty, will be the guest on Thursday’s episode of The Bottom-Up Revolution podcast. You can also download the e-book we created for this series for free, which features bonus content not shown on the website!

By the end of the nineteenth century, infrastructural innovations had begun to negate the need for service alleys. Plumbing brought fresh water, eliminating the need for a courtyard or alley wells, and took away wastewater, eliminating the need for alley outhouses and the pickup of human excrement. Electricity and gas brought light, heating, and cooling, which meant people no longer needed deliveries of coal and ice. Automobiles, both in delivery services and private transportation, meant people didn’t need to access barns and stables and all the associated space required for horses and carriages.

In 1869, Frederick Law Olmstead and Calvert Vaux prefigured the end of the service alley with their design for Riverside, Illinois, a train suburb town of Chicago. The design was meant to embody the best elements of the city and the country. It was a picturesque development with single-family houses lining gently curving streets. Service alleys were almost completely absent from the plan.

Alleys had been developed to house the unsightly services required for city living. They were known for their stench, filth, and disease. For the Garden City ideal of the early twentieth century, the alley was reminiscent of the worst of city living. New street car suburbs often left out the alley. Between 1915 and 1920, automobile ownership in the United States quadrupled. "The auto was speeding up what the trolley lines had begun," wrote Grady Clay, "spreading out the old walk-in city where people had crowded together to make the tightest use of scarce land."

As went the pedestrian-scaled city, so went the alley. According to Michael Martin, "Alleys for the most part ceased to be platted in new developments after the Federal Housing Administration officially disfavored them in the 1930s."

Grady Clay, the journalist who advocated for saving St. Louis’s alleys, wrote in Alleys: A Hidden Resource, "The new suburban pattern was fixed and the single family house was embedded along waving green lines on maps, with no more than utility easements out back. Every object and activity that required access, garbage, car repairs, storage of boats and trailers—began moving off the back of the lot." An alley could not be found anywhere across the country in post-World War II suburban development. 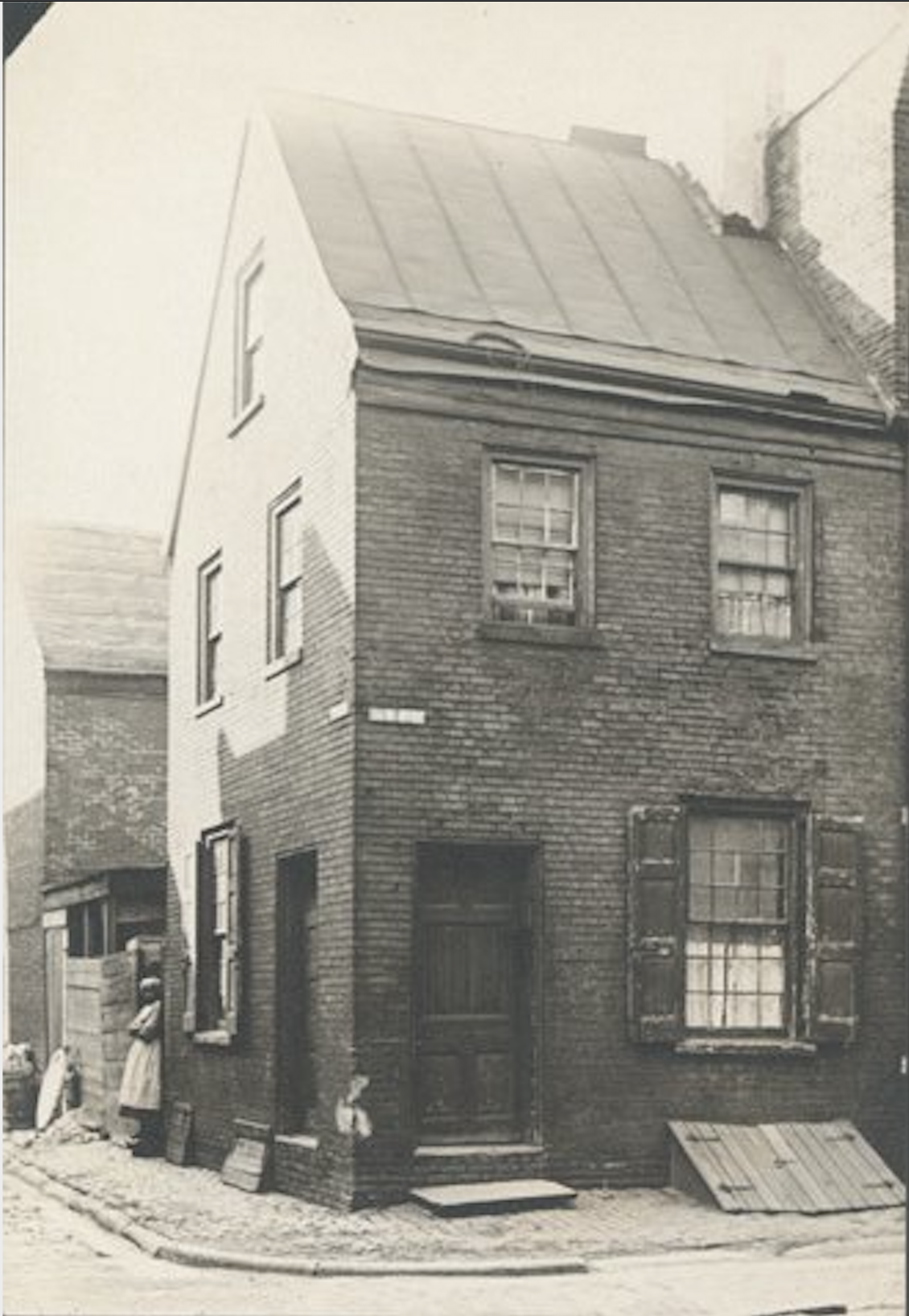 House built in 1813. (Image via the Library Company of Philadelphia.)

Zoning the American Dream (The End of the ADU)

ADU: An accessory dwelling unit (ADU) is a secondary home on the same lot as a primary dwelling. ADUs are independently habitable and provide the basic requirements of shelter, heating, cooking, and sanitation.

Building multiple buildings on a single lot of land was once commonplace in the Americas. By the mid-1800s, carriage houses, alley homes, and other secondary dwelling units were common in cities across the United States. The mews of England and the houses along the minor streets of Philadelphia were ADUs until the lots they were built on were subdivided much later. 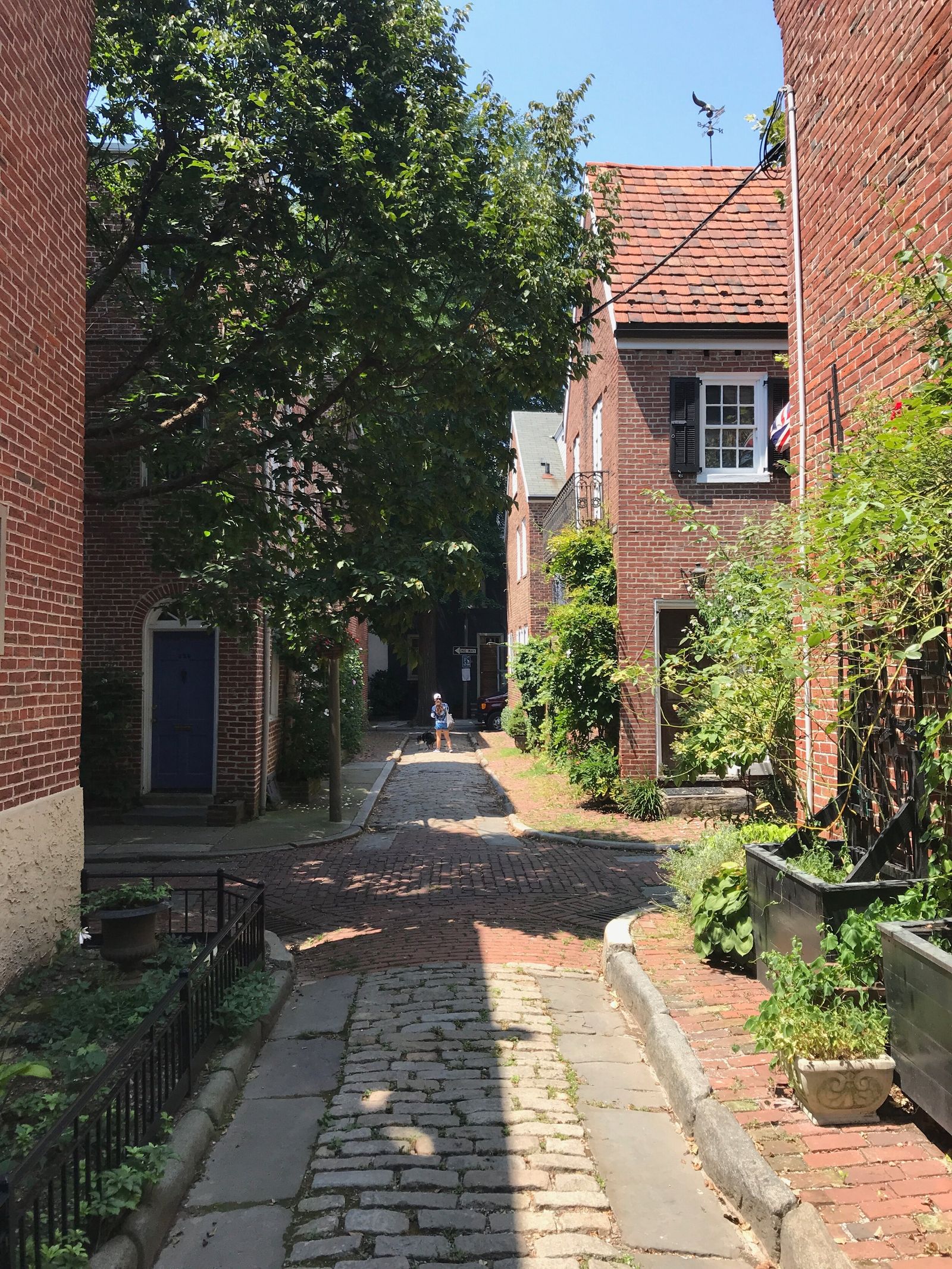 By the late 1800s, in cities across the country, building codes sought to end development along inner-block alleys more prone to disease and fire. This largely put an end to the private construction of secondary rental units and dense alley development, though it often did not explicitly make building ADUs illegal.

Putting secondary dwelling units on a single lot had been part of the building culture of American towns and cities since its founding. But by 1935, their construction had all but stopped. This was primarily due to the implementation of zoned urban regulation. Zoning ordinances had been used in America since the beginning of the century, but after the Supreme Court Decision in Euclid vs. Ambler (1926), zoning codes were widely implemented across the country.

Zoning codes halted development of ADUs in existing towns and cities. As suburban development boomed after World War Two, the urban block and alley, the infrastructure within which ADUs were traditionally built, got left behind.

In 1904, Emily Dinwidie had documented the unsanitary conditions of the alley dwellings in Philadelphia, the result of overcrowding, inadequate plumbing, and the nature of urban life at the time. The developments of postwar America were equipped with an entirely new infrastructure system. As living standards in America improved, the health concerns associated with ADU development were no longer warranted. "According to the Census American Housing Survey, in 1940 half of all dwellings in the United States lacked plumbing," Kol Peterson wrote in Backdoor Revolution. "By 1980, only 2.4% of housing units lacked plumbing." However, the zoning codes that still govern the majority of cities today have not changed to recognize the infrastructural improvements and health and safety innovations since the early to mid 1900s; they still outlaw ADU and inner-block development.

The American Alley: A Hidden Resource

The purpose for maintaining or developing new ADUs has changed in the last century. Historically, the ADUs lining minor streets of Philadelphia were built to house low-wage workers in a dense industrial city. One of the key interests in ADUs of the last 40 years has been their potential as living arrangements for elderly parents—hence the name "granny flat" or "in-law suite." 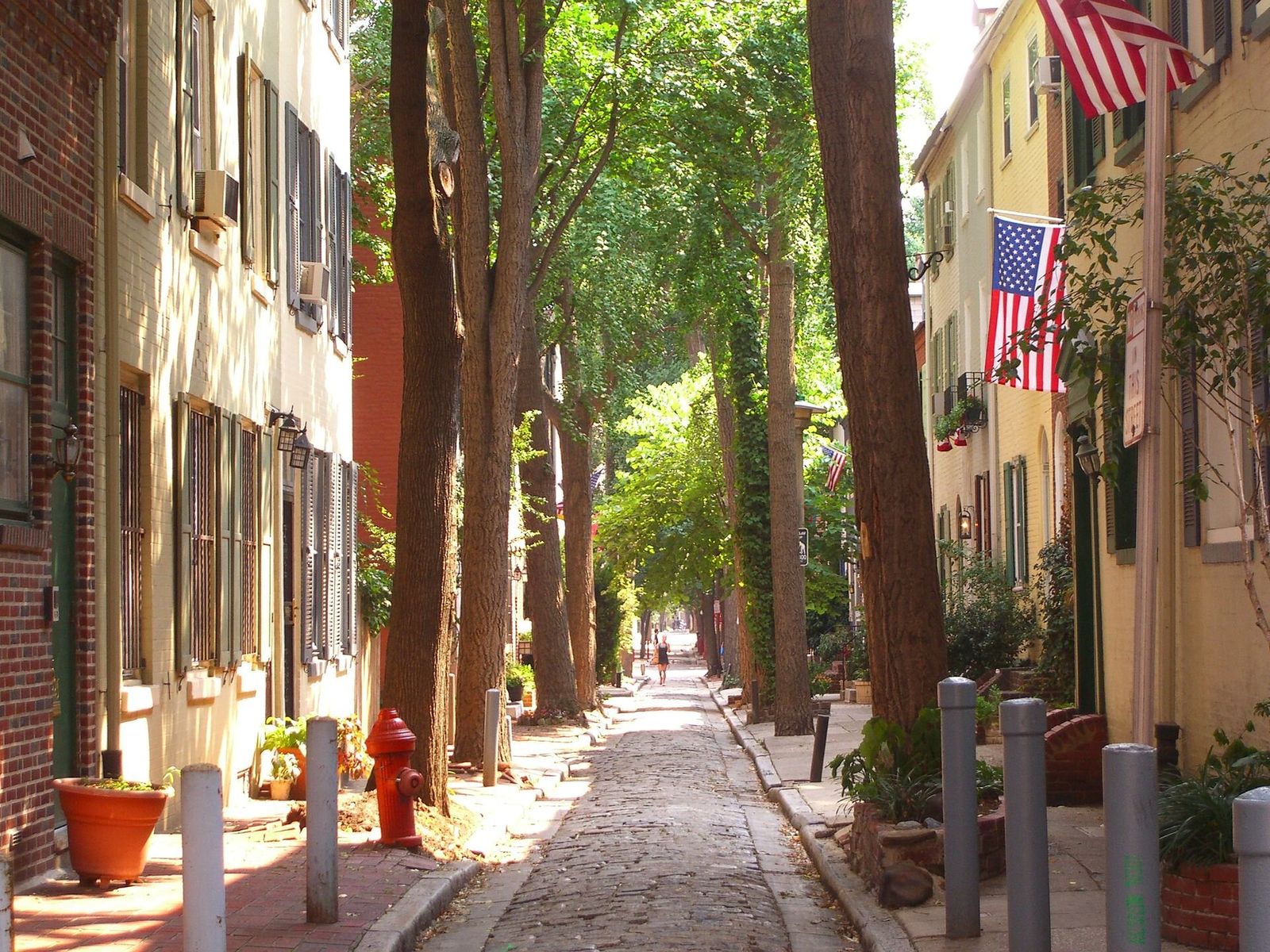 A minor street in Philadelphia. (Image via Wikipedia.)

Kol Peterson writes: "In the 1980s, there was a surge of interest in using ADUs as a form of housing for elderly people. A range of government initiatives were tested and failed. It is only in recent years, since the early 2000s, that we have begun to witness an active resurgence in permitted ADU development in some cities and towns that have actively worked to induce them…"

In the last few years, many cities and states have passed new ADU ordinances to encourage the development of secondary units. ADU-building companies, advocacy groups, lending practices, and overall awareness have quickly grown. The number of ADU building permits in Los Angeles went from 80 in 2016 to over 2,000 in 2017.

Today, the stables along the Mews of London have been transformed into residences. Mews were not designed to be lived along, yet because of their urban layout, they have become beautiful residential streets. One London resident (as quoted in Giles Worsley’s "Inigo Jones and the Origins of the London Mews") wrote of the modern mews streets, "To the city dweller and city walker, the intricate network of these former stable blocks offers a respite from the tensions of city life. Their quiet, hidden and individual character almost always elicits a small shock of surprise and wonder."

The houses along the minor streets of Philadelphia, too, have become highly prized. Today, some of the most desired residential property lies along these streets and courts. Like the mews in London, these inner-block streets offer a quiet world of their own, right in the heart of the city.

Underutilized or even abandoned alleys can be found in traditional towns across the country. The similarity in scale to the minor streets or mews is striking. As ADUs are developed along alleys in the next few years, we are presented with an opportunity: to construct ADUs which front the street and transform the service alley into a minor street, or to construct ADUs which only look into the private lot, simply leaving the alley as it is. We will explore these unprecedented opportunities more in Part 4 of this series.

All images provided by the author.

Articles in This Series
 

If your city has alleys, chances are they aren’t generating the kind of wealth and productivity they should. This new, free e-book can help change that.

There is a human scale that has been forgotten here in America. Here’s how we might be able to reintegrate it into our cities.

The Bottom-Up Revolution is... Turning Alleys into Productive Space

Let’s look at how alleys fell out of favor in the American development pattern, and how this relates to zoning codes and ADUs.

Looking at the history of the alley reveals not only why they were once so useful, but why they are underutilized in many cities today.