Tesla opens a showroom on Native American land in New Mexico, getting around the state's ban on automakers selling vehicles straight to consumers 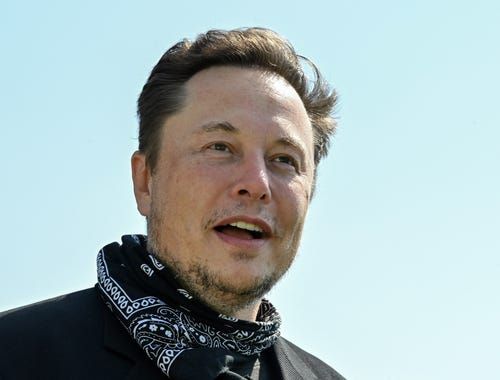 Tesla CEO Elon Musk.
Patrick Pleul/picture alliance via Getty Images
10 Things in Tech: Get the latest tech trends & innovations
Email address
By clicking ‘Sign up’, you agree to receive marketing emails from Insider as well as other partner offers and accept our Terms of Service and Privacy Policy.

The move allows it to bypass legislation that bars automakers from selling their vehicles straight to consumers in the state, rather than through third-party dealers, the publication reported. Nambé Pueblo in Santa Fe County isn't subject to the state law.

Prospective customers can test Teslas at the center, and Tesla owners can take their cars there for repairs, the report said.

This is the first Tesla sales, service, and delivery center in the state, Gov. Michelle Lujan Grisham said.

Two Santa Fe residents told The New Mexican that in the past they'd had to take their Tesla Model Y Performance to El Paso, Texas, when it broke down, a journey of about 300 miles.

I was fired from Google after my productivity plummeted

Phillip Perez, the governor of Nambé Pueblo, told the publication, "We are proud to be the first tribe to have Tesla on Indian lands."

The Tesla Owners Club of New Mexico, which says it has more than 500 members, was set up in 2015 to campaign for a Tesla sales and service center in the state.

Brian Dear, the founder and president of the club, told The New Mexican that the new Tesla center "changes everything for owners" and would help boost electric vehicle sales.

"It's a gigantic thing for New Mexico," Dear said. "It's such a significant milestone."

Jerry Ortiz y Pino, a member of New Mexico's Senate, has been pushing to overturn the law restricting who can sell vehicles in the state.

In 2019, he sponsored a bill to allow non-franchised car manufacturers, such as Tesla, to sell and service their vehicles in New Mexico. He told The New Mexican that the state's auto dealers had "absolutely opposed" the legislation. The bill ultimately fell through.

Other states also ban direct vehicle sales — in May, The Drive reported that Tesla had to ship Texas-made cars to other states before it could sell them to Texans.

Volume 0%
Next Up
The US government sank a giant ship on purpose — and the footage is amazing
00:49
More: Tesla New Mexico Electric Vehicles transport

Donald Trump takes a swipe at Jews, Catholics who didn't vote for him
Undo