Some Thoughts on Narrow Streets

During the 21st century, we should expect to see urban renewal projects that see entire neighborhoods redeveloped and new neighborhoods emerge as we pull down urban freeways, abandoned big box stores, and other non-places, unlocking hundreds of acres within our cities for redevelopment.

What should this redevelopment look like during the 21st century? We've spent the 20th century building cities for cars, and that has led to a lot of negative consequences, so car dependency is something we want to avoid. This means redeveloping and retrofitting neighborhoods to be more human-scale. As a city is a collection of people, we can accommodate the car, but we shouldn't build for the car.

Street width is important to our perception of scale; street width affects how far away destinations feel (does the other side of the street feel as if it is divided by a highway, or mere steps away?), and the character of a place (is it cozy and intimate, wide and spacious, or bland and barren?) But, the street width also has practical implications on land usage. 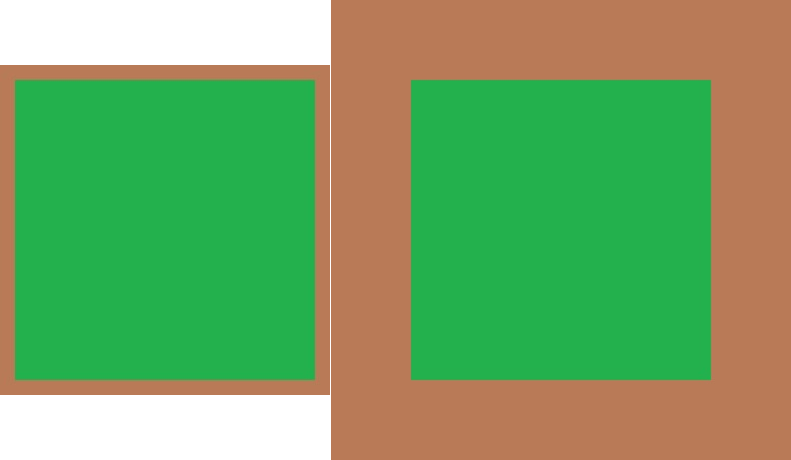 Now let's imagine this on a large scale. Imagine that we have an area of land (a square mile) and we divide it up into square 300 by 300 foot blocks. The wider the streets are (horizontal axis), the less land we have that can be developed on, put to productive use, and ultimately generate tax revenue; 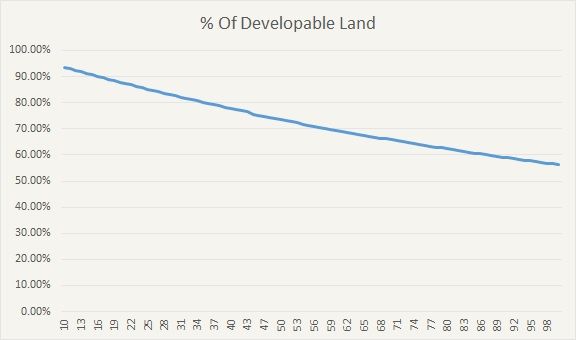 And the fewer blocks that we can fit into our square mile of land; 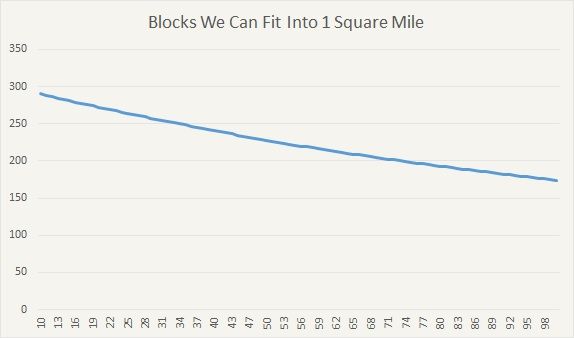 Let's assume that the developable land generates around $10,000 per acre per year in tax revenue, a pretty average value for low-rise urban development. As we widen our streets, we have less developable land within our square mile generating tax revenue (so our tax revenue falls) while we have a greater area of streets to maintain (so our expenses go up); 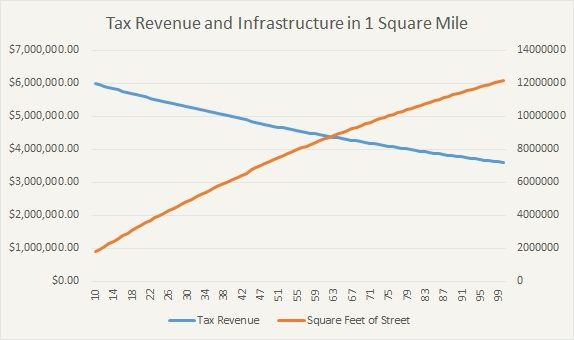 Let's combine these two figures together to see how much tax revenue we have supporting each square foot of street; 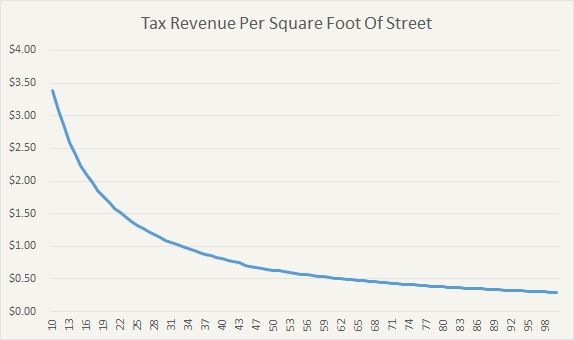 This is a very over simplified model, but you can replace 'square foot of street' with water pipes, electrical lines, mail routes, fire/police protection, or transit service. The additional space taken by wider streets scales out the environment which reduces walkability. It makes financial sense and saves space to build narrower streets. When land is the most valuable asset a city has, we want to make the most of it.

Of course, we don't want every street to be narrow. Narrow streets are somewhat of a pain to drive on. If we study the pattern of traditional cities from other continents, it's not uncommon to have a situation where around 75% of the streets are narrow (25 feet wide or less), while the remaining 25% are much wider (75 feet or more - including some extremely wide boulevards.) Even if the street network is highly connected, most vehicular traffic keeps to these wider streets (let's call them arterial streets to distinguish them from the narrower local streets) - simply because it's easier and faster to drive long distances on these wider arterial streets. You only have to deal with the narrow local streets on the first and last 1000 feet of a journey.

Most people appreciate living on a quiet street. Even if you like the idea of having a bustling commercial street within a 5 minute walk, chances are you still want the place you live to be relatively quiet and private. Building local streets that are inconvenient to drive on tends to work quite well at accomplishing this, because it deters most traffic away from local streets. Garbage trucks, delivery vans, construction vehicles, and emergency vehicles can still come through as needed, as well as the cars of people that actually live in the area, but you would avoid driving through unless you absolutely had to because it's slow and inconvenient. Yet, the impact to overall driving times is very minimal as you only spend the first and last minute of your journey navigating the local narrow streets at 10 miles per hour. The rest of your time is spent driving on 30 mile per hour or faster arterials. 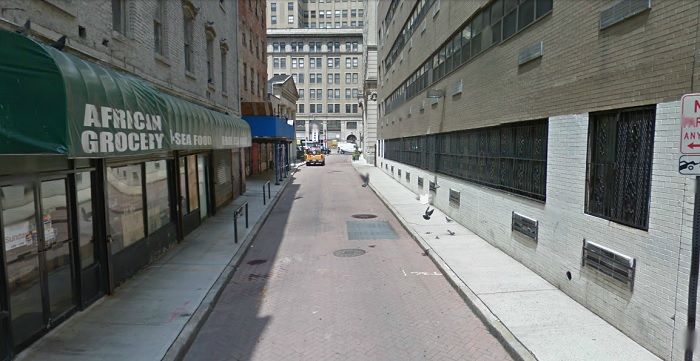 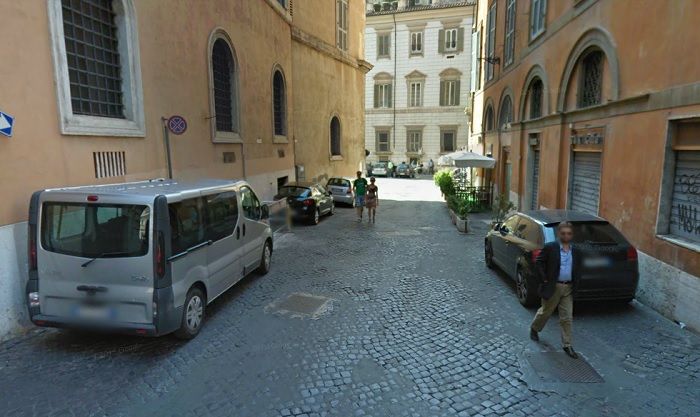 Rome, Italy. 25 feet wide. Spacious, even with on street parking. 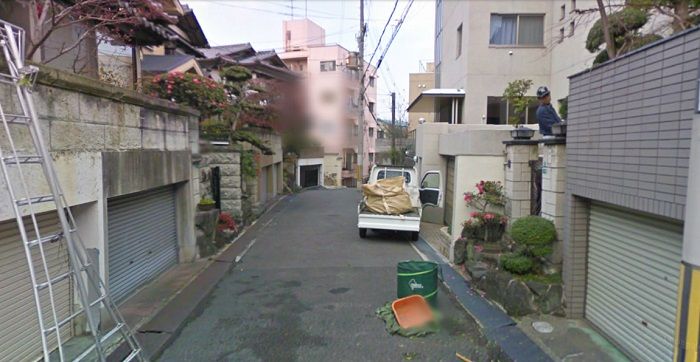 Osaka, Japan. 25 feet wide. You can easily drive around the parked utility truck. 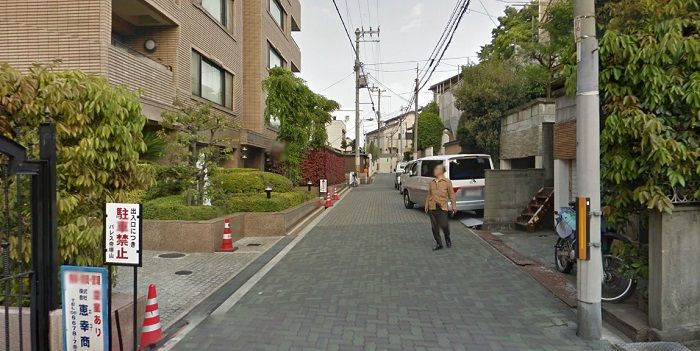 Notice on the last three images the lack of a sidewalk. Very few vehicles use local streets, and the ones that do drive slow and cautiously - similar to navigating a parking lot. Because it's safe, there's little need to segregate the different users of the street (pedestrians, cyclists, motorists.) If you drive, you spend most of your time on the arterial streets. If you walk, you can spend most of your time navigating the local streets in an environment that feels very natural to a human (you're not dedicating a large chunk of it exclusively to the automobile.)

The width of our streets can influence land use, safety, character, scale, and overall financial productivity. We shouldn't be fearful of building narrow when it makes sense. 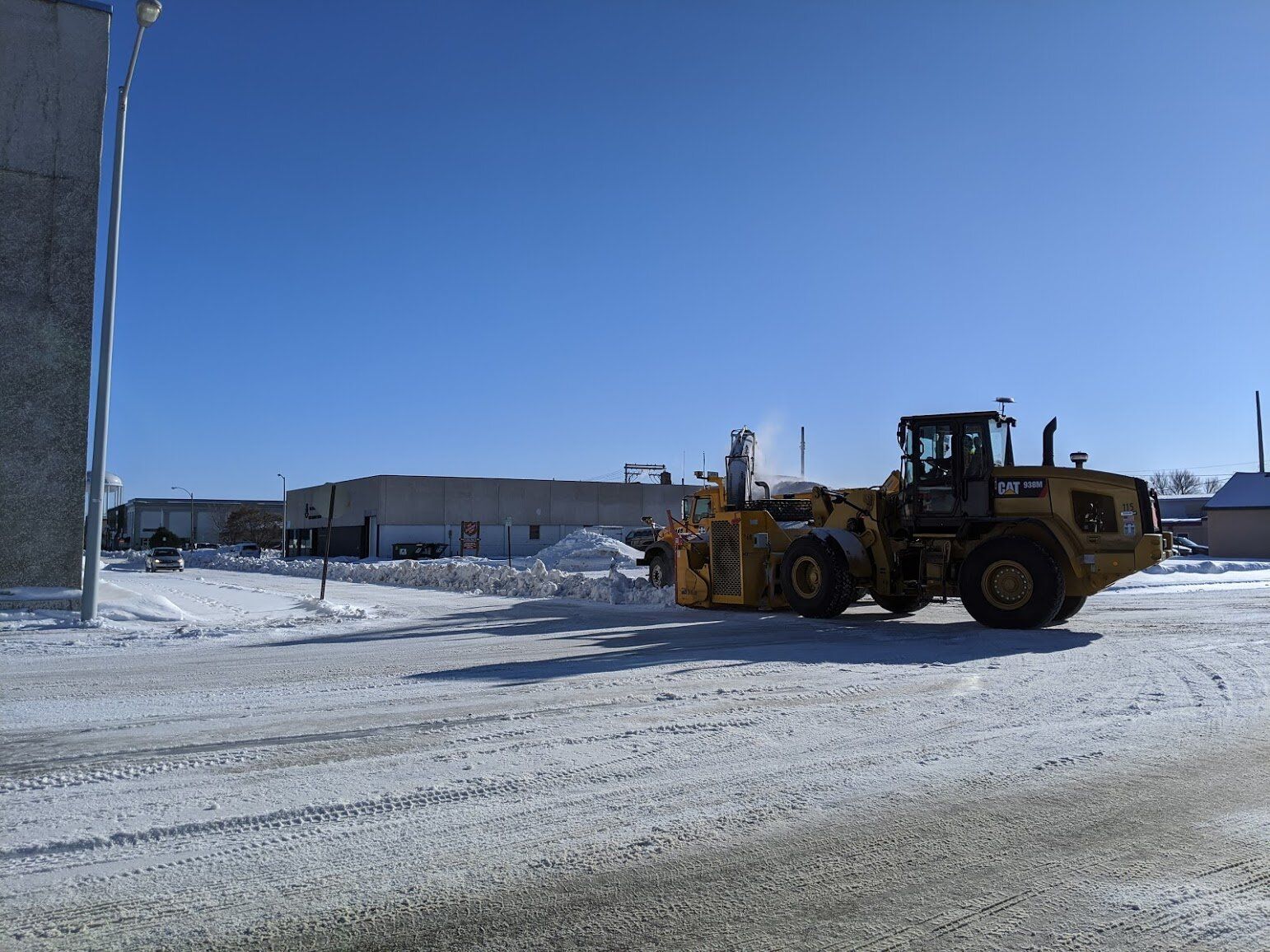 The Cost of an Extra Foot

For a traffic engineer, to be conservative in your design is to spend extra money building capacity you don’t really need. The spiraling costs of this approach are enormous. 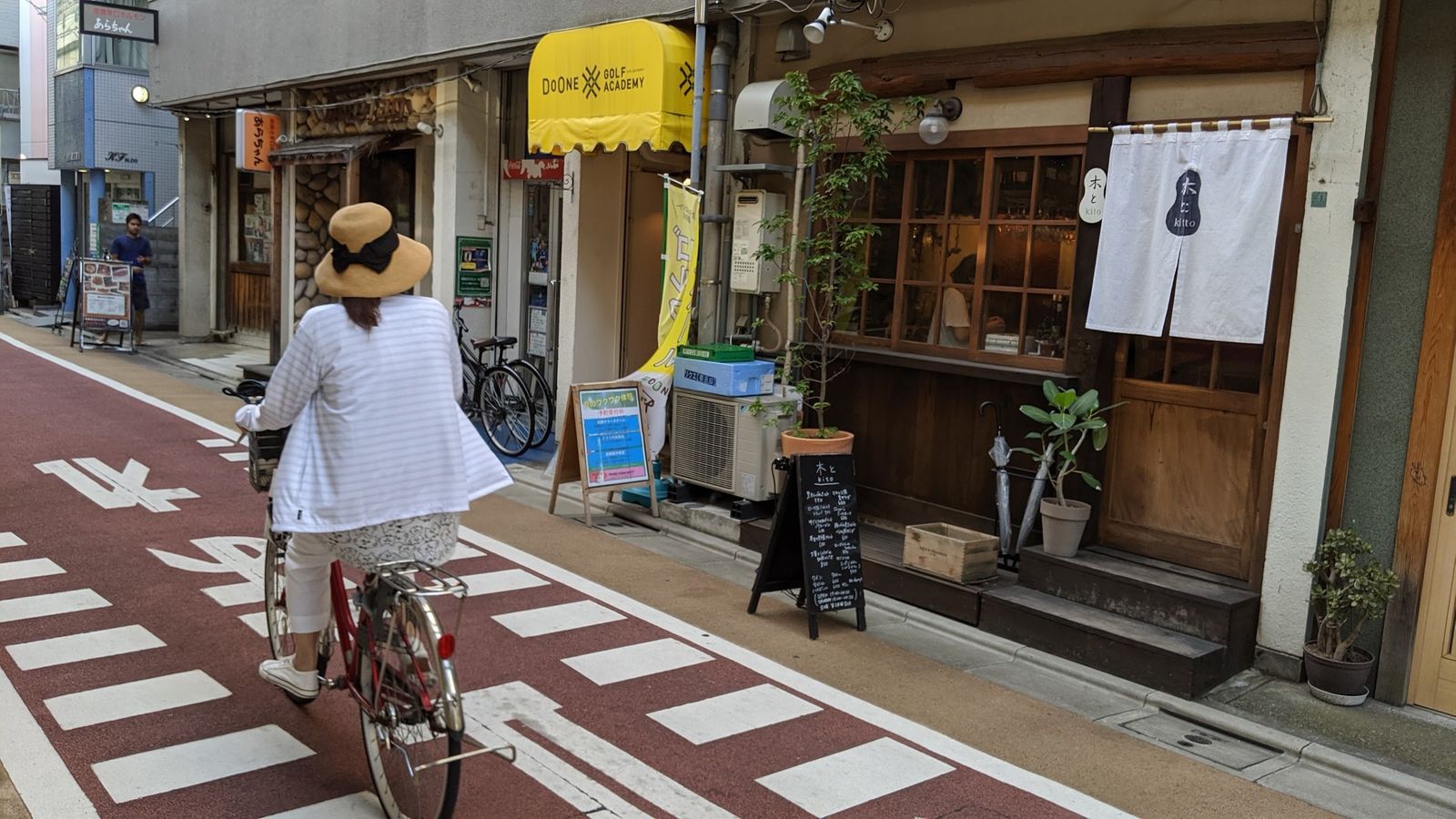 Lessons from the Streets of Tokyo

An urbanist abroad discovers that Tokyo faces many of the same challenges as U.S. cities — off-street parking, pedestrian safety, utilizing space, etc. — but is addressing them in very different ways. 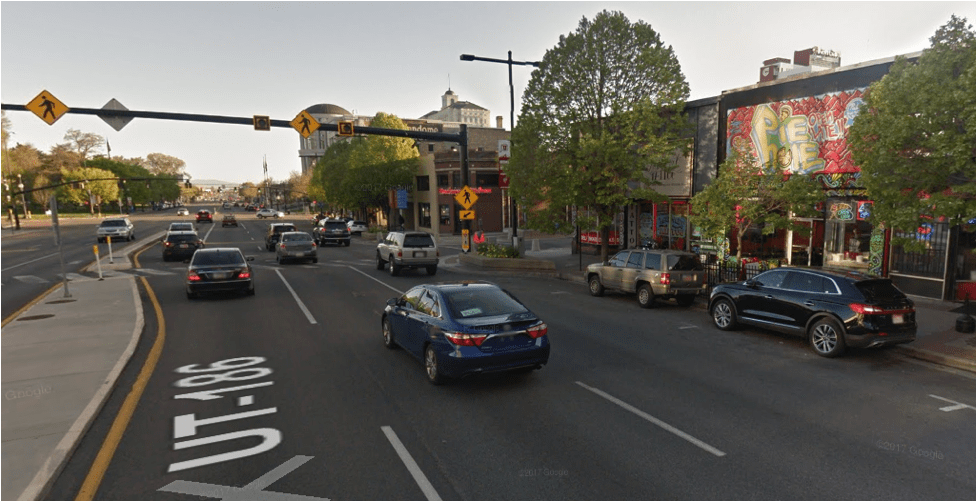 Forgiving Design vs. the Forgiveness of Slow Speeds

The "safety features" built into our modern streets are often downright dangerous. It's time to use the forgiveness of slow speeds instead of forgiving design. 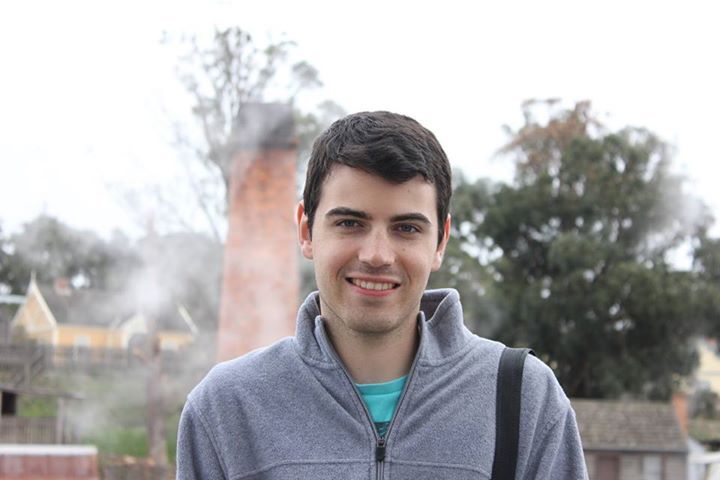 Andrew Price (Twitter: @AndrewAPrice) has been a regular contributor to Strong Towns since 2013 and is a founding member of the organization. Andrew is a software developer by day and an urbanist by night. He is passionate about traditional urbanism – he believes in fine-grained, highly walkable places that are built for people. He grew up in Australia and now lives in the United States with his wife. Andrew is a regular contributor on Strong Towns and runs his own blog, andrewalexanderprice.com. You can find many of his photographs throughout the Strong Towns website. Andrew’s motivation to be involved in Strong Towns and urbanism is to create a great place that he and his wife, and one day their children and their future generations will want to call home.

Mapping the Dollars and Sense of Land Use Patterns

Strong Towns is a 501(c)3 non-profit organization. Our work is performed under a Creative Commons Attribution-ShareAlike 3.0 Unported License. Please share with others to use for good.