In a recent Miami Herald article ( attr(href) ), popular columnist Andres Oppenheimer wrote "Latin America is the world’s most rapidly growing region when it comes to the funding of startup companies."

Having spent much of the last sixty days researching and writing a report for Commercial UAV News ( attr(href) ), I was not surprised by the statement, even though I was a bit amazed that the numbers were so unequivocal, a whopping $19.5B last year alone.

The amount of talent that I found during my numerous interviews in the region surpassed my wildest dreams, and the fact that Latin American skies are not as congested as the US and Europe created the right conditions for innovative startups that are addressing the most pressing issues of the region. This model is creating invaluable data that will eventually be used as proof that both crewed and uncrewed aircraft can coexist safely.

One great example of the combination of talent, uncongested skies, and an open-minded regulator is Aerialoop ( attr(href) ) in Ecuador. Founded by a group of aerospace and software engineers, Aerialoop is the perfect example of what happens when the best education meets opportunity and timing.

We connected with Pedro Meneses, co-founder and CEO of Aerialoop, Santiago Barrera, Chief Operations Officer, and Andreas Antener, Chief Technology Officer, for an exclusive interview about their technology and the business model they have adopted to launch their service. Pedro is a graduate of Embry-Riddle University ( attr(href) ) with a degree in aerospace engineering and an avid entrepreneur. Santiago is also a graduate of Embry-Riddle University and a former Sr. Director at Virgin Galactic, while Andreas has a degree in Computer Science and a masters in artificial intelligence.

"We have launched an aerial delivery service to cover the trickiest and most valuable part of the entire Point to Point delivery, the middle mile," said Pedro with conviction. "In the cities where our service has been a resounding success, crossing the urban footprint is the bottleneck, not the origin or the destination." 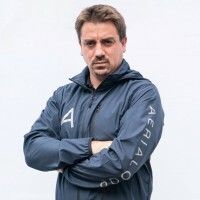 Aerialoop engineers have designed mobile reception/launch modules, called "hubs," that can be deployed in pre-approved locations, where deliveries arrive and are flown to the other side of the city, where a similar setup receives the packages and distributes them on the last mile to final destination."We carefully studied the different aspects of the aerial unmanned delivery model and determined that, in our mountainous cities, the big obstacle is not taking the package to the door of the house but crossing city sectors through traffic or lack of infrastructure, almost always in rush hour," Pedro said. "So, we came up with the concept of Smart Instant Logistics and, once the places for takeoff and landing were surveyed and agreed with the civil aviation authority, the rest was designing the best mobile hub and the ideal aerial platform."

The aerospace and autopilot software brainpower in Aerialoop is impressive and that is one of the reasons they decided to design and manufacture their own drone, with vertical takeoff and landing capabilities and changing flying configuration to save on battery life.

"We looked at a lot of different designs and finally decided to go for a fixed-wing configuration with auxiliary rotors that take care of the takeoff and landing phases of flight, while a single forward-looking propeller is used during cruise thus maximizing distance and minimizing energy consumption," Andreas said with enthusiasm. "So far, we have conducted over 15,000 flights and project to complete 40,000 more flights in 2022, with an average ground turnaround time of 7.5 minutes and a flight time of 10 minutes per 20 km (12.4 miles) flight."

Another huge differentiator for Aeriloop’s design and business model is the takeoff/landing hubs that make the transition from ground to air and then back to ground possible.

"We designed and manufactured a semi-automatic battery changer that allows each hub to be minimally handled and which can manage hundreds of consecutive flights without much maintenance," Pedro said. "Every aspect of the operation was carefully studied to make sure the costs can be reduced by the gradual optimization of each phase of the flight chain. The loop concept is also important to consider. While one aircraft is delivering in one direction it crosses paths with a returning drone in an endless loop of deliveries in both directions."

But what makes this business model really competitive?

"The answer is in the ‘dollars-per-flight’ to complete the middle mile," said Pedro. "If the cost of the flight constitutes a disproportionate portion of the entire transportation cost, then the business will fail, but if we manage to continually lower this amount, then the model is proven correct. We currently have a cost per 20 km flight of $2.08 but our goal is to get to $1.00, thus making the flight more competitive than conventional ground methods."

In terms of funding, Aerialoop is already generating revenue, but they are engaged in an aggressive campaign to attract venture capital to grow into other countries.

"The same conditions that we find in Quito, Ecuador exist in almost every other large city in Latin America and other parts of the world. The need for this affordable middle-mile delivery system is everywhere," Santiago said. "Our goal is to become the largest drone delivery operation in the world and for that we need funds to grow and continually accumulate flying hours and experience handling the complexities of dealing with regulators and ever-changing market realities."

Aerialoop’s success in Quito is unequivocal and their ambitions to become a global delivery company seem to be founded in a reality of thousands of flights and solid designs that can maintain regular deliveries. We will monitor Aerialoop’s progress and wish them all the luck in the world. 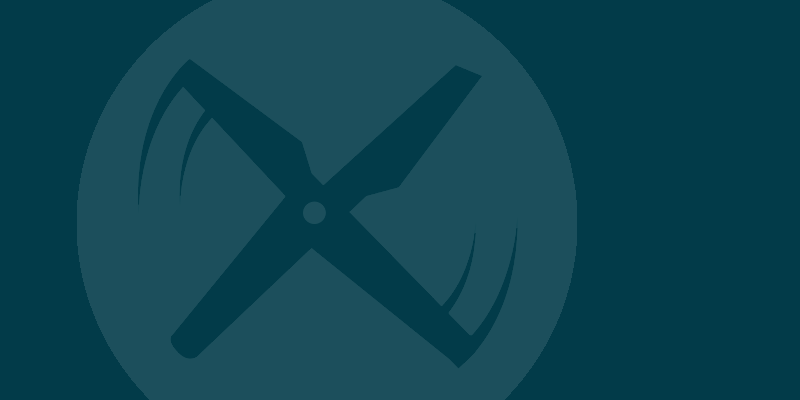 The information you submit will be stored and used to communicate with you about your interest in Commercial UAV News. We may also use this information to contact you about related products or content which align with your expressed interest in this content. You can always unsubscribe from any of our emails by following the unsubscribe information in the email. To understand more about how we use and store information, please refer to our privacy policy ( attr(href) ).

What to Read Next

About the Author Juan Plaza

Juan received a degree in Geodesy and a master in digital photogrammetry from Universidad Central de Venezuela and a MBA in international Finance from Florida International University. He has over 750 hours of experience in photogrammetry navigation and camera operation in aircraft as varied as WWII B-25, Cessna 310, Lear Jet 25C and Piper Aztec. Juan holds a Commercial, Multi-engine Pilot certificate. Juan has been selling mapping UAV’s in Latin America for four years and is a frequent guest speaker in events where the safety of flying UAV’s and the fact that unmanned and manned aircraft inevitably will share the same airspace, is a relevant topic. He is the CEO of Juan B Plaza Consulting ( attr(href) ), a services’ firm specializing in UAV and general aviation issues.

Subscribe to our weekly global newsletter for news, insight and market information about commercial drones!

Why Utility Companies Need to Rethink …

Predicting the Future of Drones in the …

Over the past several years, drones have become an important tool for …

How Tethered Drones Are Revolutionizing …

In order to become a certified remote pilot for unmanned aircraft, one …

Today’s announcement of Walmart investing in DroneUp to continue …

5G!Drones Is Putting the Pieces of the …

"5G!Drones project is focusing on bringing a massive ecosystem …

Selecting the Right Drone for Your …

Is Urban Air Mobility Destined to Be an …

All innovations, whether they are unmanned systems, aerial or …

Start the discussion…
Be the first to comment.
Powered by Disqus
Featured Report
( attr(href) )

What Do Drone Investment and Service Opportunities Look Like in Latin and South America? ( attr(href) )

What to Read Next

Solving the Last Mile Delivery Conundrum in the Middle East ›

ORKID and the Advancement of B2B Deliveries ›