Partners in Life and Business 1: Robert and Daryl Davis Seaside founders Robert and Daryl Davis have made Seaside the leader in New Urbanism. Photo by Marla Carter Photography

Many of Seaside’s galleries, restaurants, markets and shops are run by married couples who share their talents, strengths, burdens, long hours and business know-how. Some came together, some met in Seaside and later got married. Using a delicate balance of personal and business, these couples demonstrate that working in harmony is a vital part of what makes Seaside a special town.

Thanks to the vision of Seaside co-founders Robert and Daryl Rose Davis, the town has been recognized as "the most astonishing design achievement of its era, and one might hope, the most influential," by Time Magazine.

Working with the Davises were town planners and husband-and-wife team Andrés Duany and Elizabeth Plater-Zyberk, architects who conceived the movement in land planning known as New Urbanism, with Seaside as the birthplace of that movement.

Along with their better half, these couples add to the character of Seaside.

With a vision for a town where life slows down and people have time to be together, Seaside town founders Robert and Daryl Rose Davis introduced the world to New Urbanism. Together, Robert, from Birmingham, Ala., and Daryl, from Brooklyn, N.Y., merged their unique backgrounds, life experiences and talents to plan what Seaside would become. "I think you assume different duties, whether consciously or unconsciously depending on your skill set," Daryl says. "For instance, I didn’t know much about architecture and the principles of building. Those things I learned along the way. But I always had a good eye so I could tell you if something felt right."

They, along with other urban planners, designed the community of Seaside after visiting many urban towns in the U.S. and coastal France and Italy, taking inventory of the architectural features that give small towns their distinct character.

The town plan included beautifully detailed, densely grouped cottages surrounded by natural landscape, with easy access to the emerald Gulf waters, as well as a town center, a chapel, an adult educational institute, a children’s school and a market place. As a graduate of Antioch College and the Harvard Business School, Robert Davis had become an award-winning builder/developer in Miami. Daryl, earning a master’s degree in community psychology from the University of Miami, used her background to think about how to create community within the town. "Community, from what I’ve observed through travel, starts around shopping, meeting your neighbors, grabbing a coffee, taking your kids to school," Daryl says. "I used those markers as a way to create community in Seaside."

Daryl’s and Robert’s shared childhood experiences helped produce the organizational skills needed to form a town. "What’s always fascinated me is that both my husband and I came from a very chaotic childhood — lots of parents, lots of moving around, new schools, new situations. When your childhood is chaotic you try and organize it in some way to make sure that things are under your control. You take care of what is your domain since you can’t control the bigger domain. We both share that skill of being organizers, being able to plan for things that maybe weren’t so well planned in our childhood."

When it came time to show the town plan to prospective home buyers, Robert explained the vision of the town out of the first two cottages on Tupelo Street. Meanwhile, Daryl poured her heart into retail, opening a Saturday farmers market, and later a variety of shops that sell clothing, accessories and home décor items. Daryl says working together as a married couple was a bonding experience. "We never had the relationship where you come home and don’t talk about your work," she adds. "Seaside is as much about home life as work life. There’s not that separation. And because we work together, that has good implications and bad implications. There’s not much time off. One person will think of something all of a sudden and talk to the other. Sometimes my mind just wanted to relax. But on the other hand, it gave us something to focus on besides our problems." 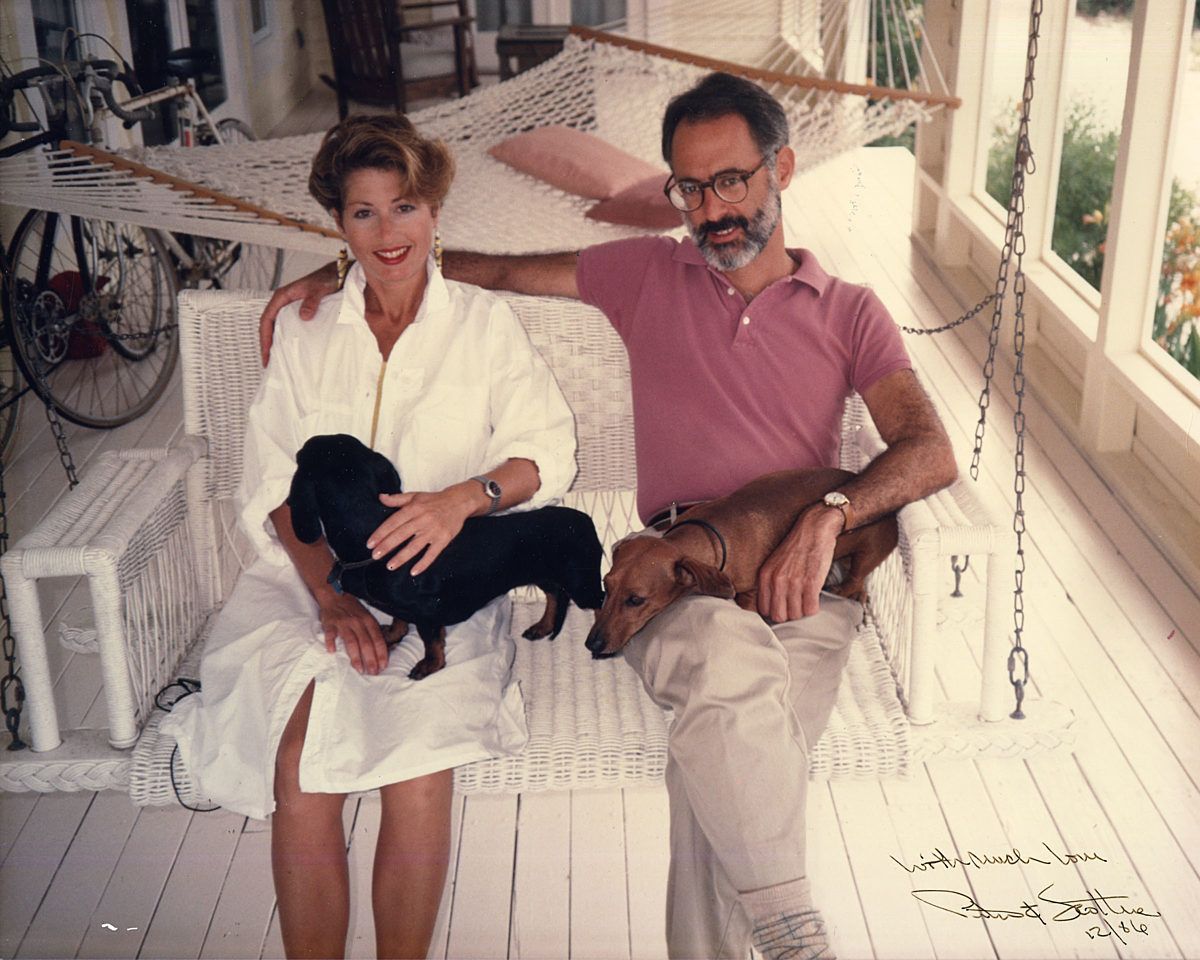 Daryl and Robert Davis, with their dogs Bud and Guiness, in the 1980s. Photo courtesy Seaside archives

Partners in Life and Business 1: Robert and Daryl Davis

Partners in Life and Business 2: Charles and Sarah Modica; Heavenly and Bill Dawson