We Are Living in a Science Fiction Novel

Digital currency? Ransomware? China on Mars? They’ve all been anticipated in books and serials. 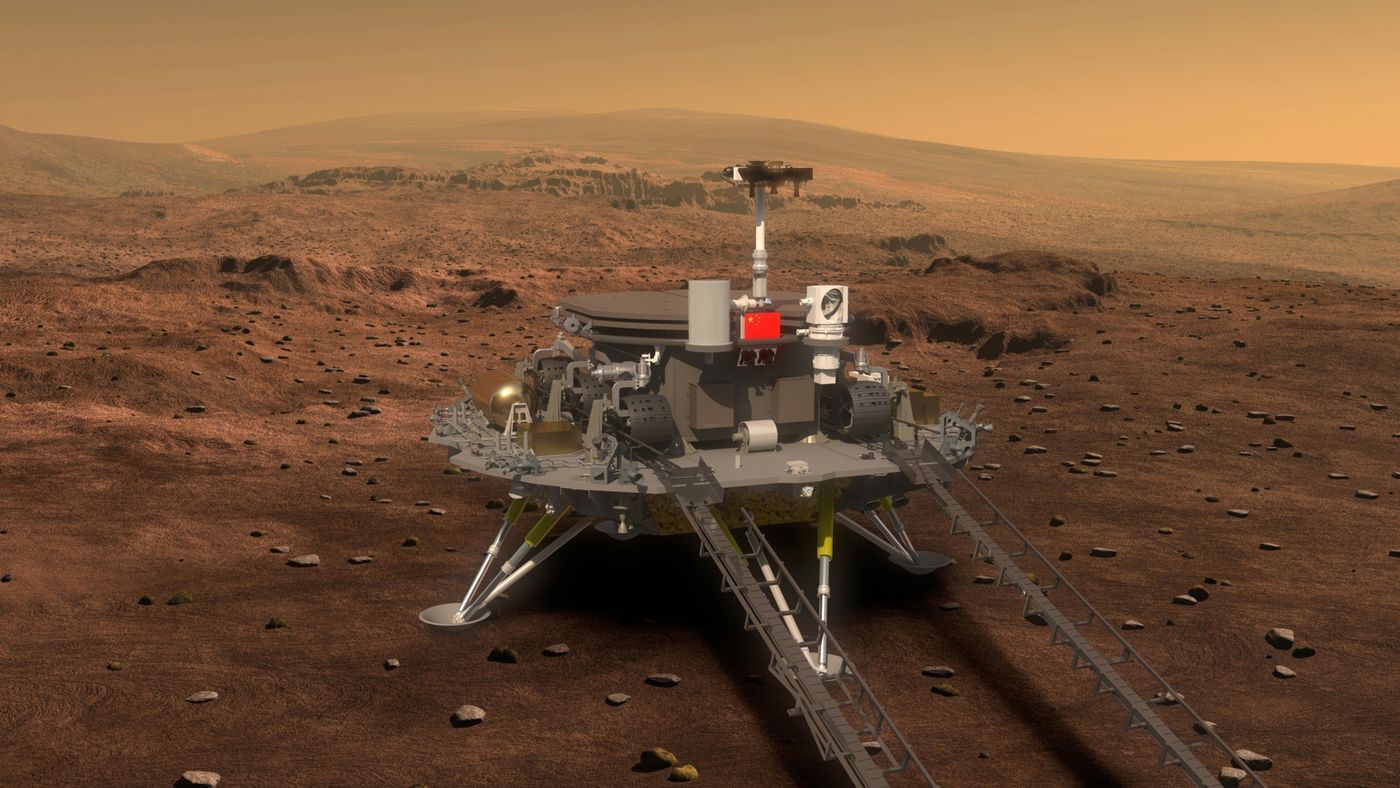 China on Mars: Not science fiction, though this is an artist’s rendering.

Tyler Cowen is a Bloomberg Opinion columnist. He is a professor of economics at George Mason University and writes for the blog Marginal Revolution. His books include "The Complacent Class: The Self-Defeating Quest for the American Dream."
Read more opinionFollow @tylercowen on Twitter

I have been reading science fiction for half a century, having spent my childhood consuming it in various forms. Now, for the first time in my life, I feel like I am living in a science fiction serial.

The break point was China’s landing of an exploratory vehicle on Mars. It’s not just the mere fact of it, as China was one of the world’s poorest countries until relatively recently. It’s that the vehicle contains a remarkable assemblage of software and artificial intelligence devices, not to mention lasers and ground-penetrating radar.

There is a series of science fiction novels about China in which it colonizes Mars. Published between 1988 and 1999, David Wingrove’s Chung Kuo series is set 200 years in the future. It describes a corrupt and repressive China that rules the world and enforces rigid racial hierarchies.

It is striking to read the review of the book published in the New York Times in 1990. It notes that in the book "the Chinese somehow regained their sense of purpose in the latter half of the 21st century" — which hardly sounds like science fiction, the only question at this point being why it might have taken them so long. The book is judged unrealistic and objectionable because its "vision of a Chinese-dominated future seems arbitrary, ungrounded in historical process." The Chung Kuo books don’t reflect my predictions either, but it does seem that reality has exceeded the vision of at least one book critic.

More from
Make Republicans Talk About the Capitol Riot
What Else Would You Be Willing to Do For $1 Million?
The Strongest Sign Yet That Inflation Is Transitory
The Anti-Bitcoin Asset You Likely Forgot About

Dogecoin is another sign that current reality resembles fiction, a point that has been stressed by the Portuguese author and politician Bruno Macaes. In 1994 I co-authored a book on monetary economics, suggesting that monetary institutions and money itself would change radically over the next several decades, due largely to technology. The book fell on deaf ears and seemed of no practical use.

Looking back, I now see that it was much too conservative. You have to search long and hard in science fiction to find anything as good as the Satoshi story (Hari Seldon from Asimov’s "Foundation" series?). The whole assemblage of crypto institutions no longer seems to be just a bubble. This is true even though Dogecoin literally was created as a joke.

Another sign of science fiction becoming reality: I live in Virginia, and last week I could not find a ready supply of gasoline for four days because a hacking group called DarkSide attacked a major regional gas pipeline. My life hardly degenerated into a "Mad Max" scenario, with gang wars over gas and women. Nonetheless, this was a reminder that the conveniences of modernity are fragile at the edges, again a common theme in science fiction. One cybersecurity firm reports that reported ransomware cyberattacks rose 485% from 2019 to 2020. Crime is heading into a new and slightly terrifying future. Read these science fiction hacker novels if you need further background.

It seems increasingly evident that Isaac Asimov’s clunky but charming "I, Robot" series, subsequently novelized, will prove to be some of the most important and influential fiction of the 20th century. Asimov considers how we humans might program robots to behave, coming up with his famous "Three Laws of Robotics." Regulation of software and algorithms is now a major public issue, and just about everyone working in the area is familiar with Asimov’s contribution. Just how careful do you want your self-driving vehicle to be, and when should it swerve into a crowd of pedestrians to save your life? These questions will only multiply, and over time will require an entirely new legal system. Asimov saw this first.

In terms of relevance and global reach, "I, Robot" — which was originally written for pulp magazines — is likely to far outlast the work of Philip Roth.

Opinion. Data. More Data.Get the most important Bloomberg Opinion pieces in one email.
Email
Please enter a valid email address
By submitting my information, I agree to the Privacy Policy and Terms of Service and to receive offers and promotions from Bloomberg.

Another prescient novel, on another pressing issue, is Neal Stephenson’s "The Diamond Age." Published in 1995, when economic growth was boosting incomes across the U.S., including for the middle class, the novel describes a world of extreme inequality, enforced by educational and geographical divisions. It remains to be seen whether cities will build their own bio-protective immune systems for the air, or whether nanotechnology will be used to provide free food and blankets to the poor. But the novel is useful for anyone looking to better understand income inequality.

The point holds for any number of other issues: For a clarifying view of current reality, science fiction provides a window. And I haven’t even gotten to the pandemic, the miracle vaccines, or the UFO reports.

This column does not necessarily reflect the opinion of the editorial board or Bloomberg LP and its owners.

To contact the author of this story:
Tyler Cowen at [email protected]

To contact the editor responsible for this story:
Michael Newman at [email protected]

Have a confidential tip for our reporters?
GET IN TOUCH
Before it's here, it's on the Bloomberg Terminal.
LEARN MORE
UP NEXT
China's Mars Landing Will Be a Greater Feat With the Release of More Data