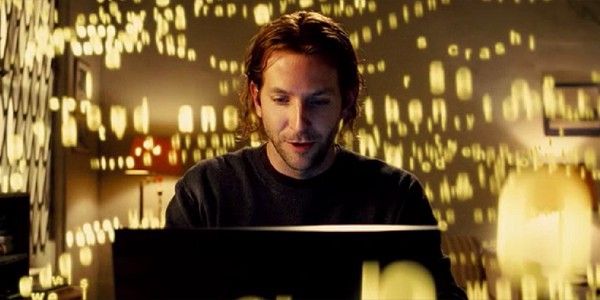 Bradley Cooper in Limitless (2011) after taking a fictional nootropic

There are many factors that can help certain startup sectors to thrive in particular countries but an important one is the country’s regulatory environment.

Founders who don’t find a clear and favorable regulatory environment for their business where they are, will quickly look to move to where regulation allows them to succeed (or at least, holds them back less than elsewhere).

As such, governments can use regulation as a way to help build a sustainable advantage for startups in their countries. As @pmarca wrote on creating the next Silicon Valleys: "[policymakers] should be figuring out what domain is (or could be) specific to their region — and then removing the regulatory hurdles for that particular domain".

In general, the UK has understood this well and has used dialog between startups and policymakers to influence policy and encourage startups to develop in certain sectors.

Financial technology ("fintech") is lauded above all. The Financial Conduct Authority (FCA)’s Project Innovate and the creation of the Regulatory Sandbox (launching in July) shows the intent to allow startups to experiment with innovative financial products much faster and with lower regulatory burden than in nearly anywhere else in the world. Lower capital requirements in particular has led to a flurry of startup digital challenger banks starting to collect full banking licences which is almost unimaginable in other countries. With this favourable regulation combined with local talent and capital, the UK has has attracted founders from all over the world starting fintech companies and has become the world’s largest fintech cluster.

@AdamThierer has written more about this concept of ‘global innovation arbitrage’ and has given three more examples where UK regulation has attracted startups over the US; Amazon started testing delivery drones in the UK due to the difficulty of getting FAA permission to fly in the US, the UK Department for Business, Innovation & Skills reaffirming the intent to embrace consumer choice coming from disruptive business models that increase competition in the "Unlocking the Sharing Economy" white paper in 2014, and 23andMe were able to sell their at-home DNA-testing kits in the UK even after being blocked in the US by the FDA.

While these are all positive examples, I also wanted to give an example of how (even well-intentioned) regulation can quickly scare an entire nascent sector away from a country.

Nootropics is an umbrella term for ‘smart drugs’; supplements that give cognitive benefits to the human brain. What started out in biohacker communities like the /r/nootropics subreddit is now a growing field with startups like Nootrobox ($2.5m funding led by a16z) and truBrain ($1.4m funding led by Sherpa) raising VC funding to bring consumer products to market based on clinical studies, with a vision that in the future everyone will be looking to enhance cognition.

But you won’t see these businesses starting in the UK as, starting today, the supply of all nootropics has been made illegal in the UK.

The Psychoactive Substances Act 2016 received Royal Assent on the 28th of January. It was due to come into force the 6th of April but was postponed to the 26th of May as the Home Office didn’t know how it could be enforced.

While intended to stop the trade in dangerous ‘legal highs’ (compounds that are similar to already banned drugs) such as synthetic cannabis in high-street ‘headshops’, it has been has been widely condemned as in reality the Act is a blanket ban the supply on "any substance which is capable of producing a psychoactive effect in a person who consumes it".

The Act is so broad that it needed to include an explicit exemption for "food", as otherwise you would be facing jail time for selling a cup of tea (L-theanine is the psychoactive amino acid in tea which promotes relaxation; caffeine was also exempted) and the Home Office had to respond to the Church of England to confirm that they would still be allowed to use incense at Sunday mass.

Even if the Act is not intended to block the sale of nootropics like those sold by Nootrobox and truBrain (and probably won’t be enforced in that way); it still makes it impossible to operate a business knowing that, following the letter of the law, the supply these substances in the UK is now illegal.

Retailers selling psychoactive substances have started to receive letters to close down and some have already moved from the UK to other countries to continue their businesses; taking their investment and jobs with them.