Wiring issues, unpermitted remodeling and other concerns result in a notice of violation at the shared-housing residence in Palo Alto 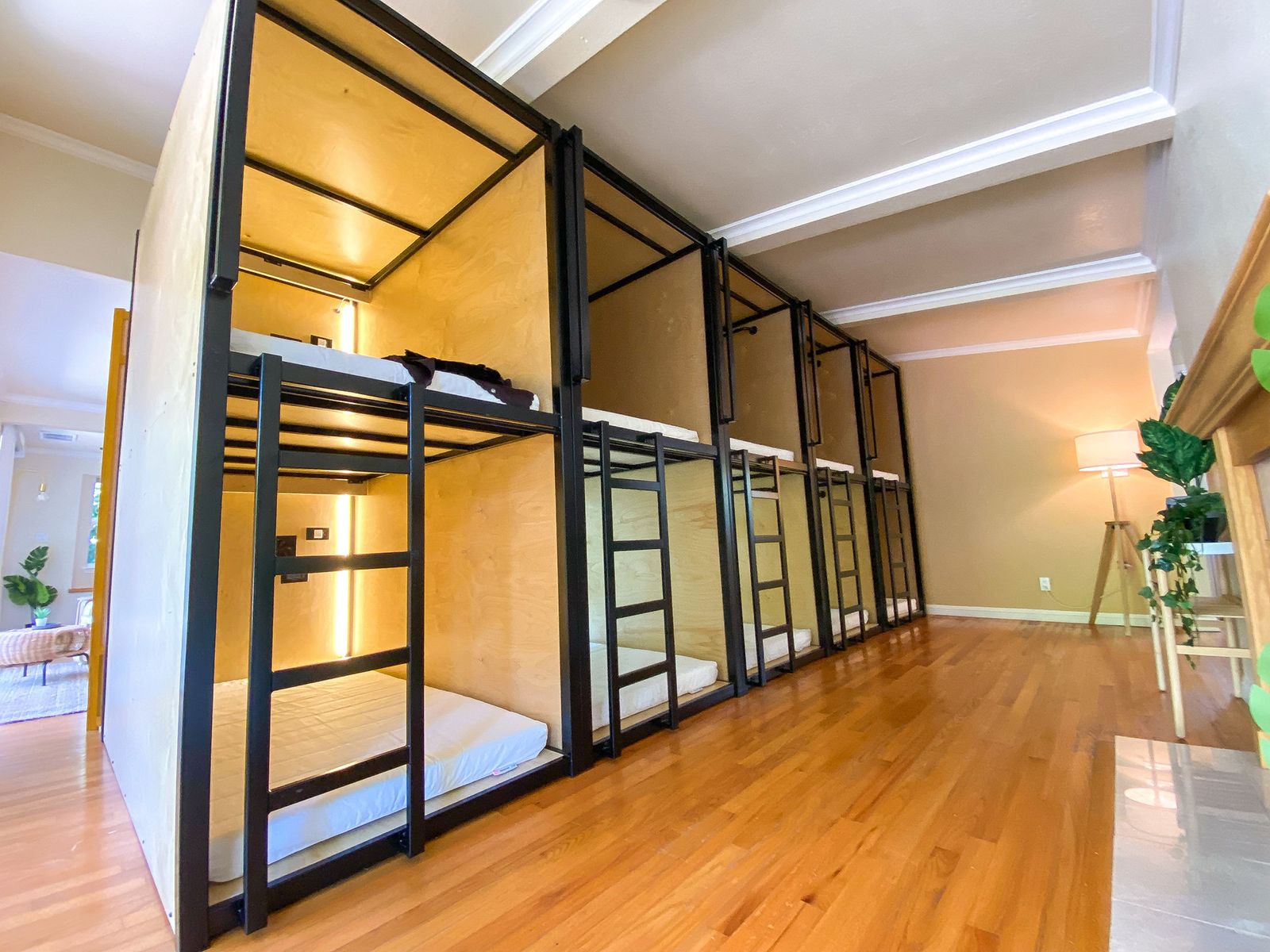 A Palo Alto home that's been touted as a model for affordable shared housing because it's been renovated with 14 small sleeping "pods" has been cited for multiple code violations, according to city of Palo Alto documents.

The home, located on Ramona Street in the St. Claire Gardens neighborhood and leased by Brownstone Shared Housing, first came to the city's attention after news stories reported the novel venture. The business rents out pod spaces — double-stacked chambers that are a bit wider than a twin bed — and shared amenities for $800 per person per month, with no required deposit or first-and-last-month's rent.

The city received unsubstantiated complaints that the house was being rented out on a short-term rotating basis, however, with many people coming and going. It also allegedly had an illegally converted garage.

The city's fire and building inspectors investigated whether it was in compliance with building and fire-safety codes, with the Palo Alto Fire Department examining the home on July 29.

Inspectors found that the house failed to have smoke detectors in the sleeping pods; used extension cords instead of permanent wiring; had possible over-fusing with multiple-plug strips; had exposed wires outside the building; included poorly installed wiring; had an illegally converted garage and unpermitted, remodeled residence; included furniture that obstructed exit doors and paths and smoke and carbon monoxide detectors needing battery replacements, among other findings.

Help sustain the local news you depend on.

An Aug. 16 Notice of Violation from the city's Planning and Development Services department ordered the property owners, Kianfar Serooshian and Homeyra Ghaffari of Granite Bay, California, to correct the violations. A revised notice updated specific dates that ranged from "immediately" to Sept. 16. Permits must be filed for work on the garage and remodeled residence by Nov. 15. 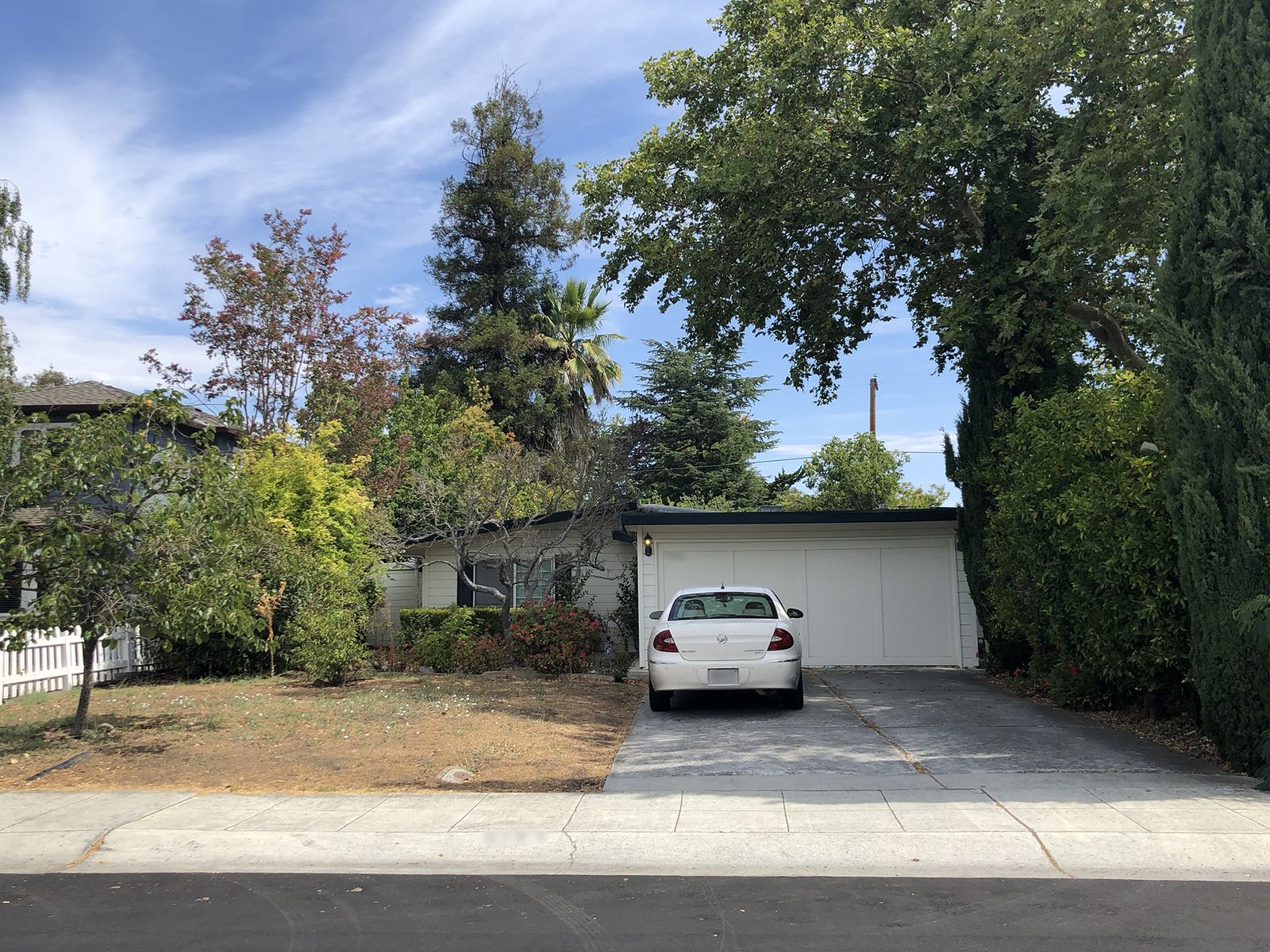 This house in Palo Alto, where people are sleeping in pods, have caused concerns among neighbors for potential code violations. Photo by Miles Breen.

The installed sleeping pods encroached into the required ingress and egress access pathway, and the city ordered a 36-inch clearance for walking throughout the home.

The city required the owners to obtain a permit to properly reinstall or relocate the water heater in a sealed closet. The electrical service panel also had improperly installed wiring that would require a permit to repair. The city also found low-wattage and 110-volt electrical devices, including fans, power strips and lighting within and around the sleeping pods that appeared to be unlisted electrical devices. The city ordered the devices to be either replaced with compliant Underwriters Laboratory (UL) devices or removed altogether.

There was unsafe exterior wiring near the sleeping pods, and devices were plugged into multi-plug adaptors and extension cords, potentially overloading the home's electrical capacity. The city required a permit and proper installation of wiring.

Get the latest local news and information sent straight to your inbox.

Inspectors also found work had been done in the home that didn't align with the last known approved permit, which was filed in 1999. The city has asked the homeowners to provide records and demonstrate that the home remodel and garage conversion were permitted and received approval. If not, the residence would either need to receive the necessary permits for the remodel and garage conversion or receive permits to restore the residence to the prior approved layout, the city noted.

The homeowner was initially ordered to reduce the residence occupancy to no more than seven people, based on the number of square feet per gross building area, but it later dropped the requirement in the Aug. 31 revised notice of violation update.

The city confirmed in an email on Wednesday that it doesn't currently have any local building code restrictions limiting the number of unrelated residents living together.

Property owner Serooshian was reached by phone on Tuesday evening and said he would return the call but has not. Ghaffari's voicemail states she is out of town until early October.

Brownstone disputed that the rentals are for less than 30 days. Each rental agreement specifies the renter must commit to a 30-day stay, the minimum required by ordinance.

■ Palo Alto school board candidates share their experiences in education

Brownstone CEO James Stallworth said on Tuesday he provided the city with a copy of the lease agreement, which stipulates a minimum 30-day stay, and has discussed the matter with the city, which he said was "misinformed." 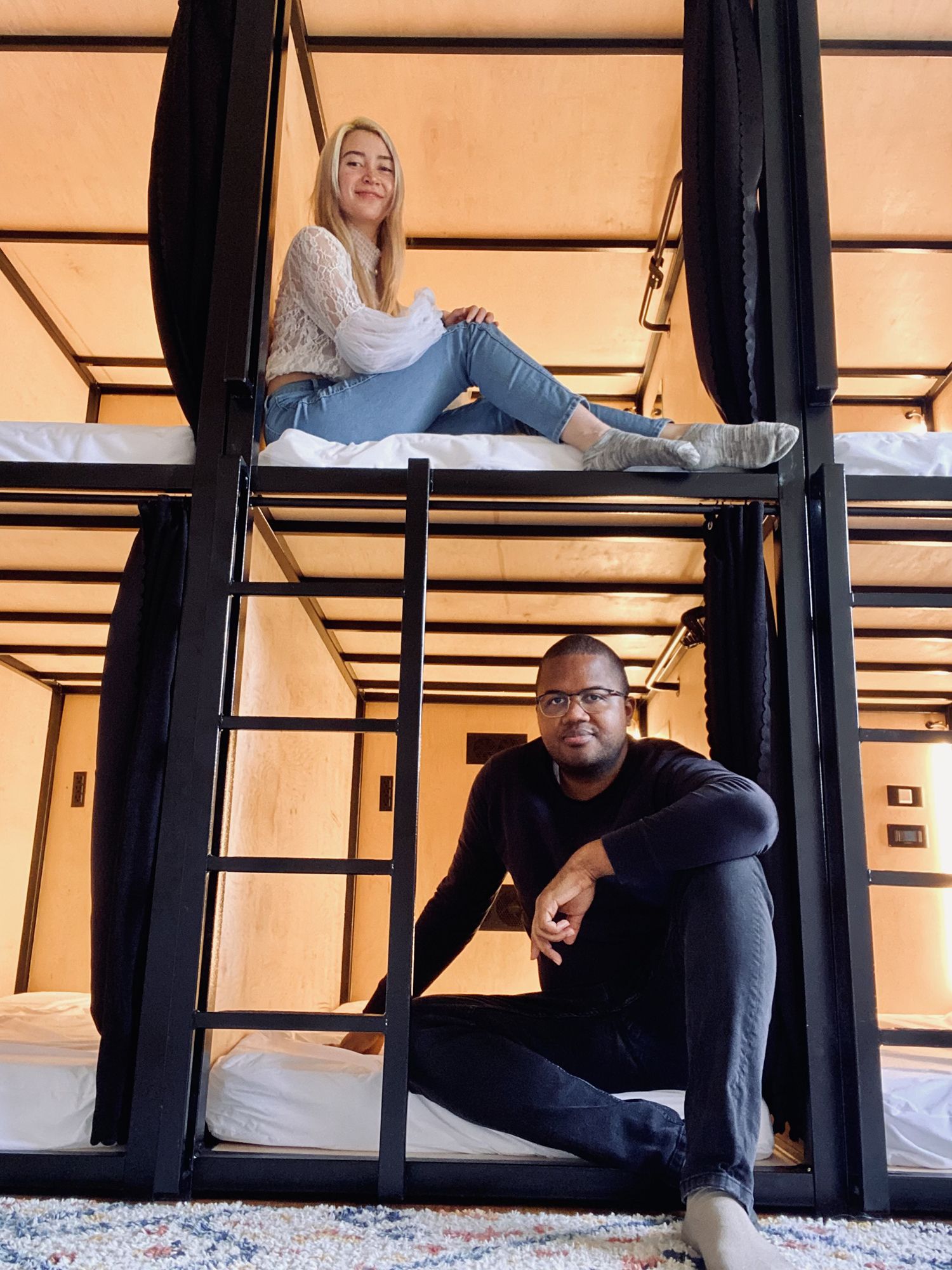 At present,13 people currently reside in the house. The newest person works for LinkedIn and has been there for 45 days; the resident with the longest stay is a researcher at Stanford University who has been in the house for 375 days, he said in a follow-up email on Tuesday.

Stallworth, who formerly worked for the state Auditor's Office, said by phone that he thinks the city should have contacted him rather than the homeowners since they know Brownstone is the lessee. He said the city was "not well-informed" regarding the ordinances on the limitation of the number of unrelated occupants and that it hadn't checked out whether the alleged violation of 30-day-stay requirement had occurred.

"I must state that many of the city’s assertions in the letter should not be characterized as objective facts -- just statements based on assumptions. For example, the city didn’t come in and measure the load or check/ask if our electronics were UL listed before sending the letter. I just want to make sure that is clear," he said in the email.

The city maintained in an email response on Wednesday that "the notice of violation includes a list of observed violations and references to specific code sections that the city believes were not in compliance."

"We had an electrician sign off on our pod design to confirm that we were not at risk of overloading the circuit before we placed pods in the house," he said in the email.

The city said it has not independently verified compliance, but the property owner reports having installed the fire detectors and carbon monoxide detectors. The city hasn't yet been called by the homeowners to do an inspection and can't verify claims that they have complied.

"At present, monthly pod rentals may continue while the property owner addresses the outstanding code violations," the city said.

Stallworth said the company shares the city’s commitment to the safety of its residents.

"We intend to operate fully within the limits set forth in the laws. We have had zero safety issues with our house in a year of operation, and implementing the city’s corrections will make our house even safer," he said.

Sue Dremann is a veteran journalist who joined the Palo Alto Weekly in 2001. She is a breaking news and general assignment reporter who also covers the regional environmental, health and crime beats. Read more >>

Very unpleasant way to live & sleep...cramped in bunk beds with no privacy and a limited number of bathrooms.

No mention of whether the illegal garage conversion will be addressed. It sounds from the story as if the only two choices are to return it to its original (unconverted) condition or to do a proper permitted renovation to bring the garage living space up to standards. Either will likely take at least 6 months to a year with lots of noise probably not to the liking of the current tenants. The Brownstone Housing folks sound like their hearts are in the right place and that likely this situation stems from their inexperience in leasing/building codes. I hope they persevere.

@Julian Maybe you're right - rereading, I noticed this: "smoke and carbon monoxide detectors needing battery replacements, among other findings".

I hope the city works with Brownstone to address the compliance issues and preserve this alternative form of housing. While this form of housing isn't for me in my phase of life and maybe you feel the same way, there is clearly demand for this type of housing. Insisting on less cramped space for everyone has the effect of making everything more expensive for us all by forcing students and service workers to commute from further away. Unpermitted garage conversions are also not uncommon in owner-occupied single family homes, and this feels like differential spot code enforcement due to media coverage.

God forbid we build some studio apartments in this town...

> While this form of housing isn't for me in my phase of life and maybe you feel the same way, there is clearly demand for this type of housing. This type of housing is best suited for Millennial and Gen Z residents who are better geared towards residing in a 'Big Brother' form of living arrangement. It is an extension of college dorm living and perhaps all they will ever know or appreciate.

After they perform the detector/wiring upgrades, I hope for the best for Brownstone and the housing model they’re providing…our community needs clean safe housing at many different price points to remain vibrant.

When this was first in the news I wondered about all these issues since it was supposedly going to be one of many. No mention of parking issues. I wonder how many of the 13 living there park cars on the street?

It doesn't matter what the "lessee" states, the OWNER is responsible for the unpermitted changes to the building. As for thirteen people sharing one toilet, the ICK factor is huge. Or maybe there are port-a-potties in the back yard? This kind of housing is greed on steroids, and not for the faint of heart. These are not "studios", it's one house with bunkbeds in the living room. Doesn't matter if they "rent" them for minimum of 30 days. If a tenant leaves after 2 weeks, they forfeit their deposit and overpaid rent. I'm sure they don't keep the bunkbed empty for long after someone realizes what they got into and wants out. There's another desperado in the wings, waiting to get fleeced. This article is just the preamble to City Codes that will eventually (I hope) outlaw this kind of overcrowding. And during a heat wave, imagine the stench of too many people living too closely together, with all their fans turned toward their faces waiting for the wiring to start a fire. Do we really need to allow the replication of the outcome of the Ghost Ship in Oakland? Web Link btw @bystander, the founders of this monstrosity said everybody would be using bikes. Not a requirement, that's just what they said to appease the neighbors who would suddenly have to be competing for parking with tenants at a glorified motel.

Don't miss out on the discussion! Sign up to be notified of new comments on this topic.

Please make sure your comments are truthful, on-topic and do not disrespect another poster. Don't be snarky or belittling. All postings are subject to our TERMS OF USE, and may be deleted if deemed inappropriate by our staff.

See our announcement about requiring registration for commenting.