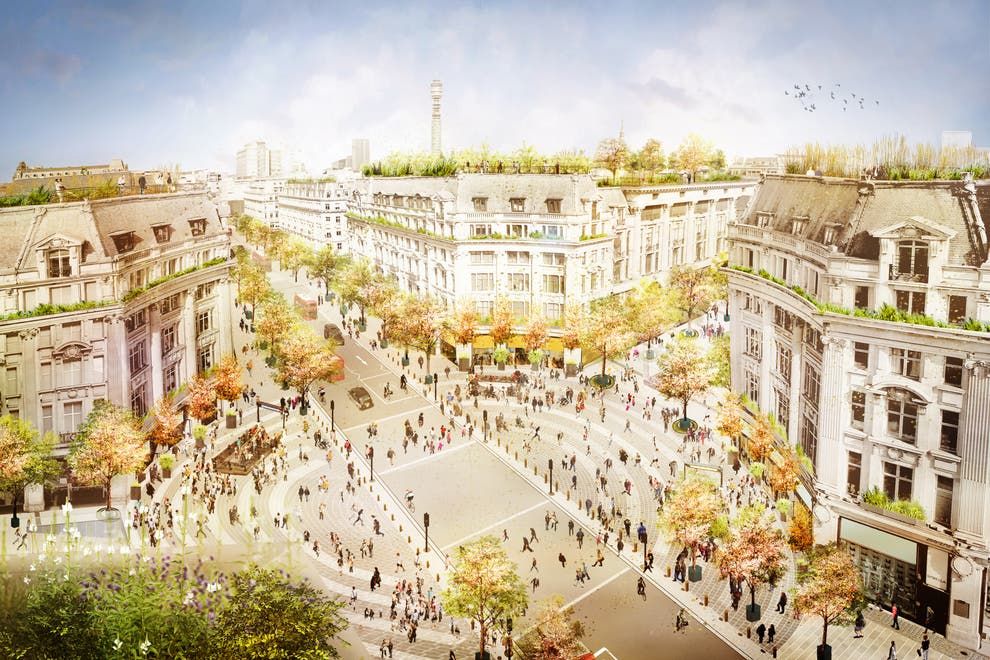 hoppers, tourists and workers will be able to stroll across Oxford Circus without dodging the traffic for the first time under radical plans to create a pedestrian "piazza" in the heart of the West End.

A 150m-long section of Oxford Street, on either side of Britain’s busiest pedestrian junction, is to be closed to vehicles by the end of the year, effectively cutting "London’s high street" in two.

Under the proposals, revealed by Westminster council working with The Crown Estate, on Wednesday morning, the stretch from John Prince’s Street to the west of Oxford Circus, through to Great Portland Street to the east will be shut to buses and taxis.

This will be turned into two pedestrian "piazzas" on either side of Oxford Circus. There will still be traffic along Regent Street but this will be "calmed" through longer green phases at pedestrian crossings and other measures.

There will also be new entrances to Oxford Circus underground station which regularly has to be closed because of the sheer weight of passengers trying to get in and out. 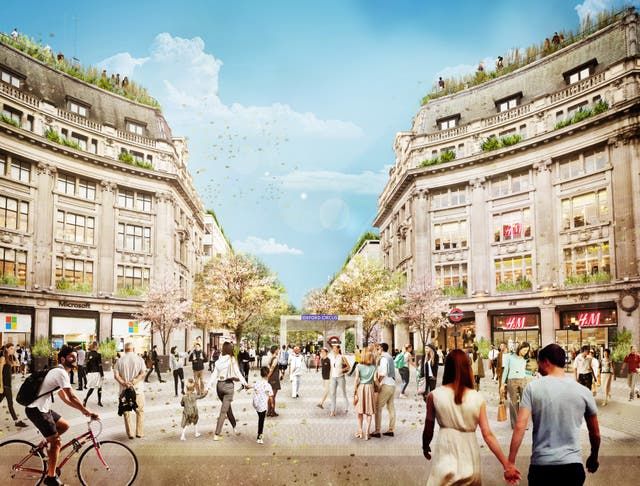 The roads at the 202-year-old intersection are notoriously difficult to cross with up to 40,000 pedestrians an hour forced to wait for the "green man" signal at Oxford Street and Regent Street. The crossings can become dangerously overcrowded at Christmas and the peak of the summer tourist season.

Oxford Circus was last redesigned in 2009 at a cost of £5 million when the distinctive diagonal format was created in an earlier attempt to make it less intimidating to pedestrians.

However, the new plans are more far reaching and come ahead of the delayed opening of the Elizabeth Line in 2022, which is expected to bring tens of millions more visitors to the West End.

Buses and cabs will be rerouted around Oxford Circus through Marylebone and Fitzrovia along the parallel Margaret Street.

Transport for London officials hope the impact on side routes will be limited as the number of buses passing down Oxford Street has been reduced in recent years. Currently only two routes, the 98 and the 390, pass the entire length of Oxford Street via Oxford Circus.

An international design competition organised by the Royal Institute of British Architects will be held later in the summer with the road closures scheduled to come into effect in November in time for Christmas with further work next year.

Westminster council leader Rachael Robathan said: "There is an urgent need to tackle pedestrian congestion and safety, poor air quality and noise. The serious congestion of Oxford Circus - of people and of traffic - is unsustainable and demands action. In the aftermath of the pandemic, and with the arrival of the Elizabeth Line, there is an overwhelming need and a compelling opportunity to build back better.

"We hope the creation of these pedestrian-only piazzas at Oxford Circus will not only improve safety, security, accessibility and but create an iconic destination at the heart of London."

The improvement is one of a series of measures in a £150 million programme designed to attract visitors back to the West End after the pandemic. They include the "Marble Arch Mound" viewing platform being built at the western end of Oxford Street.