The Salt Lake Valley is growing fast, which means a growing need for quality, affordable housing. As our beautiful home state continues to add more businesses and residents, sustainably planned communities like Olympia Hills will become an essential part of Utah’s future—communities where people from all walks of life can live, work, and play together.

See the vision for Olympia Hills

A place where Utahns can live, work, learn, and play

Olympia Hills is the kind of livable, walkable 21st century community that will come to define the future of Utah development projects. With a sustainably planned mix of office space, residential neighborhoods, and hundreds of acres of open space—at least 20% of its total acreage—Olympia Hills residents will never be more than a quarter-mile away from a park, trailhead, or other natural area.

Cutting-edge office space will attract the high-tech employers that continue to flock to Utah, creating a strong local economy built around a West Bench version of the thriving Silicon Slopes area. And since employees can live near where they work, they won’t have to commute across the valley.

A new, 100-acre Utah State University satellite campus will feature the new Bastian Agricultural Center, alongside STEM education programs where students will develop into the business and technological leaders of tomorrow.

The world-class design and development team behind Olympia Hills has planned decades into the future to minimize traffic and construction impact on surrounding communities, and account for the infrastructure, schools, resources, and open spaces that will make Olympia Hills such a great place to live, work, and raise a family. 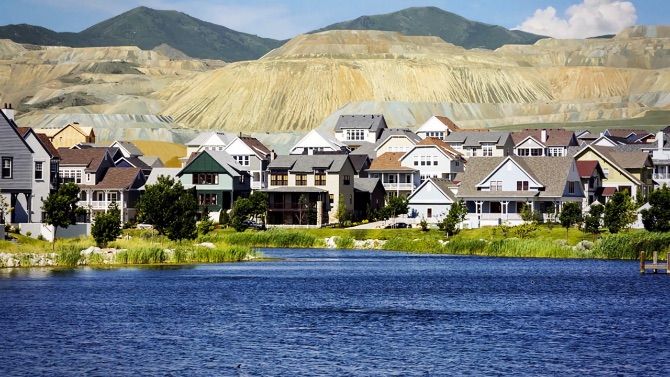 A big-picture view of Olympia Hills

Get a feel for Olympia Hills’ location, spread out over 933 acres tucked up against the rolling Oquirrh foothills.

Details and data about traffic, design, and more

Learn more about the Olympia Hills development project, when it’s happening, and what to expect.