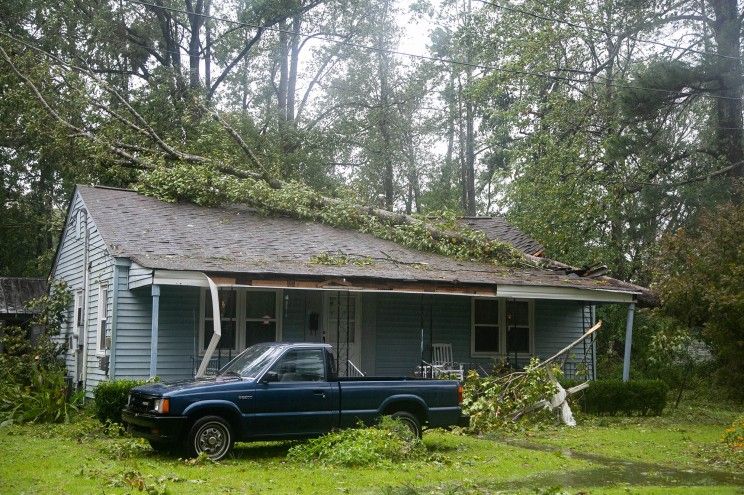 It’s human nature to assign blame for catastrophic events. In medieval times, witches were blamed for weather woes. Trials and burnings increased when weather got worse. In hurricane season today, many find a scapegoat in global warming.

Pundits tell us "ignoring the science of climate change will hurt us" (Kristina Ball at NBC) and a Washington Post editorial declares the Trump administration complicit.

It’s a familiar drumbeat, recognizable from Hurricanes Harvey, Irma and Sandy. For years, Al Gore and others emphasized the need to connect extreme weather to climate change to encourage carbon cuts. Pre-Florence, things reached fever pitch, with even a claim global warming was why the hurricane’s rainfall would be (a suspiciously exact) "50 percent worse." While Florence caused less damage than expected the drumbeat will be back come the next hurricane. Before then, the record needs correcting.

Global warming is a real issue, but the claims of ever worse hurricanes are wrong.

The UN Climate Panel found in its latest report that hurricanes (aka tropical cyclones) haven’t increased: "Current datasets indicate no significant observed trends in global tropical cyclone frequency over the past century."

We’re not seeing an increase of hurricanes. Yes, hurricane costs keep escalating. But this is not due to climate change. Rather, more people with more wealth live in harm’s way.

The US population rose four-fold over the past century, but climbed 50-fold in coastal areas. The area hurricane Florence was predicted to hit held fewer than 800,000 homes in 1940; it’s now 11.3 million — a 1,325 percent jump. Homes are bigger and hold many more expensive possessions. Adjusted for population and wealth, US hurricane damage has not increased since 1900. Global weather damage as a percent of global GDP actually fell from 1990 to 2017.

Looking ahead, it is likely that hurricanes will become somewhat stronger, but less frequent. This should not cause panic. A major study in Nature put worldwide hurricane-damage costs around 0.04 percent of GDP. Accounting for an increase in prosperity (which means more resilience), by 2100 this would drop to 0.01 percent. The effect of global warming making storms fewer but stronger will see damage end up around 0.02 percent of GDP. Global warming will increase harm, but prosperity will still decrease the overall impact.

Which brings us to why carbon cuts are a terrible way to reduce hurricane damage. As a Royal Society report concluded, cutting CO₂ has "extremely limited potential to reduce future losses."

The Paris agreement on climate change will cost in the region of $1-2 trillion a year in lost growth for the rest of this century. The UN body responsible for the treaty estimates the cuts promised until 2030 will achieve 1 percent of what would be needed to keep temperature rises under 2°C.

This means Paris could reduce hurricane damage toward the end of the century by perhaps 0.0001 percent, while the cost would be around 10,000 times higher. That is a terrible policy.

The Paris treaty is expensive and ineffectual because green energy isn’t yet competitive with fossil fuels. If it was, everyone would switch. Together, solar and wind fulfill just 0.8 percent of our energy needs, reports the International Energy Agency; that will inch to 3.6 percent in 2040 even under Paris.

We should replace Paris with a commitment to spend far more on research and development of green energy sources to make them so cheap they will outcompete fossil fuels.

A decade ago, 10 top researchers, sharply divided over whether global warming intensifies hurricanes, together pointed out that the climate connection is a distraction from "the main hurricane problem facing the United States."

This is about vulnerability. In rich countries like America, we should not allow so many houses to be built on flood plains or on coastlines. We should insist on higher building standards, and increase wetlands to handle flooding. We should stop federal insurance subsidies that encourage building in vulnerable areas. In the world’s poorest countries, we should do more to reduce poverty, because increased prosperity is the most effective way of building resilience.

And we should stick to evidence-led policy. Blaming global-warming policy for the damage wreaked by Florence is tilting at windmills — posturing that does nothing to ameliorate hurricanes.

Bjorn Lomborg is director of the Copenhagen Consensus Center.