Engage, Inform, Promote, and Advocate for a Better Castro Valley

Nevada: A Bonanza for Unincorporated Communities

In California, either a county or a city produces the "local government" and municipal services you associate with a city hall and a mayor (unless you’re in San Francisco, which is both a city and a county).

We’ve been exploring different models of local governance at Castro Valley Matters because we believe that the 63,000 people of our community deserve more control over the city hall stuff of civic life, even if Castro Valley is not a city. We looked no further than Nevada for a viable third option for more robust local governance for California’s unincorporated communities.

A California county provides services to all residents of a county (such as public health and social welfare services), whether you live in a city or an unincorporated community like Castro Valley or San Lorenzo. When a county governs an unincorporated community, it’s helpful to think of it is your "local government of last resort." That is, while the country is primarily focused on those services it provides all county residents and is serving as a delivery mechanism for certain State of California programs, for a smaller subset of county residents it is doing the city hall stuff, like planning and building infrastructure.

A county, particularly one serving urban communities where most of its citizens live in cities, is not ideally designed in delivering municipal services, both in how its agencies are structured and how revenues that flow into it are allocated. We believe that Castro Valley deserves just as good municipal services as our fellow county residents who live in cities.

The county/city governance model has not evolved much since the California Republic became a state in 1849. Sure, there have been changes in county lines, new counties have been carved out from others, but functionally, the county/city model has persisted since the Gold Rush.

But not in the Silver State. Nevada has come up with a model that has given its residents more say in their local affairs and could be replicated in California to enhance local control in unincorporated communities like Castro Valley.

Say hello to the "unincorporated town."

Nevada law has recognized "unincorporated towns" in State Law ( attr(href) ) since 1974, although they have existed since the 1950’s. Legally, an unincorporated California community does not exist in the eyes of the state government in Sacramento.

Putting that in a local context, if Castro Valley were a Nevada-style unincorporated town we might have a MAC with management and budgetary control over the Public Works, Animal Control and Street Maintenance activities within Castro Valley.

In the Golden State, all tax revenues generated in Castro Valley (and all unincorporated areas) go directly into the general fund ( attr(href) ), to be distributed wherever the County sees fit, while revenue generated in cities like Hayward are returned directly to the city. That means the sales tax you pay at Rowell’s Saddlery or the property taxes on your Castro Valley home may actually go to pay for a sidewalk repair in Sunol or to fix a pothole in Ashland.

If Castro Valley were an unincorporated town and we wanted a sidewalk ( attr(href) ), crosswalk, or parking lot somewhere we could pay for it ourselves. Instead of battling with the rest of the county for access to different "silos" of money, we’d have a silo of our own.

The unincorporated town can be formed either by the county or by the residents themselves through petitions. Once established, they can not be annexed to an incorporated city.

( attr(href) )
Elvis recorded this album in the Unincorporated Town of Winchester, NV in 1974

The Nevada "unincorporated town" model is a proven way of giving local control and governance to unincorporated areas and has proven to be popular ( attr(href) ) among Nevadans. California could adopt a nearly identical set of regulations with virtually no cost to the state, providing a compelling option for those areas who cannot afford to or that are unwilling to incorporate. California counties would be relieved to get out of much of the local governance business, which counties were never designed to do, particularly in urban areas like Alameda County.

The millions of unincorporated residents in California deserve to have the same quality of governance that Nevada citizens have enjoyed since Elvis was singing on the Vegas Strip at the Las Vegas Hilton, located in the unincorporated town of Winchester.

Castro Valley Governance Issues to be Addressed at EALI ( attr(href) )May 8, 2014In "Governance"

Interesting concept. What are some of the options? Would it be best to have one large unincorporated town or broken up into multiple towns, Ashland Castro Valley, Cherryland, Fairview and San Lorenzo? Bob

From the county’s perspective, I understand the tendency to view all of the unincorporated communities as one thing to be managed. We are, however, distinct communities.

It is for the residents of our distinct communities to determine what they want. The CV General Plan and the Eden Area Plan provide good geographic outlines (I know there has been discussion about whether Fairview should be in the CV plan).

If you look at Clark County, Nevada (Las Vegas), there are multiple unincorporated towns within the county.

Thanks for the article!

Are there any downsides to the unincorporated city model that Nevada uses? What would it take to actually start something like this? Contact my state representatives / county officials?

I’ve only been living in Castro Valley for a year now, and understand that various efforts to incorporate the city over the years have failed. Why is that? I know that there are some drawbacks to not being incorporated, but what are the benefits? I’m guessing that not having a local government means that residents pay fewer taxes than nearby cities, and fewer laws and regulations.

Chris, welcome to Castro Valley! I will let others tackle the unincorporated city model and the state legislation questions.

Regarding incorporation, my understanding is that you’re opening a can of worms. I have also only lived in Castro Valley for a few years. So far, my take is that there are huge drawbacks to being unincorporated — there’s no cohesive planning, and the County is simply not set up to provide municipal services to an urban area. Even basic infrastructure is lacking compared to other East Bay communities — do not get me started on sidewalks.

Finally, it is definitely not a given that our taxes would be higher if we were incorporated. Sales tax from Castro Valley goes into a general fund that serves all of the unincorporated areas of Alameda County — it is very likely that we are paying more into it than we are getting out.

Thanks, Chris. This would require a change in California State Law. Please spread the word to your State Senator and Assemblyperson

This site uses Akismet to reduce spam. Learn how your comment data is processed ( attr(href) ). 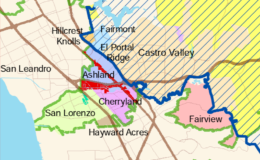 The Alameda County Board of Supervisors Unincorporated Services Committee meets on Wednesday, April 27 at 6:00 pm to hear from the Local Agency Formation Commission (LAFCo) about a proposed fiscal analysis of the feasibility of incorporating Castro Valley and the other Alameda County unincorporated communities. 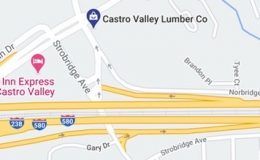 Chick-fil-A next to Burger Island? Where’s the beef? ( attr(href) )

When you consider how this location is a gateway to this community, how poorly conceived this intersection is, and the increasing traffic along 580, it is fair to question the wisdom of placing a new drive-thru restaurant here. 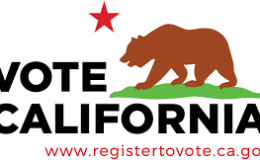