Executives in the Argentina's leading technology companies underscore the lack of engineers, particularly in some specialties such as electrical, electronics, civil, chemical, petroleum and mining engineering and the computer sciences. Employers say that it can take up to three months to fill a position and that a strong competition exists to attract the best graduates. Moreover, as a consequence of the lack of professionals in fields such as computing, employers hire advanced students. One negative side-effect of this practice is an increased dropout rate during the last two years of the undergraduate degree courses.

At the end of March 2012, the Argentine Minister of Education announced the upcoming release of a Strategic Plan to improve the training of engineers. Its main goal is to graduate an average of 10,000 engineers per year, instead of the current 6,000. Argentina produces an undergraduate engineer every 6,700 inhabitants. This figure is low compared with countries like China (one in 2,000), Germany and France (one in 2,300) or Mexico and Chile (one in 4,500). Of course, it is not merely a question of Argentina’s international ranking of engineering graduates, but of two other issues that have to do with this low number. The first issue, directly related to Argentina’s high economic growth since 2004, is the presence of an unmet labor demand for engineers. Executives in the country’s leading technology companies underscore the lack of engineers, particularly in some specialties such as electrical, electronics, civil, chemical, petroleum and mining engineering and the computer sciences. Employers say that it can take up to three months to fill a position and that a strong competition exists to attract the best graduates. Moreover, as a consequence of the lack of professionals in fields such as computing, employers hire advanced students. One negative side-effect of this practice is an increased dropout rate during the last two years of the undergraduate degree courses. The second issue is connected to the correlation between a trained science and engineering workforce and the economic growth of the country. This is particularly relevant in the context of the knowledge society that strongly depends on technological innovations.

Given the importance in graduating more engineers in Argentina, it is key to define policies that can most suitably achieve this objective. For that purpose, we must first clarify why only 9% of the total university graduates in 2009 studied engineering and computer sciences despite the high demand for these professionals. This percentage contrasts sharply with 61% of the college graduates in the social sciences and the human sciences. Let us examine some possible reasons.

One factor was highlighted by the poor math and science performance in the 2009 Program for International Student Assessment (PISA). Out of a total of 65 countries, Argentina ranked 56 on the science test and 55 on the math test, falling below other Latin American countries like Chile, Uruguay and Mexico. Thus, high school students have little chance to acquire the essential math and science skills to succeed in college. As a consequence, although the students enroll in engineering programs, ill-prepared high school graduates drop out during the first year. So, improvements in the basic sciences and mathematics levels in high school would seem to be a necessary condition to produce more engineering graduates. In this regard, note that of the 21,000 students that enrolled in engineering in 2009, only 5,000 eventually graduated.

A second factor that could influence the low graduation rate is the high opportunity costs for advanced engineering students. In 2009 the government launched a scholarship program to improve the number of students in priority courses (mainly engineering and the basic sciences). The amount students receive, depending on the year of his or her course of studies, totals approximately US$1,100 to US$ 2,800 per year. These amounts clearly do not cover the opportunity costs of not entering today’s highly demanding job market. It would be relevant, then, to increase the amount of money devoted to each award targeting engineering students.

Finally, we can hypothesize that high school graduates choose social sciences fields, especially law and business administration, because these professions offer them the opportunity to work in diverse jobs in the growing services sector, both as wage employed and self-employed. In contrast, the engineering labor market is far more dependent on the ups and downs of the economic cycle and especially on the evolution of certain branches like the computer sector, chemical industry, and oil production, among others. In the coming years, if the growth rate remains steady, we might see a more dynamic demand for engineers; but who is to say that such demand will be sustained over time? In the eighties, for example, the media disseminated the fact that some engineers and technicians worked as "taxi drivers" for lack of other employment opportunities.

In sum, the increase in the number and quality of engineers in Argentina demand quite a complex and integrated set of higher education public policies and an economic and political context that favors innovation, R+D and entrepreneurship.

We have retired comments and introduced Letters to the Editor. Share your thoughts »

Opinions on Inside Higher Ed 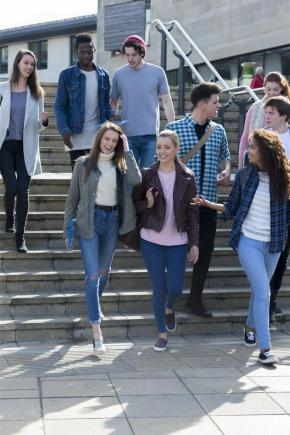 COVID and the Rebirth of Educational Community 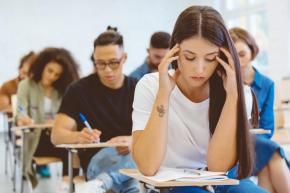 Pedagogy of Healing: Bearing Witness to Trauma and Resilience 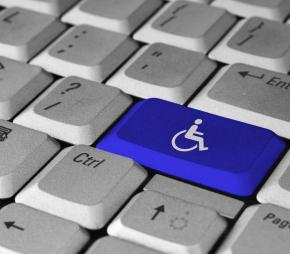 Inside Higher Ed’s Blog U

Call to Action: Marketing and Communications in Higher Education
Emotions Belong in the Office
Confessions of a Community College Dean
Cancellation and Calvinism
Learning Innovation
What the edX Consortium Has Meant to Us
Just Visiting
Maybe It's Time to Stand Up to the Bear
Higher Ed Gamma
Closing Higher Education’s Equity and Achievement Gaps
Tackling Transfer
Tarleton Blazes Path for Part-Time Transfer Student Success
.
.
Back to Top
Copyright © 2021 • Inside Higher Ed • 1150 Connecticut Avenue NW Suite 400 • Washington, DC 20036 • Ph: 1-202-659-9208 • Fax: 1-202-659-9381Do Not Sell My Personal Information