Learning From Get Back

The new eight-hour film about the Beatles "Let It Be" sessions offers a thrilling portrait of creativity under pressure. But its real lesson is the importance of the slow road.

Like many of you, I suspect, I’ve been watching The Beatles: Get Back this week—Peter Jackson’s miraculous, eight-hour re-imagining of the 1970 film Let It Be. I remember watching the original as a teenager—before it disappeared from public circulation—and thinking that the whole thing was a muddy, depressing mess. In a way, the most striking and unlikely thing about Jackson’s reinvention of the raw footage from the Let It Be sessions—which is brilliantly conveyed by the trailer—is just how much narrative he manages to conjure up: it’s a ticking clock story, where the ultimately deadline of a live show gets closer and closer as the film unfolds, layered on top of another sort of ticking clock: the time bomb of the band itself exploding.

All of which means that the intimate look at the artistic process that the film gives us has generally been framed as a case study in creativity under intense time pressure. One of the things that’s shocking watching the film—if you happen to know a little bit about the ultimate chronology—is just how raw and incomplete many of the songs are, particularly songs that the band ultimately plays at the legendary rooftop concert. Watching Paul near the beginning of the film noodling with the chords—strummed on a bass—that will become "Get Back," it seems almost unimaginable that just a few weeks later the entire band will perform the iconic version of the song that we’ve all heard a thousand times. They’re not fine-tuning arrangements or figuring out harmonies in the Let It Be sessions, they’re actually writing the songs, almost from scratch.

The Beatles @BeatlesEarth
This is something that will never be captured on film ever again. The most successful song-writer of all time, Paul McCartney, composing one of his #1 hit singles out of thin air, at only 26 years old:

But I think the emphasis on the time constraints—as compelling as it makes the film from a narrative point of view—misses something else that’s fascinating about Get Back, something that offers a crucial lesson about the creative process that doesn’t just apply to songwriters. (I wrote about this general principle in this post about hunches in my series on creative workflows.) Ironically, the lesson here is not about creativity under time constraints — it’s actually the exact opposite of that. The calendar pages that Jackson keeps inserting into Get Back do a wonderful job heightening the narrative tension of the film. But seeing the Beatles up close makes it clear that great artists are also frequently unencumbered by short-term deadlines, and let their ideas evolve over much longer time frames.

One of the things that’s striking about all the extra footage that Jackson has uncovered is the sheer range of songs the Beatles play that do not ultimately make it onto the Let It Be album, much less the abbreviated rooftop concert. Some of those songs will ultimately appear on Abbey Road, which they go onto record and release later in 1969: "Maxwell’s Silver Hammer", "Carry That Weight." But you also see them tinkering with songs that won’t be released until after their breakup in 1970, songs that have always been associated with the band members’ various solo careers. In between sessions on the piano, working on "The Long and Winding Road" and "Let It Be", McCartney drops into a few verses from his song "Another Day", which won’t be released for more than two years, on his second solo album, Ram. (Lennon famously mocks his former songwriting partner for the song on his second solo album, Imagine: "The only thing you done is yesterday/but since you’re gone you’re just another day.") At another point—quite astonishing if you happen to know the Beatles canon—McCartney sings a spirited rendition of Lennon’s "Gimme Some Truth," which also won’t appear until 1971 on Imagine. In another scene, we see Harrison teaching the band the chords to his haunting "All Things Must Pass", which will become the title track of his three-album opus, released after the breakup in 1970.

Many of these songs already had a long history before the Let It Be sessions: "All Things Must Pass" dates back to 1966; Lennon claimed in an interview that he first started working on "Gimme Some Truth" during the Beatles’ ill-fated trip to India in February of 1968. And throughout the sessions, the Beatles repeatedly revisit their early catalog from the Liverpool/Hamburg days, exploring the idea of reinventing some of their unpublished juvenilia for the upcoming concert and album—a line of inquiry that culminates in the track "One After 909" included on the original Let It Be album.

The key point here is that all these songs were evolving for at least two or three years, and some cases much longer. Yes, the song "Get Back" went from aimless blues noodling to the version that became a #1 hit in three weeks. But so many of the others clearly had much longer gestation periods. If you listen to the podcast Song Exploder, you’ll hear this pattern again and again in accounts of how songwriters come up with their work: an artists will stumble across a great hook, or a fragment of a lyric, but the rest of the song will elude them; so they’ll put it aside for six months, and then somehow it’ll come up in a studio session, and one of their bandmates will add a bridge that they were working on; and then the next year they’ll hit upon the idea of doing it all as a waltz, or bumping up the tempo, or whatever. (There’s a great clip of Paul Simon telling Dick Cavett about the songwriting process for "Bridge Over Troubled Water" that follows this pattern exactly.) Sometimes you sit down to write a song, and two hours later you’re done. But much of the time, it seems, songs come to you in fragments, over long stretches of time.

I think we are seeing—and hearing—this so vividly right now with musicians because we have all these wonderful films and podcasts that give us behind-the-scenes access to the creative process of songwriters. There’s something about listening to a song come together that’s almost as pleasing as listening to the finished product. I’m not sure the same pleasure applies to other kinds of creativity or innovation: reading early notes of a novelist working on a new book; sitting in on a non-profit as it explores ideas for its next initiative; looking over the shoulder of a high school teacher toying with possibilities for a future syllabus. But this kind of slower evolutionary process is absolutely happening in those other fields; it’s just not as fun to watch it unfold as an outsider.

To me, the scenes where we see the Beatles reaching back to an idea they first started noodling on years ago—an idea that we know they will keep cultivating for another few years—are some of the most inspiring moments in Get Back. Yes, for most of us, the stakes and public spotlight are not as intense as it was for those four lads back in 1969, but all of us know what it feels like to crunch under the pressure of an imminent deadline. But ask yourself: how often do you find yourself venturing back to an idea you first had in 2018, or 2008, and exploring how you can refine or add to it in your present context? Every now and then, a pressing deadline can concentrate the mind and produce a fully-realized idea, ready for airplay. But most of the time it’s a long and winding road.

For more on the practice of creating over long time spans—with some practical advice on tools you can use to capture and revisit old ideas—see the post "How Do You Capture Your Hunches" from my series on designing a workflow for thinking. There are some related ideas—mostly focused on reading strategies—in the next post in that series, "Capturing and Colliding." (These posts are only for paying subscribers.)

A newsletter from author Steven Johnson exploring where good ideas come from—and how to keep them from turning against us.

"Let's Run The Experiment": A conversation with Chris Dixon about DAOs and the future of organizations onlineThe Web was supposed to usher in a renaissance of new ways of organizing people and creative talent. But mostly we just got giant public corporations…

We Need A Standard Unit Of Measure For RiskMore than three decades ago a Stanford professor proposed a uniform way of expressing your odds of dying from a specific cause: the micromort. It’s time… 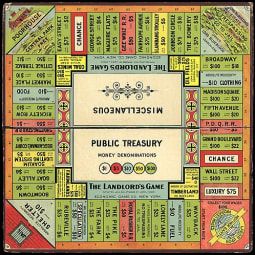 A Secret History Of MonopolyThe Long-Suppressed Radical Politics Behind America’s Favorite Board Game.
See all