Sources say there’s a split within the government over how to proceed. 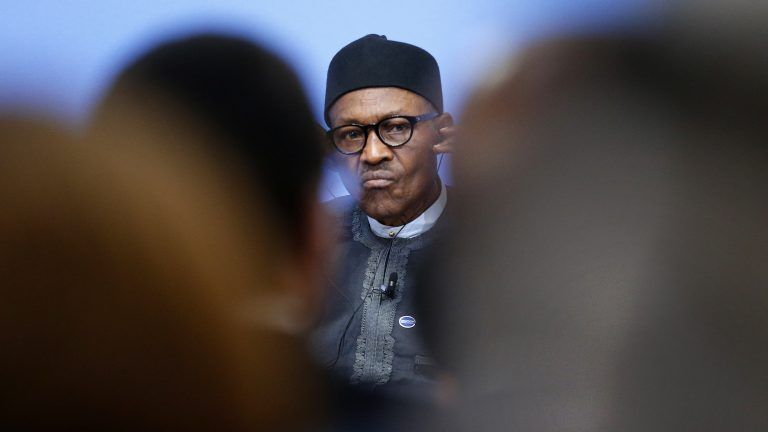 The last week has been a rollercoaster at the highest levels of the Nigerian government, as key figures grapple internally with a brazen attempt by some senior officials to enforce control of social media in the country.

The decision to suspend Twitter was swift, according to two highly placed sources in the presidency, who spoke to Rest of World on condition of anonymity because they are not speaking on the government’s behalf. Both suggested that the current clampdown is being engineered by Lai Mohammed, the country’s minister of Information and Culture. Despite his mandate to promote better delivery of information to the public, Mohammed has been a keen proponent of social media restrictions in the country.

"I have always advocated for the regulation of social media because of the harmful effects of fake news, and I am still of the same view that social media must be responsible," Mohammed told the BBC last week.

Although the sources indicated that president Buhari was informed of the move to ban Twitter ahead of time, they say he was not personally involved. They also suggest there was a clear split among the president’s advisors over the decision.

Within hours of the Twitter ban announcement, the country’s major telecommunications companies, regulated by the Ministry of Communications and Digital Economy, complied, blocking millions of Nigerians from accessing the social network. In addition, attorney general, Abubakar Malami, announced the government would prosecute anyone who violated the Twitter ban by using VPNs, which many Nigerians have been using.

"Twitter want to flag a tweet, but then they want some random person in Silicon Valley to decide whether that tweet violates their policy or not. But this person doesn’t know anything; he doesn’t understand the context."

Earlier this week, the National Broadcasting Commission (NBC), controlled by Mohammed, started drafting new rules for social media platforms, including two major provisions that would require social networks and internet streaming companies like Netflix and YouTube to get a license and a local team to operate in Nigeria.

Internally, officials are divided on the recent crackdown. One source told Rest of World that some government officials are working to roll back recent declarations such as demanding social media licenses, which they consider overzealous. Officials are currently having internal conversations about whether these plans are legal and are contemplating how to slow down any hasty decision. A second source corroborated this account.

"The mood at the top is still gearing for war," said a source in the presidency. "We’re still looking for a way to douse the tension."

"The federal government can handle this a lot, lot better," said Babajide Sanwo-Olu, the governor of Lagos state, Nigeria’s commercial capital, and a member of the president’s political party. Over the last decade, Lagos has become Africa’s fastest-growing tech hub, with hundreds of millions of dollars pouring into the country to back local startups. The move to ban Twitter could hamper that growth.

Despite the internal divisions, there is consensus within the government about one thing: the government would like more say in how Twitter operates in the country.

"Many of those misbehaving today are too young to be aware of the destruction and loss of lives that occurred during the Nigerian Civil War," the president posted in a thread. "Those of us in the fields for 30 months, who went through the war, will treat them in the language that they understand."

Nigerian social media users reacted angrily to the post, reporting it to Facebook and Twitter as threatening genocidal violence. Moderators at both platforms swung into action; however, their approaches were significantly different.

Twitter did not attempt to engage the government, both sources confirmed. They claim the Jack Dorsey–led company simply deleted the tweet via its usual mechanisms and did not respond when contacted by government officials on several occasions. A Twitter spokesperson said the company would not be commenting on the issue. Facebook did not respond to queries before press time.

A small group of officials, led by Lai Mohammed, pushed to ban Twitter in response to the platform deleting the president’s tweet.

A government source indicated Twitter has reached out numerous times in the last week, but no official meeting has taken place with the company, as of press time.

Mohammed and other Nigerian government officials have previously decried Twitter’s "double standards" regarding content moderation in Nigeria. Officials point to Twitter’s treatment of posts from the separatist leader Nnamdi Kanu, head of the outlawed Indigenous People of Biafra (IPOB) group. Based in the U.K., Kanu uses Facebook, Twitter, and internet radio streaming to broadcast his separatist messages to Nigerians in the country’s Southeast region. The Nigerian government has complained that IPOB’s "hate messages" have been flagged consistently, but Twitter has said the tweets do not violate Twitter rules.

There is a growing consensus within the government, calling on Twitter to establish a local presence in order to grasp local context. The concern was exacerbated in April when Twitter announced it was opening its first African office in neighboring Ghana. Some in the Nigerian government saw that as a snub, given Nigeria’s much larger economy and thriving tech scene. Although the jobs advertised were based in Accra, several of the key roles were focused on covering Nigeria.

"There is the general feeling at the fact that they [Twitter] have so many users in Nigeria, their users can sway opinions and lead to carnage, but they do not have a local presence that gives them context," said one of the presidency sources, who spoke on the condition of anonymity.

Now, Mohammed, through the NBC, is mandating that Twitter, and other platforms, hires a local team and secures a license to remain accessible within the country.

Government officials told Rest of World that they want the platform to create a back channel for government requests to delete tweets from specific users and accounts. One Aso Rock insider specifically suggested Nigeria should have a similar model to India.

Earlier this week, the Silicon Valley–based company disclosed it had blocked four accounts in India in compliance with a new legal request from the Indian government. Twitter also said it would review content under its own rules and local laws, and "if it [a tweet] is determined to be illegal in a particular jurisdiction, but not in violation of the Twitter rules, we may withhold access to the content in India only."

A few days after Nigeria implemented the Twitter ban, an account designated as the "Government of Nigeria" was created on Koo, an Indian social media app that embraces looser moderation practices and wants to fill the vacuum left by Twitter. The company has doubled down on growth plans in Africa’s largest country by population. Koo CEO Aprameya Radhakrishna has also indicated that he is considering enabling local Nigerian languages for faster adoption.

Abubakar Idris is a reporter for Rest of World. He is based in Lagos, Nigeria.
Yinka Adegoke is Rest of World's Editor for Strategic Initiatives
Read more stories 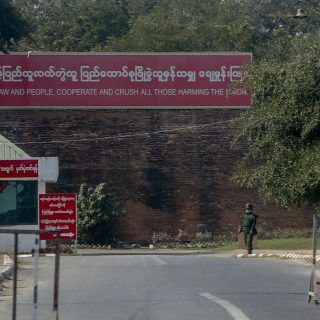 Ideas
The conspiracy theories Myanmar’s paranoid generals use to justify the coup
The Burmese military has used myths of foreign interference, from George Soros to Facebook, while maintaining its grip on power.
By Aye Min Thant 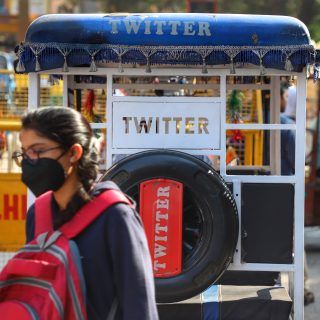 News
The limits of Modi’s power to control Twitter
India’s courts, not the government in New Delhi, have the authority to end ‘safe harbor’ protections for the platform.
By Nilesh Christopher 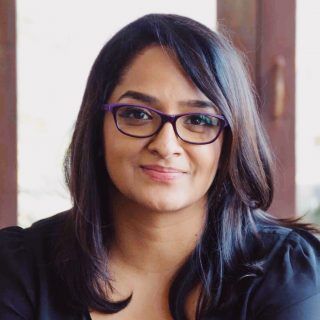