US homeowners get a huge tax break almost nobody knows about, and it's even part of GDP 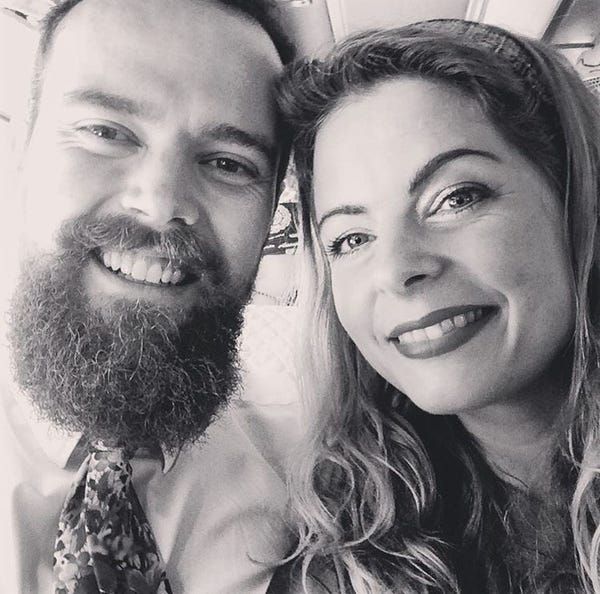 But what makes it different than an apartment in, say, Williamsburg, Brooklyn, is that in the eyes of Dutch tax collectors, owning that home means the Van de Klunderts became landlords. Their tenant? Well, that's where things get weird. There isn't one.

The Van de Klunderts owe taxes on roughly what they would charge to rent the place to strangers, even though they don't. And Benjamin, who makes deals at a reinsurance company, is OK with that.

"This seems like the most fair way of taxing the capital one has when owning a house," Benjamin told Business Insider.

The Van de Klunderts are subject to what's called imputed rent, a concept that, even in the Byzantine world of economics and tax policy, is difficult to wrap your head around. But it has huge implications for the housing market, and how we measure the size of the economy, even in the US.

The Netherlands is one of just five countries that actually tax homeowners as if they're paying themselves rent. (The others are Iceland, Slovenia, Luxembourg, and Switzerland, according to the OECD.) But back here, some economists argue that not doing the same thing is like giving American homeowners a huge tax break, and is distorting the housing market.

What is imputed rent?

Let's say you're renting an apartment for $2,000 a month. To your landlord, your rent checks are considered income, and she pays tax on it. Then you decide to buy a home of your own. Turns out it's pretty similar to the one you were renting, but it's all yours. Imputed rent is based on the logic that instead of paying your landlord, you're now paying yourself that $24,000 a year.

In the Netherlands that effective income is taxable; in the US it is not. 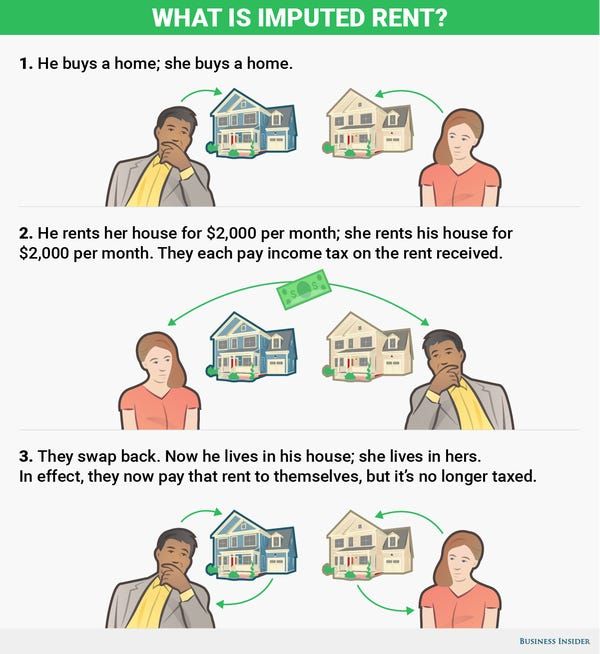 Samantha Lee/Business Insider
US lawmakers decided long ago that landlords pay income tax, but not homeowners who live in their own homes. The US government taxes the income from stocks, savings-account interest, and rent received as a landlord. But if you own an asset like a house and live in it, that generates an implicit income that's free from tax.

You can think of the "return" on this investment as the value of paying yourself, rather than a landlord, even if it’s not paying dividends or increasing in value.

"The issue really is that the imputed rent from your house is exempt," Eric Toder, codirector of the tax policy center at the Urban Institute, told Business Insider. "So if you finance a house by equity, it’s as if you have money invested in the house. If you invested it in a Treasury bond, it’d be taxable income. This is income that is tax-free."

But just because it's tax-free doesn't mean the government doesn't care about it.

It's even part of GDP

Kyle Browns once found the idea of imputed rent counterintuitive too. Now it’s part of his job to calculate it at the US Bureau of Economic Analysis (BEA).

"It was difficult to wrap my mind around, unlike haircuts or cars," Browns told Business Insider.

For economists, imputation simply means calculating data they don’t have. It’s a fancy way of estimating how much we spend on something.

But if the BEA left out imputed rent — all that money homeowners are not paying to landlords — a little over a trillion dollars would vanish from the national income, Browns said. That’s roughly equivalent to what the country spends on healthcare.

"There’s always some benefit that owning a home is providing that should be attributed," Browns said. "This is how we do it."

And to do it, BEA officials have to estimate what homeowners would pay if they were renting. They use comparably priced rental units in the area, or other proxies. But it’s an estimate. In some communities, nearly everyone owns a home, so there are few comparable rental units.

In principle, the BEA should also include imputed rent for things like cars, and even furniture, but compared to housing, it’s such a small part of the economy that it’s not worth the effort.

Housing is a big expenditure, and including imputed rent is important when comparing the US GDP to that of other countries. Homeownership rates vary. For example, 83% of Spaniards own, but Germans like to rent.

Beyond the mortgage-interest deduction 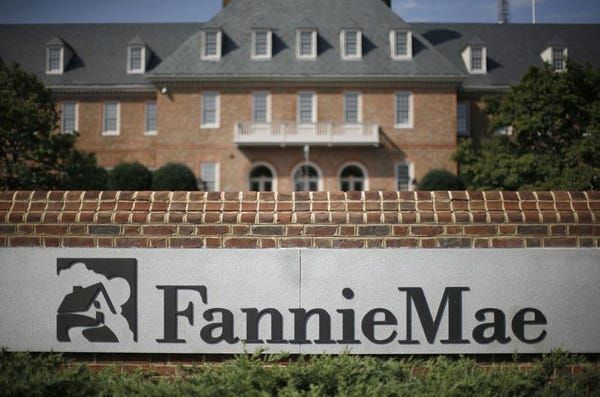 The headquarters of mortgage lender Fannie Mae is shown in Washington. US tax policy favors homeownership.
Thomson Reuters
There’s already a much more popular tax incentive to buy a home in the US: the mortgage-interest deduction.

Homeowners can deduct the interest they pay to their banks from their income. The idea is to encourage more Americans to buy homes and, in theory, join the middle class.

The deduction is controversial. Some studies show it does little to increase the rate of homeownership but encourages buyers to choose bigger homes. And it doesn’t help everyone; it applies only to owners who itemize their taxes. Many middle-class married couples don’t benefit.

The hidden imputed-rent tax break is different. It benefits anyone who owns a home, but it benefits most those with high incomes living in expensive homes.

If your home would rent for $4,000 a month, the implicit tax break you get is a lot bigger than someone living in a home that would cost $1,000 a month."There’s something very uncomfortable about distorting the decision to tax the house you live in versus the one you don’t," Todd Sinai, a professor at the University of Pennsylvania’s Wharton School of Business’s real-estate department, told Business Insider.

Should it be taxed?

This is one of those ideas that economists love to think about, but it rarely moves from academia into the world of mainstream policy proposals.

"In theory, it probably would be a good idea" to tax imputed rent, Toder of the Urban Institute said. "That doesn’t mean it would be popular." Most Americans don’t think of it as income in the first place, so rallying support would be an uphill battle. 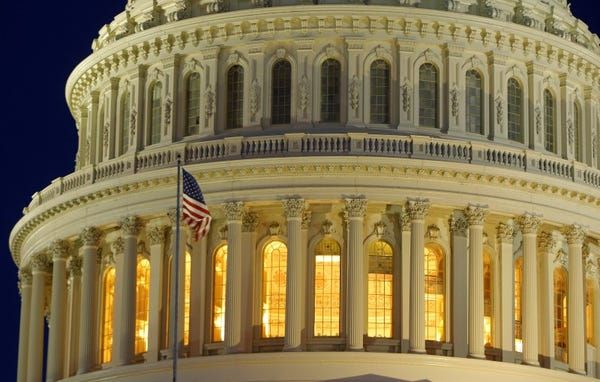 It would be up to Congress to tax imputed rent, but it's extremely unlikely in the US.
Thomson Reuters
The US structures its tax code to favor homeownership. But that’s a choice. Other countries tax imputed rent to avoid subsidizing the consumption of housing.

Sinai said if we taxed it, housing would look like a lot of other investments. Homeowners would add the imputed rent to their total income, but then offset it.

Mortgage interest would now come off the top of their imputed rent. They could depreciate the value of the home and everything in it over time. Property tax would be taken off the top, as would maintenance costs.

"You’d have a higher income, but you’d have greater deductions," he said.

If the US decided as a nation to reduce or eliminate incentives for homeownership, eliminating just the mortgage-interest deduction would, on average, eliminate about a third of that subsidy. But taxing imputed rent fully eliminates the tax-favored status for housing, Sinai said.

Many economists, as a matter of principle, believe taxing imputed rent makes sense. But as a practical matter, Sinai said it's hard to calculate and hard to implement. And taxing it would make for bigger disparities between winners and losers, so the chance of politicians proposing this is next to nothing.

But for those thinking about housing tax policy, there are other possibilities. Half of imputed rent could be taxed, or the mortgage-interest deduction could be capped.

And there are real reasons lawmakers might want to think about these scenarios, Sinai said.

In places where housing is scarce, tax subsidies tend to just raise home prices. But where housing is easy to build, it has little effect on prices, and doesn’t have a significant influence on the rate of homeownership, he said.

"We have subsidies for all sorts of things in the tax code," Sinai said. "The problem with current tax incentives is that they’re not very effective in inducing people to buy houses. They’re very effective at getting people to spend more when they buy them."

For Benjamin van de Klundert in the Netherlands, "Any tax is too much." But he knows if he didn’t pay imputed rent, "we’d be paying taxes on something else."

When buying homes, the Dutch know beforehand how much the tax adds. "It will never be a deal breaker," he said.

Newsletter
Sign up for the Insider Finance newsletter for an inside look at the billion-dollar deals and personalities dominating Wall Street.
Email address
By clicking ‘Sign up’, you agree to receive marketing emails from Insider as well as other partner offers and accept our Terms of Service and Privacy Policy.

SEE ALSO: How to read polls ahead of the election »

SEE ALSO: Why insulin prices are the next pharmaceutical controversy »

NOW WATCH: Meet the homeowners confronting climate change in their own backyards

Victoria's Secret ditched its Angels after a successful decades-long partnership. Take a closer look at how the concept was born — and why the lingerie chain thinks Angels are no longer relevant.
Undo