I recently had the opportunity to attend the 2020 IAAPA Virtual Education Conference. The big news for a general theme park fan from this conference was pretty well covered in the usual places. But there was much more to this conference than Disney showing some footage from their new rides. I have compiled some of the more interesting notes I took from the sessions that I attended.

Over the three-day conference, I saw three "Think Big"-type presentations for the amusement industry: Evolving our Business, Redefining Our Future with Josh D'Amaro (Chairman of Disney Parks, Experiences and Products division), Digital + Physical + Data + Story = Theme Park Metaverse with Tilak Mandadi (Executive Vice President, Digital & Global Chief Technology Officer of Disney Parks, Experiences and Products division), and Changing Attractions Change the World with Andreas Andersen (President and CEO of Liseberg amusement park in Sweden). In my mind, the three presentations all agreed that we should be optimistic of the health of the amusement industry post-pandemic, a position I share. But I also saw a somewhat divergent vision of what the industry will look like in the years ahead with regard to the use of digital technology.

The diverging visions I saw were best exemplified by comparing the content of Tilak Mandadi’s Digital Metaverse presentation with the presentation by Andreas Andersen. Josh D'Amaro’s presentation was a good overview of how Disney parks and resorts sees the current state of their business, but lacked a specific emphasis on the question of the role of technology on the guest experience in an amusement park. However, Tilak Mandadi works under Josh D'Amaro at Disney, so presumably we can look at the two presentations as being a part of the same vision. 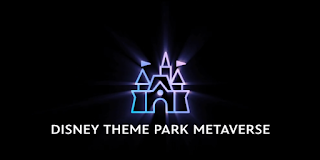 Disney’s vision of a Theme Park Metaverse is described as "a shared magical world, created by the convergence of virtually enhanced physical reality and physically persistent virtual space." This means that the park is connected to the guest’s electronic devices—phones, wearables, etc. to create a "converged experience" with augmented reality, artificial intelligence, and other stuff like that. He then goes on to categorize theme park attraction storytelling as falling into four categories:

I thought it seemed like this presentation was designed to sell the idea of spending a lot of money on IT in theme parks to investors who don't understand the amusement business, because I didn't find the case to be very compelling at all. Each of the examples given for personalized and social attractions would be extremely low volume.

Furthermore, the idea of the Theme Park Metaverse begs the question: why will this initiative turn out to be different from Disney Quest or My Magic Plus?

Disney Quest was promised to create personalized, interactive experiences using always updated top-of-the-line technology to tell Disney stories. It sort of worked experientially (although a constant complaint was the extremely slow moving lines caused by the low capacity of all the experiences), but it was so financially unsuccessful that the extra locations were cancelled and the original location had almost no updates for 20 years until Disney found a new tenant for the space at the lone-surviving location in Orlando.

My Magic Plus was supposed to do everything that the Theme Park Metaverse tries to do, but it went way over budget and many of the storytelling initiatives were scrapped after the early pilots were underwhelming. The lesson I take away from this is that Disney’s IT-based initiatives are prone to go over budget and under deliver. If My Magic Plus cost two billion dollars to build (as it was rumored to cost), wouldn’t Disney be more profitable today if they built two additional Star Wars: Galaxy’s Edge-caliber expansions for the same cost?

But the biggest problem I foresee with the Theme Park Metaverse is that it will be likely to have a learning curve. Going to a Disney theme park for the first time is intimidating. New guests arrive knowing that they will be spending a lot of money, but they don’t necessarily know where or when. I can’t tell you how many times a guest would come up to me when I was a ride operator and ask me how much Fastpass cost. I would explain to them how the system works, and inevitably they would get excited before I had to tell them that all the Fastpasses for the ride had been distributed for the day. It took minutes to explain, and so many parts of the theme park experience are that complicated while also being invisible. Did those guests figure out Fastpass after I explained it and become customers for life, or did that add up to a long list of frustrations that made the guest vow to never return?

Gone are the days where eating at a table-service restaurant at Disney works like eating at a table service restaurant in the real world. Gone are the days where a guest can look at the number of people standing in line and decide whether they want to see something called Space Mountain (whatever that is) after all those people in line ride it first.

Instead there are complicated systems. Systems that benefit people who know how they work at the expense of first time guests. Does Disney get repeat visits from first time guests as much as they used to? I don’t know. But I do know that a confused and frustrated guest is not a happy guest.

The closing keynote presentation was by Andreas Andersen, the head of Liseberg. This presentation was about how global changes should be addressed by the amusement park industry. In a lot of ways, I saw this presentation as a rebuttal to the Disney presentation. He said that although we should utilize technology when it is the best tool, we should not bend over backwards to become secondary to the digital world. He said that a key opportunity for amusement parks going forward is that they bring people together in person—the amusement industry is about face to face connections and interactions and about shared experiences.

So perhaps we want to use digital technology to tell stories, engage in financial transactions, and other things like that. But we can’t lose sight on the fact that the strategic advantage amusement parks have is that they can be an escape from digital interaction. Theme parks should not have such a steep learning curve that they don’t generate new customers.

I think Andersen’s presentation was a lot better placing technology in the overall context of how it fits in the total park experience, understanding that guests have a lot of demands of their time, and that complications are a serious turn off to engaging new customers.

I don’t want to make it sound like this presentation was a point-by-point refutation of the Disney presentation, because it wasn’t. But I really think that it was a perspective that comes from an understanding that theme parks are not technology companies. They are their own thing. They should take the best tools from other industries and use them when they make sense.

The Metaverse presentation concluded with a section about the new Genie itinerary planning tool system, which sounds to me like an official version of the tools provided through the Touring Plans family of tools. Setting aside any questions of efficacy, I see this platform as reducing some of the complexities of planning a trip to a Disney resort. However, questions of adequate capacity and legibility of the systems to a first time guest is definitely up in the air. If these problems can be overcome (I am not sure that these problems are mathematically solvable in a high-volume business like Disney theme parks. But assuming it is), this is the part of the presentation where I think Disney’s vision has common ground with that of Andreas Andersen. All presentations agreed that waiting in line and overcrowding are real detriments to the experience of visiting a theme park. And there is a multitude of ways to reduce these friction points. But it is always important to see the problems from the perspectives of all of the different kinds of guests.

The skiing industry has a problem where the number of newcomers to the sport is less than the number of people who age out of it. This is widely believed to come from the high cost of single day lift tickets, the steep learning curve of the sport in general, and decades-long focus on large ski-operators in building real estate developments at the expense of the mountain experience. I believe that the amusement industry needs to be weary of these dangers. It is important to be profitable in the short term, but it is not healthy to do so at the expense of the long term prospects of the industry. So exploit your real estate holdings, invest in technology, and try to invent new things. But don't lose sight that a guest visiting for the first time might be your next repeat customer. That is, if they can figure out how any of this stuff works.

If you attended the conference, but haven’t yet had an opportunity to see all the sessions you wanted to, I have included a short list of the other sessions that I saw and would recommend.

If you have any sessions to recommend to me, let me know. I would be happy to hear about them!

Disclaimer: If you disagree with anything I wrote, let me know why. I could be convinced that my opinion is incorrect with a good argument. I have no connection to Disney or any other organization discussed above. The opinions expressed are possibly my own, but definitely not my employer's or anyone else's. And I like the organizations I discussed above. So nothing should be interpreted as a criticism of any individual or organization. This post was simply my thoughts upon seeing the presentation.