How to legalize supersonic flight over land 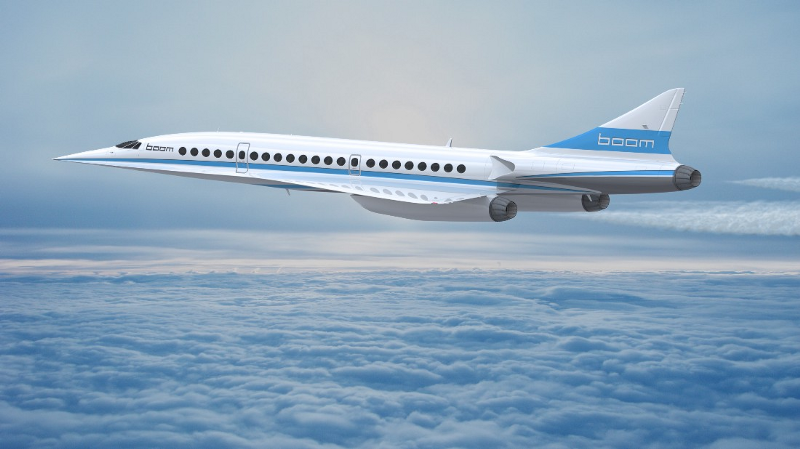 Boom is a Denver-based startup working on building a supersonic passenger jet.

Wednesday, the House Freedom Caucus released a list of regulations it wants to address in the first 100 days of the new administration. I was delighted to see that a repeal of the ban on supersonic flight over the United States made the cut.

This is an issue that Samuel Hammond and I have been working on for the better part of 2016. We wrote about the supersonic ban in the Wall Street Journal and in our Mercatus Center paper, "Make America Boom Again." Our paper was covered by brad plumer in a nice, in-depth article at Vox.

But even if we all agree that it’s time to revisit the ban on supersonic flight, there are still thorny questions of exactly how to do it. What needs to be done? What does the timeframe look like? What kind of standards are needed? What steps should we take to harmonize international standards? Here’s how Congress should be thinking about these issues as it tackles the supersonic ban.

Repealing the supersonic ban itself

Repealing the supersonic ban itself is actually really easy. The ban on flying faster than the speed of sound is contained in one sentence in 14 CFR 91.817, which reads in part:

No person may operate a civil aircraft in the United States at a true flight Mach number greater than 1 except…[some exceptions].

Congress could repeal this regulation with one line of legislative text: "14 CFR 91.817 shall have no effect." One good thing about this approach is that it is immediate and final. The FAA can’t squirm out of it, and its incentive to drag its feet on the other elements of supersonic regulation would be dramatically reduced.

If Congress took this tack, however, there would be no limitation for the time being on the amount of sonic boom airplanes could create over land. By default, takeoff noise standards for supersonic aircraft would be "Stage 2," much laxer than today’s standards.

Yet if policymakers see this problem as bigger than it really is, another approach would be to simply order the FAA to conduct a rulemaking jointly repealing the ban on overland supersonic flight and putting forth new noise standards.

What should the boom noise standard be?

In our paper, Sam and I discuss the problem of boom noise at great length. In our view, the boom noise standard should be restrictive relative to the booms that were generated by the planes of the past—the Concorde and the Oklahoma City sonic boom tests—but lenient relative to where we would like to end up, whisper-quiet booms.

The Concorde created a nominal boom of approximately 105–110 decibels. This was really loud! In addition, because we did not know much about techniques to prevent pressure signatures from decaying into a very sharp N-wave, these booms had a lot of shock to them. The Oklahoma City tests produced overpressures similar to those of the Concorde.

Today, NASA is working on getting booms down to as low as 70 decibels. In addition, advanced aerodynamics can make these booms "smoother" or less sharp than booms of the past. Think of these booms as the sound of a car door slamming down the street.

While we share NASA’s goal of getting booms to be as quiet as possible, given that we’ve missed out on years of hands-on learning about supersonic aviation engineering, we believe the noise standard should for the time being be significantly laxer than 70 decibels. We argue that booms of 85–90 decibels should be tolerated during daytime hours in the near term as we try to work up the supersonic learning curve. Over time, we will likely get better at producing quieter booms and then the noise standard can be tightened.

So what does 85–90 decibels sound like? It’s up to 3_00 times_ less sound pressure than the 105–110 decibel booms the Concorde made (remember, decibels are a logarithmic measure—85 decibels is 316.2 times softer than 110 decibels). And it’s similar to noise levels that we already tolerate in society in small doses. Motorcycles and lawnmowers operate at 85–90 decibels for considerably longer periods of time. Sonic booms are over in half a second.

At night, we think another 100-fold reduction in boom noise standards would be appropriate, putting the standard at 65–70 decibels. This would for the time being essentially ban supersonic flight at night. It would also create an incentive for aircraft manufacturers to keep pushing for quieter booms so that they could be first to market with a day/night supersonic jet.

Congress could pass a law specifying the level of tolerable sonic boom at 85 or 90 decibels. But more likely, they will delegate this task to the FAA. A key question, then, is how can Congress force the FAA to take a middle-road approach to sonic boom standards, rather than simply adopting standards that will effectively continue the ban on supersonic travel.

While there is no way for Congress to force the FAA to take a subjectively reasonable approach, in the past, Congress has stipulated that the agency must consider whether new noise rules are "economically reasonable" and "technologically practicable." I think these are good phrases that capture what factors we want the FAA to consider as it designs boom noise regulations.

What about airport noise?

Airport noise is currently regulated in several categories of standards called "Stages." As already mentioned, if Congress overturned the ban on supersonic flight and the FAA did nothing, airport noise standards for supersonic aircraft would default to Stage 2. This is a level of airport noise that hasn’t been experienced in the United States for about two decades.

The FAA’s current stated policy toward supersonic airport noise standards is quite severe. As a 2008 policy statement says,

These fuel efficiency differences are a big deal both for the economic viability of supersonic travel and for carbon emissions. Consequently, Sam and I believe that Stage 3 noise standards—what we currently tolerate for subsonic operation now!—should be applied to new supersonic jet certification.

Another alternative would be to create bespoke standards for supersonic jets that are significantly different than subsonic standards. There is a decent case for this. The Stage 3/4/5 standards allow different levels of noise depending on the size of the aircraft. But since supersonic jets will initially tend to be smaller than popular subsonic airliners, there may be a way to craft standards so that they do not impose new burdens on communities while also allowing more leeway than the existing subsonic standards. For example, if an airport currently serves widebody subsonic jets, it may be possible for it to serve new supersonic jets that make no more noise than those existing widebody jets.

Again, Congress should ensure that any regulations the FAA promulgates on airport noise are "economically reasonable" and "technologically practicable." And Congress should be exceedingly aware of the distribution of airport noise complaints, the subject of a recent paper I wrote with Raymond Russell.

What should we do about ICAO?

Finally, how do we deal with the international aviation community? ICAO, the UN agency that coordinates aviation policy, has been studying supersonic noise standards since 2004 with little progress to show for it. In part, this could be because the FAA plays a key leadership role within the ICAO and its Supersonic Task Group, and the FAA is no more aggressive at ICAO than it is in domestic policy.

Congress should make clear that the United States will not wait for ICAO to come up with noise standards, which could take another decade or more. At the same time, it should direct the FAA to push hard for international supersonic standards that meet economically reasonable and technologically practicable criteria. The state of aviation will be most advanced when all countries are aggressively pursuing advances in supersonic flight. But even if other countries lag, it is better to kick-start the market for supersonic transport earlier than to wait for compatibility.

When I think about Congress addressing this issue in the first 100 days of the new administration, I have to pinch myself. It’s incredibly exciting that something I’ve been working on for the last year might come to fruition so suddenly. Rep. Meadows, who authored the list of regulations to be addressed and included supersonic flight on it, has my sincere admiration for his leadership in this regard.