Column: How Bob Taylor assembled the team that invented personal computing: an appreciation

He paused. "Class One is destructive. Most wars and pain and suffering in the world are based on Class One disagreements. Class Two disagreements enable people to work together even when they disagree."

The key to his management style, he said, was to avoid Class One disagreements, and when he encountered them, to turn them into Class Two.

If you’re looking for the magic, it was him.

This technique worked. The team Taylor led in the 1970s at Xerox PARC, the company’s fabled Palo Alto Research Center, invented the Alto, the world’s first personal computer, as well as the laser printer, the Ethernet local area network, the graphical computer display, and other pioneering advances in computing hardware and software. It’s safe to say that the computerized world that occupies our attention from millions of desktops, laptops and smartphones can be traced to Taylor’s leadership and his vision of the computer as an interactive communication device. That includes the Internet, the earliest version of which Taylor funded in the late 1960s as a civilian research director at the Pentagon’s Advanced Research Projects Agency.

Taylor’s death last week at the age of 85 should prompt us to contemplate this legacy, along with the management skills Taylor employed to create a team out of a disparate group of preternaturally smart, willful, self-confident and competitive young scientists. There are lessons here for managers of any research team, especially nowadays when the competitive challenge in corporate research is greater than ever and corporate demands even more intensive than when Xerox established PARC in 1970.

That brings me back to that conversation in 1998. I was working on "Dealers of Lightning," a book about PARC, and met Bob at his home in Woodside, in the hills overlooking Silicon Valley and the Stanford campus, a residence he shared with a hyperactive giant black poodle named Max. Strapping himself into his BMW (bearing the license plate "The UDM" for "ultimate driving machine"), he led me in my rental car on a hair-raising race along winding forested streets to a restaurant down the hill. 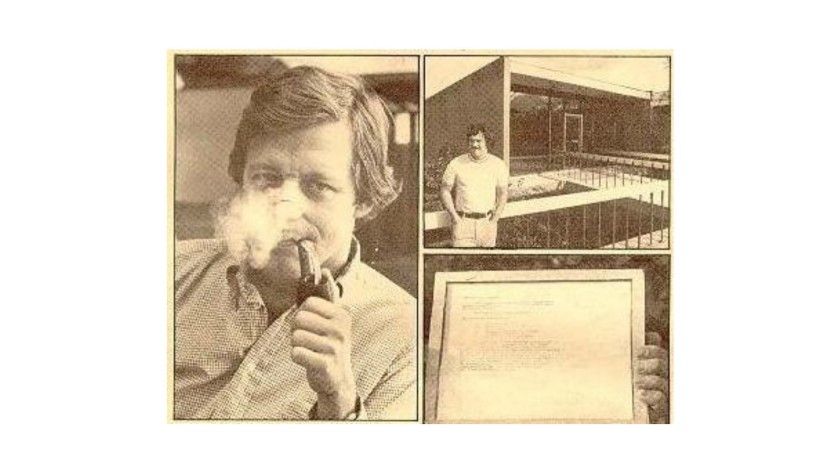 An iconic photo of Bob Taylor obscured by pipe smoke, left, appeared in this 1972 photo spread by Annie Leibovitz in Rolling Stone. At upper right is computer scientist Alan Kay and at bottom right is a mockup of Kay’s prototypical "Dynabook" personal computer.
(Rolling Stone)

Roughly a quarter-century removed from his tenure as one of PARC’s laboratory directors, he was still dividing the world between the geniuses he employed and those from whom he struggled to protect them. He sought my assent to the notion that when you had a team that was turning a vision of a digitally interconnected world into reality, it was the height of folly not to give them everything they needed. That he was still trying to make the argument so long after that vision had been fully realized only hinted at the intensity of the battles he had waged to win it.

Taylor holds a good claim to being one of the most successful leaders of a research lab who ever lived. There were two elements to Taylor’s success as a research leader: his vision and his management style.

He had developed the vision under psychologist J.C.R. Licklider, his immediate superior at the Pentatgon, whose 1960 paper "Man-Computer Symbiosis" outlined how computers would move beyond their role of crunching data using pre-formulated programs to become equals with their human controllers in problem-solving: "The resulting partnership will think as no human brain has ever thought," Licklider wrote, "and process data in a way not approached by the information-handling machines we know today."

This would require much more computing power than was then available, as well as a high-quality display to allow rapid man-machine communication, another huge drain on the computer memory of the day. "The computer designers said, ‘The display? That’s crazy. The display is peripheral,’" Taylor recalled. "I said, ‘No, the display is the entire point!’"

But Taylor was not always crystal-clear in communicating this vision to his team. Not a computer scientist or engineer, but a psychologist, he was unable and unwilling to set down anything resembling a detailed road map of what they should work on. His guidance often was often obscure or metaphorical, or unintelligible. 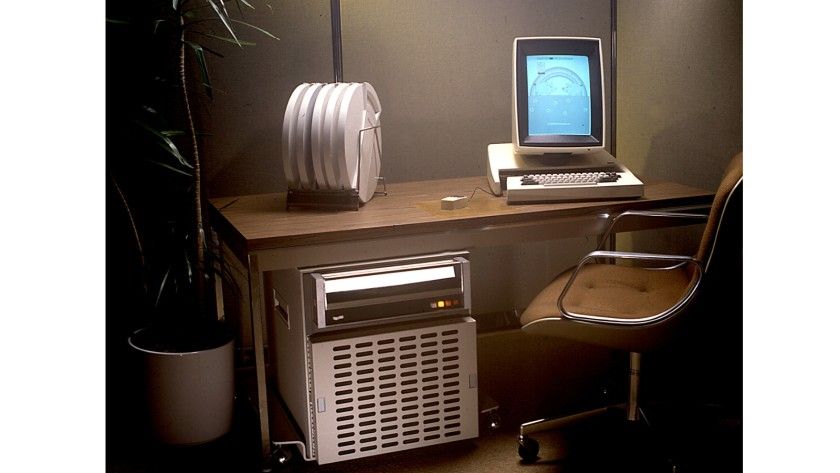 PARC’s revolutionary 1973 personal computer, the Alto, had a high-quality display screen, network connection and incorporated a mouse, which had been invented elsewhere. Never sold commercially, the Alto helped launch the age of personal computing.
(PARC)

"The master often speaks in somewhat inscrutable fashion," Butler Lampson, one of the co-designers of the Alto, reminded the guests at the 1996 party marking Taylor’s retirement from Digital Equipment Corp., where he moved after PARC. To a wave of knowing laughter, Lampson continued: "In retrospect, you can really see that the path has been plotted years in advance, and you’ve been following his footsteps all along."

Alan Kay, another of Alto’s co-designers, considers the emblematic photo of Taylor from his PARC tenure to be one that appeared in a Rolling Stone article about the lab in 1972. Shot by Annie Leibovitz, Taylor is barely visible behind a cloud of pipe smoke "with a sly look on his face," Kay says, as though to illustrate that his influence was catalytic, not direct. "He created the social dynamic at PARC that essentially enabled him to get other people to lead," Kay says.

That was not a trivial task. The members of Taylor’s lab included people who had been trained at academic pressure cookers such as MIT and Berkeley. They arrived in Palo Alto with few doubts about their own talents, and often fewer compunctions about showing off as alpha-intellects. Taylor himself was not even a PhD. He had to bring the lab members together and coax them into working toward a shared goal by the force of personality and the devices of psychology, including the eradication of Class One disagreements.

Taylor’s skill was "managing down," not "managing up," Kay recalls. "He created maximum synergy in the room" by showing "maximum pugnaciousness upward." This is rare among middle managers, he observes, because their careers depend even more on schmoozing with their own bosses than obtaining maximum results from their own underlings. Taylor’s viewpoint was that "I was hired to produce the best technology I could," and there could hardly be any doubt that he had achieved the goal. "I’m not sure he ever felt any fear," Kay says.

But that may have been his downfall at Xerox, which was an extremely bureaucratic East Coast organization that was never quite sure how to handle the computer revolutionaries it had installed three thousand miles from headquarters on a California hilltop.

In 1981, the company appointed as PARC’s new director Bill Spencer, an experienced research lab manager. Spencer marveled at Taylor’s personal management style. Every day, Taylor "would go in his office, break out a Dr Pepper, and for the next eight or 10 hours, individually touch every member of his lab," Spencer recalled. "As a consensus manager he was extraordinary."

But Taylor’s relentless battle to protect his own lab within PARC had made the whole organization dysfunctional, Spencer concluded. PARC’s output of revolutionary technology had slowed markedly, although it was plainly an error to blame that on Taylor — the arc of technological progress was bound to peak, at least for a time, after the immense advances of the 1970s. "You’d had this wonderful burst of imaginative things," Spencer recalled later, but by 1980, "it was dead. … The place needed a change.

Spencer provoked Taylor into resigning in September 1983. That opened the floodgates to a torrent of resignations from Taylor’s lab and others at PARC. Of Taylor’s lab members, 15 joined him at Digital. Others went on to populate Apple Computer, Atari, Microsoft and their own new entrepreneurial ventures.

Taylor’s career shows how much can be achieved by assembling the best staff, giving it maximum latitude to select its own goals and maximum resources to reach them. It’s also a reminder of the natural process by which supernovas such as the computer science lab at PARC inevitably burn out.

But when an inspired team comes together with an inspired leader, the results can be spectacular. Taylor’s team members showed by their devotion and their words how much they owed to him. In 1998, when I was first deciding whether to write my book, Chuck Thacker — the third of the three-man team that conceived and designed the Alto — described concisely what Taylor meant to the project.

2:52 p.m.: This post has been updated with the correct date of Taylor’s resignation from PARC.

Los Angeles Times columnist Michael Hiltzik writes a daily blog appearing on latimes.com. His seventh book, "Iron Empires: Robber Barons, Railroads, and the Making of Modern America," has just been published by Houghton Mifflin Harcourt. Follow him on Twitter at twitter.com/hiltzikm and on Facebook at facebook.com/hiltzik.