How America Tried (and Failed) to Solve Its "Servant Problem"

In the early part of the twentieth century, most middle-class American homes had at least one servant. Then the "servant problem" arose. 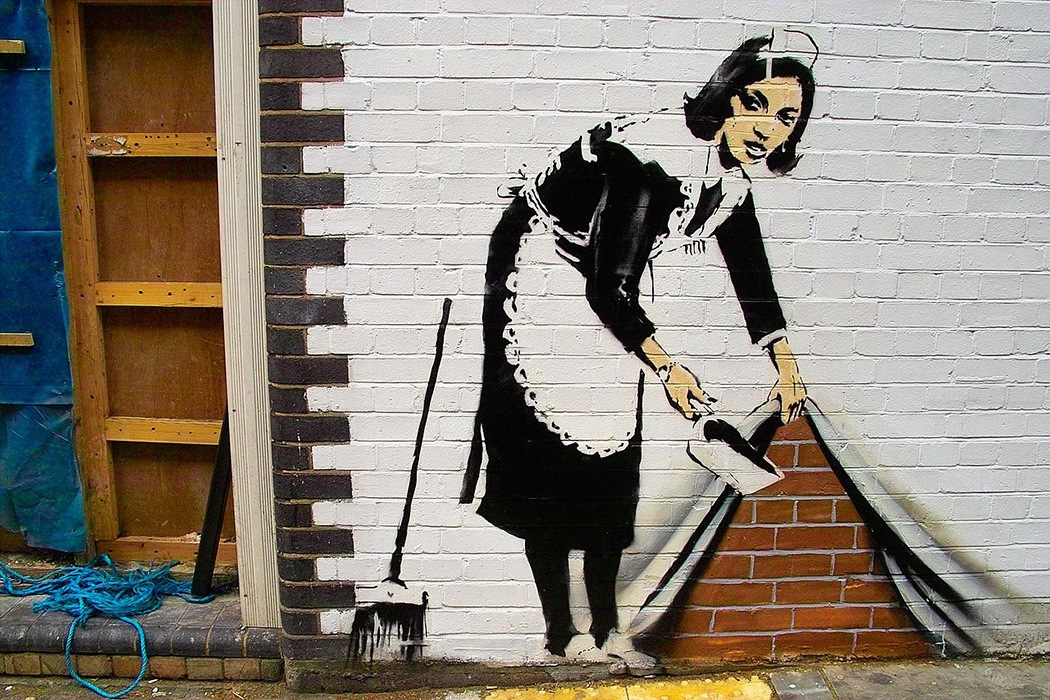 In the early twentieth century, a "servant problem" swept across America. In a time before vacuum cleaners and washing machines, household work was a constant, unrelenting burden in American homes, and thus most middle-class households had at least one servant. If that seems unthinkable now, it’s because domestic service all but died during the twentieth century.

Faye E. Dudden tracks the ways in which early twentieth-century Americans tried to solve a riddle of conflicting expectations and realities . Servants were once "a vital element of middle class domesticity," Dudden writes playing into women’s self-image along with their parental and personal relationships and affecting their personal privacy. But in the early twentieth century, it became harder to find servants.

In 1928, a group called the National Council on Household Employment brought together working servants, labor activists, efficiency experts, and even future First Lady Eleanor Roosevelt to try to solve the so-called "servant problem." The "servant problem" boiled down to the fact that wealthier women wanted reliable, cheap, willing labor, but poorer women (many of them black) did not want to be their servants. The NHCE tried to figure out why. They concluded that not only was domestic service undesirable because of its low pay and unlimited hours, but that the terms "servant" and "maid" alienated would-be domestics.

Domestic service dropped by more than half between 1940 and 1950.

The NHCE’s suggestions weren’t exactly welcome to potential employers who realized they’d have to pay more and give more to workers they considered "unskilled menials." When the Depression hit, the ones who could still afford servants became even less willing to make concessions. "The experts saw that employers who continued to hire domestic workers during the Depression believed that they did a worker a favor by offering her a job at all," writes Dudden. People even stopped paying servants altogether, offering instead an "opportunity home" that traded food and shelter for domestic work.

Hypothetically, the Depression might have ended the "servant problem" by offering an endless supply of desperate would-be workers, and yet servant positions still went unfilled. Despite rebranding service as a highly skilled position and encouraging the use of standardized tests, both groups flailed. Even though wages rose during World War II, women could find better pay in the war effort.

It was the beginning of the end. Domestic service dropped by more than half between 1940 and 1950. After the war, wages remained high. In a bid to sidestep labor laws, employers paid nannies and cleaners under the table instead of hiring servants full-time. Slowly, women began to take over housework themselves. The servant problem stopped being a problem because servants stopped existing. Not that upper-class women didn’t have a helping hand or two: At the same time, household tools like vacuum cleaners, dishwashers, and coffee makers became ubiquitous. Permanent-press clothing and relaxed manners reduced the burden of ironing and clothing maintenance. And packaged convenience foods could make even the most inept upper-class woman feel confident about her domestic skills.

So why did the well-intentioned NHCE fail? Dudden blames the bust on its refusal to acknowledge race, its failure to unionize workers, and language that alienated employers while failing to appeal to domestic workers themselves. Without knowing it, the group was presiding over the death of an institution—and today’s homes are shaped by that shift in American culture.

JSTOR is a digital library for scholars, researchers, and students. JSTOR Daily readers can access the original research behind our articles for free on JSTOR.

Experts and Servants: The National Council on Household Employment and the Decline of Domestic Service in the Twentieth Century
By: Faye E. Dudden
Journal of Social History, Vol. 20, No. 2 (Winter, 1986), pp. 269-289
Oxford University Press

Get your fix of JSTOR Daily’s best stories in your inbox each Thursday. 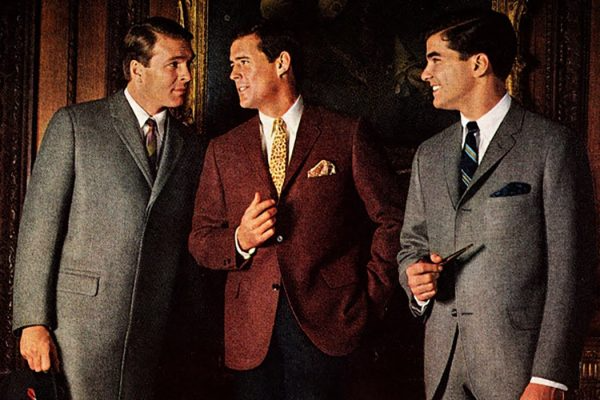 How Magazines Created a New Culture of Manhood

Middle-class American manhood changed in the mid-twentieth century. And the new ideal of masculine consumption was captured by men’s magazines. 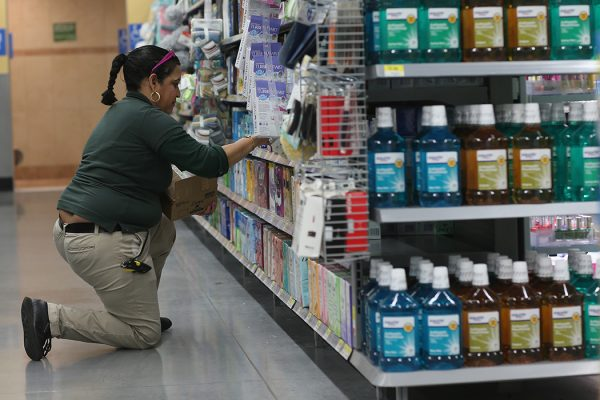 There's a big difference between how salespeople in traditional department stores and big-box retailers interact with their customers. 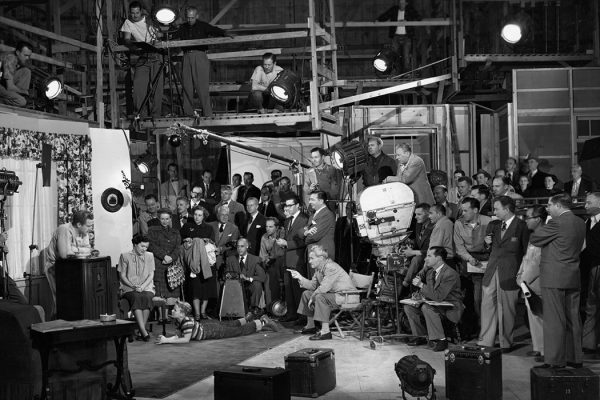 Since the nineteenth century, the IATSE union has organized behind-the-scenes workers, first in theater, then in the movies. 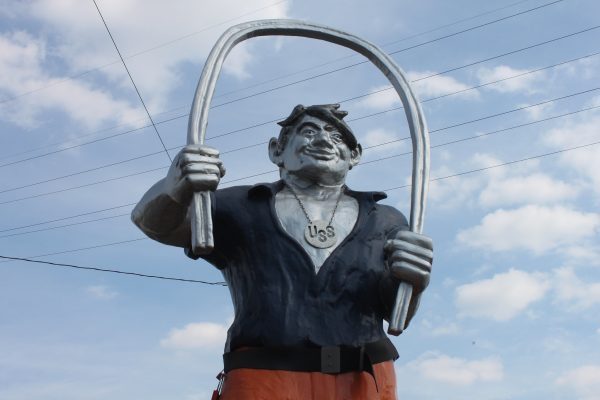 Joe Magarac, a Boss’s Idea of a Folk Hero?

The Paul Bunyan of the steel industry never went on strike. He was too tied up working the twenty-four-hour shifts that unions were fighting. 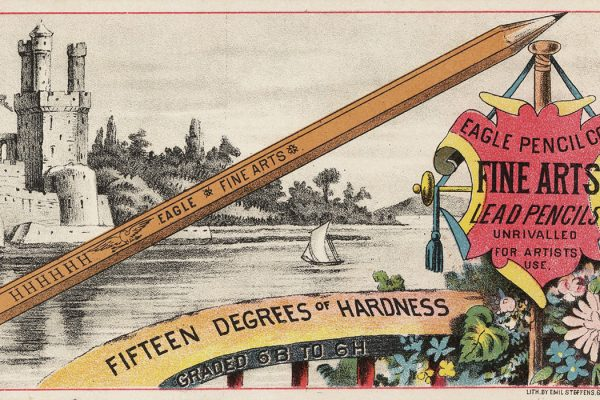 Why You’ll Never Get Lead Poisoning from a Pencil

Some of the greatest moments in international pencil history involve discoveries of a different mineral.

Help us keep publishing stories that provide scholarly context to the news.
Become a member

JSTOR Daily provides context for current events using scholarship found in JSTOR, a digital library of academic journals, books, and other material. We publish articles grounded in peer-reviewed research and provide free access to that research for all of our readers.

JSTOR is part of ITHAKA, a not-for-profit organization helping the academic community use digital technologies to preserve the scholarly record and to advance research and teaching in sustainable ways.

©2021 ITHAKA. All Rights Reserved. JSTOR®, the JSTOR logo, and ITHAKA® are registered trademarks of ITHAKA.