"Honduras is ready for you," was the message of Honduran president Juan Orlando Hernandez to international businessmen who gathered recently in Dallas, Texas, to learn about investment opportunities in Honduras.

The crown jewel for investors is the opportunity to invest in special Employment and Economic Development Zones, or ZEDEs, in Honduras. These zones create independent enclaves under corporate rule, where ZEDE managers can design local ordinances and public taxation to maximize profits — an investor’s dream come true.

Yet while the Honduran government promotes itself as a strong friend to corporations, it has been no friend to Honduran communities. Closing space for civil society engagement and repression of peaceful protests have left citizens vulnerable and fearful of their own government. Extrajudicial killings are commonplace; impunity reigns. In early 2017, Global Witness named Honduras the "deadliest place in the world for environmental activists."

At the same time, corruption is widespread. President Hernandez has been at the center of many allegations from civil society. After the November 26th presidential elections, in which he ran for re-election, Hondurans denounced numerous irregularities and manipulation of the results, and warned of a total break-down of the rule of law in the country.

Many in the international community have long been raising alarm bells, recognizing the urgent need to address these and other deeply entrenched and structural problems in Honduras, such as poverty, exclusion, and discrimination. International bodies have urged the creation of more transparent and accountable public institutions, protections for vulnerable communities, and support for the safe and active participation of Honduran citizens in policy-making.

In striking contrast, the Inter-American Development Bank (IDB) is currently considering a $20 million loan to the Honduran government to support the implementation of the controversial ZEDE law, which grants unprecedented powers to private entities, rolls back democratic governance, decreases transparency, and could undermine Hondurans’ most fundamental constitutional rights. The law, passed in 2013, conflicts with existing Honduran laws as well as international legal obligations. IDB support for the law’s implementation would also irrefutably contradict the Bank’s own principles and policies.

ZEDEs legalize secretive corporate rule. While free trade zones exist elsewhere in Latin America, the ZEDE law envisions a more radical model, one that gives broad powers to a small group of unelected officials who run the zones with little public oversight or mechanisms for accountability. Further, ZEDEs are financially and administratively autonomous, and create new courts that operate by different rules than the Honduran legal system.

Inherent to the ZEDE law is a clear and alarming weakening of a broad range of constitutional protections. The zones violate fundamental rights of self-determination and democratic participation. (Hondurans who live within the boundary of a ZEDE can vote in national elections, but they have no guaranteed participation in the election of local representatives or in the creation of public policies.)

Furthermore, it remains unclear how fundamental constitutional rights will apply to citizens in these special zones, including the right to Habeas Corpus, the guarantee against the extraction of forced labor, freedom of expression, and protections for a free press, among many others.

In addition, ZEDEs can be imposed without prior consultation with residents. The law goes so far as to stipulate that "no precautionary measures should be implemented that impede or halt" the process of land expropriation. While the law requires the free, prior, and informed consent of indigenous communities (FPIC), Garífuna indigenous communities at risk of forced displacement have already denounced the absence of any FPIC process in relation to a proposed project. In fact, indigenous communities and human rights groups have criticized a systematic failure by Honduras to ensure FPIC in the context of development projects more generally.

No ZEDE exists yet, but proposed ZEDEs are largely in the country’s most marginalized areas that have suffered some of the highest rates of violence. Currently, five unelected individuals have the power to make decisions about ZEDE implementation and will have oversight over the new public policies that will impact the lives of ZEDE employees and residents. ZEDE leadership will assume extensive responsibilities in relation to violence prevention and criminal investigation, yet do so with minimal enforceable obligations and absent any effective oversight or accountability mechanisms. Furthermore, the strong links between organized criminal groups, drug cartels, and the Honduran oligarchy create a scenario in which criminal structures could assume control of a ZEDE. And because targeted assassinations of human rights and land rights leaders often occur precisely in the context of private business ventures, the ZEDE legal system will face incentives to silence opposition and quash investigations into corporate malpractice or abuses, reinforcing impunity for these crimes.

The IDB’s policies on access to information, involuntary resettlement, and indigenous peoples, among others, are in place precisely to protect against the kinds of harmful initiatives contained in the ZEDE law. These circumstances paint a foreboding picture for the communities who should be the ultimate beneficiaries of IDB investments, and raise questions about how seriously the Bank analyzes potential projects against its own policies and safeguards. .

Meanwhile, Honduran communities, lawyers, and civil society organizations continue to express concerns about ZEDEs and their possible impacts. On November 15, the Black Fraternal Organization of Honduras (OFRANEH) wrote an open letter to the IDB, reiterating the lack of prior consultation and saying that ZEDEs have "become a severe threat to the survival of the Garífuna people." They and other marginalized groups are hoping the IDB can see this for what it is: the legalization of corporate profiteering at the expense of Honduras’ most vulnerable citizens. 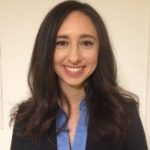