‘I quit’ is all the rage. Blip or sea change? 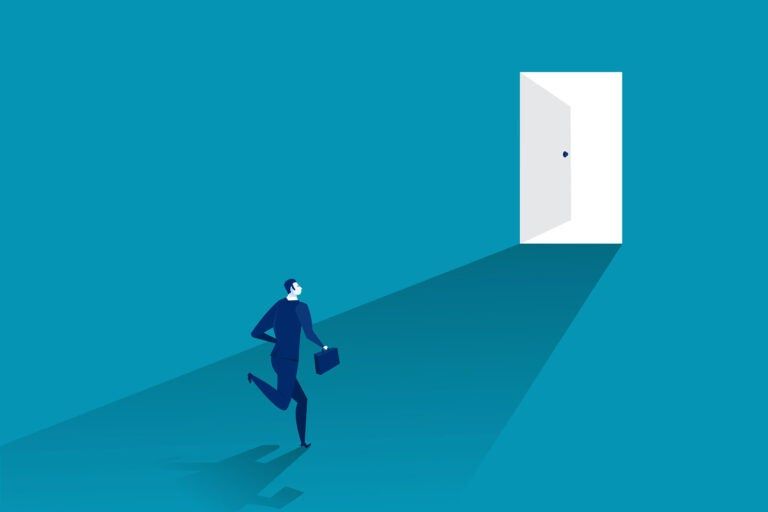 In the most recent U.S. Bureau of Labor report, 4.3 million quit their jobs in August.

During the earliest months of the pandemic, employers couldn’t downsize fast enough. Millions were laid off, executives took symbolic pay cuts and ordered wage and hiring freezes, and many economists predicted a grim year ahead for workers hoping to just get their old jobs back, never mind get ahead.

Eighteen months later, U.S. employers are struggling to fill 10 million jobs and many of those same workers are looking at the offerings and saying, "No, thanks." Since April of this year, Americans have quit their jobs and not returned to the workforce at a historic rate, an exodus some call "The Great Resignation."

According to the latest U.S. Bureau of Labor report, 4.3 million quit their jobs in August, 242,000 more than in July. The monthly quit rate hit a new high, at 2.9 percent. Though quitting is happening across all job sectors and among workers at all skill levels, it was up in August in hospitality and food services, wholesale trade, and in state and local education.

Lawrence Katz, the Elisabeth Allison Professor of Economics at Harvard, is a labor economist who analyzes earnings inequality and the effect that education has on living standards. Katz spoke to the Gazette about why this is happening and whether it could represent a major power shift between workers and employers. Interview was edited for clarity and length.

GAZETTE: What’s going on? Have we seen anything like this before?

KATZ: We haven’t seen a quit rate this high since 2000, when the U.S. Bureau of Labor Statistics began the current Job Openings and Labor Survey data series. Last month was the highest quit rate that we’ve observed in the JOLTS data.

There’s a monthly survey of a random sample of employers in the U.S. They’re asked, "In the last month, how many workers who were working here last month are no longer working," and they’re asked the reason. There are three reasons. A worker can voluntarily quit. They can be laid off or fired. And there’s a smaller miscellaneous category called other separations, which is largely announced retirements.

Historically, people are much more willing to quit their jobs when there are a lot of job openings. And what we’re seeing is a record level of job openings. Employers are looking for a lot of people to fill jobs and we clearly see in the data that expenditures by consumers, for a wide range of consumption products, are very, very high. People delayed a lot of consumption during the pandemic. So, there’s huge demand. We’re also seeing inflation take off a bit with shortages in these areas.

A large number of workers lost their jobs in the pandemic and some are hesitant to come back to the labor market. We also have disruptions to the supply of temporary and seasonal workers through increased restrictions on immigration and work visas. And when there are a lot of outside opportunities, people are much more willing to take a chance on leaving their current job.

GAZETTE: So these "quitters" are not simply retiring and they’re not just job-hopping. Are they between jobs or are they done with the rat race entirely? 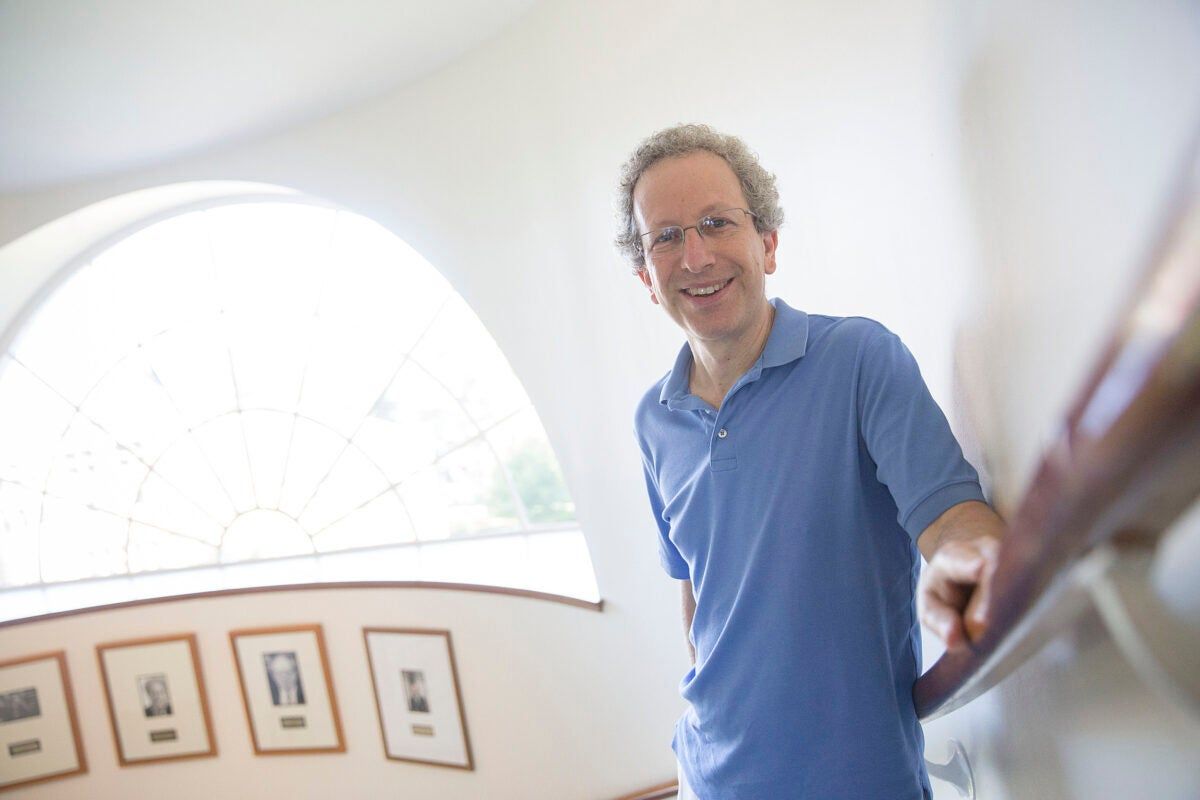 The recent exodus of people leaving their jobs could signal a major power shift between workers and employers, Lawrence Katz said.

KATZ: The quitters are not really leaving the workforce. What happened is a lot of people lost their jobs early in the pandemic and a lot of them have not come back, especially when they haven’t had the opportunity to come back to their previous jobs. What’s puzzling, relative to the historical data, is the slow movement of people who have been unemployed for a while back into employment, given how many job openings there are.

The number of people who switch from one job to another is what you would predict given the great opportunities. It’s always been true that people who switch jobs tend to get higher wage growth than people who stay put, but it looks unusually high right now — about 2 percentage points over the last. So, there are very strong economic incentives to change jobs — that’s the first reason.

But a second issue — we see a lot of anecdotal and survey data on this — is, I think we’ve really met a once-in-a-generation "take this job and shove it" moment.

KATZ: There’s no perfect way of measuring these types of factors. But what we do see is a lot of people asking about getting remote work, for example, and a lot of people questioning low-wage, high-turnover situations, and employers starting to respond, but pretty slowly relative to the expectations of workers.

The other reason why this is a "take this job and shove it" moment for a lot of workers is their financial situation is much better than it was coming out of the Great Recession, with the expansion of the social safety net and the stimulus payments during the pandemic period.

Upper­-middle-class and well-off people are doing quite well with the stock market boom and have saved a lot. But even people in the bottom two quartiles of the income and wealth distribution are in much better financial situations than in previous economic recoveries, so we’ve seen a slow return from unemployment given the job openings. Having a stronger safety net and having built up some savings means people can put more weight on their caregiving responsibilities, or can look for something better. They can invest in a training or another program that they might not have been able to do in the past.

Whether this is a temporary phenomenon or whether this is truly a once-in-a-generation change in labor activism is an open question. But the number of strikes we’re seeing and workers willing to protest, whether it’s Hollywood production crew workers, John Deere employees, or Harvard graduate students, is very high relative to where the unemployment rate is at. So, I think there may be something more persistent here.

"I think we’ve really met a once-in-a-generation ‘take this job and shove it’ moment."

GAZETTE: Costs for necessities like food, shelter, and cars are still going up. Does that put any pressure on employers to raise wages to retain workers, particularly with the hiring gap in the background?

KATZ: I think the combination of the high inflation with the fact that workers have a lot of outside options and are a little better off financially will put pressure on employers to raise wages to keep workers. Jumps in inflation always put a little pressure to keep the real value of things, but that by itself wouldn’t be strong enough. It’s the combination of a tight labor market with that. And workers really will need substantial wage increases to keep up with inflation.

These are quite unprecedented times in the whole range of the pandemic-related health situation and disruption and the temporary inflation. There’s not a good historical record to look at this one. We haven’t had a jump in inflation like this in decades, and we’ve never had one, in our living memory, related to pandemic shortages.

GAZETTE: Are we in a reset period, where employees and employers are reassessing the terms of engagement?

KATZ: Yes. I think a lot of employers are surprised at how many workers have balked at coming back to the office, the restaurant, or other workplaces. What I don’t know is whether employers can hold out and try to restore the pre-pandemic bargain more favorable to employers than to workers. The longer people stay out of work, the more their finances will go down, and they’re not going to get stimulus checks again. Maybe workers can hold out for six months and then the world will go back to the way it was before the pandemic. Or maybe the current moment reflects a permanent change in people’s values and a change in their willingness to withhold labor supply, individually and collectively.

We’ve also been seeing a spurt in union organizing successes for a wide range of professional and technical workers over the last couple years and into the pandemic at places like the Urban Institute, MDRC, and the Brookings Institution, where the employers have voluntarily recognized staff unions. Using collective clout to improve pay and working conditions may be an increasingly important way for workers to make progress in the labor market. That could be a major change in the balance. A lot of it is individual decisions, but a lot of it is workers acting collectively now in a way that we haven’t seen in decades. 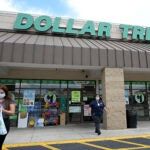 Where’s all your stuff? It’s complicated. 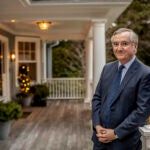 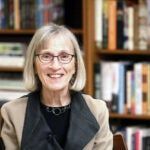 Why being a working mom is still so tough

Sign up for daily emails to get the latest Harvard news.