Ugh, fine. I 'get' Twitch now. All it took was 'Ghost of Tsushima' and a pandemic. 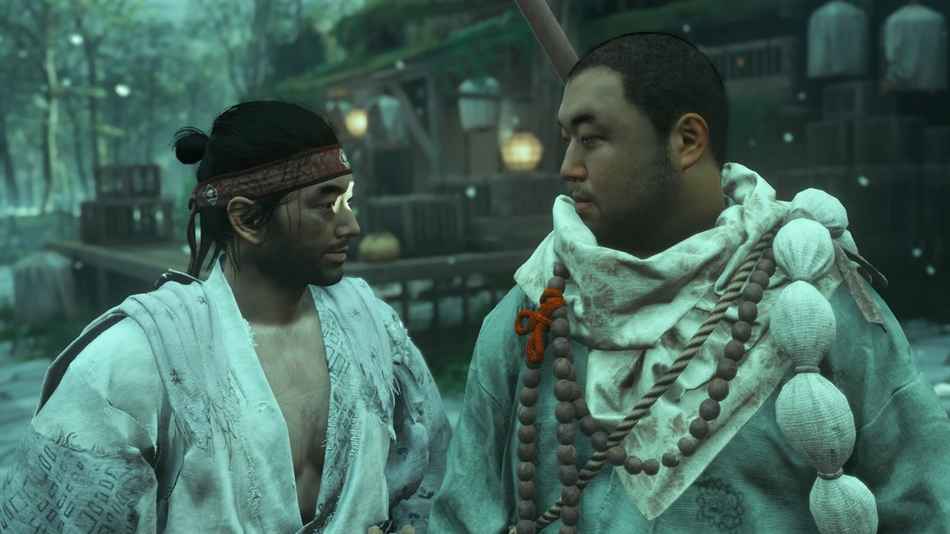 It took being hype for 'Ghost of Tsushima' to get me to watch streamers on Twitch.
Image: Alexis Nedd
By Alexis NeddAug 02, 2020

Five months into self-isolating alone in a one bedroom apartment, I’ve accepted that my expectations of how all this was going to go were unrealistic. I don’t mean that in reference to the physical reality of the COVID-19 pandemic or even the whiplash unpredictability of the time loop that is 2020 — I mean my expectations for me, personally. I have not baked a single loaf of bread, planted no herbs, and completed exactly zero virtual yoga classes.

The reality of my isolation is that trying new things is hard and I’m tired. The paradox of being exhausted from a surfeit of nothing is not lost on me, but I’ll be damned before I spend my energy on something I’m not even sure I’ll like. As someone who works full time reviewing television and video games, I’m more comfortable letting things I like come to me.

In July I reviewed Ghost of Tsushima, an action adventure stealth game from Sucker Punch Productions. I loved it. As a reviewer, my thoughts were embargoed until my review was published, but while I katana-chopped my way through the journey of Jin Sakai I was struck with how badly I wanted other people to play this game. I felt the way I did when I loved a movie in the Before Times, when I could affectionately bully my friends into coming over to enjoy my new obsession. Half the fun was in watching the movie, the other half was watching them watch it.

That impulse to share the experience of playing Ghost of Tsushima led me to Twitch, a site I had never used before and had placed solidly in the "not for me, you do you" category of entertainment. I had nothing against the concept of streaming, I just watch a lot of things and the idea of adding something else to the pile seemed like overkill. Incessantly texting my friends who bought launch day copies of Tsushima wasn’t doing it for me though, so Twitch it was.

SEE ALSO: The rise of drag on Twitch

I struck Twitch gold in discovering that Daisuke Tsuji and Earl T. Kim, two of the English-language voice actors and models for Ghost of Tsushima, were streaming their first playthroughs of the game. Tsuji and Kim voice Jin Sakai and Norio, respectively, and I recalled from my very professional game reviewer notes that their performances (this is a quote from my Google Doc) "whipped ass." It seemed as good a place as any to start — watching actors discuss their work is something I was already familiar with. Watching them would be trying something without leaving my comfort zone.

I’d try it for a night, I said. That was over a week ago.

Tuning into Tsuji and Kim’s Twitch streams feels like a cross between appointment television and happy hour. For all of my sessile effort in keeping in contact with friends and family in the outside world, I had forgotten how much fun it is to get online and geek out with strangers. It helps that the Twitch communities I’ve found are emphatically kind, with the streamers having zero tolerance for anything resembling the nasty side of streaming comments or content. The memes, in-jokes, virtual applause for cutscene performances, and endless side chatter scroll by pleasantly, with Ghost of Tsushima itself feeling like less of a main event and more like a venue for familiar usernames to pop in and out as the hours go by.

It’s possible that I am outing myself as pathetic, but we live in pathetic times. I miss a lot of things out there, like "talking" to "people" at "parties" and other epidemiological impossibilities, but the longer we stay inside, the more our concept of social activity must shift towards the virtual. Before getting on Twitch, I had always conceived of single-player games as something to experience alone. The community I’ve found, temporary as it is, has convinced me otherwise. Even if I never tune in to these specific streamers again, they’ve made me wonder what other things I have done alone, not knowing I was missing an opportunity to connect.

I am of course familiar with the power of small, dedicated online communities that coalesce around entertainment. At my big age I am an elder stateswoman of them, having braved poorly coded message boards, witnessed things on Tumblr that have since passed into legend, and been present for the birth and death of memes immemorial. What is special about tiny, chatty fandoms is how each new one — each good one — still manages to feel twinkly and exciting after all this time. There is so much human joy in liking something loudly and unembarrassed; there is magic in sharing it.

I’m glad I joined Twitch to watch Daisuke Tsuji and Earl T. Kim play Ghost of Tsushima. It’s not as Instagrammable as bread and less useful for my glutes than Zoom yoga, but it’s something new I’ve tried inside that reminds me of something I miss outside. Dopamine is dopamine, man, I’m not going to argue with a fix.

Get our hottest stories delivered to your inbox.

Sign up for Mashable Newsletters to get personalized updates on top stories and viral hits.