Between us we cover the world

A life free of disease bought by a few

New reproductive technologies promise to prevent serious genetic disease. What happens if only the rich can access IVF and disease testing, while everybody else remains vulnerable to genetic fate? 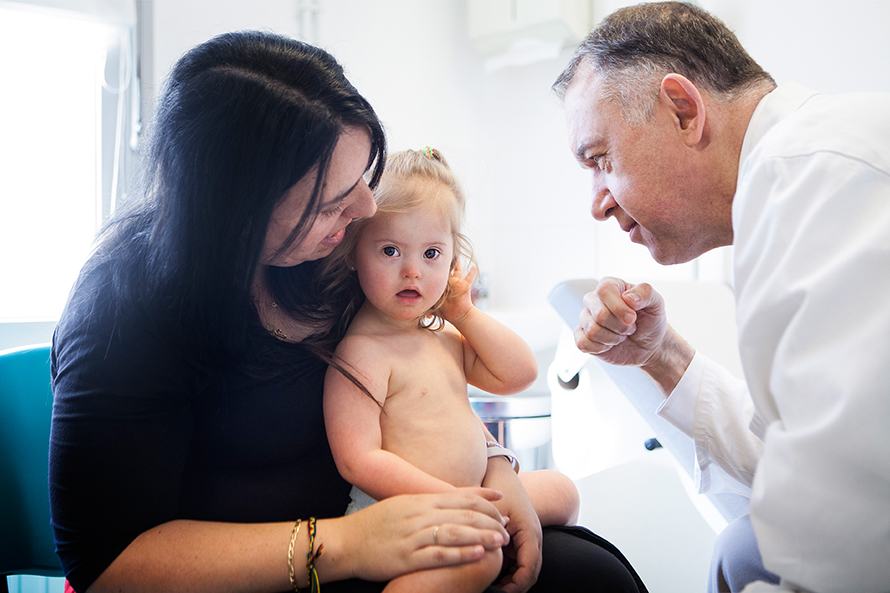 Our fear of genetics is diffuse and visceral and surfaces in a range of dystopian visions, from experiments gone wrong, like Frankenstein’s monster, to worlds dominated by genetically enriched super-people. But while our antennae are attuned to things distant, scary and futuristic, we may be missing the more real and immediate threat: genetic medicine as we practice it today is poised to alter our concept of disease and responsibility in ways that will make the world fundamentally more unfair.

If you could use reproductive genetic technology to make sure that your child did not have a genetic disease, would you do it? That question is not science fiction any more for many prospective parents. If you have an increased risk of breast and ovarian cancer because of a variant in your genes, there are now ways to make sure you don’t pass that pathogenic variant along to the next generation. If you and your partner each harbour a single gene for spinal muscular atrophy — and with it a 25% chance that each of your children will be born with a life-threatening degenerative disease — we can remake the odds, assuring that all your children will be born healthy.

Is this desirable? Parents-to-be in the US have voted with their feet: a non-invasive way to take a look at foetal DNA, introduced in 2011, is the fastest-growing genetic test in medical history. But public opinion as a whole is more nuanced, favouring some uses and not others. Americans approve of interventions to reduce a child’s lifetime risk of cancer, but don’t want parents choosing their child’s eye colour or selecting for higher intelligence, says an AP-NORC poll from 2018 (1). We are in favour of healthier babies, but not ‘designer babies’.

But, ironically, it is the negative ramifications of preventing disease — the one aspect of designer babies that does not make us uncomfortable — that may create the most difficult challenges for society in the near future.

How could preventing disease be bad? Isn’t the ability to prevent or even cure genetic disease a benefit to everyone? Unfortunately, a number of concurrent trends suggest that preventing genetic disease will become a luxury enjoyed by the few, not the many. Some genetic diseases may soon be something that happens only to ‘certain people’.

Down’s a difference not an affliction

The canary in this particular coal mine is Down’s syndrome, the most common of a handful of chromosomal conditions for which pregnant women have already been offered testing for decades. To be very clear, Down’s syndrome is a difference, not an affliction. In 2011, when researchers surveyed 284 individuals with Down’s syndrome over age 12, 99% of them said they were happy with their lives (2). Parents of children with Down’s syndrome have spoken movingly to me of the joy their kids bring to them, but also of their need for resources and support.

Families with resources are rainmakers for disease communities, raising the profile of a condition affecting one of their own. Families with fewer resources don't have this power and are sure to lose in ‘the disease Olympics'

It’s a crucial challenge, therefore, to offer prenatal testing for Down’s syndrome in a way that demonstrates understanding of these lived realities along with a respect for the needs of those born with the condition. It is an ideal that in practice has often not been met, and expanded screening programs have at times been viewed as an attack on the very humanity of individuals with disabilities.

Yet, paradoxically, selective access to screening may prove even more dangerous to the welfare of persons with Down’s syndrome by changing it from a random event into something that is vanishingly rare in certain communities and relatively commonly in others. Not everyone chooses to test for Down’s syndrome, and when it is identified in the foetus, not everyone chooses to end the pregnancy. But a significant majority does make that choice. The most comprehensive review (3) of the subject in the US, published in 2012 by University of South Carolina researchers, suggests that about two thirds of pregnant women presented with a diagnosis of Down’s syndrome will choose to have an abortion. But this number is not consistent across the population, suggesting that today the odds that someone will carry a baby with Down’s syndrome to term depend on their culture, their religious beliefs, where they live and their income.

What testing may tell us

Access to prenatal testing has shifted the incidence of Down’s syndrome, making it a marker of place and class. As affluent families have fewer children with Down’s syndrome, it is increasingly a condition of other populations.

There are thousands of other genetic diseases and conditions, and soon we will be able to test for many more of them during pregnancy. Some we will test for will be severe and lethal in childhood; others will be milder, or perhaps present only later in life, like Parkinson’s or Alzheimer’s disease. Some results will mean the child is absolutely going to get the disease; most will indicate only an increased risk.

Testing during pregnancy will be limited by the reality that prospective parents must weigh their concerns against the heartbreak of ending a pregnancy. There is no such limitation, however, when the choice is a matter of selecting between embryos in the IVF setting. IVF is a major growth industry in the US in part because of preimplantation genetic testing, or PGT, which involves taking a small sample of cells from an early-stage embryo to analyse its DNA.

In the past few years, multiple screens have come on the market that identify carriers of hundreds of rare diseases like cystic fibrosis, and ultra-rare diseases like trimethylaminuria, a disorder of the metabolism that makes an affected individual smell like rotting fish. These screens generally require prospective parents to pay out of pocket, but the cost of screening is nothing compared to the cost of making use of the information. Let’s say that Joe and Jane learn that they are each carriers for hypophosphatasia, which means they run a 25% chance of having a baby with soft, misshapen bones who will likely die in infancy. If they are interested in using PGT to make sure that doesn’t happen, their IVF costs will run to around $20,000 per cycle, with an added $10,000 in custom lab work to identify which of their embryos will not have the disease.

For some families, these costs will seem a bargain. For less than the cost of a year at college, they can insure themselves against disaster. A wealthy family dogged by breast and ovarian cancer can rid themselves of this scourge in a single generation. If they produce enough embryos, they may be able to reduce their child’s risk of late-onset Alzheimer’s disease as well, or pick an embryo less prone to coronary artery disease. For other families, the cost will make IVF a nonstarter. Access may improve, but evidence to date suggests otherwise. In the US, just under 2% of all babies born are conceived using IVF, while in countries that offer public funds for assisted reproductive technology like Israel, Denmark and Belgium, it is two or three times that number. Forty years after its introduction in the US, IVF remains out of reach for a substantial portion of the American public.

The stakes are very high

It’s not news that there are inequities in the US healthcare system, and to some extent this is just another example. But when you consider the potential consequences of a world where only people of means can reduce or eliminate the threat of genetic disease, the stakes are very high. Certain genetic diseases have always occurred more often in specific populations, such as Tay-Sachs in Ashkenazi Jews. We can expect to see the burden of genetic disease disproportionately borne by discrete regional, cultural and socioeconomic groups — by and large, the most vulnerable.

This matters for moral reasons, but also for practical ones. Families with resources are rainmakers for disease communities, raising the profile of a condition that affects one of their own. They fund researchers and support groups. Families with fewer resources don’t have this power and are sure to lose out in ‘the disease Olympics’ (4), the zero-sum game by which funds are allocated for research and care.

And worst of all, these families may face a growing empathy deficit. A public that does not see their own loved ones as hypothetically at risk may not have the ‘there-but-for-the-grace-of-God-go-I’ impulse that prompts a compassionate response. Rather, they may feel that insulating their children from risk is a reflection of better parenting or better planning. Where society once saw misfortune, they may see instead malfeasance, and balk at the burden of paying for ‘other people’s mistakes’.

Laura Hercher is the director of student research at the Joan H Marks Graduate Programme in Human Genetics at Sarah Lawrence College and the host of the podcast The Beagle Has Landed. A longer version of this article appeared in The Nation on 23 August 2019.
Original text in English

Wherever you are in the world, you can subscribe to receive: