Sign up here for our daily coronavirus newsletter on what you need to know, and subscribe to our Covid-19 podcast for the latest news and analysis.

The first vaccines against Covid-19 aren’t just a landmark in the fight against the pandemic. They’re also the stepping stone for an unconventional technology that could one day defeat other ailments that have eluded doctors, from cancer to heart disease.

The shots from Moderna Inc. and a partnership of Pfizer Inc. and BioNTech SE use genetic material called messenger RNA to effectively transform the body’s own cells into vaccine factories. The approach had never been used outside of clinical experiments, and just how well it worked against the coronavirus stunned even some of its most enthusiastic backers.

Now, with one vaccine vaccine having gained U.S. clearance and the other close behind, the pandemic validation could wrench open a whole new field of medicine.

"We are now entering the age of mRNA therapeutics," said Derrick Rossi, a former Harvard University stem-cell biologist who helped found Moderna in 2010. "The whole world has seen this. There is going to be increased investment and increased resources."

In some ways, the global pandemic was the perfect proving ground for the new technology as deep-pocketed backers -- including Pfizer -- became more willing to take a risk. But the effort was only possible because BioNTech and Moderna Inc. had worked on messenger RNA for years.

The technology instructs cells to make any type of protein, transforming them into tiny production lines for drugs or vaccines. One major drawback is that messenger RNA is fragile, and must reach cells before the body breaks it down. In the coronavirus vaccine, that’s done by using a modified form of mRNA and coating it with fatty nanoparticles. 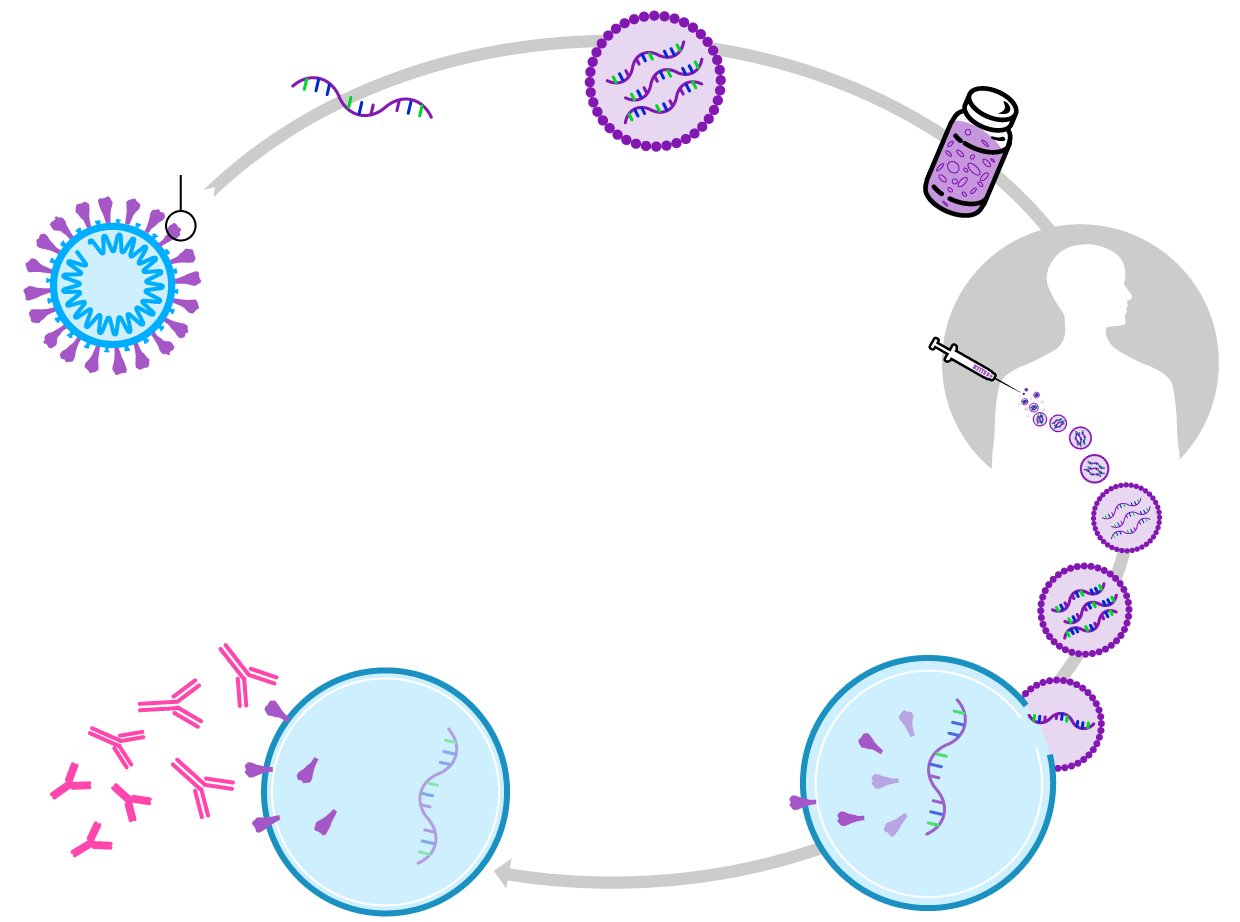 The RNA sequence, a blueprint for making the spike, is swathed in a lipid coating for delivery

Once it arrives, cells read the information in the mRNA sequence to produce millions of copies of the spike protein

BioNTech’s chief executive officer, Ugur Sahin, began studying the technology in cancer some two decades ago with his wife, Ozlem Tureci, an immunologist who co-founded the company. Sahin says his teams were able to move quickly on the Covid project by harnessing what they had learned from cancer-vaccine development.

The resulting ability to assess multiple candidates in parallel was "really beautiful," Sahin said in an interview.

The cancer field might see its first messenger RNA drug approvals in two or three years, according to Sahin. Rossi meanwhile predicts that virtually all infectious-disease vaccines will use the technology in a decade or two, in part because it’s much faster and cheaper. The scientist still owns Moderna shares, but he is no longer affiliated with the company.

There’s no guarantee they’re right. The risk of failure hangs over every scientific pursuit.

But besides cancer, mRNA companies like Moderna, BioNTech, Translate Bio Inc. and others are working to harness the technology for flu vaccines, a heart failure treatment, cystic fibrosis, a common pathogen called cytomegalovirus, and perhaps the biggest challenge of all: HIV, which has eluded vaccine researchers for four decades.

Stephane Bancel, Moderna’s chief executive officer, recalls warning his wife when he left an established diagnostics company almost a decade ago that his new employer had less than a 5% chance of success. But if they did, he told her, the upside would be massive.

"It is not going to be a one-drug company," he recalled saying in a telephone interview. "Either we fail and it is zero, or we succeed and it is an industry." 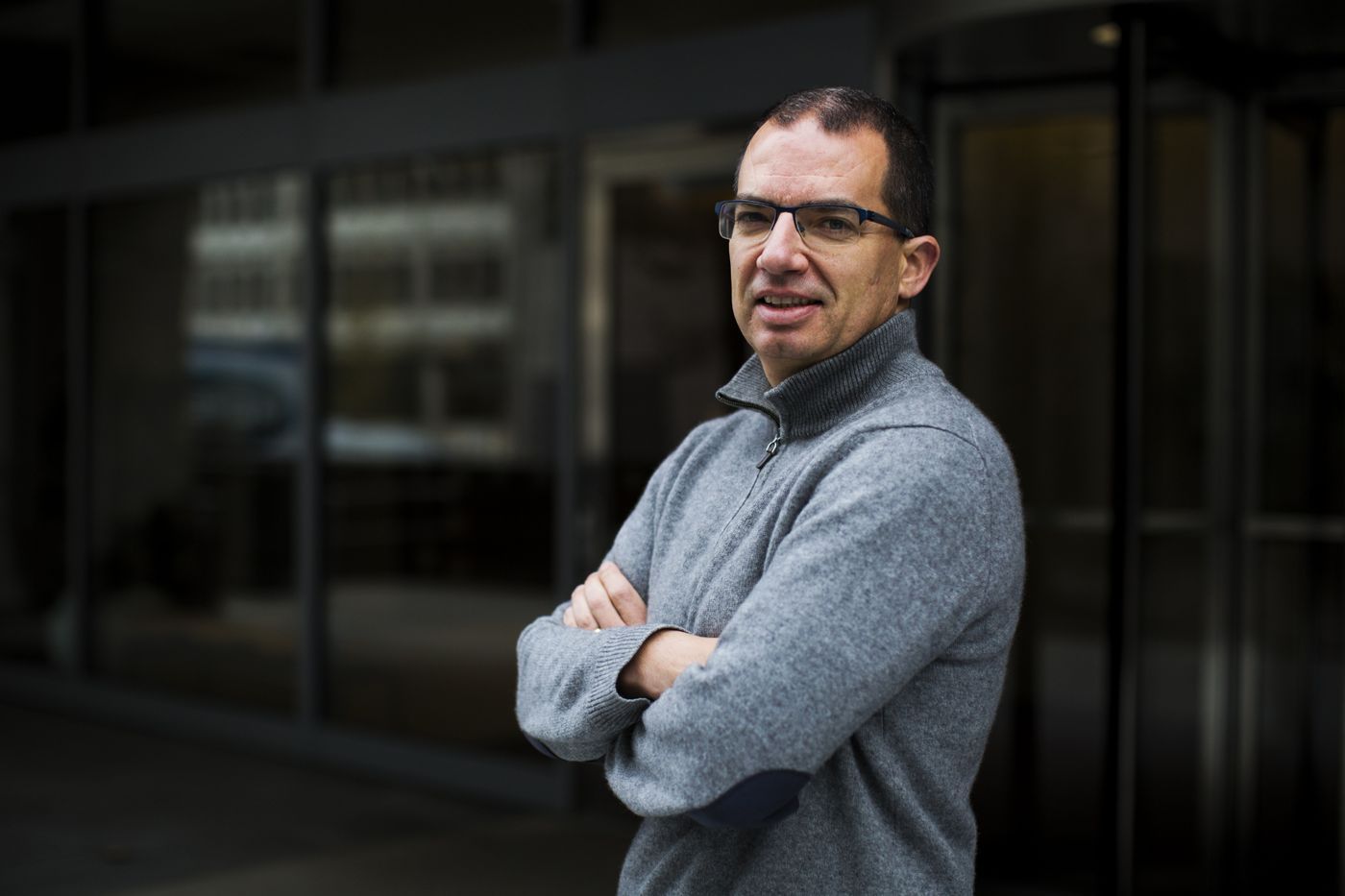 One relatively quick win for messenger RNA could be better vaccines for seasonal flu. Influenza kills as many as 650,000 people each year, and existing vaccines are often only partly effective because production needs to start about six months early, based on health officials’ educated guesses about which strains are most likely to circulate at that point.

The production could start later and involve less guesswork with mRNA. "If you got close to what the coronavirus vaccine is showing, that would be a major improvement," said Matthias Kromayer, a partner at MIG AG, an early venture capital backer of BioNTech.

And if people need periodic booster shots against Covid, the flu vaccines could be combined with a coronavirus booster to wipe out all winter respiratory viral worries in one shot, according to Moderna’s Bancel.

More importantly, messenger RNA may help produce vaccines against viruses that have evaded conventional approaches. After Covid, Moderna’s most advanced program is a vaccine against cytomegalovirus, which can cause birth defects when passed from pregnant mother to unborn child. Scientists have been trying to develop a shot against this virus for 50 years, but Moderna believes mRNA technology gives it an edge. Early results from mid-stage trials are promising, and final-stage trials could begin next year.

The company is also working on cancer vaccines with drugmaker Merck & Co. In a study with presented in November, a Moderna vaccine combined with Merck’s blockbuster immune drug Keytruda helped shrink tumors in 5 of 10 patients with of advanced head and neck cancer.

Besides Merck, other big drugmakers from AstraZeneca Plc to Roche Holding AG are getting involved. There is no doubt that mRNA will be an important method going forward, according to Severin Schwan, Roche’s chief executive. Roche, one of the world’s biggest maker of oncology drugs, is working with BioNTech on developing personalized cancer vaccines.

"The door is opened up here," Schwan said in an interview. "It’s reconfirmed now via Covid-19, because this is real clinical data. That’s a good reason to further invest."

Besides Covid-19, though, almost all of the mRNA drugs and vaccines remain at early stages of human testing. And while the recent success may bode well for other infectious-disease vaccines, the implications in oncology are less clear because cancer has developed numerous defenses to evade the immune system.

"We can’t just simply say that because we have seen the validation in the mRNA vaccine field, any other mRNA vaccine will also work," says BioNTech’s Sahin. "Every approach has to address different biological and medical challenges."

Most of BioNTech’s research outside of Covid is focused on cancer. There, the idea is not to prevent disease but to treat it. The company is trying several different approaches, with a view to finding telltale sequences on a person’s tumor and coding mRNA to tell immune cells how to attack those tumor cells.

The latest Covid updatesMake sense of the headlines and the outbreak's global response with the Coronavirus Daily.
Email
Please enter a valid email address
By submitting my information, I agree to the Privacy Policy and Terms of Service and to receive offers and promotions from Bloomberg.

The cash flow from the coronavirus vaccine success will enable the German biotech to push forward its patient trials in cancer as well. One of BioNTech’s cancer vaccines spurred strong responses and in some cases shrank tumors in patients with advanced melanoma in an 89-person trial published this summer. The first efficacy data from patient studies in cancer could come as soon as the end of next year or early in 2022, according to the CEO.

BioNTech is also working with the Bill and Melinda Gates Foundation on an mRNA approach against HIV, which has eluded vaccine researchers so far because the virus is able to hide within cells. Human tests haven’t started yet on the project.

Some potential future uses sound a little like science fiction for now. BioNTech is doing early research into whether mRNA can be used to reprogram cells for regenerative medicine. In the future, scientists may also be able to designed targeted nanoparticles that accumulate in particular types of tissue such as bone marrow, said Drew Weissman, an immunologist at the University of Pennsylvania who helped develop mRNA technology used in both the Pfizer-BioNTech and Moderna vaccines. That could allow doctors to treat genetic diseases such as sickle cell anemia with a simple intravenous injection of targeted mRNA therapy.

"It has enormous potential," Weissman said. "I can’t even make a list of how many different things it could potentially be used for."

Have a confidential tip for our reporters?
GET IN TOUCH
Before it's here, it's on the Bloomberg Terminal.
LEARN MORE