I squeezed my husband Matt’s hand as we walked in. He leaned over and whispered, "Are you sure you’ll be ok?"

Our friends Nina and Ben were expecting her fourth and fifth child in August and November respectively. A Leo and a Scorpio, exactly what Nina wanted. They were throwing a weekend long baby shower at her mansion in FIN (Floating Island Network)—the special economic zone that replaced half of Miami Beach after it sank. They were still in the process of picking names and wouldn’t announce them until they had secured all the domains and usernames.

Ben was the founder of the second largest (by market cap) public US-based industrial manufacturing company, and my husband, Matt, led his Series A 12 years ago. Around Ben’s IPO a switch flipped in his mind and he decided he wanted to start a family. Nina entered his life at the perfect moment and within a year they were married and had begun fertilizing and selecting embryos. Most of Ben’s friends met Nina on their wedding day. They couldn’t understand why such a private, humble, and brilliant man like Ben would choose to marry what seemed to be a public, shallow, and, to put it kindly, less intelligent supermodel. She was unlike anyone he had dated before. Instead of a Phd in some niche area of physics she had a perfect waistline and 460 million instagram followers. Together they started a slew of nonprofits and D2C companies that she used her platform to promote. She also used her influence to normalize—which to her meant glamorize—everything in her life, including the use of surrogates. Most people in her line of work had been using them for decades, they just hid it through AI-assisted photo and video editing.

This was the first time Matt and I had been to Nina and Ben’s new house. It was insane to say the least. Ben had given a blank check to some of the best architects, interior designers, and precision engineers to start building this house eight years ago. The living room alone took four years and upwards of $40M to perfect. It had a 270-degree view of the ocean and a floor that could transform. It was made up of thousands of upright robotic prisms, perfectly machined to have no seams. They were modulated by 20ft of motors, rods, and computers below the room, sort of like one of those old school Pinart/Pinscreen toys. There were no walls on the first floor, just variable-opacity smart glass that could retract into the ceilings. Some of the walls had displays, and today they were showing off AI generated images of what the babies might look like based on the DNA Nina and Ben selected, and a space to suggest a name for each different face.

After some light socializing we walked over to Nina. She waved as soon as she saw us. "Anna! and Matt! Welcome, it’s been so long, grab a drink" she paused "if you can of course" Matt looked at me to confirm that this wouldn’t set me off. "This house is incredible, and congratulations! is this baby 3 and 4?"

Our friend Martin, a prominent health tech investor and founder walked over with a small box and handed it to Nina. "A gift for m’lady." Nina put down her fifth glass of champagne and opened it.

"Aww Martin, you shouldn’t have!" She held up the tiny black baby onesie for everyone to see. It had gold sci-fi designs outlining the soft wiring, the wrists and ankles were gold with nearly microscopic sensors. The real IP was in the software though, it was able to predict health conditions, illness, and stress sources with more precision than anything else on the market.

"Is this the new baby health monitor? I thought you said it wasn’t coming out til Q3!"

"Everyone here is under NDA, right?" he chuckled, it was a vestigial phrase, NDAs stopped existing in 2032 when Supreme Leader Thiel took office. "It’s still in beta, but let me know what you think, I’m sending a few more in different sizes to your Malibu house for the tots too."

As I looked at the tiny onesie my eyes started tearing up against my will. "Stop. Be happy for your friend." I told myself but my mind wouldn’t listen.

I thought back to the moment two years ago when my doctor confirmed my infertility, the look on Matt’s face when I shared the news, and the two years of sporadic positive pregnancy tests that I could never bring to term.

I excused myself from the crowd and looked for some quiet space. The tears were building. I forced myself to hold it together. The last thing I wanted was anyone here to see me like this. I passed a few people in the hallways, faces I vaguely recognized. I prayed no one would recognize me or try to start a conversation. A door opened in front of me. One of Nina’s surrogates was leaving the bathroom.

Finally. Fuck. The tears started pouring as soon as the door shut. I watched my eyes well up and tears fall down my cheeks in the mirror. My face had more lines than I remembered. My mouth was open, my bottom lip trembling. I wanted to scream. I was trying my best to not make a sound but a few slipped out. I was still on IVF hormones even though Matt and I had basically given up on the idea of that being our solution. I hated myself. I hated my body. I hated that I was still attached to the traditional idea of motherhood. I felt completely alone. No one else was bothered by the fact that their children were carried, birthed, and brought up by other women. No one found it weird that their children learned multiple foreign languages before learning their native tongue, or that their children’s hobbies had no overlap with their own. It was something they incessantly bragged about. The idea of motherhood that I had grown up with was far gone. I don’t really know if it ever existed outside of my own fantasy.

Motherhood had become a status symbol, a check in the box nature begged us to check. It had transformed from one of the most selfless acts a human can do, to a selfish display of genetic and intellectual pride. Children weren’t viewed as individuals, they were seen as something to optimize. We’ve misappropriated principals they used to succeed in business, and applied them to a non-competitive, non-utilitarian act. I’m not against things like surrogates and nannies; I’m against the cultural shift of how we view parenthood. I don’t just want to pass on my genes, I want to pass on my heart, mind, and soul. I want to live in my children’s memories as more than just half their DNA and last name. I want to be fully involved in the journey of raising a human, not just the outcome. I want to learn from my children as much as they learn from me.

I pulled myself together and finally stopped crying. I wish Matt was here with me. He was right, I wasn’t emotionally ready for this. We had lost our last baby only two months ago. I grabbed some makeup and red eye drops out of my bag. Matt’s the most incredible selfless and kind person I know, he deserves to be a father more than anyone. It’s my fault he isn’t. I’ve romanticized pregnancy and motherhood since I was a teenager. Matt was always fine with hiring a surrogate, it was me who couldn’t let go of the idea of creating a life inside of myself. If we don’t conceive this year we’re going to use a surrogate and I have to accept it. I dried my eyes once more and pulled myself together.

There was a knock at the door.

I don’t know how long I had been in there. I opened the bathroom door and saw the same smiley surrogate that had left this bathroom earlier standing outside.

"Hi. Sorry, all the bathrooms were taken. This pregnancy is making me go every five minutes!" she said and laughed.

"I can’t imagine," I said, realizing how self loathing that statement was moments later. A message from Matt popped up in my view, "wya?" "come to the office. 3rd floor. There are some people I want you to meet."

Matt was sitting on a couch with one of his LPs, Frank, and six other people I didn’t recognize.

"There you are!" He said as I walked in and made space for me to sit next to him.

The office was large and full of natural light. The back of the room had desks, two tiny desks and computers meant for the toddlers. Every wall that wasn’t a floor-length window had a floor-length whiteboard on it. Below some of Ben’s workflow graphs and to-do lists were some colorful scribbles and doodles drawn by his kids and their nannies. The other side of the room had some couches where everyone was gathered.

I sat down. "They’re talking about Mars" Matt said. Apparently one of them had just returned from a two year residency at one of the martian agricultural labs.

"This hasn’t been announced yet, but they recently started working with cow fetuses," the martian said.

"Ah, so that’s why they sent up 30 biologists last launch" a voice in the group said.

"Why cows? Are they planning on doing methane capture?" I asked.

"Obviously so we can eat fresh steak on mars, I don’t know about you but I don’t wanna go petritarian when I get to mars" Frank joked. Petritarian is what we call people who don’t eat meat unless it was grown in a lab.

"How does that work? Are they using wombtanks?" I asked

"I think they augmented some PreMe tanks but I really can’t share anything else about this."

PreMe, a china-based artificial womb company. They’ve existed for 6 years but still haven’t brought anything to market due to regulations and a few PR messes that almost killed them.

"Oh yeah, we invested in them" Matt said and then opened his inbox and searched for "PreMe"

"Didn’t that company do a bunch of fucked up human experiments?" a voice in the group asked

I glanced at his phone.

"April 2042 Shareholder update email" He scrolled too fast for me to read anything.

His eyes widened as he read it, "oh wow"

"I’ll tell you later," he put his phone back in his pocket.

By Hypothesis Hoe · Launched 2 days ago

002 m'Arkalternative title: "What The Fuck Is Wrong With Me"
Hypothesis Hoe
Aug 24 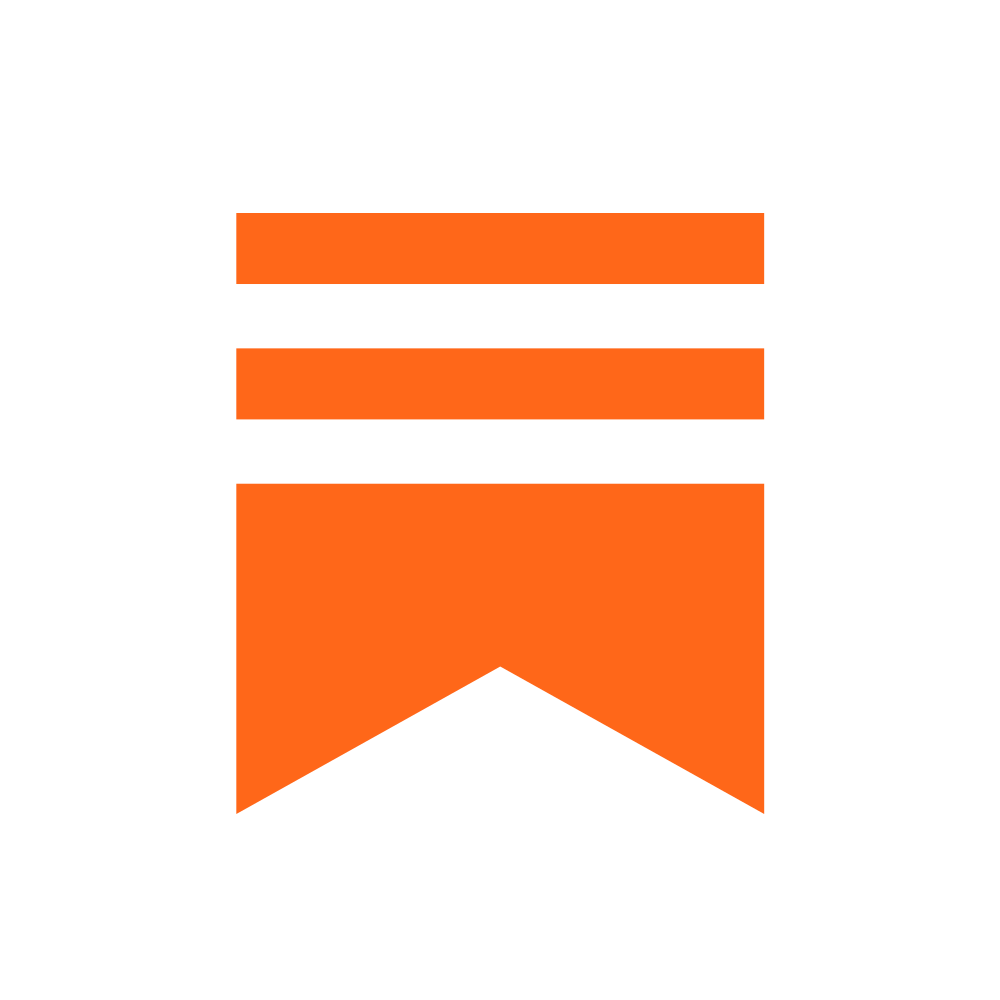 Get the app
Substack is the home for great writing