Based in Cartagena, it will be Latin America's first free zone under English Common Law 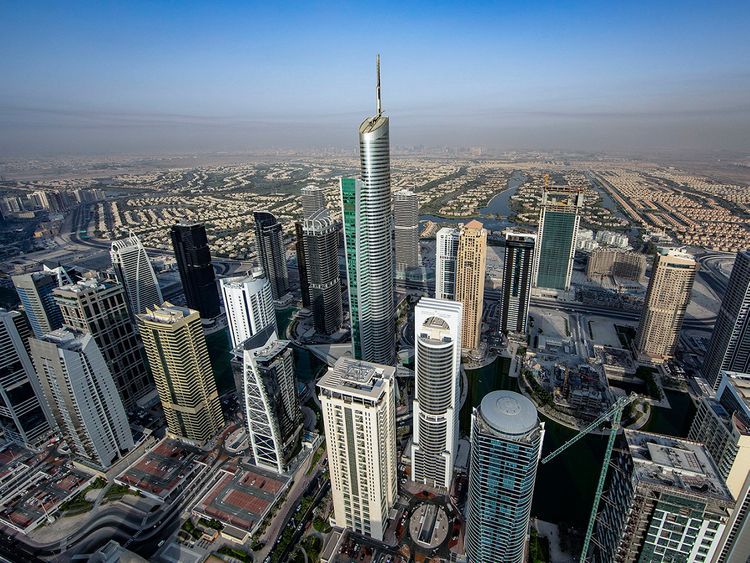 DMCC has built quite the track record in the minerals and commodities trade and in the last three years has been a choice destination for new businesses entering the UAE. It was among the first free zones to bring in crypto firms. Image Credit: Supplied

Dubai: After DP World, another Dubai enterprise – DMCC – is taking its free zone development credentials overseas, with the setting up of a trade hub in Cartagena de Indias, Colombia.

The free-trade designated territory will be a ‘Common Law’ district based on English regulations. This will help create an international business platform with benefits such as ‘balanced arbitration facilities, incorporated country risk insurance, global trade networks, and access to capital’.

Once established, the Cartagena International Commerce Zone will become Latin America’s first Common Law District Arbitration Centre. For DMCC, the Colombia move represents a major international foray. Its track record has been solid in the precious metals space, with DMCC emerging as a centre for diamond trade and auctions.

"As the world’s fastest growing free zone with over 20,000 registered companies, DMCC is thrilled to partner with UVentures to establish a trade hub and free zone free zone in Cartagena de Indias, Colombia," said Ahmed Bin Sulayem, Executive Chairman and CEO in a statement. "This will shape the future of trade by creating a new virtual and physical trading corridor between Colombia and Dubai, while supporting the national strategic objectives of Colombia and unlocking its enormous growth opportunities." 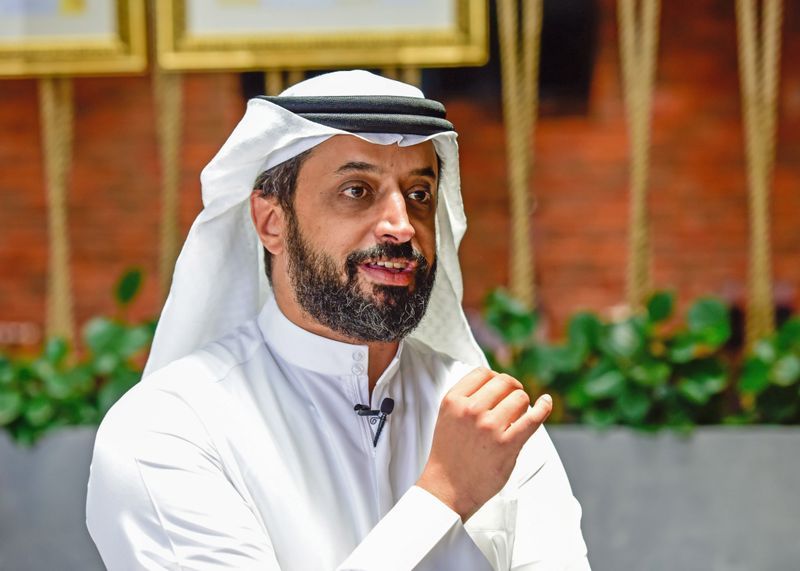 Interestingly, Dubai and Dubai owned enterprises have been making good on a determined push into Latin American markets. DP World operates ports and terminals at some of the high-volume facilities on the Continent.

As per the MoU, the 'Cartagena International Commerce Zone' will be developed and operated in a partnership between DMCC and Dakia U-Ventures (UVentures), in collaboration with federal and national government entities of Colombia. UVentures is an international investment holding company specialised in macro-scale projects.

"DMCC’s regulatory trade environment and free zone model shaped over 20 years is the blueprint for global market connectivity and growth. This will be instrumental as we partner to develop a new world-leading free zone that drives FDI between two extremely dynamic markets."

This project has all the elements to be a worldwide success, posing a historical opportunity for the country to expand its international presence, and for Latin America to develop a leading financial & commercial hub referent amongst global capital markets 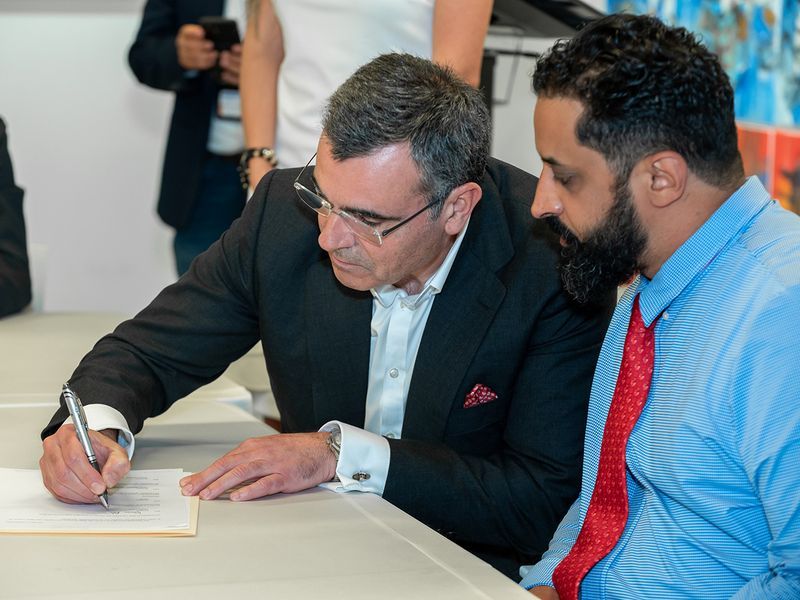 Ahmed Bin Sulayem of DMCC and Xavier Adserà with UVentures sign up for the new free zone in Colombia. Image Credit: Supplied
Sign up for free to the Daily Briefing

Get the latest news and updates straight in your inbox. 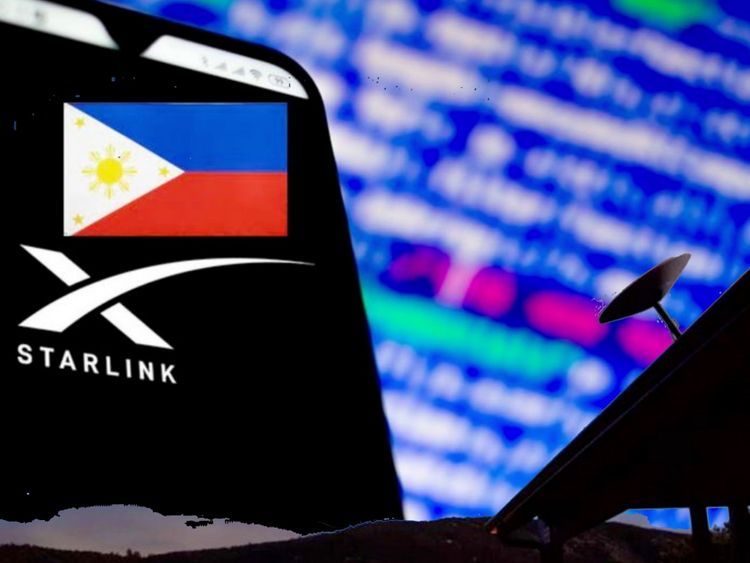 Starlink is comprised of over 2,000 operational satellites already in orbit. The network is expected to launch up to 40,000 LEOs. A new law allowing 100% foreign ownership of key industries in the Philippines has prompted Space X’s Starlink, the global satellite internet company controlled by Elon Musk, to rollout its service in the Asian country. Manila's telecom industry regulator granted was granted on Friday (May 27). Image Credit: Shutterstovk / Gulf News

The Philippine’s National Telecommunications Commission (NTC) has given a green light to Starlink Internet Services Philippines Inc. (Starlink), a subsidiary of Elon Musk’s SpaceX, on Friday (May 27).

The regulatory approval — given in record 30 minutes following the filing of application papers — covers the construction and operation of telecommunications value-added service facilities, according to the official news agency. 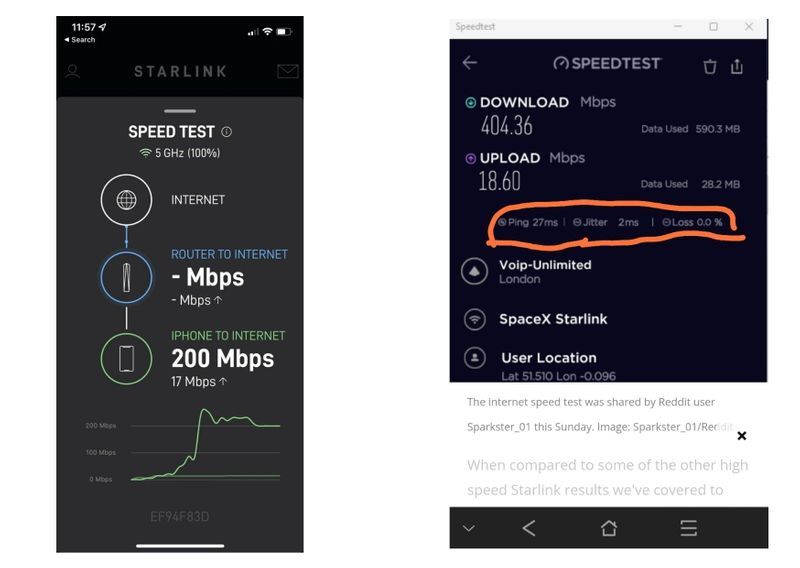 Subscribers are provided a small dish that communicates directly with satellites in low-Earth orbit. Starlink’s service is expected to go live before June 30, 2022, according to a senior government official. 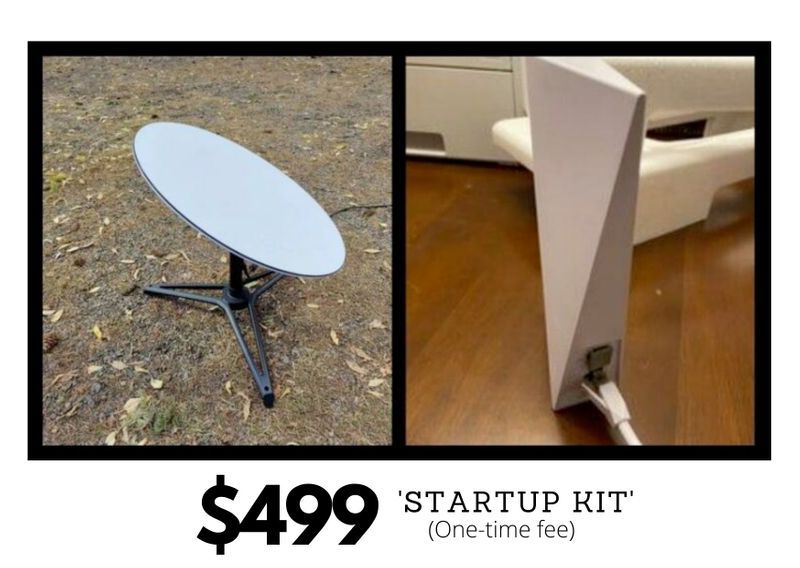 Starlink currently has 400,000 subscribers across 36 countries. Many have tried to use the service in motion.

Michael Sheetz
@thesheetztweetz
·
May 23, 2022
SpaceX rolled out "Starlink for RVs" for $135 per month, which "provides the ability to pause and un-pause service at any time and is billed in one-month increments." Notably: "Starlink for RVs is not designed for use while in motion." https://starlink.com/rv 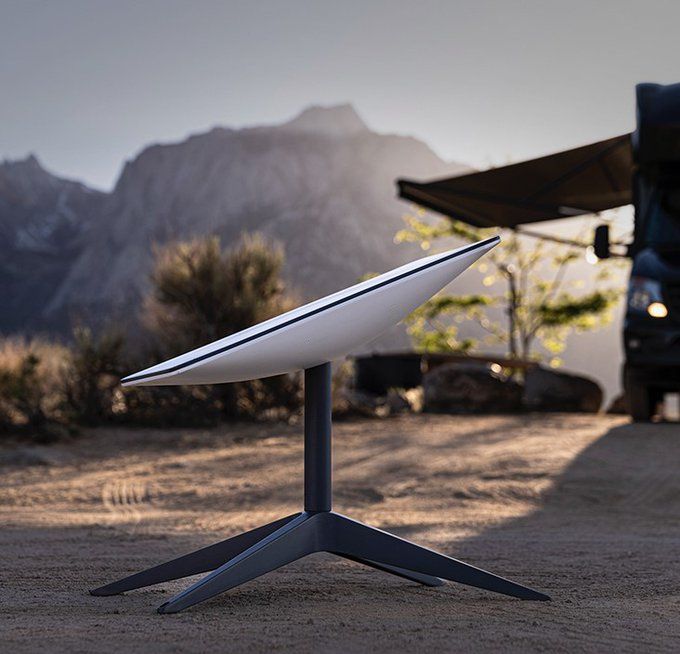 Elon Musk
@elonmusk
Starlink does work on vehicles in motion, including planes, but not yet reliably
9:18 AM · May 24, 2022
22.6K
Reply
Copy link
Read 1K replies

The move allows Starlink to register as a Philippine business entity, the first such service to operate in South-East Asia.

This allows Musk’s company to link the country of 110 million people with the rest of the world via satellite-based broadband web service for $110 per month (after paying $599 for a "starter kit").

$110 monthly subscription
> Starlink reportedly increased prices for both the kits and for the monthly service fee — the subscription will be $110 per month; the kit will now cost $599 — during to "rising inflation".> Anyone who put down a deposit for the original $499 kit will have to pay $549 instead. > It’s not immediately clear if the higher rates now also apply to the Philippines.

This allows customers in the country — which theoretically covers its 7,641 islands — to have direct access to the world, thus bypassing local service providers.

This is a much-awaited move. A number of Filipino subscribers have already signed up for Starlink services as early-movers even before the company obtained a licence.

It is understood that Starlink Philippines will be fully-owned by Musk’s US-based entity.

"The NTC is steadfast in helping ensure that roll-out of Starlink’s internet access services will be done expeditiously and professionally," Cordoba said.

It offers "low-latency", and high bandwidth — which translates to higher speeds and less interference, compared to terrestrial-based communication system, which can be knocked down by bad weather.

The Philippines, west of the Pacific "ring of fire", is visited by several typhoons a year.

The move could be an equaliser for the archipelagic country — as video calls, online gaming, streaming, and other "high data" activities that were previously difficult with regular terrestrial-based internet would now be available in remote areas of the country.

SpaceX's lawyer, Bien Marquez lauded the NTC for its "prompt action," citing that Starlink’s VAS license was issued 30 minutes after their submission of registration and complete requirements.

"This shows the government’s seriousness in addressing the connectivity needs of our country in unserved and underserved areas. This will also prepare us in the event of natural disasters and calamities," Marquez told Philippine media Friday.

In Brazil, 19,000 rural schools has been contacted to the world with high-speed internet by Starlink. The service is also being used environmental monitoring of Amazon.

Elon Musk
@elonmusk
Super excited to be in Brazil for launch of Starlink for 19,000 unconnected schools in rural areas & environmental monitoring of Amazon!

Ramon Lopez, Department of Trade and Industry Secretary, earlier said that Starlink will jumpstart its operations before the end of President Rodrigo Duterte’s term on June 30, 2022. 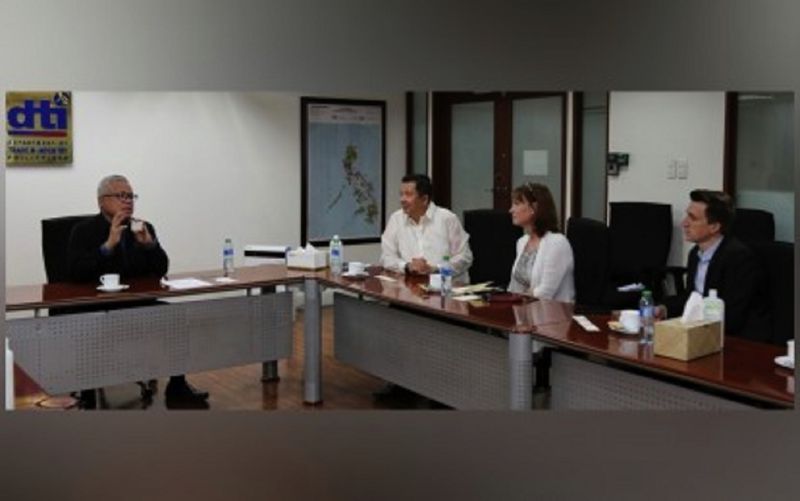 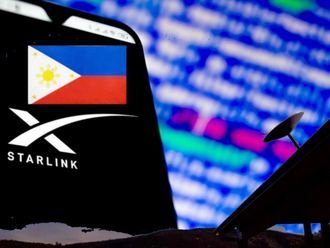 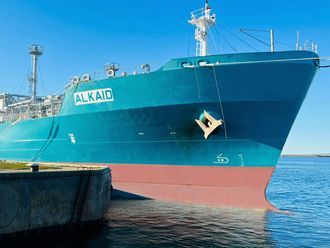 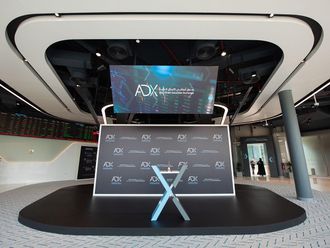 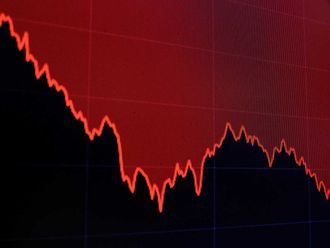 Go back to top
Network links:

Find us on Social

We’ll send you latest news updates through the day. You can manage them any time by clicking on the notification icon. 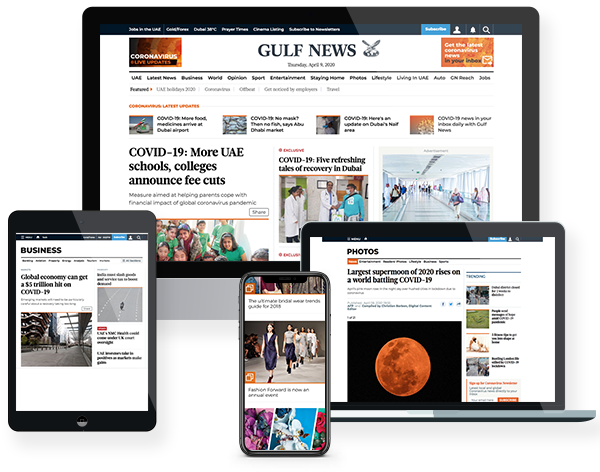 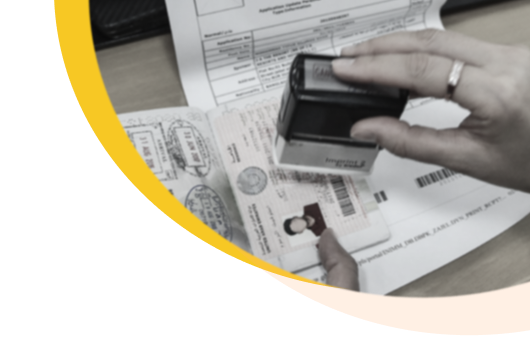 This section is about Living in UAE and essential information you cannot live without.

Register to read and get full access to gulfnews.com

Create your account
or login if you already have one