The report, issued by the Strategic Affairs Ministry, found more than 100 links between Hamas and the Popular Front for the Liberation of Palestine and the BDS movement. 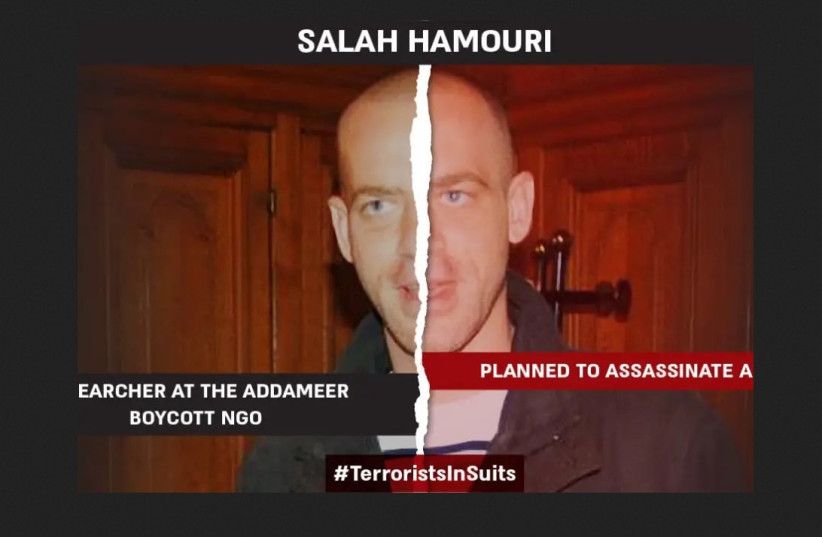 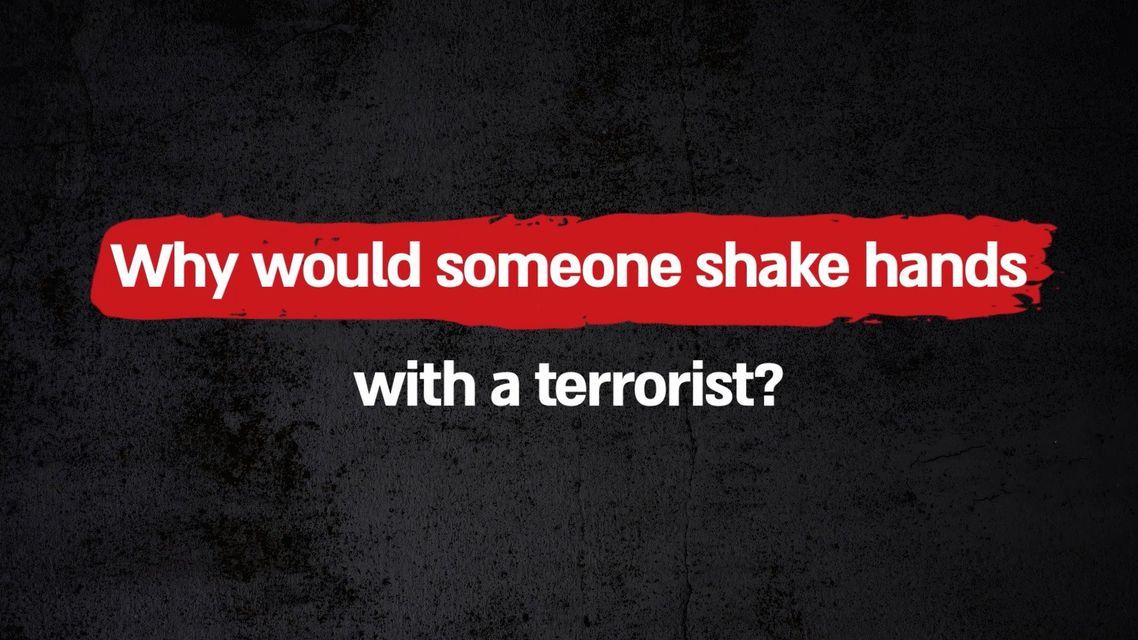 The #TerroristsInSuits Exposed
The Jerusalem Post / JPost.com
·
Follow
app-facebook
Facebook Watch
Copy
Learn more about embedding Facebook videos on our developer site.
Embed Code
Share
There are more than 100 links between the internationally-designated terrorist organizations Hamas and the Popular Front for the Liberation of Palestine (PFLP) with NGOs promoting the anti-Israel Boycott, Divestment and Sanctions (BDS) movement, some of which receive funding from European states and philanthropic funds, a new report by the Strategic Affairs Ministry has found.More than 30 members of Hamas and PFLP hold senior positions in BDS-promoting NGOs, the vast majority of whom have been in prison for terrorism-related crimes, including murder, and maintain active ties with the terrorist groups. Public Security Minister Gilad Erdan said the research "reveals the true nature and goals of the BDS movement and its connection to terrorism and antisemitism.""When people talk about the goals of the BDS movement, they don’t bother to read official statements from its leaders," Erdan lamented. "If you do, it becomes clear that the goals of its leaders are the same as those of the leaders of Palestinian terror organizations. BDS rejects Israel’s right to exist as a Jewish state within any borders. They want to see Israel wiped off the map.""Promoting boycotts is [just] a different means to achieve this goal," he added. 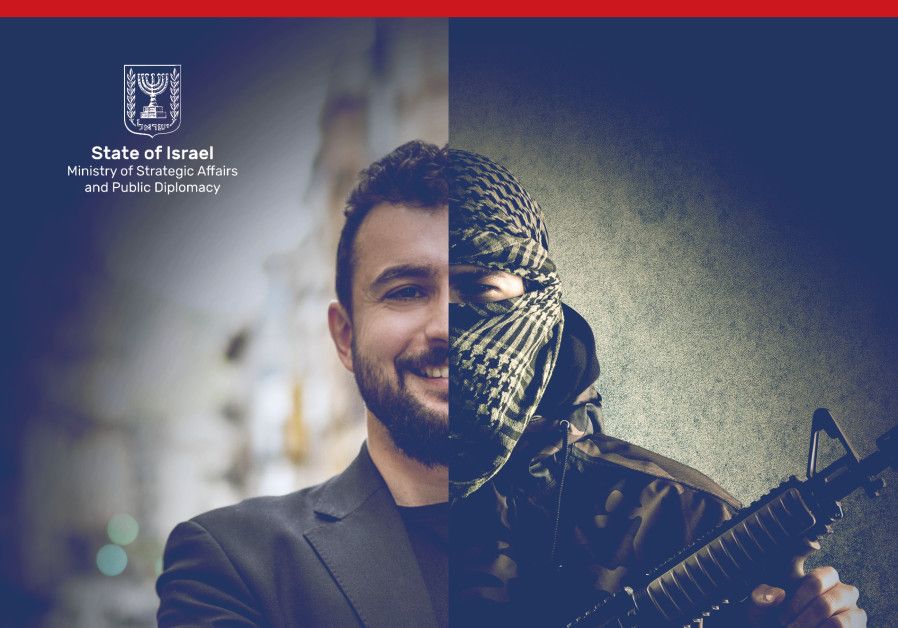 Cover of the Strategic Affairs Ministry's report on links between BDS and terrorism. (Courtesy)
One such example is Laila Khaled, a PFLP member infamous for hijacking two civilian planes in 1969 and 1973, who was found to have planned terrorist attacks in Jerusalem as recently as 2011, and called for "armed struggle" against Israel last year. She continues to actively fundraise for BDS organizations in Europe and South Africa. Another example is Rani Sourani, director of the Palestinian Center for Human Rights and also a PFLP operative. His organization releases weekly reports calling to boycott Israel and received $1.5 million of European funding in 2014-2017. Sourani and Iyad al-Alamo, director of the Palestinian Center for Human Rights’ legal department, provided legal aid and advice to Hamas as recently as 2017.Salah Hammouri – a convicted PFLP terrorist who attempted to assassinate former chief rabbi Ovadia Yosef in 2005 and was released as part of the deal to free Gilad Shalit from Hamas captivity – is a field worker at Addameer, an organization promoting BDS.Mustapha Awad, a Hezbollah-trained PFLP member, is part of the US-based NGO Samidoun, which coordinates with the PFLP to secure the release of Palestinian terrorists from prison, and supports BDS and the ongoing riots on the Gaza border. He has since been arrested for facilitating terror funding and ties with Hezbollah.There are people who "by day fill senior positions in NGOs that promote BDS, and by night are members of terrorist groups," Erdan said. "These are people who were formerly active members of terrorist groups and now recruit other members into their NGOs."The BDS National Committee (BNC), the Ramallah-based leadership of the global boycott movement, includes the Palestinian National and Islamic Forces, which includes Hamas, PFLP and another internationally-designated terrorist organization, Palestinian Islamic Jihad. The American fundraising platform DonorBox suspended the BNC’s account after finding it maintained ties to terrorist groups.Among the organizations around the world that maintain connections with PFLP and Hamas members is the boycott-promoting American Muslims for Palestine, which has many staff and board members who previously worked at the Holy Land Foundation, and the Islamic Association for Palestine – two groups shut down for funneling funds to Hamas.The European Coordination of Committees and Associations for Palestine operates out of Brussels. Awad of Samidoun worked with ECCP to bring Khaled to meet members of the European Parliament in 2016. BDS South Africa, which has ties with the country’s leading party, the African National Congress, brought Khaled to Pretoria to help with their fundraising efforts; they have campaigned to release PFLP operative Bilal Kaid from an Israeli prison, where he was serving time on two charges of attempted murder. Erdan said that, "there are members of Hezbollah walking around European parliaments, presenting themselves as civil-society activists, while working to release terrorists."The minister concluded that BDS is "a parallel and complementary track to terrorism."Erdan plans to share the report with the International Homeland Security Forum, which includes officials holding roles similar to his around the world."We call on them to examine terrorist ties of NGOs operating in their countries," Erdan said. "I am calling on all governments, EU institutions, philanthropies, banks and fundraising platforms to end all support for organizations linked to terror."Read the full report
Tags pflp

Israel has the potential to lead impact innovation - opinion

Why the Eurovision is more than just a song contest - opinion

Is Israel's neutrality in the Russia-Ukraine war immoral?

By AMOTZ ASA-EL
Most Read
1