What is a Creator Town? 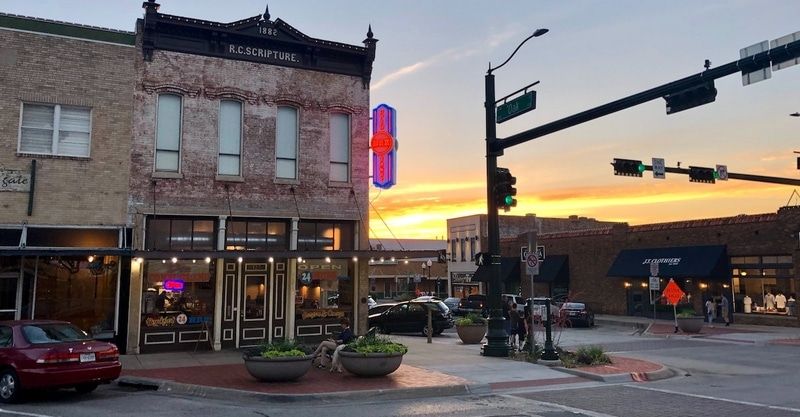 The Creative Class has generated an incredible amount of wealth, and stands to create much more.

But historically, the work of the creative class has required concentrating talent in major cities. There are very few billion dollar companies built outside of a select few metro areas, and even fewer built with remote teams. As Richard Florida predicted in "The Rise of the Creative Class," knowledge workers flocked to major metropolitan areas to seek better jobs, driving the growth of cities like San Francisco, New York, and Chicago.

That concentration has turned most small towns into what Enrico Moretti calls "talent exporters." Young people leave for college and then take jobs in big cities, rarely bringing their new wealth and knowledge back to where they grew up.

But for the first time in history, we no longer need major cities for knowledge work. Three forces have changed how individuals can generate wealth in the 21st century:

1. Remote work has become the new standard. More founders would now start a company remotely over any major city.

2. Individuals can independently create greater wealth than ever before through personal leverage.

These forces will drive the relocation of wealth and talent from major cities back to small town America, and radically change the work and life of people across the country.

These forces are what make Creator Towns possible.

So What Is a Creator Town?

A creator town is one whose primary source of new wealth is the creative class.

Instead of small towns relying on single industries like steel or tourism to bring new wealth to the local economy, they can recapture the wealth generation that has been concentrating in major cities for the last 50 years.

Knowledge workers can move to a small town, bring their location-independent incomes with them, and help shift the town from a talent exporter into a Creator Town. And people who grow up in small towns can join the Creative Class without ever leaving, bringing even more money and opportunities for new business into the town.

Digital nomads gave us the first hint of a mentality that became more widespread in 2020. If you don't need to be in a big city to make a lot of money, why not find a better lifestyle elsewhere? Living in small spaces divorced from nature and community is a price many of us have paid in pursuit of higher paying jobs. But once you can make your money anywhere, that downtown life isn't so attractive anymore.

Until 2020, this realization was reserved for lifestyle entrepreneurs and freelancers. If you worked for a big company, you needed to be in their city. But now that expectations for colocation have loosened, knowledge workers around the world can leave their densely packed urban homes for a community oriented, smaller town lifestyle many of them yearn for.

Ingredients for a Creator Town

What we need to make Creator Towns is simple:

A Desirable Location. This could be a geographic feature like beaches or mountains, but it could also simply be a walkable small town vibe within an hour of a major city.

Fast Internet. To be a Creator Town, fast WiFi will be a must. At least 30-50 mb/s. This is easy in major cities, but many smaller towns still struggle to offer speeds above 10. Starlink will democratize this eventually, but small towns could invest in better infrastructure before then.

A YIMBY Attitude. There will be towns who push back against creative class members moving into their communities. It will be presented as a noble resistance to change, but those towns will end up cut off from the creative economy and slowly die. Their younger residents will move to pro-growth towns where the new jobs, housing, and infrastructure will be built. But towns who adopt a Yes-In-My-Backyard attitude towards building Creator Towns could experience a renaissance never seen before.