In 1091, Count Roger of Sicily raided the island of Malta, then under the control of the Fatimid caliphate, and secured the release of Christian captives there. Rather than observing the customs of conquest and forcibly resettling the prisoners, he let them choose between returning to their homes (many were Greek) and taking up residence in Sicily. There, he promised, they would be free to work their land as tenants, unchained from the burdens typical of medieval enserfment, such as servile dues and obligatory labor in the lord’s demesne.

Roger’s effort to attract, rather than enserf, new residents was unusually progressive for the time, but historian Richard Bartlett claims that it became common as western Europe expanded during the High Middle Ages. By offering people rights and opportunities, nobles could quickly attract voluntary migrants to new settlements, raising the productivity of their land and earning commensurately higher rents. Migrants who chose to move to the new settlements could improve their status, gaining improved legal rights, hereditary tenure as rent payers, and temporary exemptions from rents and military duty while they cleared land and built houses.

A related start-up dynamic played a role in colonial America several centuries later. To settle a debt, King Charles II gave William Penn dominion over Pennsylvania, a territory named for Penn’s father. The younger Penn was free to write the territory’s charter—its constitution—and to experiment with the very ideas that made him unpopular in his rigidly Anglican homeland. Penn’s charter provided one of the first legal guarantees of freedom of religion and was also the first constitution to allow for an amendment process. Because people valued religious freedom, the new charter attracted many new residents, and the city of Philadelphia grew rapidly.

Similarly, nineteenth-century settlements on the American frontier lured residents by experimenting with new rights and economic opportunities—particularly for free women, who secured a number of rights before their counterparts back east did. These included jury participation, the pursuit of higher education, and the ownership and management of property.

Today, human beings have an opportunity to re-create the frontier conditions that give people new and better options. What’s more, we can do so without the use of conquest or coercion. If some societies are unable to establish rules that guarantee safety and job opportunities for their citizens, people should have the chance to opt in to places with better rules, as the Quakers could when they left Europe for Pennsylvania. A way forward would be to follow a modern version of Penn’s example: using unoccupied land to charter new cities. These cities would compete for migrants; in fact, their leaders would have to design and enforce rules that made the cities attractive places, where people could find employment, send their children to school, and live without fear of violence, crime, and preventable illness.

The establishment of a charter city would involve three distinct roles that one or more national governments could fulfill. A host country would provide land; a source country would provide residents; and a guarantor country would provide the assurance that the new city’s charter would be respected and enforced. All three roles would be entirely voluntary. Only countries that wanted to charter new cities would free up the land to do so; only people who wanted to migrate there would do so, and they would remain free to leave at any time.

The ways in which these roles were filled could vary depending on the situation. For example, India—a country whose urban population will grow by 600 million over the next 40 years—is already starting new cities and assuming all three roles of host, source, and guarantor. China did much the same thing in establishing special economic zones, such as the one containing the city of Shenzhen, which has grown from roughly 30,000 people to 10 million in just a few decades. New cities are set for development in at least five Indian states. These cities will likely cater to high- and middle-income residents, but if India builds many more, developers and civic leaders will be forced to compete for the hundreds of millions of lower-income families that want to leave rural areas.

Unlike India, however, many governments—particularly those with a history of political instability—cannot credibly commit to the long-term security of prospective residents. Further, these governments have a hard time convincing potential firms and investors that their investments would be safe from regulatory takings. Even reform-minded leaders may not be persuasive: Who knows whether future leaders would adhere to their reforms? 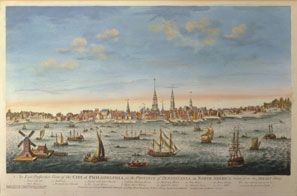 But political risk needn’t stand in the way of creating better choices for the world’s urban migrants. Suppose the government of a less developed country wants to start a new coastal city. That government could fill the roles of host and source, providing a city-size piece of uninhabited land and giving its citizens, and perhaps those from neighboring countries, the option of moving there. Then the government could partner with another country—or a group of countries—that would serve as guarantor. The guarantor country would ensure that the newly chartered city’s rules were respected and enforced. It would also promise objective, neutral enforcement of contracts between the host government and foreign investors.

Such guarantees for investors would be particularly important because foreign investment could play a huge part in the growth of new cities. A great advantage of charter cities is their freedom to choose rules that would be very difficult for the entire host country to adopt. New rules could generate beneficial competition by allowing private firms to participate—along with, or instead of, public agencies—in the construction, maintenance, and even operation of city infrastructure, such as electrical grids, streets, mass transit, and airports. Take the provision of safe water: global companies would jump at the chance to earn a decades-long stream of income from regulated user fees; those fees, meanwhile, would be cheaper than the often exorbitant prices that slum dwellers pay for clean water. Because an effective guarantor can ensure that all sides stick to the deals that they negotiate in the beginning, direct investment from private infrastructure developers could speed the growth of new cities and generate large gains for everyone.

The biggest threat to a newly chartered city would be weak governance, which could fail to stop the kind of investor holdup or regulatory taking that can slowly kill a project. Abuse of monopoly power by infrastructure providers, use of regulatory authority to extract bribes or weaken competition, political collusion with organized criminals, and tax evasion—infractions like these may seem petty, but they can stunt the growth of a new city and keep people from realizing the feasible gains from cooperation. The guarantor must provide a neutral legal system that sends clear and public signals when these violations occur. Such signals can deter bad behavior simply by holding firms, the host government, and city authorities accountable. Public arbitration in such a system can also reduce the possibility of conflicts that might otherwise lead to armed confrontation between city authorities and the host government.

Despite the importance of the guarantor in ensuring respect for the rule of law, charter city residents would carry out the majority of administrative activities. Think of the African country of Mauritius, which uses the Privy Council in the United Kingdom as its final court of appeal. That doesn’t mean that Britons carry out the day-to-day administration of law and order in Mauritius; it simply means that Mauritius makes use of Britain’s external credibility.

While international firms that collect fees for their services could provide much of a new city’s infrastructure, the city’s development authority would still have to finance certain public services—police, firefighting, border security, regulatory agencies, and courts, for instance. Many cities rely on income, consumption, or property taxes to fund such operations. But charter cities might employ an interesting alternative: making long-term leases to private developers. The leases would contain mechanisms that adjusted rent upward as land values rose. This arrangement wouldn’t merely provide income for the city government; it would also give that government a strong incentive to keep the city an attractive place to live and work because its revenues would depend directly on the value of the land.

After a time, the residents of the charter city and the citizens of the host country might vote on whether to return the city to the control of the host government. An agreement might stipulate that the city’s charter remain in effect after the host government assumed control. But without a reunification proposal accepted by both sides, the existing arrangement would remain in force.

During the twenty-first century, more urbanization will take place than during all of human history. Both the global population and the fraction of it living in cities will reach their peaks, as 3 billion to 5 billion people join the 3 billion who already call cities home. That staggering urban growth will be strongest in the developing world. If the existing cities there simply grow by accretion, many people will end up in dangerous slums.

Brandon Fuller is the content director and strategist for Charter Cities, a research nonprofit focused on the interplay of rules, cities, and development.

Paul Romer is the Henry Kaufman Visiting Professor at New York University’s Stern School of Business, a senior fellow at the Stanford Institute for Economic Policy Research, and the founder of Charter Cities.

City Journal is a publication of the Manhattan Institute for Policy Research (MI), a leading free-market think tank. Are you interested in supporting the magazine? As a 501(c)(3) nonprofit, donations in support of MI and City Journal are fully tax-deductible as provided by law (EIN #13-2912529). DONATE

The Flaw in de Blasio’s "Flood the Zone" …

Palm Beach Is Still in Season

Will it become a year-round community?

John O’Hara’s writing has fallen out of literary fashion, but it retains its power to …

Policing as a Profession: A …

We must not forget our forebears’ sacrifices.

And let us reflect on the threats to liberal democracy.

The Inspiration of the Declaration of …

Speech given at Philadelphia, July 5, 1926
What do you think?
0 Responses

Topical and respectful comments are welcome. All comments will be held for pre-moderation.

Start the discussion…
Like this article?
Subscribe to City Journal to receive daily updates of the latest articles delivered straight to your inbox.
Hide this message
Be the first to comment.
Sign up for Email Alerts 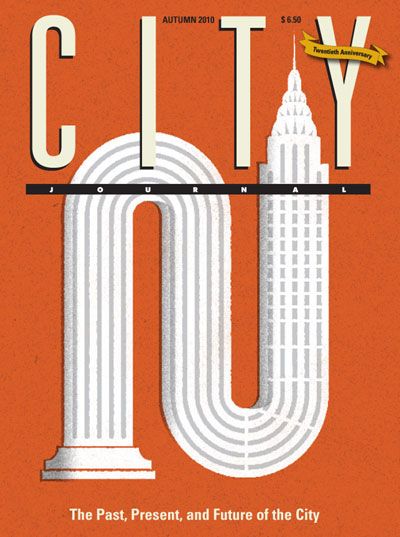 Give Charter Cities a Second Look

Give Charter Cities a Second Look

eye on the news

If Virus Tests Were Sodas

Paul Romer A simple thought experiment illustrates why we don’t have the testing capacity that we need—and how we could solve the problem.
eye on the news

How to Avoid an Economic Catastrophe

Paul Romer, Brandon Fuller A dialogue on protecting against the coronavirus while getting Americans back to work
video

eye on the news

Steven Malanga A crucial shift in retirement savings helped a generation salt away trillions.
eye on the news

Robert VerBruggen In some American cities, regulation costs homebuyers hundreds of thousands of dollars.
eye on the news

The Case for Small Towns

Addison Del Mastro A uniquely American place can bring down housing costs for families, if we can restore the conditions that made them possible.
Up Next
eye on the news