I’m Jordan Schneider, Beijing-based host of the ChinaEconTalk Podcast. In this newsletter, I translate and analyze articles from Chinese media about tech, business, and political economy.

I’m opting for a tipping model to support this newsletter which you can sign up for on Substack or Patreon. The money will go toward compensating ChinaEconTalk contributors who represent the next generation of China analysts.

This week’s podcast with Weijian Shan, chairman and founder of PAG Group, was special. Growing up in the Cultural Revolution, he was sent from Beijing to the Gobi desert where he spent six years planting potatoes. He was one of the first Chinese nationals to move to the US for school, ultimately studying with Janet Yellen and working as a professor at Wharton before moving back to Asia to work in private equity. Shan reflected on the Cultural Revolution and its legacy, US-China relations, and the Hong Kong protests. 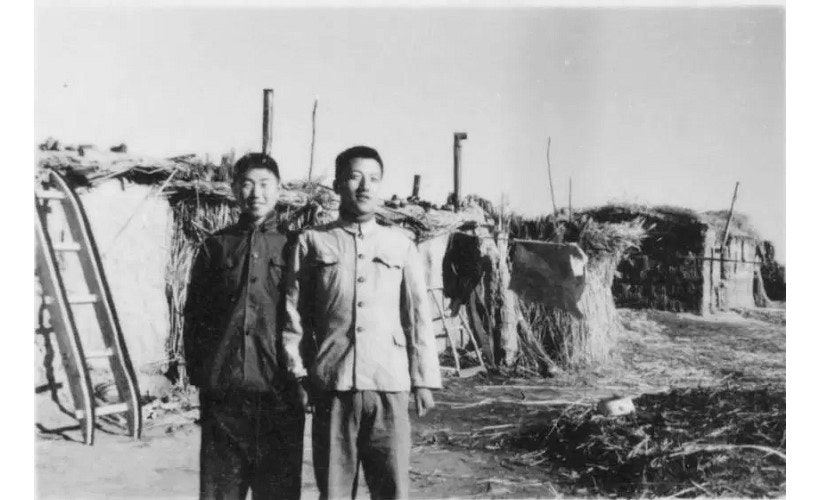 My following column on Microsoft vs Kingsoft first appeared in Technode.

In late November, 30 years after its founding, Kingsoft’s software business hit the Shanghai STAR market (a NASDAQ spinoff). It raised $640 million and currently trades at a $10 billion valuation. Westerners—and even many Chinese familiar with its products—regard it as simply another knockoff Chinese firm whose WPS Office is little more than an off-brand Microsoft Office suite.

But an anonymous Chinese blogger tells us why Kingsoft’s story matters. Sister Dan Dan writes in an article on "The hidden history of WPS’s years on the market," that Kingsoft: "because of WPS, they forced Microsoft to really fight not only for China but also the global market of office products." Kingsoft’s early missteps in its fight with Microsoft are one of the great what-ifs in Chinese tech history, and its rebound is nothing short of remarkable.

"There is a company that fully deserves to be known as the Whampoa Military Academy of the Chinese programmer," she writes, referring to the legendary academy that trained the first commanders of the Red Army.

WPS’ origin is the stuff of legend. In 1988, Qiu Bojun spent over a year in seclusion, writing 1.25 million lines of code to singlehandedly create the first Chinese language word processor. This DOS-based software by 1993 had 95% of China’s market share.

Yet, as Windows 3.0 hit the market, Kingsoft saw the writing on the wall. Realizing that Chinese users would soon be shifting from DOS to Windows, Kingsoft made a big bet on a new product called Pangu, putting all their R&D into an office management software that took three years to develop and only sold 6,000 copies. In the meantime, Microsoft invested its energy in a Word feature set that surpassed WPS’ offerings.

In 1996, Kingsoft signed a deal with Microsoft to create Word and WPS interoperability. But in fact, this agreement just make it easier for Chinese consumers to switch. By the time Windows 97 was released, Microsoft was able to easily persuade users to switch to using the word processor already installed on their new hard drives.

While at this time the Chinese government began mass purchases of WPS, two factors began cutting into Kingsoft’s revenue. First, a price war between Kingsoft and Microsoft. Next, piracy kicked up on the mainland. Even though Microsoft was aggressively fighting piracy in the rest of the world, it decided that Microsoft’s global scale meant it could afford the short-term loss in revenue in China to gain market share.

According to a Fortune Magazine history of the conflict, "Gates argued at the time that…if [the Chinese] were going to pirate anybody's software he'd certainly prefer it be Microsoft's."

In 2002, Microsoft, confident in its market share, cut the legs out from under WPS by canceling their interoperability agreement. By that time, Microsoft had won friends in high places through strong government relations and a superior product. They offered the Chinese government the ability to peek into Microsoft’s source code and add their own cryptography. Microsoft was also able to engender goodwill by opening a Beijing research lab and putting money into local software startups.

These efforts and the extra billions Microsoft had to invest allowed it to take market share and bring Kingsoft to its knees. According to Fortune then-Premier Hu Jintao told Bill Gates when he visited Redmond in 2006: "You are a friend to the Chinese people, and I am a friend of Microsoft. Every morning I go to my office and use your software." 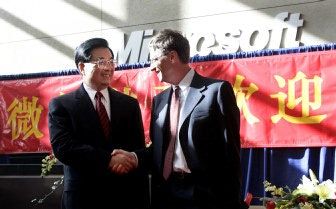 Yet in late 2008, Confident in their place in the market and eager to take advantage of Chinese users’ new spending power, a new Windows anti-piracy push renewed domestic security concerns.

This move sparked discussions throughout society. On the one hand, it was a legitimate action by Microsoft to defend its rights, and we cannot refute that. Moreover, China at that time had just stepped up its efforts to protect intellectual property rights and was cracking down on piracy.

However, Microsoft's decision to punish users rather than piracy producers and sellers still makes many resentful.

What's more, Microsoft showed that it could intrude into the user's system without the user's consent and carry out interference and sabotage actions.

Users who have become accustomed to Word are like lambs that have been fed by Microsoft, who were getting fat until this moment when they were taken to the slaughter.

This has also sounded the alarm bell for information security in our country.

Many large state-owned enterprises and government departments at the time were loyal users of Microsoft.

No one could guarantee that Microsoft wouldn’t invade the system, perform interference and sabotage activities, and do they wanted with user data.

And such concerns are not groundless.

According to Snowden ’s disclosures of the US "Prism" project, multiple US government agencies have asked Microsoft, Facebook and other companies for user data.

Computer expert Ni Guangnan, a member of the Chinese Academy of Engineering, stepped forward to publicly state that "China was held hostage by Microsoft."

However, if no independently controllable software exists, then there could never be real information security.

This moment is reminiscent of the 2018 ZTE ‘Sputnik Moment.’

At this point, WPS began to turn things around. As Sister Dan Dan writes, an RMB 5 million (about $710,000) contract from the government’s 863 Plan helped stave off bankruptcy. Future Xiaomi founder Lei Jun led Kingsoft’s effort to remake WPS from scratch for users now used to Word. The launch of WPS2005, and subsequent decision to make WPS’ personal version available for free, helped the product find its feet. The ability to beat Microsoft on price and nearly match it on features made WPS competitive for cost-conscious firms and government offices.

In 2011, Lei Jun, who while heading Xiaomi also worked as chairman of Kingsoft, pushed the firm to invest in mobile office software. Thanks to this decision, WPS beat Microsoft Office to market on Android phones by four years. They now boast a total global MAU of 310 million with government contracts in over thirty provinces and 69 Fortune 500 Chinese firms. With recent Chinese policy aiming to excise foreign software from all state offices, expect those contracts to only increase (farewell Windows 10: Chinese Government Edition).

But what’s good for the goose is good for the gander. Just as the Chinese government fears the information security issues inherent with foreign software, so will international firms take precautions with Chinese products. The same security questions that plague Huawei abroad will at some point confront WPS and Lark.