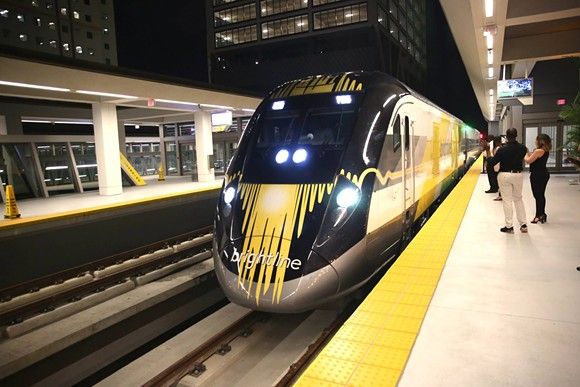 Two decades after Florida voters approved a measure to connect Orlando to Tampa via high-speed rail, Brightline has announced plans to finally move forward with this project.

The news of the privately held passenger rail company suddenly resurrecting plans left some confused. Florida Republicans have tried to kill the link multiple times, but this fully privatized rail proposal has, so far, not incurred their wrath.

A short dalliance with Richard Branson’s Virgin Group saw Brightline plan to rebrand as Virgin Trains USA, but that partnership was canceled in August. While the breakup's official reasoning was never given, the high cost of licensing the Virgin name and Virgin’s in-house cost-cutting both likely played parts.

The South Florida-based Brightline is already seeing success with its West Palm Beach-to-Miami service. New lines connecting Orlando International Airport to Miami are now under construction with a planned 2022 opening. Unlike nearly all of the South Florida line, this 170-mile Orlando leg has 35 miles of new train right-of-way, built alongside the Beachline Expressway.

The proposed Tampa connection is similar to this stretch, with all of the track being newly built, and mostly using existing high-speed-rail right-of-way along the median of I-4. Brightline plans to have a stop at Walt Disney World. Previous proposals also had a station in the Lakeland area penciled in, though it's unclear if Brightline plans to do the same.

Brightline’s Orlando to Tampa connection will have a small segment of existing track right-of-way. Part of the track could possibly be used by SunRail, allowing it to connect directly to Orlando International Airport. 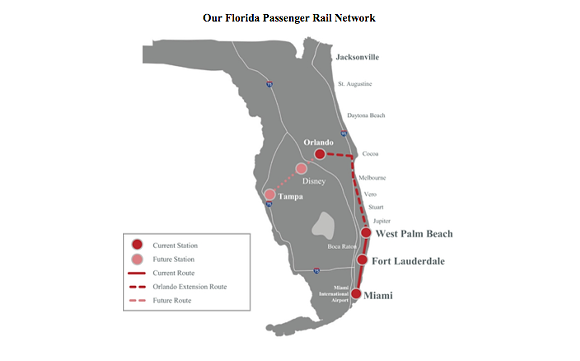 The new rail right-of-way alongside or on the median of interstates is also how Brightline plans to build its West Coast rail system. That line will connect Las Vegas to the outskirts of the Los Angeles metro area.

These custom-built, limited-access rights-of-way address many of the issues that Brightline has faced in South Florida, where it ranks as one of the deadliest railroads in the nation. Many of these accidents occur on railroad crossings, where trains cross surface streets. These have also proven problematic for Central Florida’s SunRail, which like Brightline, used existing rail rights-of-way that frequently cross over surface streets.

Like SunRail, Brightline typically uses its stations as a booster for local development projects, creating dense multi-transit communities near the stations. For SunRail, this has worked at some stations, such as in Longwood and downtown Orlando, but others are still years away from having mixed-use, transit-oriented developments within walking distance. But Brightline has already started purchasing property near its proposed Tampa station.

The Miami to Orlando International Airport service should launch by late next year, while the Orlando-Tampa route is expected to break ground in 2022, with an opening date of 2025. Meanwhile, the Vegas to LA route has been postponed until the market is better suited for bond sales, which are a primary funder of the project. 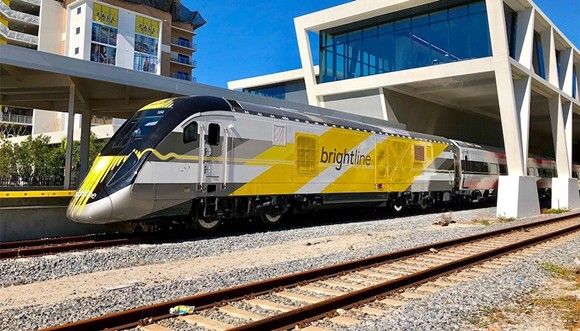 _
Please follow CDC guidelines and Orange County advisories to stay safe, and please support this free publication. Our small but mighty team is working tirelessly to bring you news on how coronavirus is affecting Central Florida. Please consider making a one-time or monthly donation. Every little bit helps.
|