The Right to Move Is Under Attack

Declining rates of interstate mobility show that many Americans are stuck where they are, consigned to the political decisions of governments they may profoundly oppose. 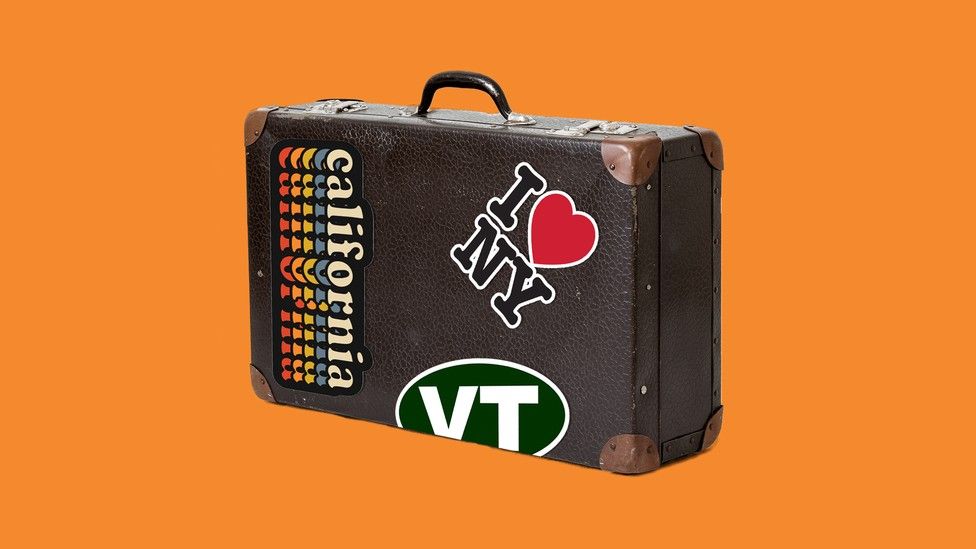 About the author: Jerusalem Demsas is a staff writer at The Atlantic.

For much of American history, freedom from an oppressive legal system could be found by picking up and leaving. During the Great Migration, millions of Black Americans abandoned the Jim Crow South for the North, Midwest, and West; at a smaller scale, LGBTQ people have long fled communities where they felt unwelcome for liberal cities. On some level, Americans—with our unique system of federalism—have always voted with our feet.

The ability to move is especially important at this moment, as the Supreme Court seems poised to overturn Roe v. Wade, empowering state governments to determine the abortion rights of millions. If abortion does indeed become a state-level issue, it will join a host of other civil rights and benefits that depend on location, including the ability to transition, protection from LGBTQ workplace discrimination, and whether teachers can discuss racism in the classroom or even reveal that they aren’t straight. Major differences also exist in social-insurance programs: Twelve states still refuse to expand Medicaid, and the coronavirus pandemic has showcased just how much public health and safety nets depend on one’s zip code.

Rachel Rebouché and Mary Ziegler: There’s no knowing what will happen when Roe falls

Blue-state politicians know that they can largely define how well rights are protected within their borders and, in the case of abortion, have promised to ensure ongoing access. After Politico published an article revealing that the Court may soon fully overturn Roe, California Governor Gavin Newsom pledged to enshrine the right to choose in the California Constitution. "We will do everything in our power to defend abortion rights in Connecticut," Governor Ned Lamont said. "Let me be loud and clear: New York will always guarantee your right to abortion," Governor Kathy Hochul stated.

What blue-state politicians are not doing is ensuring that people in other states can find refuge in Democratic states. For decades now, what was once commonplace—Americans moving from state to state—has been made exceedingly difficult, largely because of cost-of-living concerns. Declining rates of interstate mobility show that many Americans are stuck where they are, consigned to the political decisions of governments they may profoundly oppose, without an escape valve. Low-income Americans have also been forced out of expensive, typically blue states to less expensive, typically red ones, where their access to basic government protections may be nonexistent, but at least the average home price doesn’t exceed $600,000. Those who stay are resigned to watching more and more of their paycheck go to rent, and record numbers find themselves teetering on the edge of homelessness.

In a federal system, access to housing undergirds access to many of the civil rights Democrats claim they want to protect. If the price tag for those rights is $3,200 a month, that tells me all I need to know.

There is a clear class dimension to who gets trapped and who gets forced out. The economists Peter Ganong and Daniel Shoag have argued that in the "mid-twentieth century, low- and high-skill workers moved from low-income to high-income places. In recent years, as high-skill workers move to high-income places, low-skill workers leave." Income gains that come from moving to richer places are offset by rising housing costs, and for many low-skill workers, "rising house prices have eroded the gains from migration." Nowhere is this story more obvious than in the Golden State, which the Public Policy Institute of California finds has "been losing lower- and middle-income residents to other states for some time while continuing to gain higher-income adults."

Declining interstate mobility is not all about housing costs. But on this issue, states have immense power to make a difference. Contrary to the dictum that "all housing politics is local," local authorities always serve at the pleasure of their state government. The U.S. Constitution makes no mention of local government power, leaving it up to the states to distribute authority.

None of the underlying dynamics driving up the cost of living is unknown or even really contestable. Experts have been sounding the alarm for decades that escalating rents and home prices are the results of laws limiting the supply of affordable housing. Across the nation, including in the states governed by Newsom, Hochul, and Lamont, localities enforce exclusionary zoning policies that make it difficult or even illegal to build affordable housing such as small single-family homes, duplexes, and apartment buildings.

The inhospitality of rich, liberal states to the poor and working classes is a problem at the international level as well. During the recent Afghan-refugee crisis, resettlements to coastal areas foundered on the lack of available affordable housing. When the State Department released a list of cities with potential homes for refugees, it left off America’s largest progressive cities: New York, San Francisco, Los Angeles, Seattle, and Washington, D.C. Refugees are actually not welcome here, it seems.

Blue states can do so much more than secure the rights of the people lucky enough to already live in them; they can choose to become welcoming to those unlucky enough to live in places where they feel under attack. But, again, so far they have done the opposite, building walls of red tape even as they decry "Build the wall" rhetoric as xenophobic.

The Republican Party has made abundantly clear that its vision of a just society does not include access to abortion. The attacks on Roe did not materialize out of thin air; the end has obviously been coming. Democrats in blue states have not responded by making their polities havens for people fleeing oppression, and in doing so they have betrayed that the things they call "rights" are actually privileges for those who can afford them.