With so many new technologies and applications coming out every day, it is hard to know what they are and how to differentiate between them. It’s often easiest to lump the unfamiliar into something that seems similar enough.

That is what often happens with Arweave and Filecoin (or new projects like Sia, Storj, Tardigrade and Space). People assume that they are all part of a next generation of data storage built on blockchain technology, so they must essentially be the same. Right?

However, if we dig a little deeper into Arweave and Filecoin we will see that they are actually trying to do something quite different from each other.

What is the difference between Arweave vs Filecoin? While both are data storage solutions and have similarities such as being decentralized and built on blockchain technology, Arweave is focused on the problem of long-term data storage, whereas Filecoin is trying to disrupt the current storage market through a low-cost alternative to temporary storage.

Furthermore, Arweave is setting up an entire ecosystem for permanent applications that will allow for new types of experiences and economics for both users and developers, while Filecoin is offering storage for more traditional web applications.

Let’s dig into this summary to see how Arweave and Filecoin are actually quite different in their purposes and outcomes. 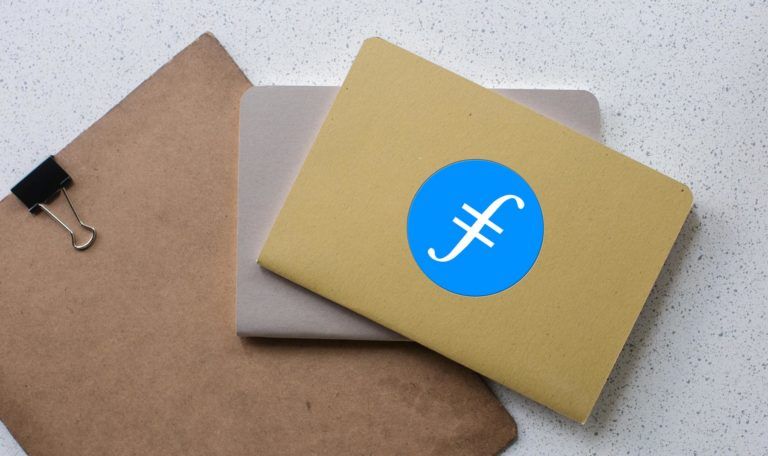 Filecoin would describe themselves as a decentralized network designed to store humanity’s most important information.

The main purpose of Filecoin is to create a large network of people to store data all over the world who are incentivized to store other people’s data.

Think of Filecoin as the Airbnb of data storage. Just like people rent a room or suite in their house on Airbnb, Filecoin wants to rent out the surplus data storage from servers all over the world. The owners of these servers can rent out space to you and me to save our data by the month.

Filecoin’s hope is that it will become a reliable and low-cost storage network able to disrupt the cloud storage industry dominated by massive companies such as Amazon Web Services, Alibaba, and Google. 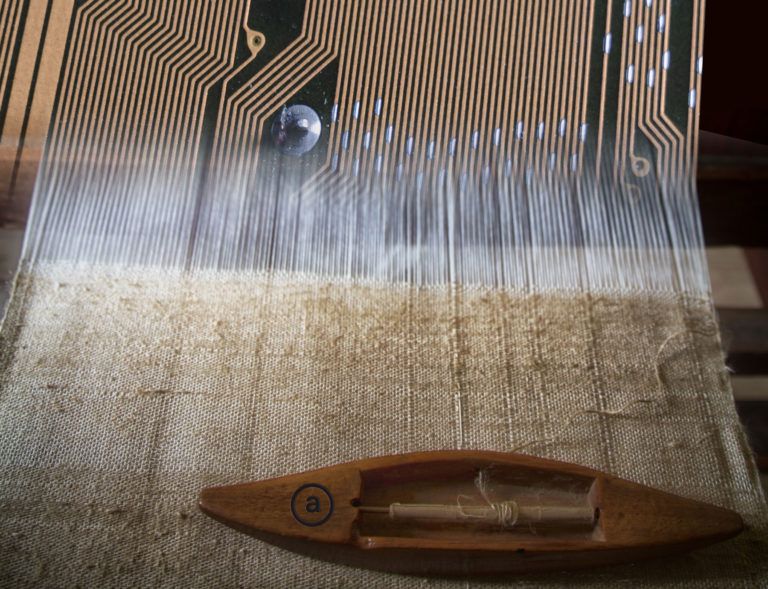 Arweave describes itself as a novel data storage blockchain protocol enabling a permanent web and creating truly permanent data for the first time.

When the founders of Arweave analyzed the current state of data on the internet, it was clear that the internet was not a good store of data for long periods of time. In truth, the internet was actually very fluid: upwards of 95% of all information on the web was lost every 20 years.

Therefore, the main problem that Arweave set out to solve was how to store data reliably for long periods of time. Their vision is to become a new Library of Alexandria, an ancient library built to be a universal deposit of the world’s knowledge.

As Arweave set out to solve this problem of long-term data storage they made an innovation to current blockchain technology and developed a unique incentive system for people to store data permanently.

Instead of a blockchain, Arweave made a blockweave. Similar to the way woven fabric is held together by multiple strands, the blockweave is held together by multiple linkages within the entire store of data. For example, the only way to add new data to the blockweave is if a server can recall a randomly-selected file (or group of files) that is already on the blockweave. Only those servers that can recall this previous random block get to store any new data. In other words, the ‘fabric’ of the blockweave is extremely dense. Files on the permaweb are linked and replicated countless times. This innovation in data storage along with a few new economic incentives for miners (those who store the data) create the conditions for data to be kept for very long periods of time.

The arrival of the blockweave has also unlocked several new features for data storage. First, it made the data both unchangeable and unable to be deleted. If copies of files are replicated countless times on servers all across the globe, it is virtually impossible to alter any file that has been uploaded to the permaweb.

Second, payments to store data no longer needs to be on a month-to-month basis. Instead, the permaweb works on a pay-once-forever basis.

The invention of data permanence has also allowed Arweave to enable others to build an ecosystem of permanent applications that can solve innovative problems on top of the Arweave protocol.

Now that we have an understanding of Filecoin and Arweave let’s look at the similarities between the two before we take a closer look at the differences.

Similarities between Arweave and Filecoin

The key similarity between Arweave and Filecoin is that they are both storage devices that use blockchain technology on a decentralized system.

Let’s use an example of storing a photo file.

If I take a digital photo on my phone, I have a lot of different options for where I can store it. Both Arweave and Filecoin would be glad to have my file. Once I select one of these services and upload my photo to their network, that will be its home. Easy.

Now Arweave and Filecoin get compared to each most often because of the way that they store that photo. As mentioned above, they both use forms of blockchain technology. Blockchain is simply a type of database that is optimized for taking in and storing information that cannot be changed.

Both Arweave and Filecoin are also decentralized, meaning there is no head office in Silicon Valley (or anywhere else) controlling their servers. Instead, servers are controlled by individuals (called miners) around the world who will store the data for a fee. Miners are bound by a set of pre-established rules, rather than the whims of a single corporation.

If a blockchain network is working properly, it will be built up over time to include thousands and thousands of miners who are sharing and replicating the data amongst each other.

Finally, both Arweave and Filecoin have their own form of digital currency as a way to pay for data to be uploaded to their respective networks. Arweave uses the AR token and Filecoin uses the FIL token.

With all of this in common it is easy to see why Arweave and Filecoin are seen as similar, but is this really an apples to apples comparison? 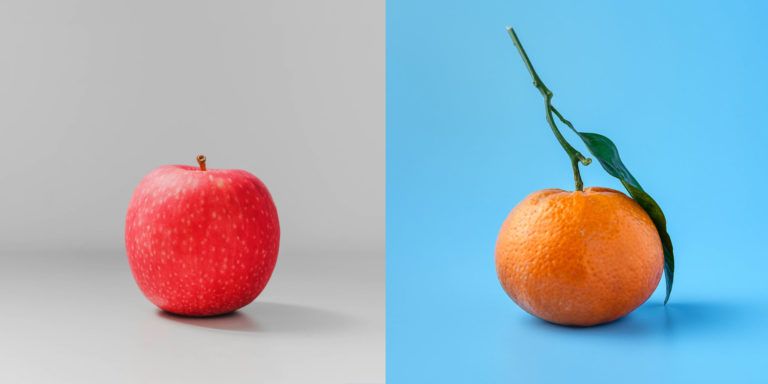 Differences between Arweave and Filecoin

Despite all of the similarities between Arweave and Filecoin, the founder of Arweave, Sam Williams, would say that they are fundamentally doing a different thing:

"Arweave is a zero to one change in allowing permanent data storage. By backing data storage by sustainable endowment structures, adjudicated by a protocol rather than a company, it makes it possible to store data forever with a one-time fee. Other projects in the decentralized storage space appear to be focused on providing costs competitive compared to Amazon and other centralized providers."

Filecoin is providing a service that is essentially the same as other providers: data storage at a monthly price. The main difference is that Filecoin uses a different and potentially more cost-effective method behind the scenes to provide this temporary storage.

Arweave is providing a service that is fundamentally new to the marketplace: data storage over long periods of time through a one-time payment method that, also, allows for a new type of permanent application to be built on top.

If you look at a piece of data being placed into the two networks there’s nothing inherently built into the Filecoin to guarantee its permanence. If your Filecoin bills go unpaid, your data will be deleted. By contrast, Arweave is built to ensure data permanence: miners have to refer to data that was previously stored proving they still have it.

The fundamental difference and biggest potential for Arweave going forward is that they are building a new ecosystem of permanent applications on top of their protocol.

This is Arweave’s main focus going forward: incubating a growing number of permanent web applications that interact with their protocol. The ability for what these permanent applications could potentially be is a game changer for both developers and users

Arweave calls these permanent web applications profit sharing applications because they have the same attributes as Arweave itself: they are permanent, based around a token, governed by the community, and have economic incentives that are in line with the developers and users instead of corporate executives.

Similar to a co-op, these profit sharing communities are designed to ‘share’ profits between the developers of the applications, the users, and the holders of the tokens. ‘Profit sharing’ is not just a clever name!

Profit sharing communities change the incentive structures of applications to create a better alignment between the developer and the user, and allow both to participate more fully in the success of an application.

There are already a number of applications being launched such as:

For a deep dive into profit sharing applications and communities and how they flip the script on traditional corporate profit structures please go here. 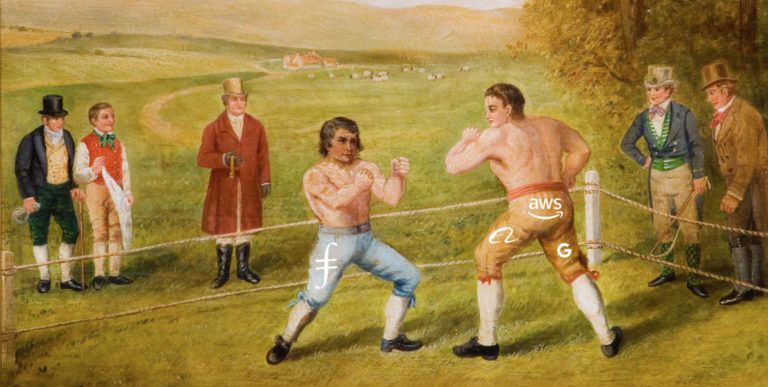 How will these differences play out in the market?

Filecoin will need to be able to compete on price if they are going to be successful in the cloud storage market. Their main competitors are incumbent tech giants like Amazon and Alibaba. They may be able to charge a premium due to the secure and decentralized nature of their network, but they will need to be price-competitive with the giants of the world to survive over the long term.

This will not be easy for Filecoin as the large centralized companies have a competitive advantage with economies of scales to keep on reducing prices over time.

If you have data that you want to keep for shorter periods of time and are fine with paying on a month-to-month basis, Filecoin could be the right service for you.

Arweave looks to forge a new market for long-term permanent storage. One of the hardest things to do in business is to innovate a product into a market that has never been developed. (This is probably why people often compare Arweave and Filecoin: we tend to group new things into categories we already understand.)

There are many early adopters to Arweave who see the value and use cases for permanent storage. Ironically, some of the biggest early adopters of Arweave are other blockchains (like Solana) who want to ensure their own blockchain data is kept in perpetuity.

But most people aren’t even aware that permanent data is an option. Mass adoption will require greater awareness, public discovery and developer education. The general public will begin to care about Arweave when they see it solving problems that can’t be solved in any other way: lawyers who need to save contracts permanently, historians who want to archive one-of-a-kind documents, artists who want to ensure their work reaches future generations.

Long-term data storage is a new, exciting, and sometimes confusing concept. And it really is in its infancy. As this new type of relationship with data has been made possible, it will be fascinating to see how it plays out in the marketplace in the years to come.

So what are we to say between the comparisons of Arweave and Filecoin?

Although both have obvious similarities in that they are both storage solutions built on decentralized blockchain technology, the fairest statement to make is that they are trying to solve fundamentally different problems.

Filecoin is looking to disrupt the current storage market by providing a low-cost decentralized temporary storage solution that is better than Amazon or Alibaba.

Arweave is looking to provide the solution to long-term data storage, and enable a new wave of permanent applications to be built on top of it.

2 thoughts on "Arweave vs Filecoin"